(And Why You Should) 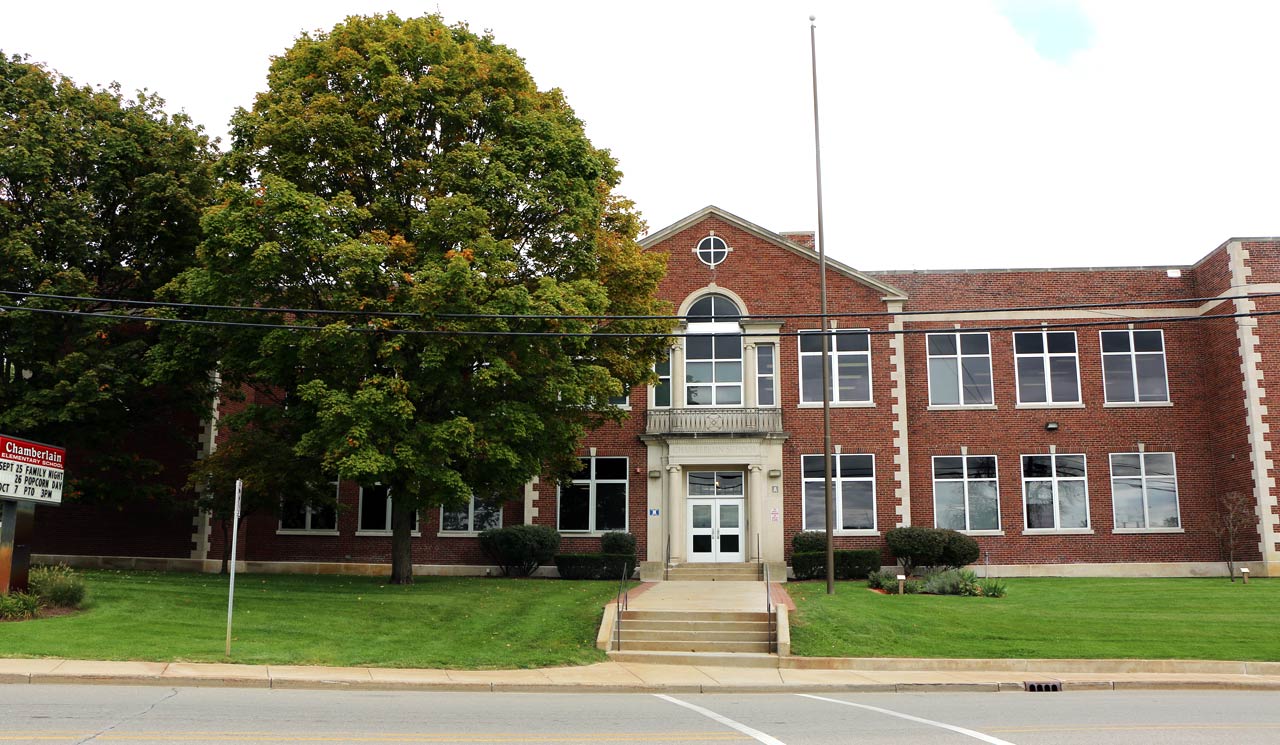 Before we moved to this neighborhood, we were part of a robust public school system, one that prompted more than one homeschooling mom to say, “I wouldn’t be homeschooling if I were in that school system.” It ranks as a favorite in this area, and our experience was positive, if not perfect.

Back then, I didn’t give this topic much thought, mostly because I didn’t need to. I lived where the living was easy. My involvement never went beyond taking birthday treats to Calvin’s classroom and showing up for programs. I never considered joining the PTO and I actually saw parent involvement in the classroom as unnecessary and even a bit overbearing. After all, parents were never in my classroom when I was a kid.

Of course, most of this was unfounded. I was lulled into apathy. I’m sure our previous school system could have used much of the same support I’m quick to offer now.

It’s difficult to pinpoint exactly what it was that flipped the switch. It was probably a combination of things. For one, I was curious about what exactly went on inside that old, brick building. I wanted to nose in and sniff around. Basically, volunteering provided a good cover for my latent helicoptering.

Once I was in, it was impossible not to notice the level of excellence among the teachers and administration. I saw the lack of parent volunteers and quickly realized I had something to offer.

Even more than that, I became consumed with the swarms of little people. I was probably compelled to them even more, knowing the vast majority of them were low-income, marginalized, struggling in ways that were foreign to me (but ways I was becoming more aware of with every passing week.) There is something about seeing a child’s innocence and having a hunch about the path in front of them. For me, it inspired action and it galvanized my belief that all children deserve equal opportunity and all children have the same capacity for success.

The majority of students at our neighborhood school are locked into generational poverty. Their parents might be less involved in their education for a number of reasons, most likely not because they don’t care, but because they are working (often multiple, low-paying jobs) or because a language barrier keeps them removed. Our school responds to these unique needs with great sensitivity and creativity. Every paper that comes home is bilingual, and they cater to the schedule of working families who may not have access to transportation. Both breakfast and lunch are provided free for all students. From kindergarten, there’s an emphasis placed on the potential of the students, with the eventual goal of attending college.  Right now different roads are being paved for these kids. These early years carry the weighty responsibility of teaching them to love and value learning. I suppose I want to be a small part of that. It feels important. 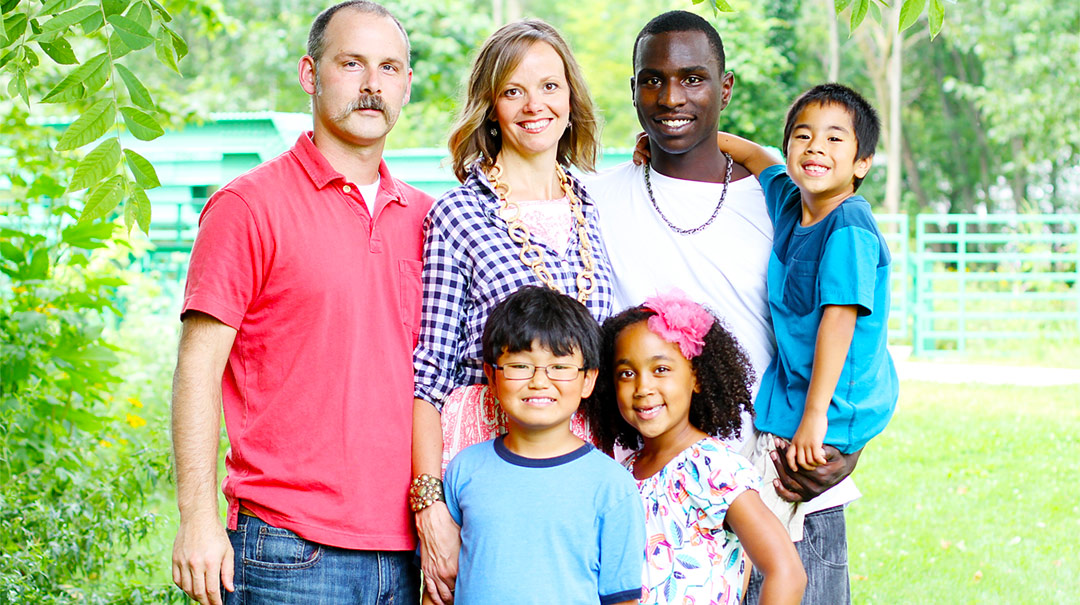 Shannan and Cory are pictured here with their family. Shannan is a full-time mom, and Cory is chaplain and executive director at the Elkhart County Jail Ministry.

I understand the United States educational system is broken in many ways. We are lucky to have landed in a Title I school where the administration has not simply thrown up their hands. By and large, they work tirelessly and with passion. I don’t know what I would be writing right now if our school was resistant to parental involvement or if I got the sense that the teachers didn’t give a rip. I don’t know if my resolve would be worn down if the classrooms were constantly chaotic, or if it were obvious that my kids weren’t being taught to their potential.

Maybe you read the lively riot of comments in yesterday’s post, so it may be redundant, but this is what my family was called to. (And just as your callings and your reasons do not threaten ours, I hope ours don’t threaten yours.) We were called out of several layers of fear into a crumbling neighborhood with an “under-performing” school two blocks down our street. It wouldn’t have made sense for our family to move here, want to live among our neighbors, and then decide that their children’s education is unfit or inadequate for ours. By educating our kiddos with the rest of the kids in this neighborhood, we have a greater incentive to see that a quality education is being offered, which benefits the entire community.

We are privileged to live in a country that allows the freedom of choice, and this is how we exercise our choice. We choose what is seen and even described by many as less-than, and we find so much more than we could have imagined. We had no guarantee that this would be the outcome, but we’re so thankful it is. In making this choice, we’re choosing stubborn optimism and hard work. We’re choosing to see the opportunity to care about our entire neighborhood while caring for our kids at the very same time.

It’s a reality that low-income students do not perform (on average) as well as other demographics. As such, low-income schools typically do not perform as well, at least on paper. The roots of this under-performance issue are tangled. I’m not knowledgeable enough about our educational system to solve that larger problem in one blog post.

What I can do is offer some suggestions on getting involved and being a presence in the local public school system, particularly in the under-privileged schools where resources (money, time, etc..) are non-existent, and many of the students are more worried about not having adequate heat in the winter or enough food in the house than they are acing their spelling test or mastering the elusive cursive Z.

Many of these ideas may sound small, but I can attest to their impact:

Volunteer your time in the classroom

Even one hour a week can make a big difference to a teacher who is past capacity. There’s a good possibility you’re the only volunteer they have, and their appreciation will probably be obvious. Even if she’s not the overly-appreciative type, by taking some of the busy work off her hands, you’re essentially handing her the gift of more time to provide quality education to your child – and all the kids. Win!

The PTO gave me a quick segue into the culture of our school by offering many outlets of involvement and connecting me with other moms who care about our school. These were some of my first friends in our new community; our shared concern for the students bonded us quickly. These opportunities also gave me a chance to start getting to know the kids, and as many of you mentioned in the comments, it’s pretty awesome to offer a little piece of your heart to these brave little people whose lives probably aren’t as simple as they should be.

I had no clue how important this could be to a low-income school before we arrived here. This is such a simple thing that so many of us take for granted. I was shocked to learn each Box Top for Education is worth ten cents! Collecting, sorting, and clipping can be a time-sucker but totally worth it. Start sending them with your child or if you don’t have a child in a public school, send them to your local public school anyway. It’s essentially free money, and I have to believe your caring generosity would wow any school.

Chamberlain earns thousands of dollars each year, and these dollars can be used for things like building a new playground or funding field trips (just to name two). I was surprised to learn that many of these things have to be community-funded, and when the community is dirt poor, that capacity is seriously limited. Every dollar, and every box top, counts!

I’ve talked about this before, but we visited our church for the first time because it’s a block-and-a-half away. We stayed because their mission statement is centered around serving the neighborhood and the school. We’re constantly blown away by how they have chosen to bloom where they’re planted, honoring the call to love the poor around them, and doing so with much authenticity and heart, never to proselytize, but to be present, supportive, and encouraging in very tangible ways.

For example, our teeny, tiny, white-haired church serves dinner to the teachers and staff on Parent-Teacher Conference day, a day that runs them all ragged. A hot meal they can grab on the fly shows them we value their hard work. Our church also provides tutors to the Boys & Girls Club located next to the school and collects box tops. In December, they staffed the gift-wrap station at the Santa Store (one of the wrappers was a dear friend of mine who happily home-schools her son!), and the following day, Mike showed up as Santa, with our pastor as his Elf. 🙂

“Church involvement in schools is often limited to lobbying for prayer in school or protesting the science curriculum. We’re very quick to judge what is being done wrong, or what doesn’t line up with our theology, meanwhile, these kids are hungry or even homeless, the schools are under-funded, the teachers are over-worked. There aren’t enough volunteers. We are missing out.” – Educating All God’s Children by Nicole Baker Fulgham

Meet with the School Counselor

One of the first things I did when we moved was schedule a meeting with our school counselor. I probably freaked her out a little with some of my crazier ideas and my unbridled enthusiasm, but a month or so later, she contacted me with a very tangible need: laundry soap. She offered no details, and I didn’t ask. I just bought a bunch of laundry soap and dropped it off at her office. Being familiar with the counselor is key because they have a deep understanding of the population and its needs. And, I would imagine, they don’t have people banging on the door to offer help.

That’s my list, and I’d love to hear your ideas in the comments.

So happy and honored to be in the trenches with you guys, wherever your trench happens to be. The internet has its detractors, but I see it as a source of encouragement and support, and you inspire me to be more compassionate all the time.

Thanks for letting me talk, even when our feelings differ.

This is community. Let’s push ourselves to take it out there because we all need the same things.

In her blog, Shannan shares honestly and with humor about family life, faith, and community.

She’s on a wild journey, learning to embrace thrift while still living a life that inspires creativity.

She pretends to be crafty now and then, loves books and color, and she’s the unofficial expert on not-too-spicy salsa.

You can find her at Shannan Martin Writes.