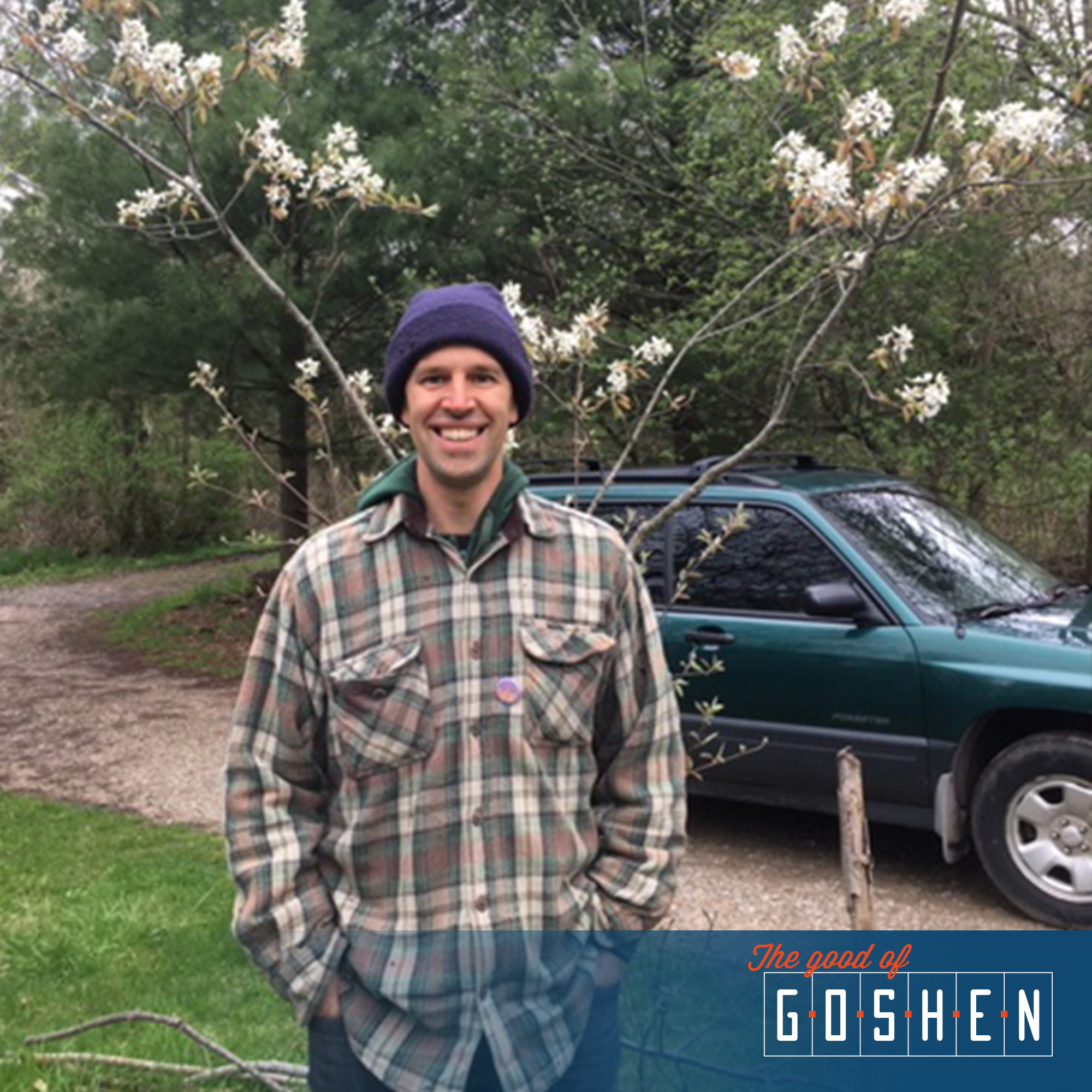 I’ve been the city forester since 2006. I am Goshen’s first city forester. A friend of mine who was on the Tree Board at that time told me the city was looking to hire somebody so he said, ‘Hey, apply for this.’ And I did.

The basic piece of the job is caring for the existing trees, especially in public spaces like parks and public right of way along streets and at public buildings. There’s also planting and making plans for planting where there are spaces that should receive trees. That means inventorying our public trees and analyzing that data, making larger plans for a canopy goal. It means engaging the public quite a bit to help them understand why trees are valuable, and educating about the public infrastructural role of trees.

Certainly we’ve had to scale back some things because of the virus. We would have been doing a lot of pruning, especially of young trees, kind of training them. We’ve had to put all that on hold. It is outside work, but the logistics of moving different sets of people around to do that kind of work just became hard to figure out. We’re also doing a smaller planting this year, just because of the staffing: How do we put together the staffing and feel safe about doing that kind of work? We have a volunteer tree watering program that runs through the summer, and we’re trying to figure out how we’re going to make that work, too. Just because of the proximity between people that’s required to pull that off.

One of the big projects of the city’s new Environmental Resilience Department is to create a climate action plan, both for the local government and for the community. We were having a series of live face-to-face meetings to help people start thinking about some of the issues surrounding the climate action plan, and to talk about exactly what the heck it is. Because that’s important to know, too!

We’d had a series of those meetings already before things kind of shut down, so we moved all of that online. We haven’t yet figured out how best to have the meetings that are directed specifically at climate action planning, because we needed those to be more interactive meetings, a conversation between the public and presenters. But I feel we are getting close to figuring out how to do that.