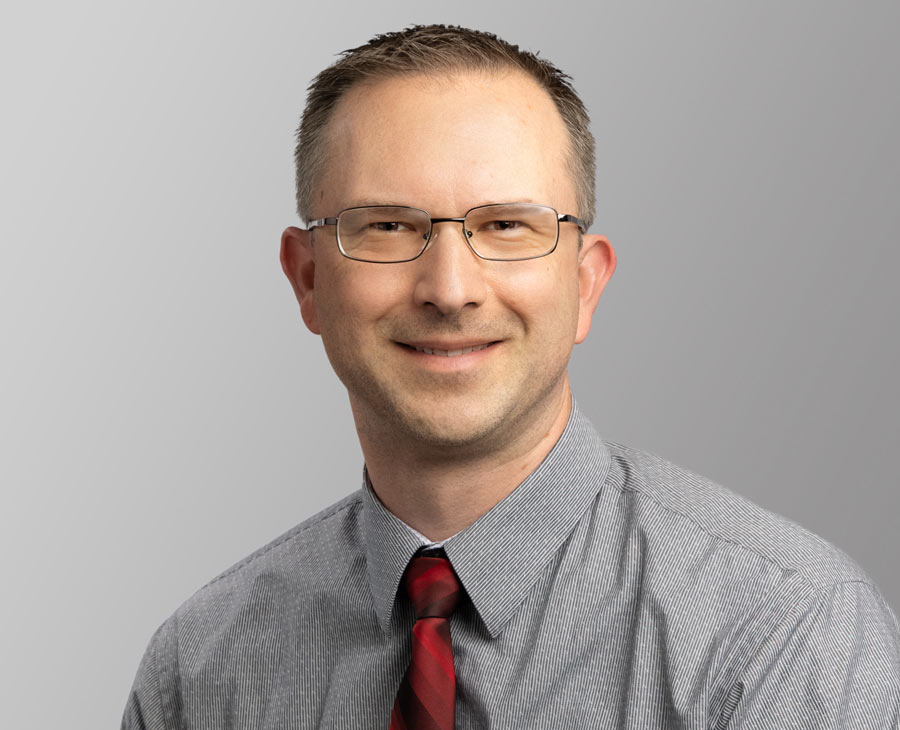 A little over five years ago, Abonmarche came to Goshen and acquired [Brads-Ko Engineering and Surveying]. We’ve been looking for an office space downtown ever since.

We work with the city of Goshen and with Elkhart County. To attract talent and staff, we wanted to have a place in downtown where we would be able to walk and have lunch and for our staff to enjoy.

But for the first couple of years, nothing.

Downtown Goshen is hot right now. We looked at several spaces, and they weren’t right for whatever reason. The challenges were trying to find the right space that would work for what we do. One of the main services we provide is surveying, so we have trucks and need space to accommodate those. The places we toured in downtown Goshen — either the parking wasn’t right, or we wouldn’t have a garage.

And then we started helping the owner of the Hawks Building, Scott Sivan, with his apartment units.

Abonmarche was leasing the building we were in and [Scott] just threw it out there: ‘Would you like to have an office in the Hawks Building?’ We were the architects of record, so we were helping him lay out the building improvements and how he envisioned it.

So, in the end, we kind of got to design our own space. And with the Hawks Building, we were able to work out a way for us to have a garage, and the city decided to do the parking lot out front. Since we’ve moved, we’ve added three or four people already. The new office has given us a larger workspace. We were tapped out at our old space.

We like it. We think it’s a cool location. 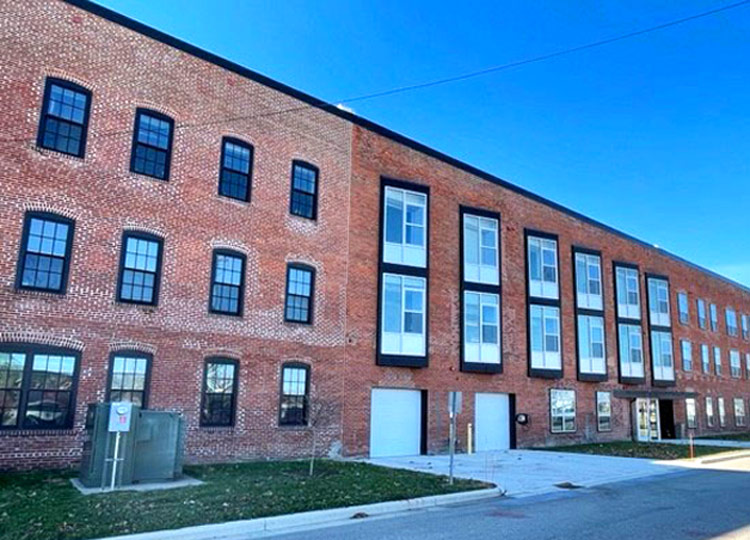 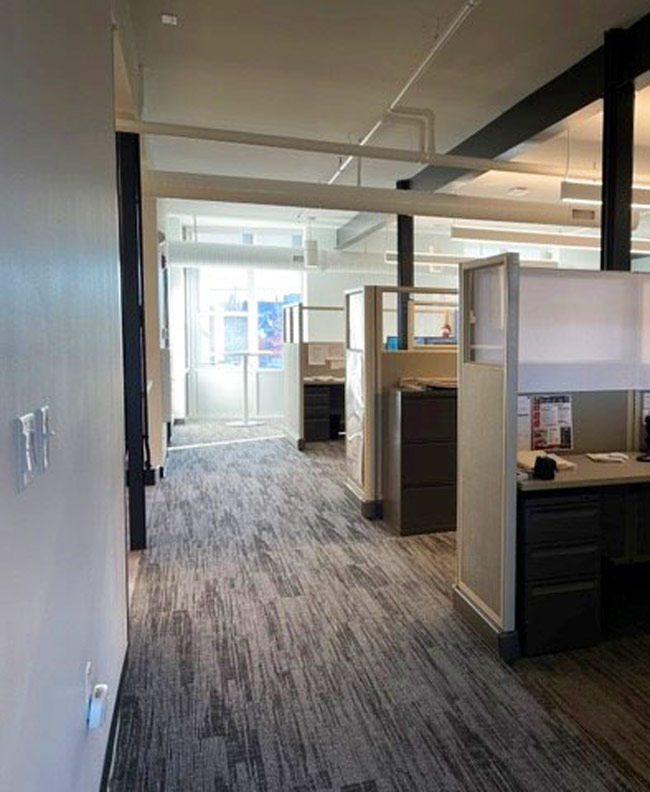 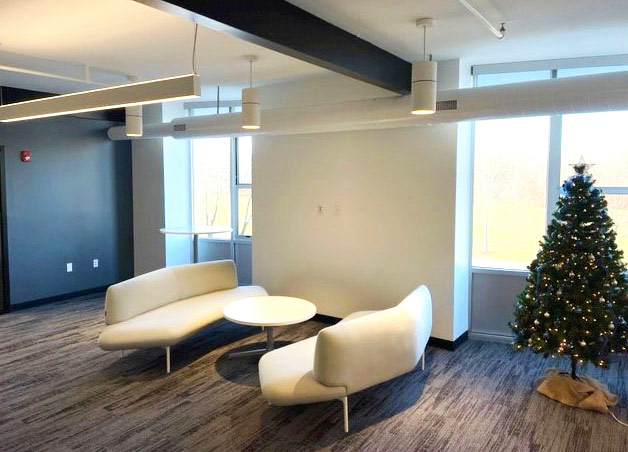 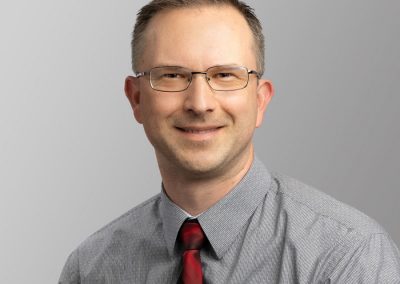 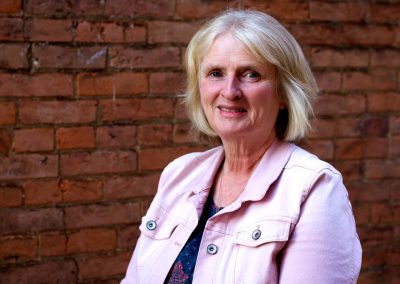 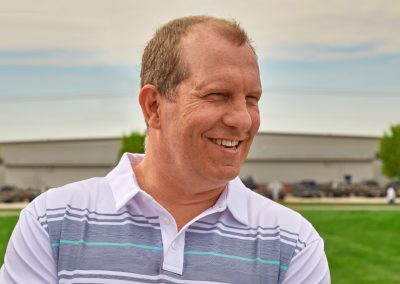 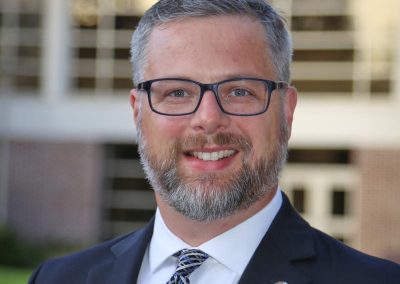