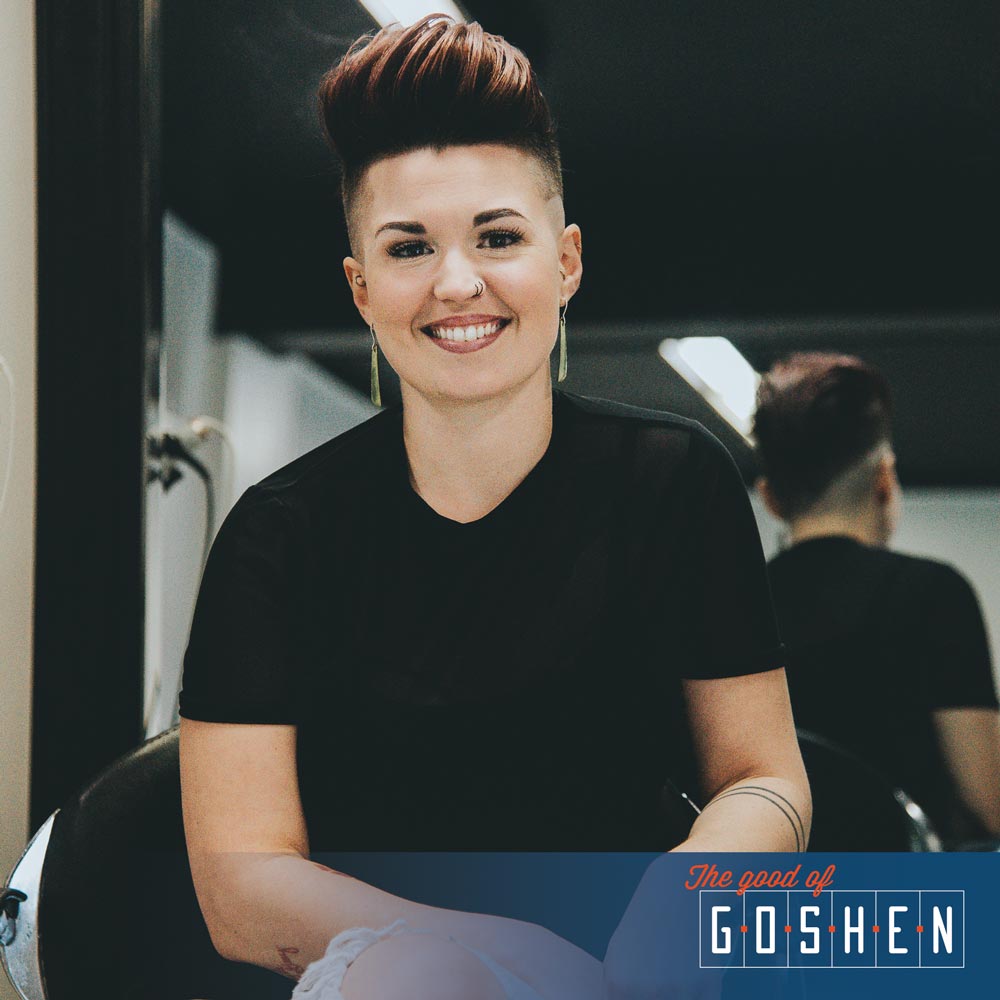 I would classify myself as an inventor for innovative color and trendy haircuts. When I originally started working with hair in 2005, I set a goal that in 10 years I would open a salon. I didn’t open it until 12 years into my career, but I was still pretty close to my goal. I opened in downtown Goshen as The Color House along Main Street in the fall of 2017 and opened on East Purl street in February 2019. I recently hired two new girls to work here and help with the expansion.

I was actually born in New York, and later on, I was mad because we moved away before I could really experience it. So I really grew up in New Paris, but I’ve always felt bigger than a small-town person. We moved to New Paris when I was 4 months old, so Goshen has been part of my life, and I’m kind of like a local. Growing up, Goshen was always the “big bad city,” haha!

The beautician stuff started while I was at Fairfield High School. I went to beauty school there and graduated with my cosmetology license, and have now been doing hair for 14 years. My intention was to move to Los Angeles and do theater makeup. That was expensive, though, so I started at a salon here instead. I also ended up getting married and staying around here.

I started at New Image and was there for nine years and then moved to a place called Hat Heads. When I was there I started with an international company called Pravana. I was there for 18 months and taught styling in the Northern Indiana region. I’ve always been able to stay busy behind the chair. I got to travel to L.A. two times within those 18 months, and I loved that the job allowed me to travel. During one of my trips to L.A., I got to train under a really well-trained barber named Elijah Mack, who used to work with Pravana.

Professionally, I hadn’t really thought past my 10-year goal too much, but now that I’ve actually done it, my new goal is to open a beauty school. The reason I feel I stand out is because of the type of education I’ve received. I don’t think I’m any more special than anyone, just that I’ve been very lucky to have had a lot of great teachers. It’d be great to help stylists in the area to be able to work from the ground up and make a living for themselves in that way.

As far as Goshen, I love that so many of the Goshen downtown business owners are female. I also love that there are a lot of places that are trying to keep Goshen active. Common Spirits and Goshen Brewing Company are a couple of our favorite places!