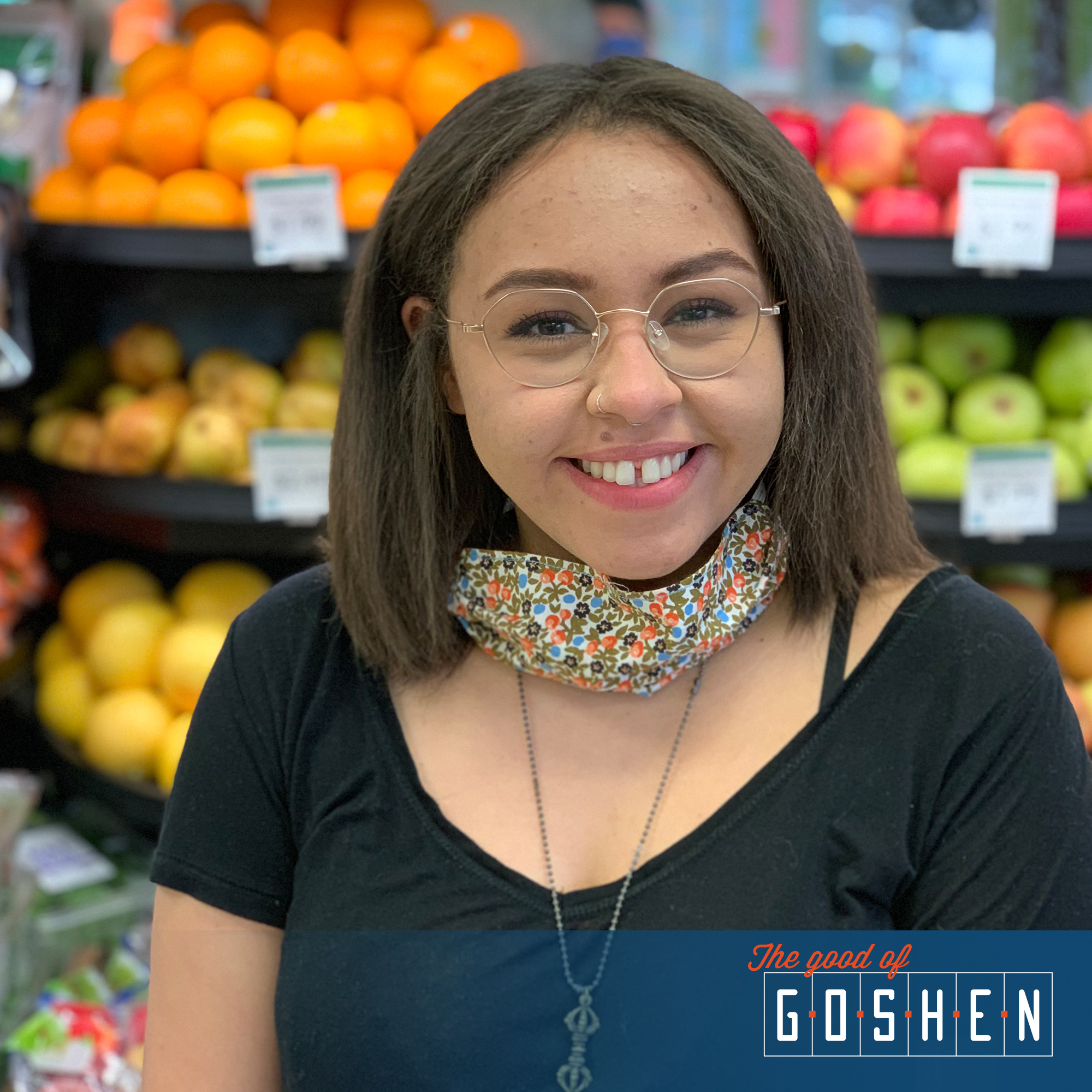 Right from the get-go we realized that we have a lot of traffic here and that that’s the first thing we need to address: how to keep our staff and keep our people safe in general. That was always our priority.

We’ve received several positive comments through email, Facebook, and in person about the measures we’ve taken.

We didn’t make everything up on our own. As soon as it started happening around the country, there were group emails flying around from co-ops nationwide sharing ideas about how we were going to do this.

What I’ve heard from a lot of other communities with food co-ops is we were putting things in place before the other grocery stores were. We were putting up Plexiglas shields before they were available on the market. Now you can buy them. We had ours custom-built by a local contractor.

We are a community-owned grocery store. We are organized as a cooperative so that every owner has one vote. We’re a democratically-controlled business and we’ve been in business since 1975 serving the Goshen community. We were formerly known as Centre-In Food Co-Op.

We emphasize products that are locally produced, organically grown, and fair-trade products. We are part of a nationwide network or association of about 200 co-op groceries. 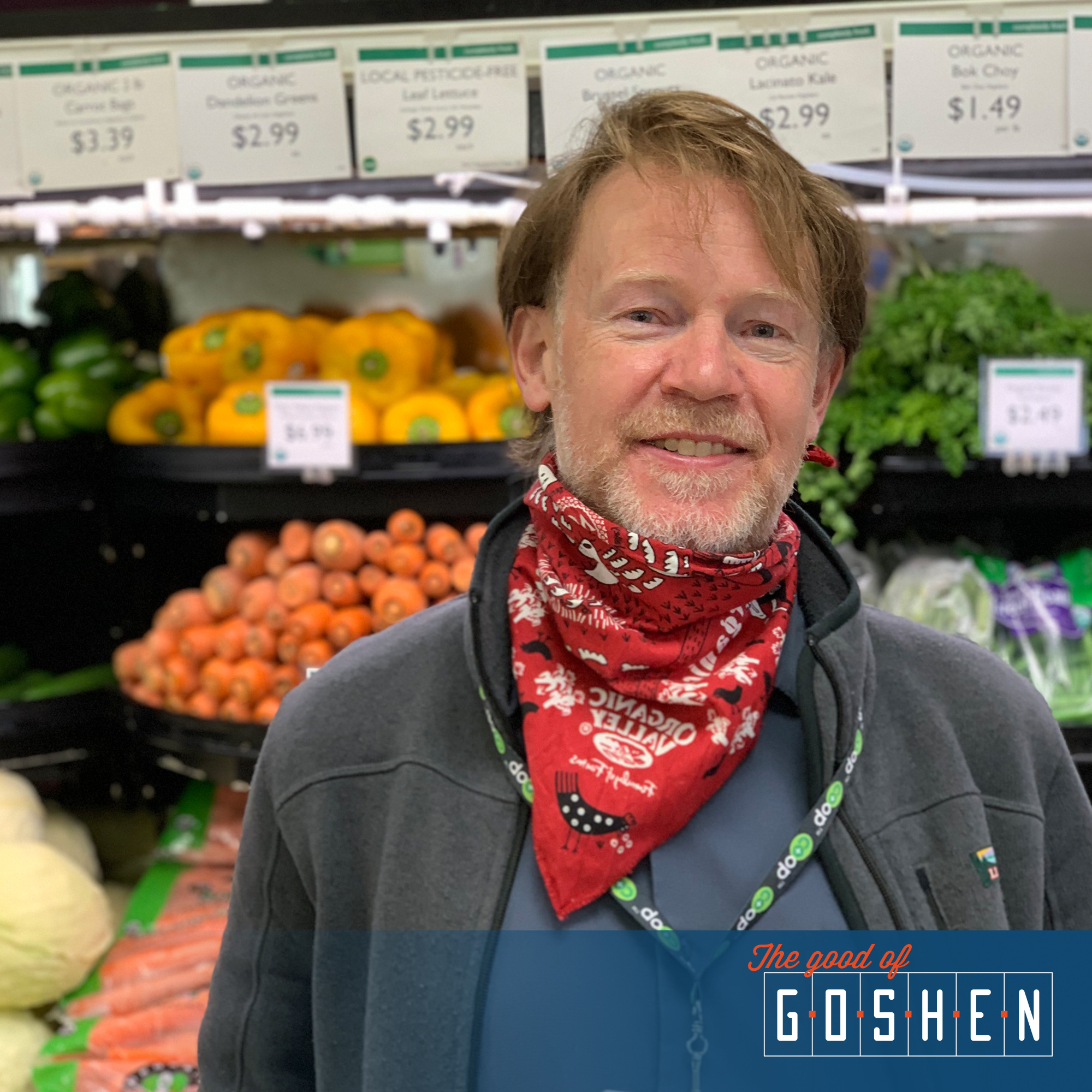 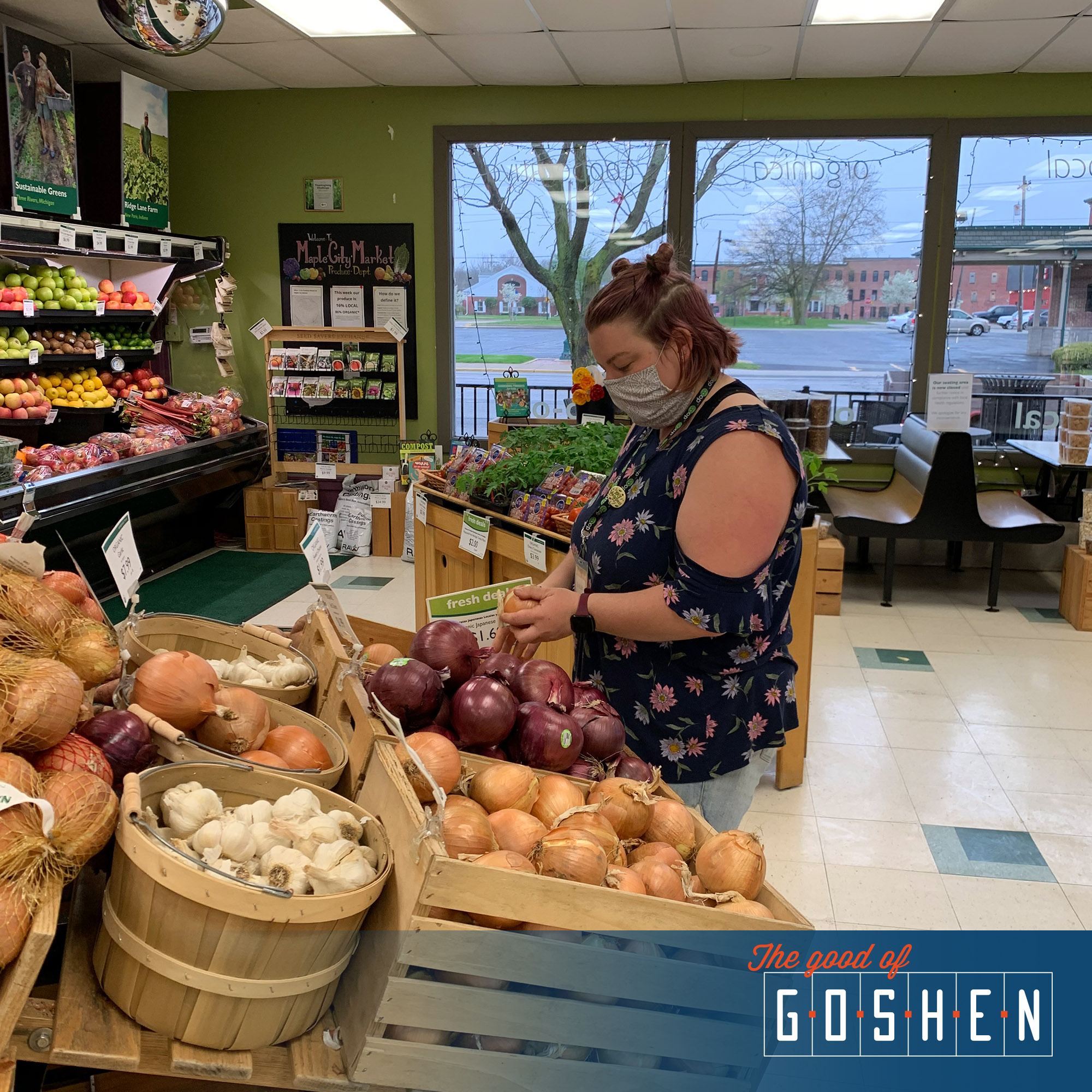