Answering the Question, “How Does Goshen Do it?”

The Good of Goshen, A Storytelling Initiative 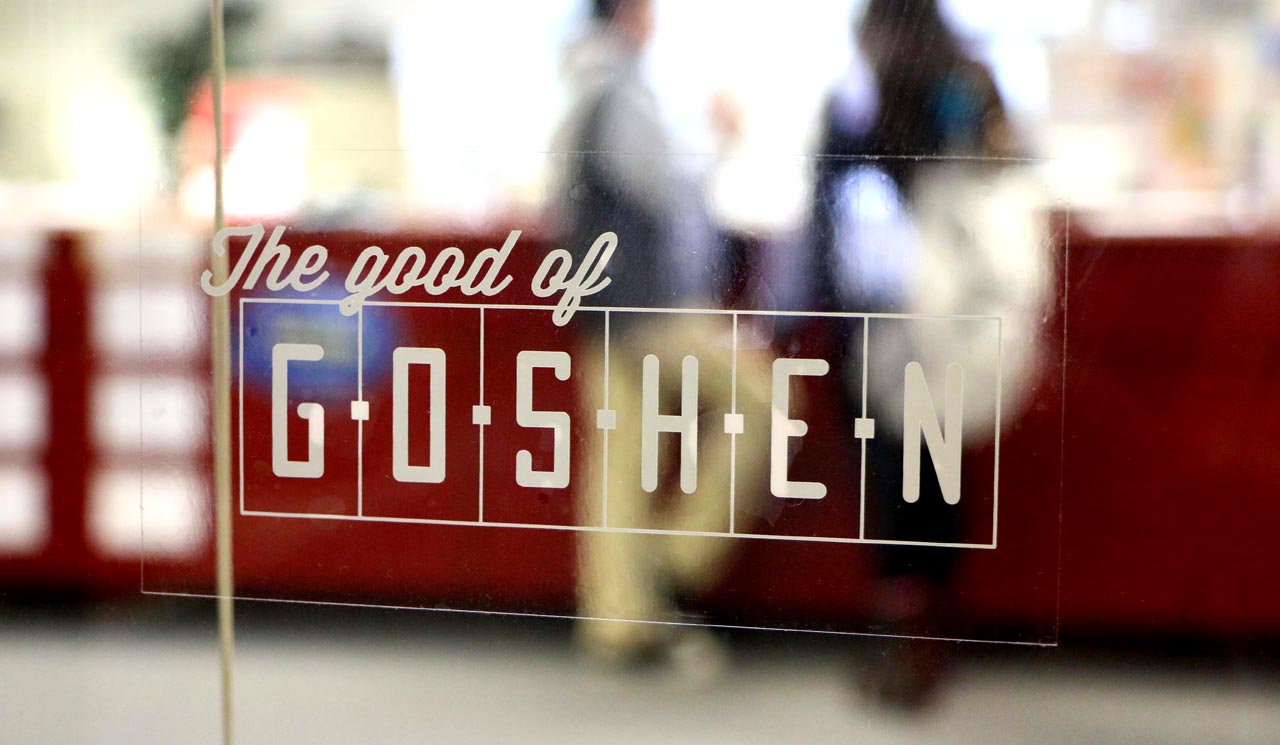 Over and over again, people have asked the question, “How does Goshen do it?” By all accounts, this sleepy Indiana town shouldn’t be a vibrant arts community, a globally competitive educational environment, a community that celebrates immigrant successes, a place where contributing to the common good is so fundamental to the way of life that most take it for granted — but here we are.

There is no single way to answer the question,”How?” There are hundreds. So, when community leaders from the City of Goshen, Goshen Chamber, Goshen Schools, and Goshen College came together and formed a partnership in order to try to answer that pesky question, they determined that they needed to comprehensively communicate all the ways Goshen has been made great. And there’s no better way to communicate an idea than to tell a story. Thus, the Good of Goshen was born.

The Good of Goshen storytelling campaign identifies people, places, and organizations that work together to make this small city spectacular. It seeks to recognize the people who often get overlooked. Sure, there are mentions of notable community leaders [movers and the multi-generational shakers] but by and large, school teachers, students, immigrants, entrepreneurs, and ordinary folks comprise the subject matter for the Good of Goshen.

As the first season’s stories came to a close, a few members of the team reflect on what they’ve learned through the first year.

“Every time I read a new story or see a new video,” said Ben Stutzman, co-owner of Eyedart Creative Studio (Goshen College ‘90), “There’s more affirmation that I made the right choice to move here from San Francisco 15 years ago to make this my home and start a business. You can’t read about the artists, creatives, and entrepreneurs who are shaping our city and not be impressed. This stuff just shouldn’t happen in a town this size.”

Ben points to a few notable examples of some extraordinary collaboration and community support: When Goshen Community Schools needed to add more space to music and physical education classes, build a new pool and make additional improvements to the middle school and high school, the Goshen community voted for that to happen. When it came to light that the Goshen Theater, a staple of the downtown that has stood for more than 100 years, was starting to deteriorate, a bipartisan group of people joined together to give it new life. Similarly, a local group has begun a crowd-sourcing project called Goshen Funded to help local people support community projects.

Handling the video component for the project was Goshen College’s video production company, FiveCore Media, with Kyle Hufford and Taylor Stansberry (GC ‘10) directing. Stansberry was inspired by the dedication to community expressed by the subjects she interviewed. “For me, the best part of working on the Good of Goshen campaign was to get out into the community and discover all the people and places that are contributing and doing wonderfully amazing things. Things that are somewhat behind the scenes and not actively publicized, but are nevertheless working for the common good of this community.”

Hufford explained that the Good of Goshen project exposed the many varieties of “good” found in Goshen, within a single, handy format. “There has been a greater sense of awareness about who Goshen is. Trying to figure out an identity for a town is not an easy task. I think the GOG campaign has helped to articulate this complex concept in one easy-to-consume spot.”

Capturing this essence wasn’t always a breeze, as the video producers were often caught off guard by obstacles outside of their control, such as struggling to dodge the sounds of train horns while shooting a clip. But the community made it all worth while, as Hufford explained, “The reward for us is to hear from people who see our videos say, ‘I didn’t know Goshen had that.’”

David and Carrie Lee Bland-Kendall provided support for the videos, working directly with FiveCore Media and their production and postproduction team. David Kendall has seen actual proof in the power of Good of Goshen stories to attract people to Goshen. “We have friends who showed the website to their mother to entice her to move from her home in Wichita, Kan. She read the stories, saw the photos, watched the video stories, and then moved here!”

Kendall also feels the stories “give locals a great framework to legitimately brag about our community and the people that comprise it. It’s a great ‘calling card’ for artists, entrepreneurs, and those seeking a better quality of life.” 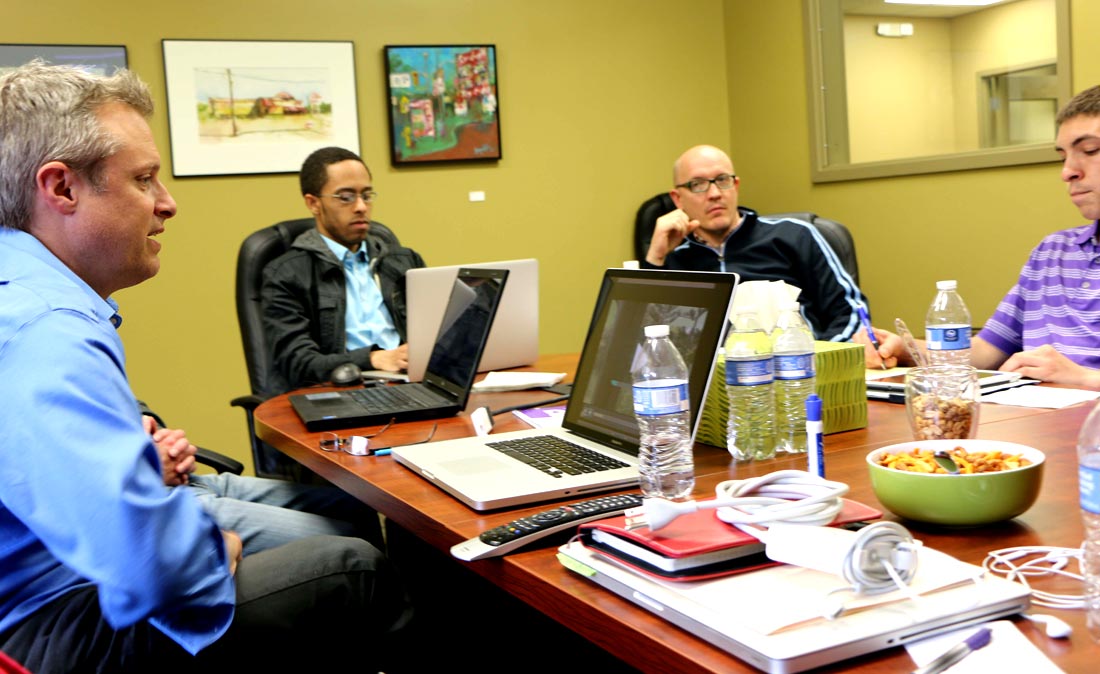 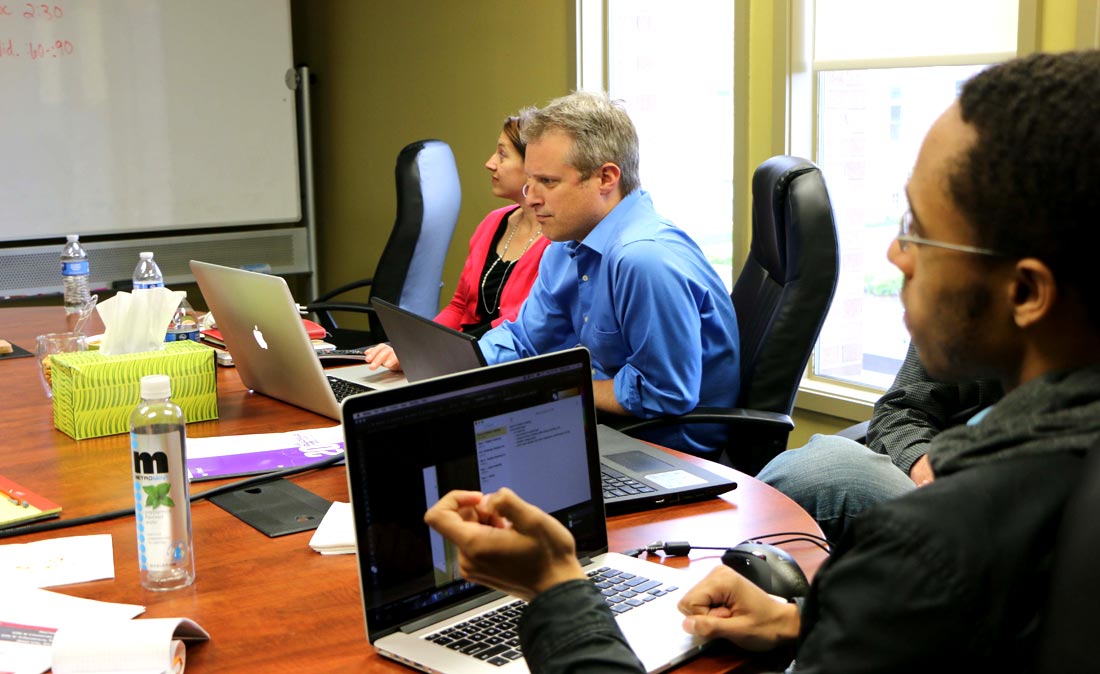 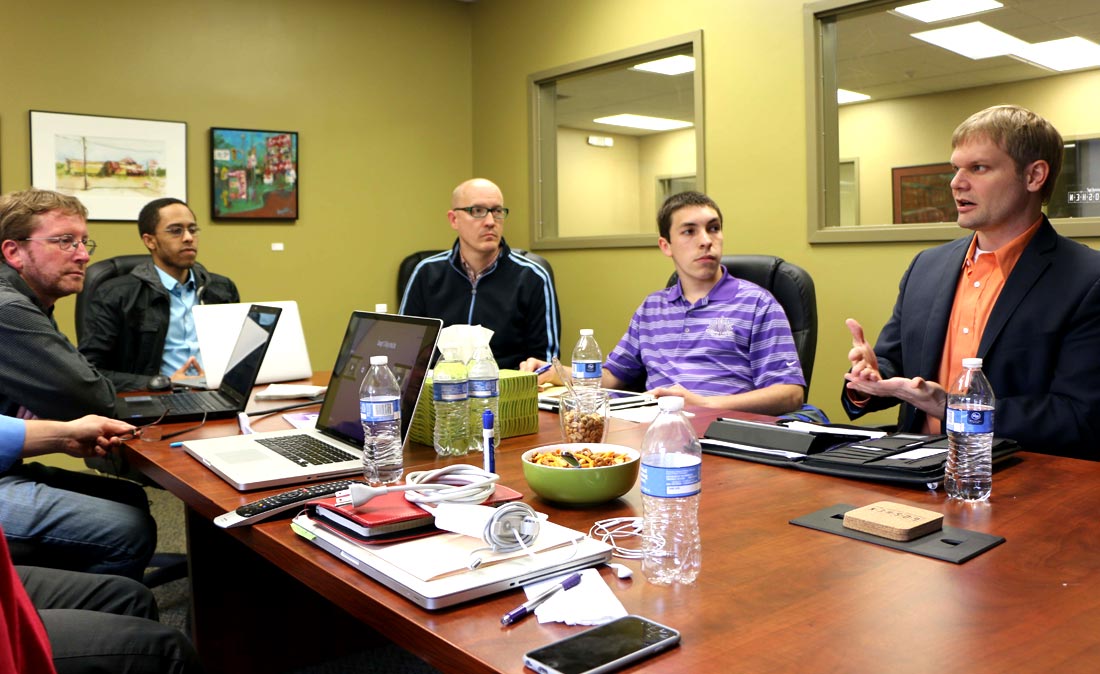 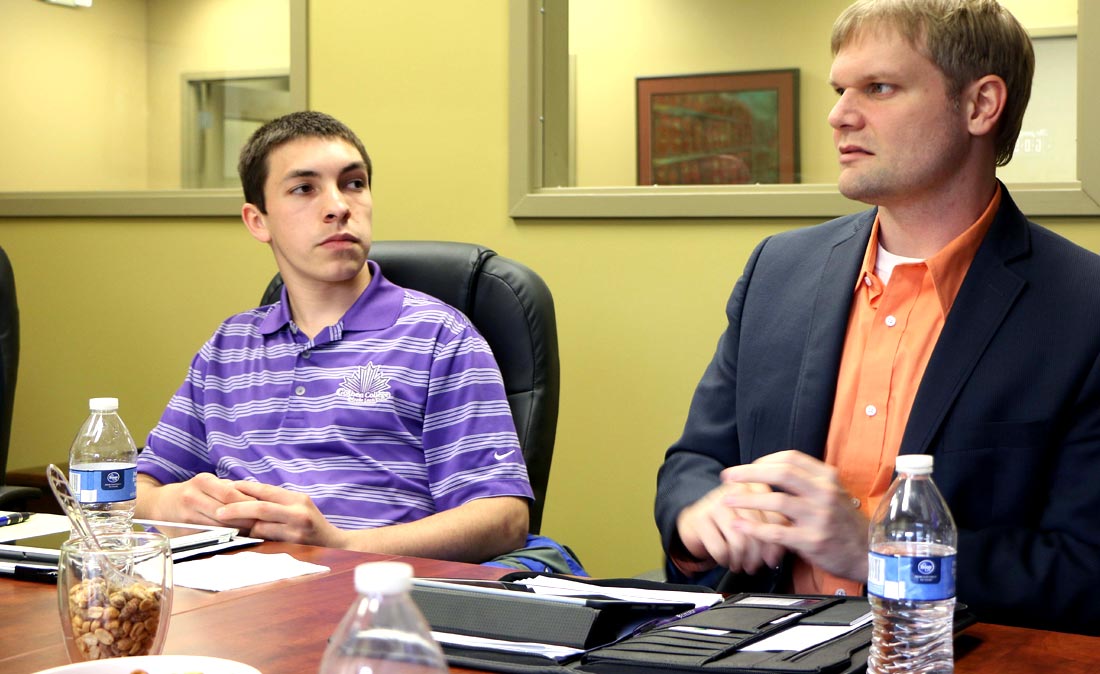 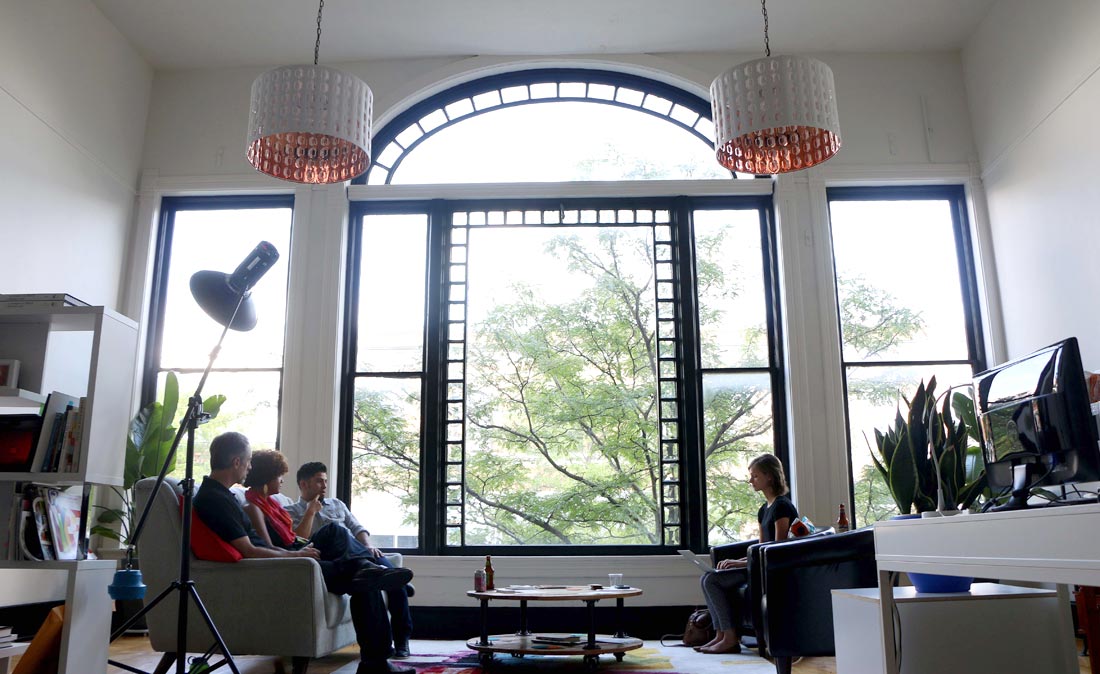 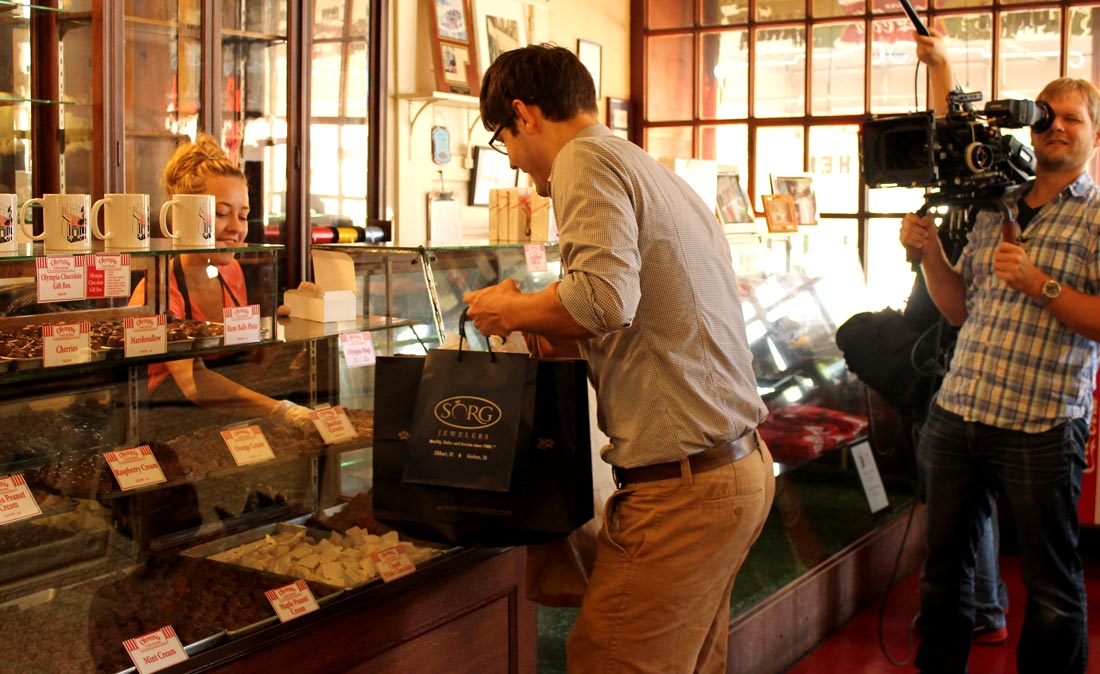 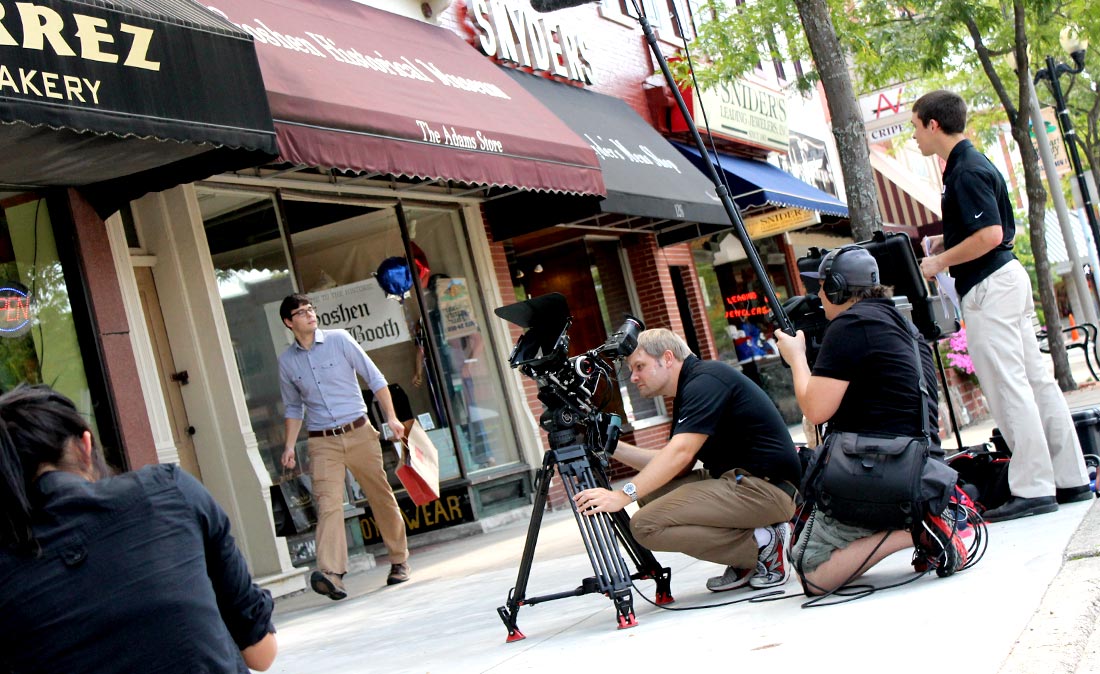 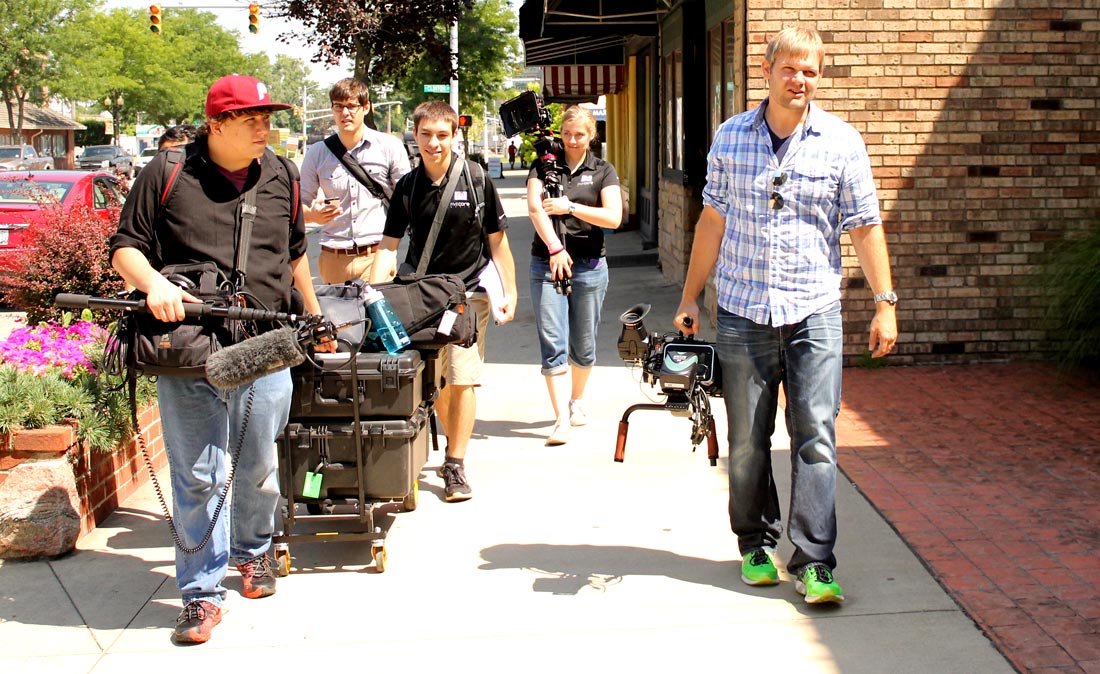 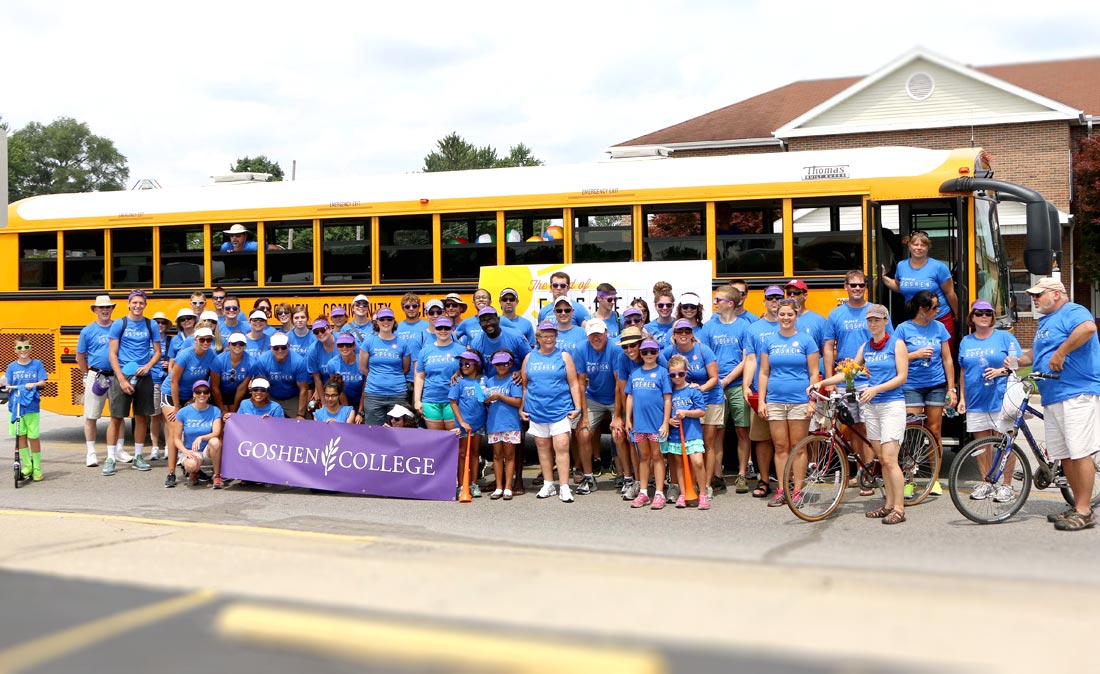 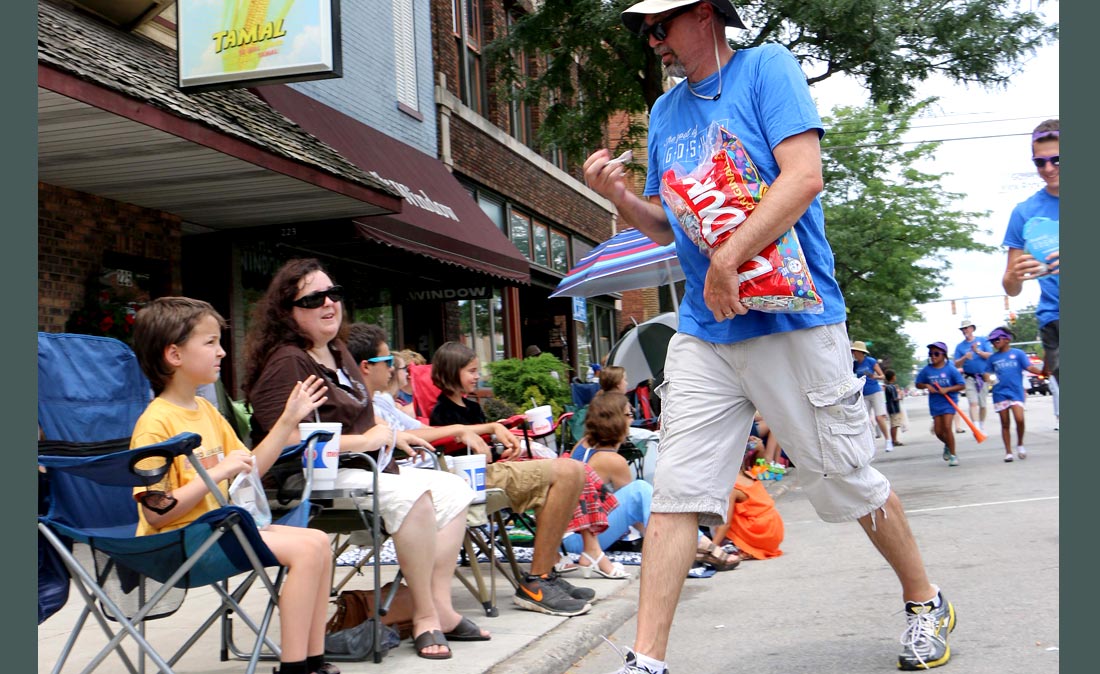 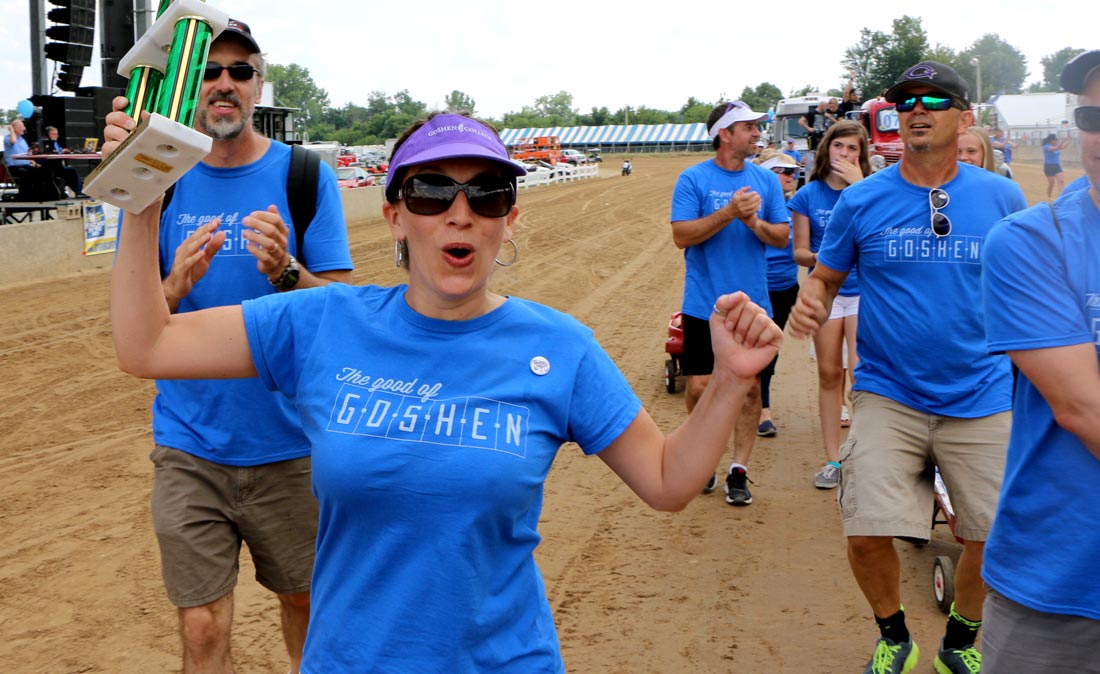 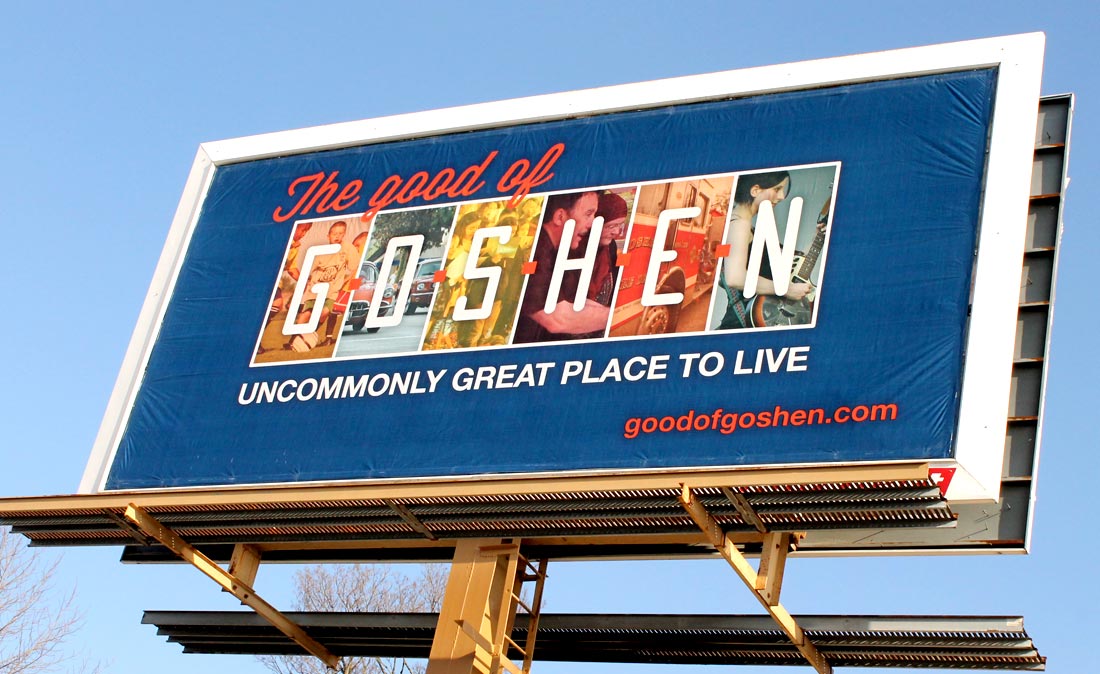 The Good of Goshen project utilized skills from a wide variety of talent, from every aspect of reporting and storytelling. Certain stories required the skills of their language interpreter, Susana Cabezas. Susana noticed things about Goshen she hadn’t seen before. She remarked, “The Good of Goshen has opened up a window for me, through which I peek and see a community transformed by common people making creative and brave decisions guided by their values. As I walk and bike around town now, I see people and places from that new perspective. It makes me hopeful of what is yet to come.”

Beyond the stories organized by the partners, the project also invites story submissions from community members. “By definition of the project, we knew there would be stories we wouldn’t know about and wanted to be sure to give the community the opportunity to tell them,” Ben Stutzman explained.

Those submitted stories, as well as the stories initially created for the project, show just how the Goshen community comes together regularly for the common good.

“These stories,” Ben added, “are tangible evidence of a city that — like a friend — is worth taking the time to get to know.” 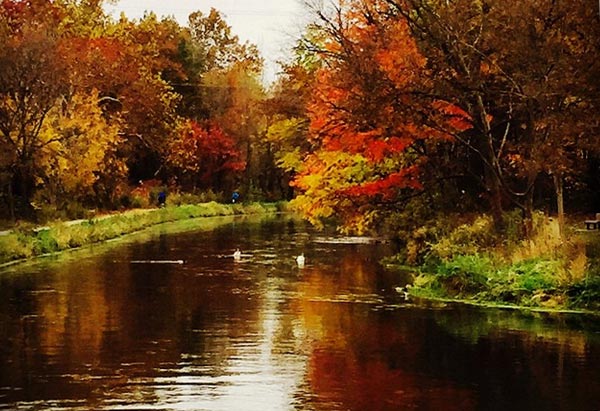 “These stories are tangible evidence that this city is — like a friend — worth taking the time to get to know.”