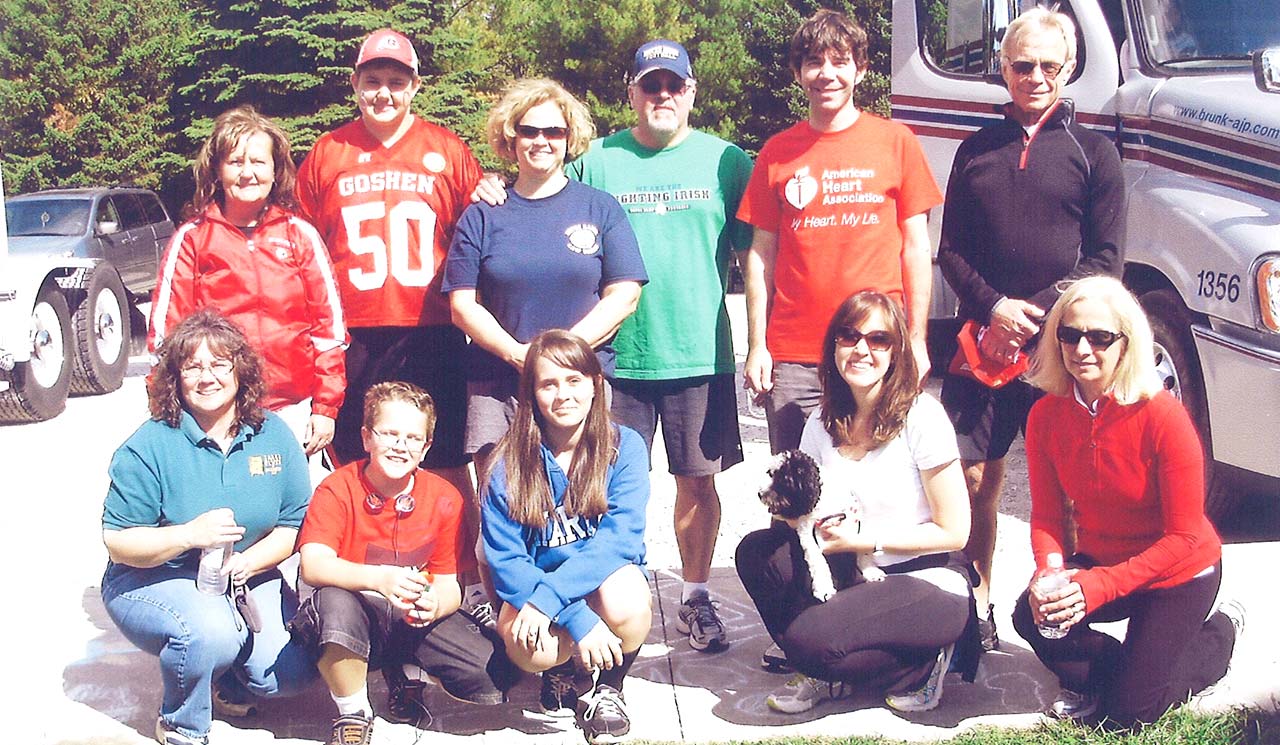 When Gordon Lord moved to Goshen after graduating from law school at Indiana University in 1973, he didn’t know that he would would call the city home for the next 43 years … and counting.

Lord first came to Goshen after landing a job as an attorney at Yoder, Ainlay, Ulmer & Buckingham Law Firm. At the time, Lord was the sixth lawyer on staff. Even as a young graduate with little court experience, Lord was given opportunities that some of his classmates in bigger cities would have never dreamed.

“I was put on trial cases during my first year,” Lord said. “I became deputy prosecutor within a year, and was the county attorney within the next few years.”

According to Lord, it was the support at the law firm and from the surrounding community that afforded him those opportunities.

“Unlike in a big city, everyone hits the ground running here,” Lord said.

Focus on giving back

Today, Lord is a partner at Yoder, Ainlay, Ulmer & Buckingham (YAUB). He and a team of 16 other attorneys serve northern Indiana as a “full service law firm” – meaning that the firm’s attorneys provide services in nearly every area of the law, with the exception of criminal defense and debtor bankruptcy.

YAUB was formed in Goshen by a group of local attorneys – George L. Pepple, Frank Yoder, and Charles Ainlay – in 1957. They were later joined by John Ulmer, followed by George Buckingham in the mid-1960s. The firm is the longest-running firm in Elkhart County. Since its inception, the firm has functioned under several core values such as integrity, professionalism, and service to their clients the community.

According to YAUB partner Denise Davis, the original partners instilled the value of civic duty in their team, and it has been passed down over the years.

“The original partners were very focused on the community, giving back, and doing service,” said Davis. “They have passed that on to us, and we have been lucky to have hired people who also have that calling. I think that’s why we have been as long-lasting and successful as we have: We not only live in Goshen, we want to give back.”

Davis and the rest of the YAUB team designate a portion of their time to volunteer work, serving on boards, and providing pro bono legal counsel. Davis alone serves with the Goshen Noon Kiwanis, the Kiwanis Foundation, her children’s school boards, the YWCA of Elkhart County, and the Goshen Health System Board. She was also chair of the Goshen Chamber of Commerce for a number of years.

Davis says that taking time to serve is part of the job description at YAUB.

“We give all our employees time during the day to do things that their hearts are telling them to do,” said Davis. “We have lawyers and other employees volunteering with the Goshen Community Schools Reading Camp and Real Men Read Programs, Boys & Girls Club, Bashor Home, American Heart Association, Elkhart Community Foundation, Oaklawn Foundation, and Greencroft Communities Foundation, among many other non-profit and civic organizations.”

As YAUB’s client base has grown over the years with the advance of technology, the law firm has held on to its community focus. David Swihart, YAUB partner and attorney, says that serving the community is pervasive in the workplace.

“From day one, we have been told that we are here to one, serve our clients, and two, serve our community,” said Swihart. 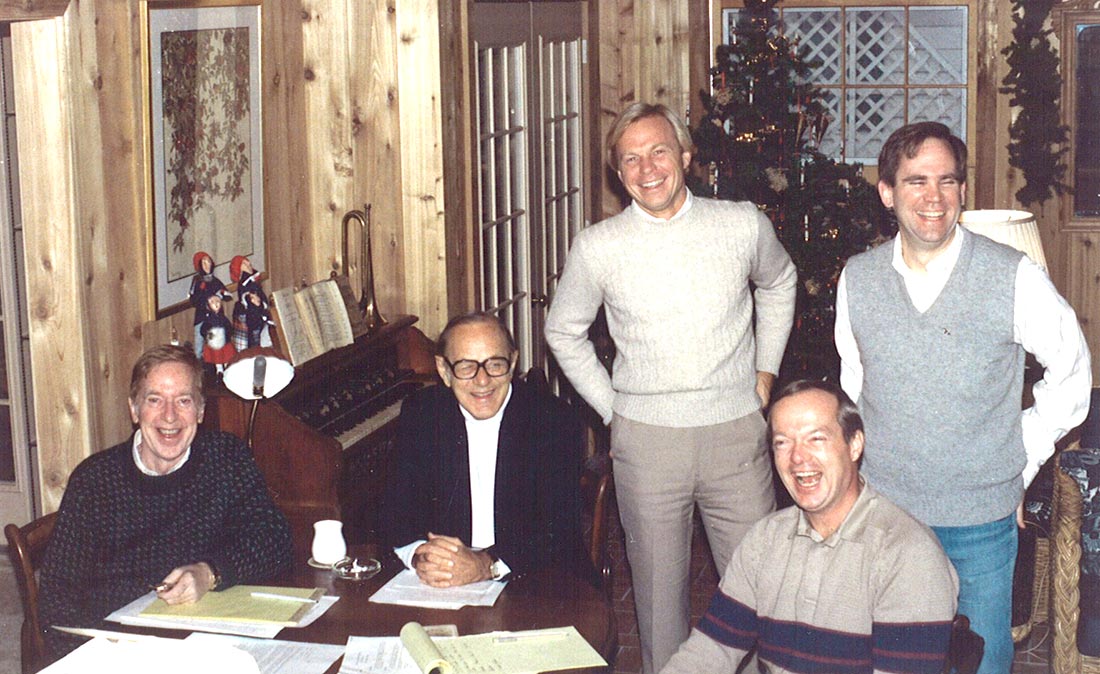 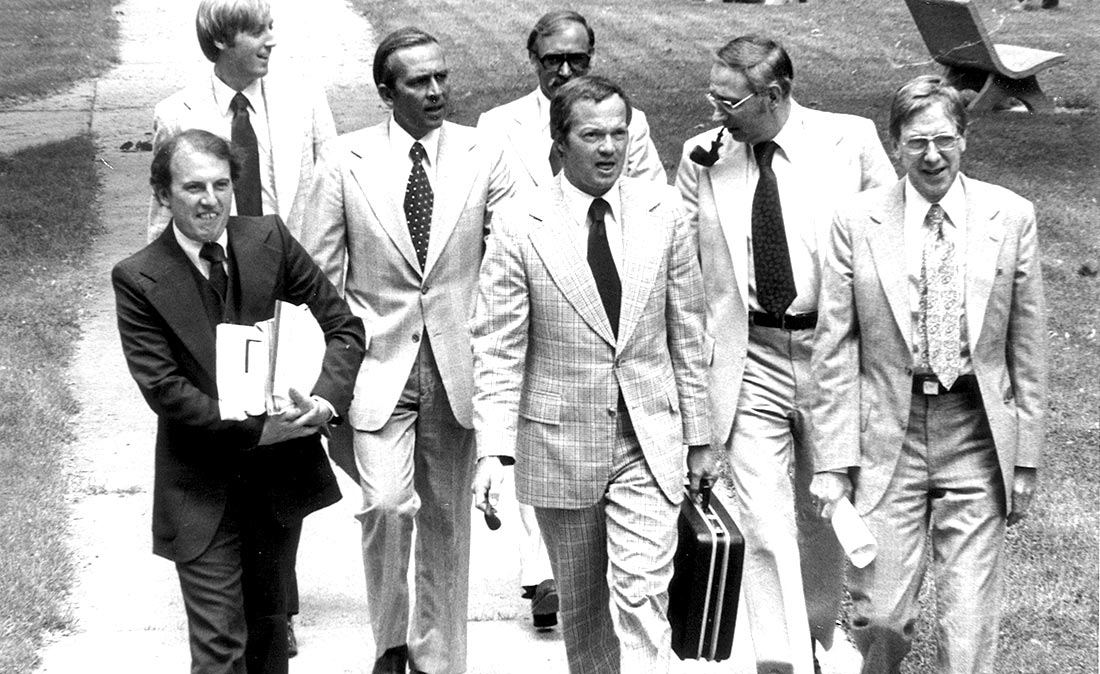 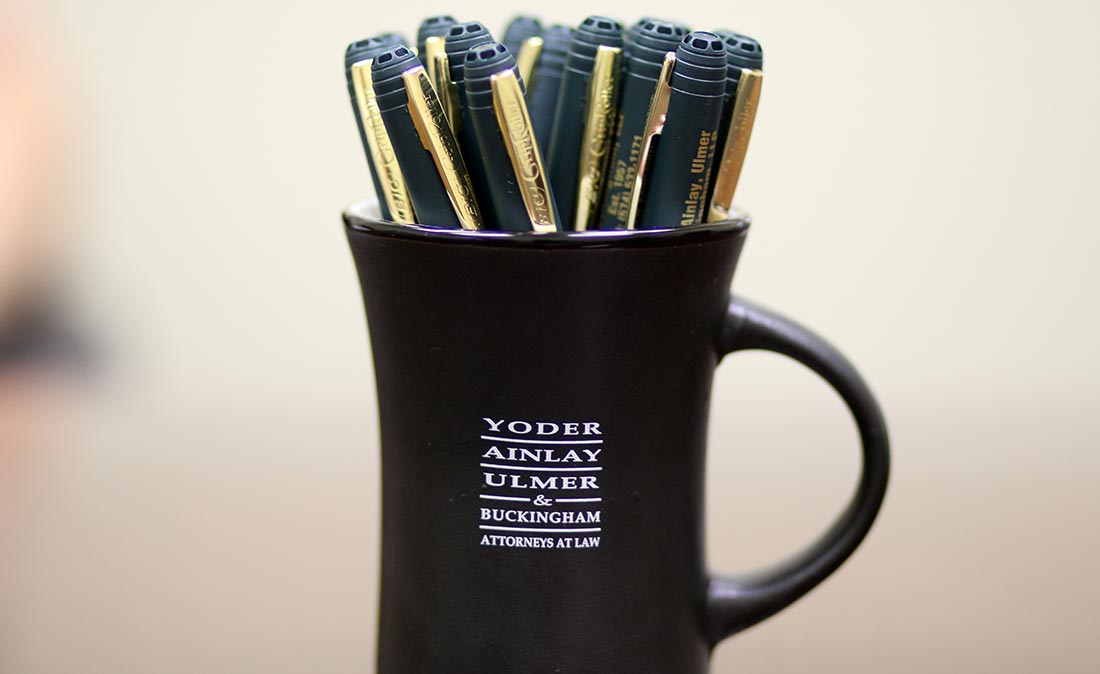 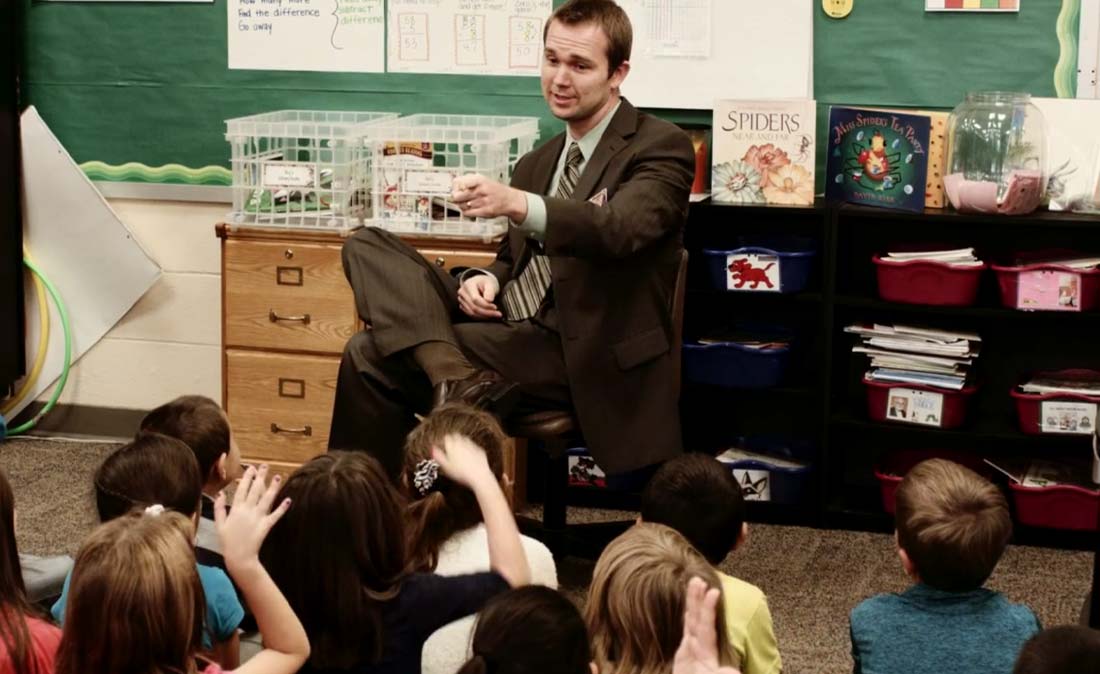 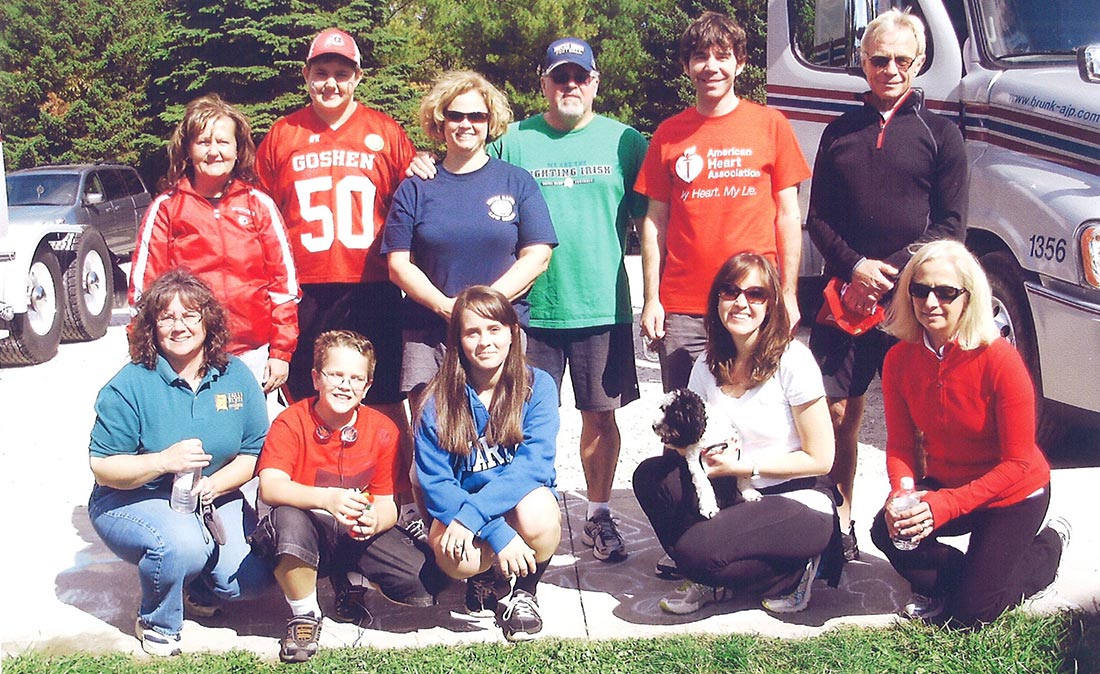 “When you add it all up, you’ve got a great place to be”

Many of the attorneys on staff at YAUB have received educations at nationally elite institutions, which awarded them opportunities to practice at high-profile firms in big cities. So why choose a position at a firm in Goshen? For many attorneys on staff, the answer is easy: At YAUB, you get the same highly competitive atmosphere as at a big city firm, all while being surrounded by a supportive and vibrant community.

“We want to make sure we function at the same level as a New York firm,” said Davis. “Since the beginning, our partners have been dedicated to keeping us competitive.”

Davis says she feels that she’s not missing out on any of the culture of a big city, either.

“When I moved here in 1994, I immediately found that Goshen was a great place to be,” she said. “There’s an attitude of cooperation and working for the betterment of the community. In the last few years, there’s been a resurgence in the downtown with great new restaurants and bars.”

Davis also noted that YAUB has helped, through their business practice group, to bring many businesses to the downtown area, including Common Spirits, Kelly Jae’s Cafe, Constant Spring, Goshen Brewing Company, and more.

“There’s a good vibe here. It’s a vibrant community,” she said. “There’s always something going on.”

The growing business base and burgeoning economy in Goshen is only strengthen the quality of the firm, says Davis.

“We get quality work here at the firm, which goes hand-in-hand with the diverse business base and the entrepreneurs doing good, fun stuff here,” she said. “When you add it all up, you’ve got a great place to be.” 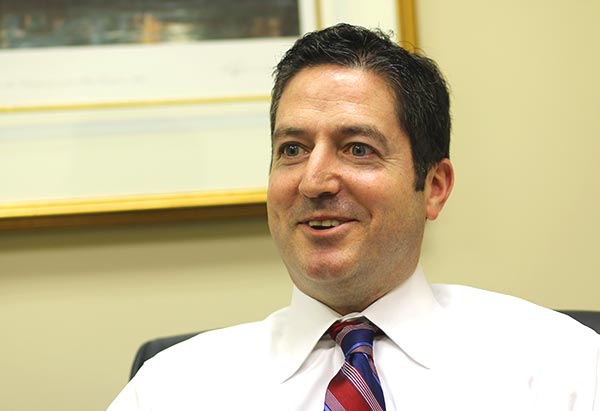 “From day one, we have been told that we are here to one, serve our clients, and two, serve our community.” 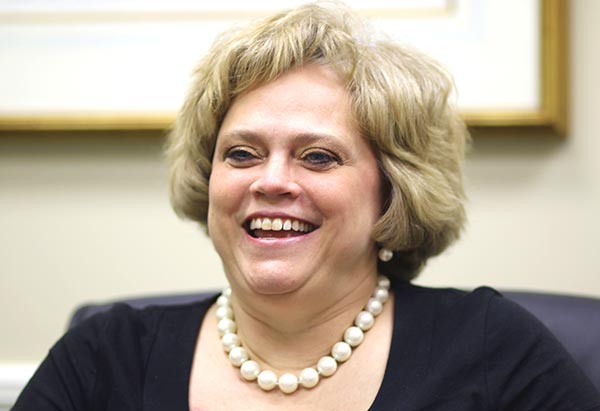 “We get quality work here at the firm, which goes hand-in-hand with the diverse business base and the entrepreneurs doing good stuff here. When you add it all up, you’ve got a great place to be.” 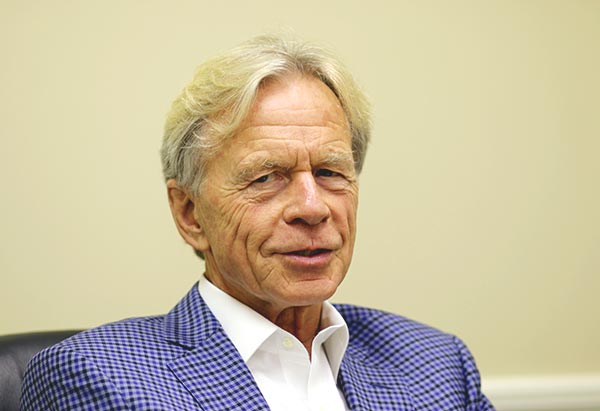 “Unlike in a big city, everyone hits the ground running here.”