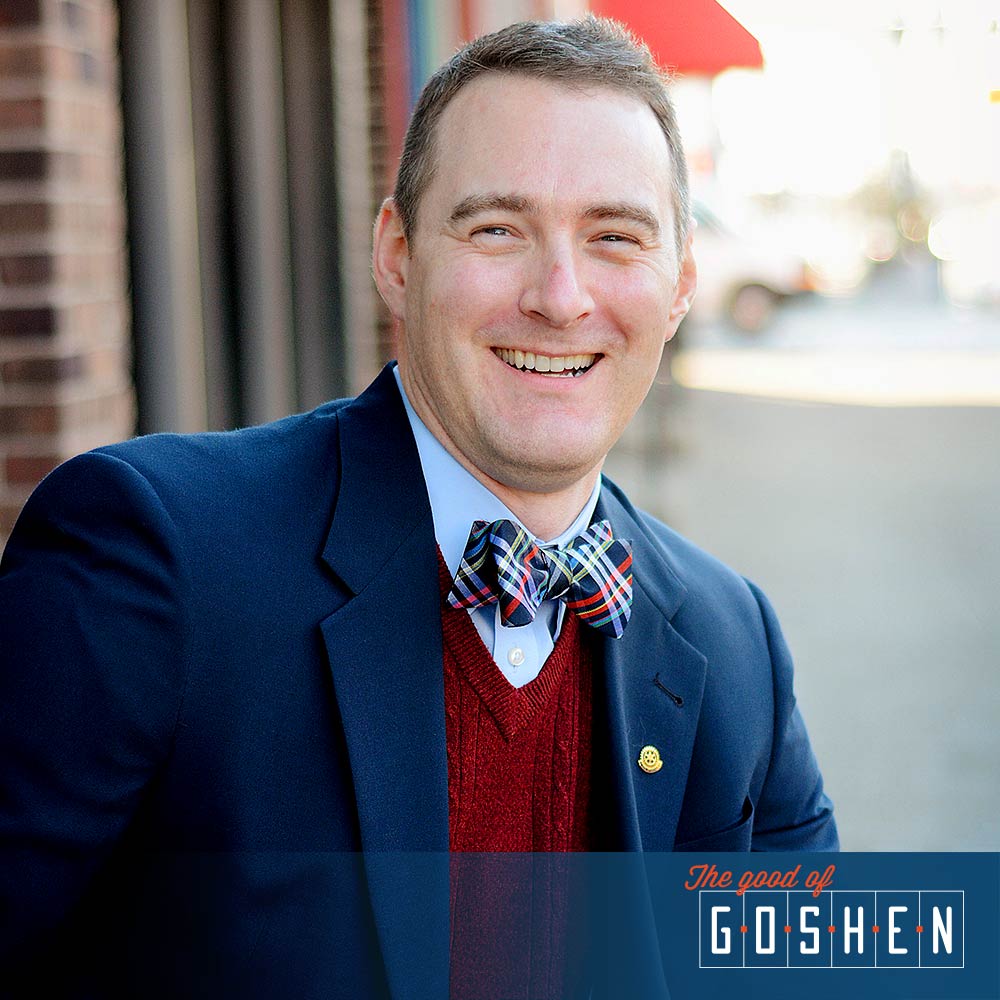 I initially ran for City Council just because I grew up in Goshen and own a business in Goshen and hopefully in the future my kids will want to stay in Goshen, too. So what better way to try to help make sure that happens other than be a part of the future of Goshen?

There’s still a learning curve to being on the City Council. You think you know what you’re getting into. However, you’re always surprised. That’s one of the things I enjoy, to a certain extent: You never know what’s going to happen. You have to be on your toes. You have to be able to think proactively and try to always anticipate, but you just can’t. It’s been a lot of fun, but there are always challenges that creep up.

For the city, especially early on, the information about the virus that was coming in was kind of on the fly. As we’ve learned now, some of those early thoughts may not have been completely accurate, but you still have to act on what the information is that you’re presented with. I think the city’s done a good job of protecting our employees from exposure and keeping them employed, and at the same time still being able to serve the residents of Goshen, because that’s what we’re here for. It’s a really tough balancing act, but I think we’ve accomplished that well. I think the mayor has shown good leadership on that, and I don’t envy his position at all.

On the business end, we made the decision based on strong recommendations to close our doors for seven weeks, though still seeing emergencies as needed. It was a very difficult decision to make, but I think at the end of the day it was the right decision. We were still able to retain virtually all of our employees when we came back the first of May. We’ve been doing the proper protocols so we can keep our doors open and serve our patient base.

At the end of the day, the goal – whether it’s for the city or my personal business – is to ensure the safety of my employees, the city employees, and the people we provide services to.

I think that no matter what perspective you’re coming from, you’re going to find people and activities and events, and businesses that will meet your expectations. Whatever you’re looking for, I think we have it in Goshen. And even if you’re not looking for it, you’re going to find it and you’ll probably learn to like it. I think we provide a great variety for all people who want to be a part of Goshen.