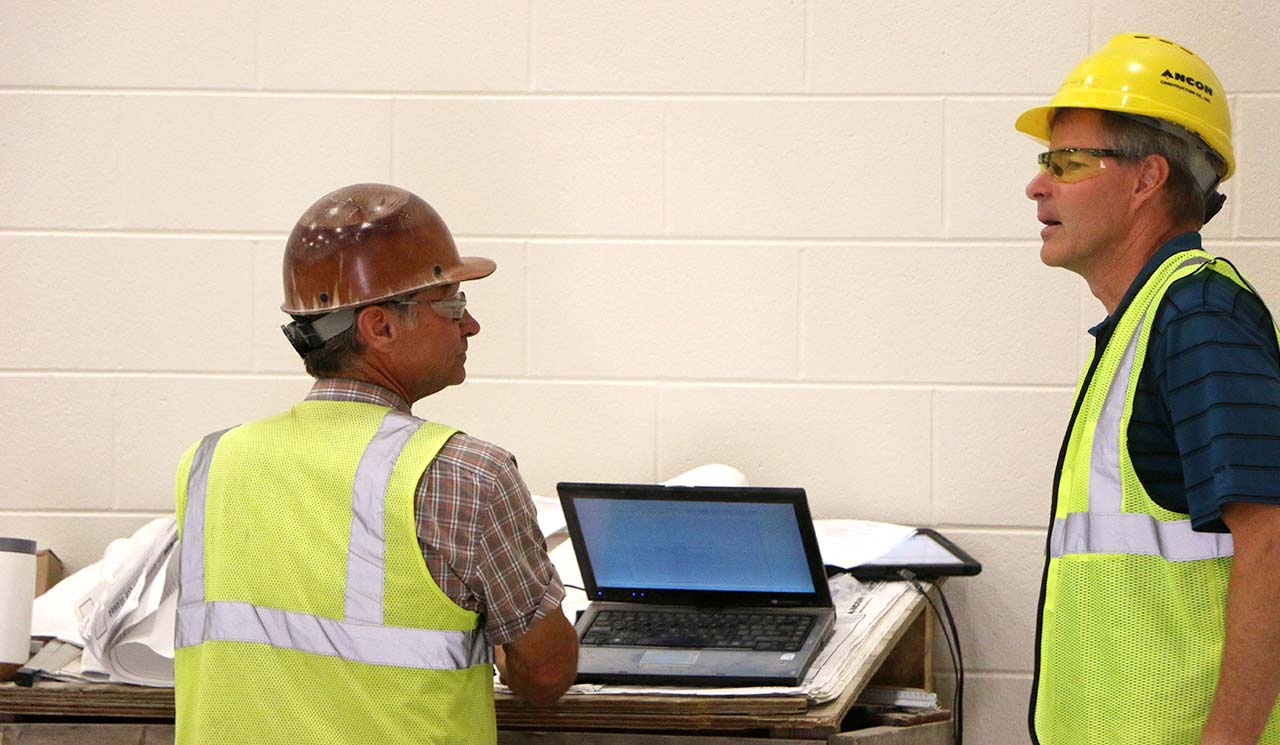 When the South Bend Cubs needed a new batting cage and training facility, the owner called Ancon Construction in Goshen with a request.

With a starting date of November 1, the Cubs needed Ancon to have the facility ready by opening day in early April … meaning the entirety of construction would happen during the winter. And to up the ante, the owner then told Ancon President John Place that he had a million-dollar bet that Ancon would complete the project on time (though, the owner said, if he lost, he’d donate it all to charity).

Place and his team took the challenge, and Ancon completed the building – with just one day to spare.

“I’m sure there will be more projects [with the Cubs] in the future,” Place said, chuckling.

Though the Cubs’ training facility was one of the company’s more exciting projects, Ancon Construction has been known for that same speed, accuracy, and reliability for more than four decades.

Ancon was started 41 years ago by Goshen-area entrepreneur Andy Frech. Place describes Frech as the kind of guy who is “big on giving back to the community.” Frech formed the company on civic values including engaging with the community and supporting local non-profit groups.

In 1999, Frech sold the business to his employees, making it an ESOP (Employee Stock Ownership Plan). Ancon has been employee-owned ever since.

Place, who has worked at Ancon for 22 years and led as president for seven of them, says Ancon is an uncommonly great company to work.

“At Ancon, one of the reasons we are able to retain the best talent is because people have a stake in the company,” said Place. “Employees are motivated because their efforts will pay off when they retire; they have a nice nest egg that you don’t get anywhere else. I truly believe that the motivation of our people is greater than at a typical company.”

Place says that, as president, he does his best to lead by consensus.

“It’s a family unit here. We take care of each other,” said Place. “If someone has an issue, we chip in to help them out. We care about people. We care about providing a great place for people to work, and people go out of their way to help each other.”

“You can see that the people we have here really love their jobs,” he said. “I know when I turn over a project to a project manager, it’s going to be done right. Everyone works extremely hard.”

“Before we design, before we build … we listen”

But more a great place to work, Ancon also provides excellent services to clients. The company motto reflects its emphasis on customer service: “Before we design, before we build … we listen.”

“A lot of customers who come to us say they have worked with other construction companies that have forced something on them that they didn’t want or need,” said Place. “We take a different approach. We listen first, get to know their needs, look at their budget, and design around that. We hear customers comment all the time that they got exactly what we wanted.”

With 35 to 45 people in the field, seven superintendents, two architects, and a handful of office workers, Ancon is able to run about 10 to 15 projects throughout the year. Sometimes, Place says, the company can have up to a dozen projects in one given day. Nearly all of Ancon projects are local, within a 50- to 60-mile radius.

In Goshen, Ancon has taken on dozens – if not hundreds – of building projects over the years. From factories to corporate offices to schools to recreational facilities, Ancon is easily one of the most trusted construction and design companies in the city. Standout Ancon projects have included the Goshen Middle School natatorium, the Goshen College Recreational Fitness Center, the Goshen Chamber of Commerce’s Launchpad, and the Goshen Street Department building.

No matter what project Ancon is working on, Place says, the team’s focus is always on listening to the needs of the client.

“For me, the job satisfaction is hearing customers rave about their new buildings,” he said. “I love seeing them excited about what we created.” 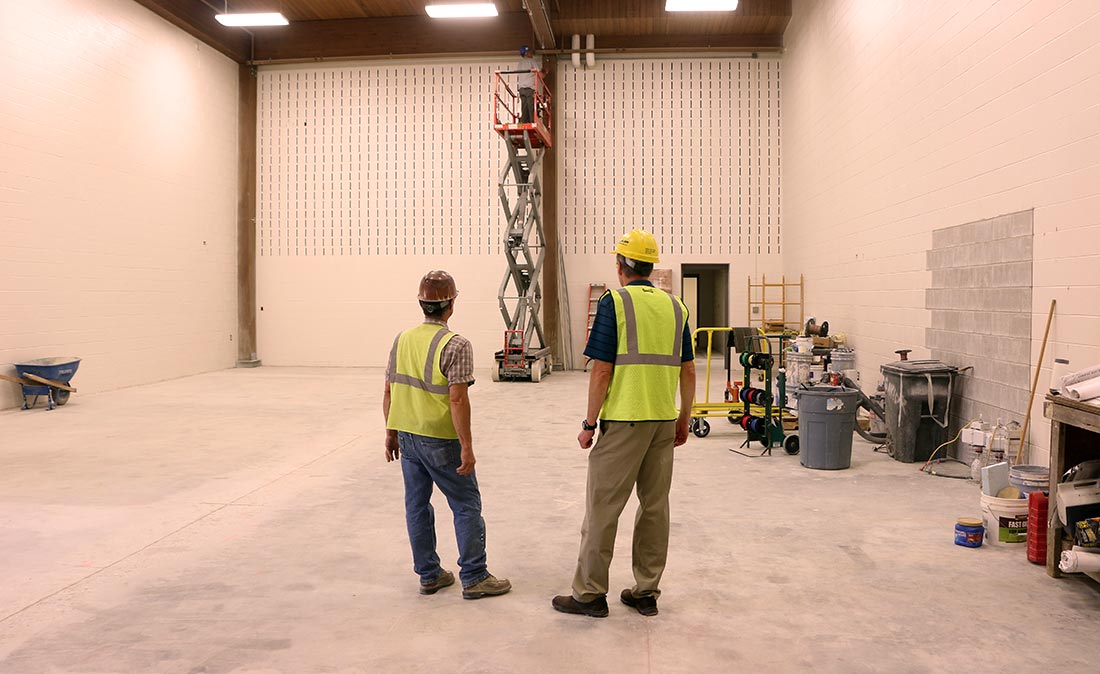 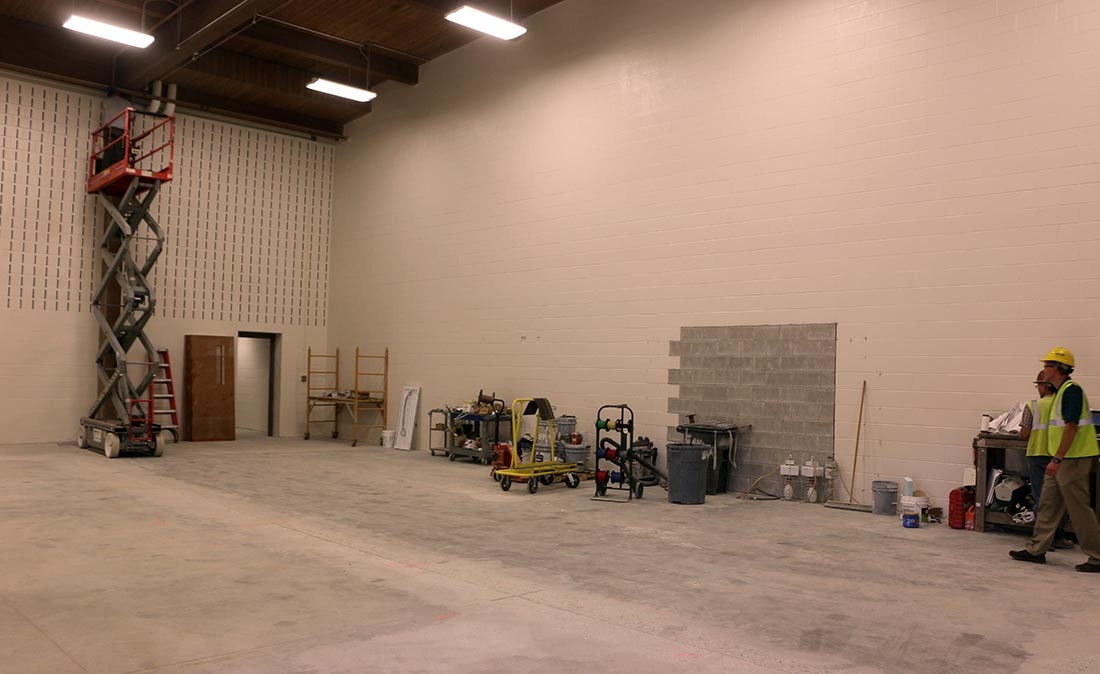 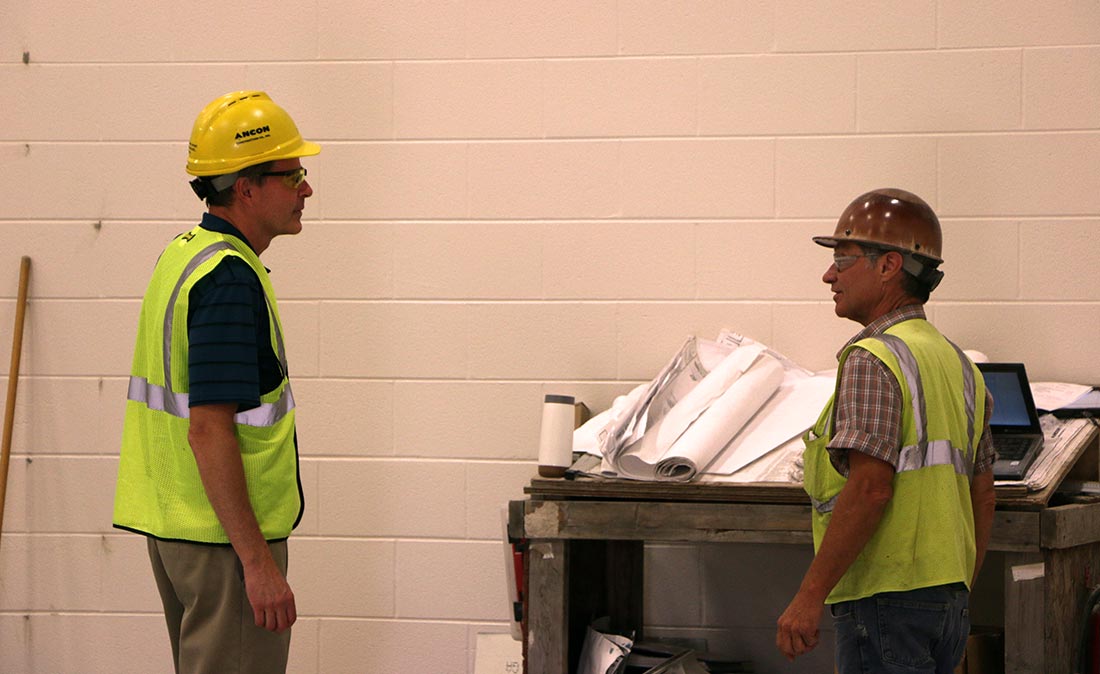 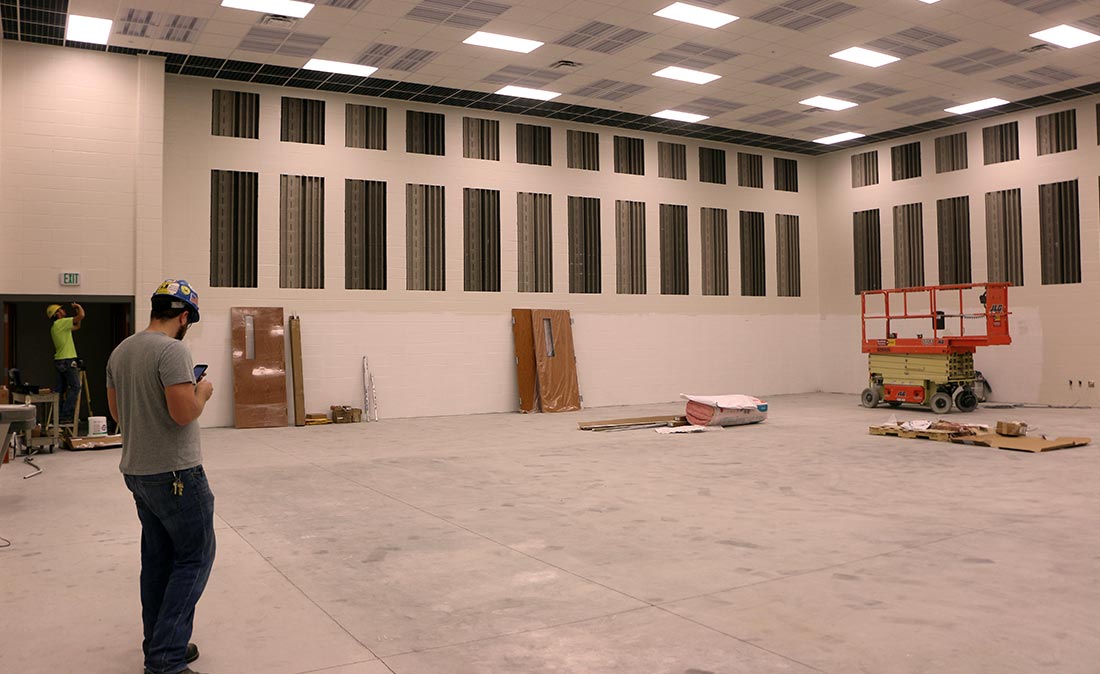 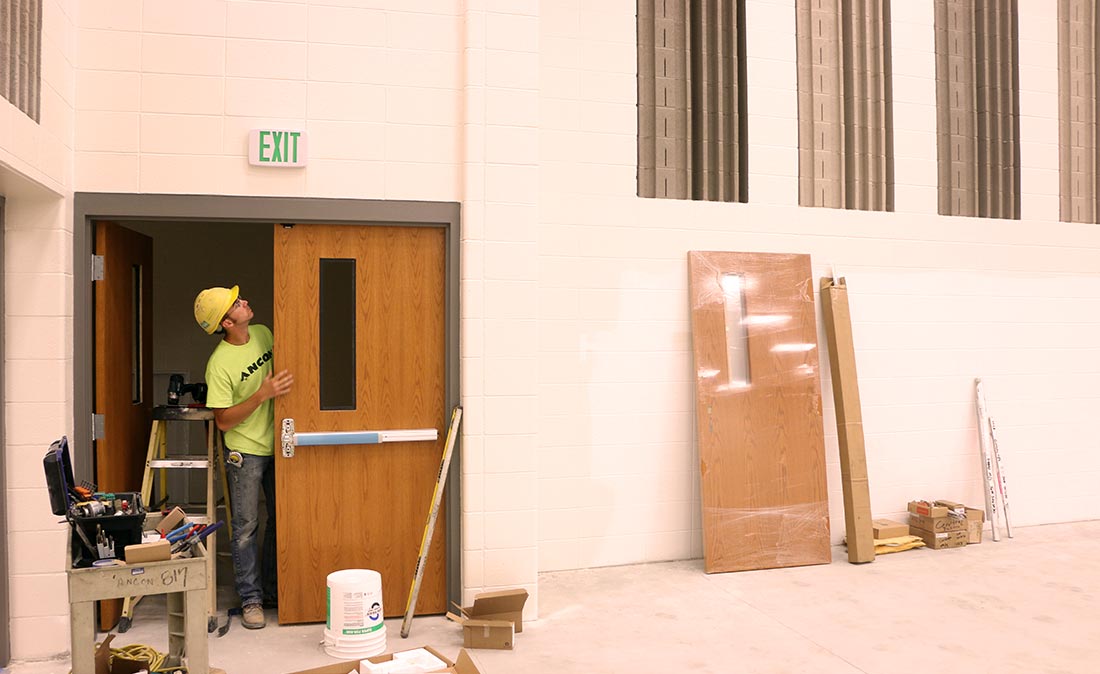 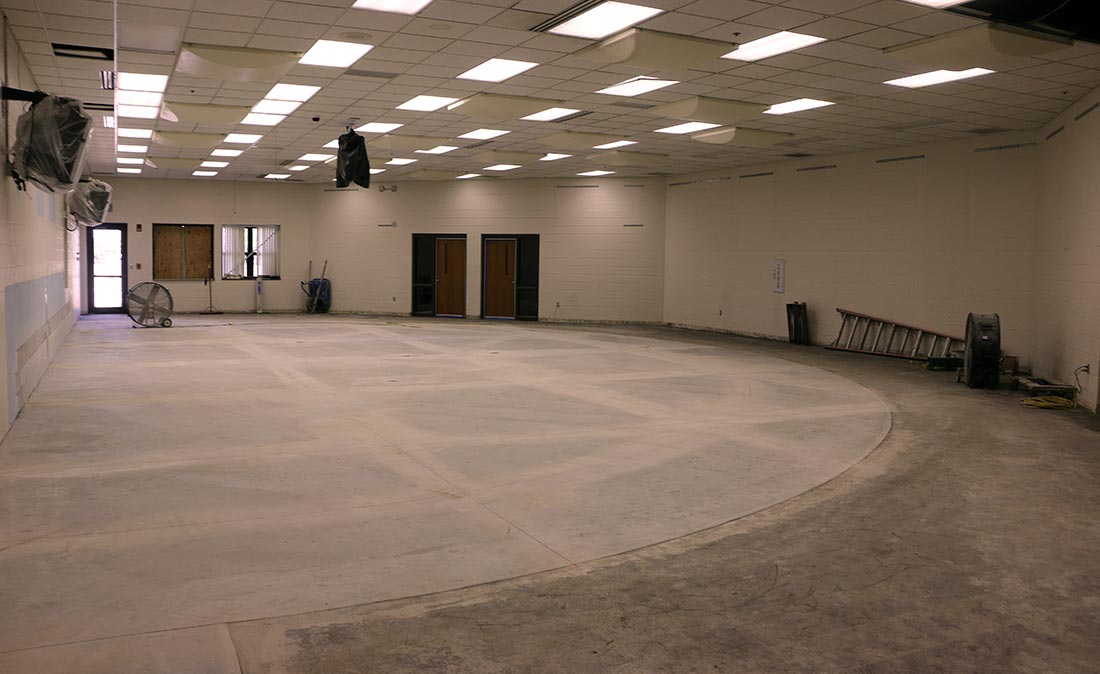 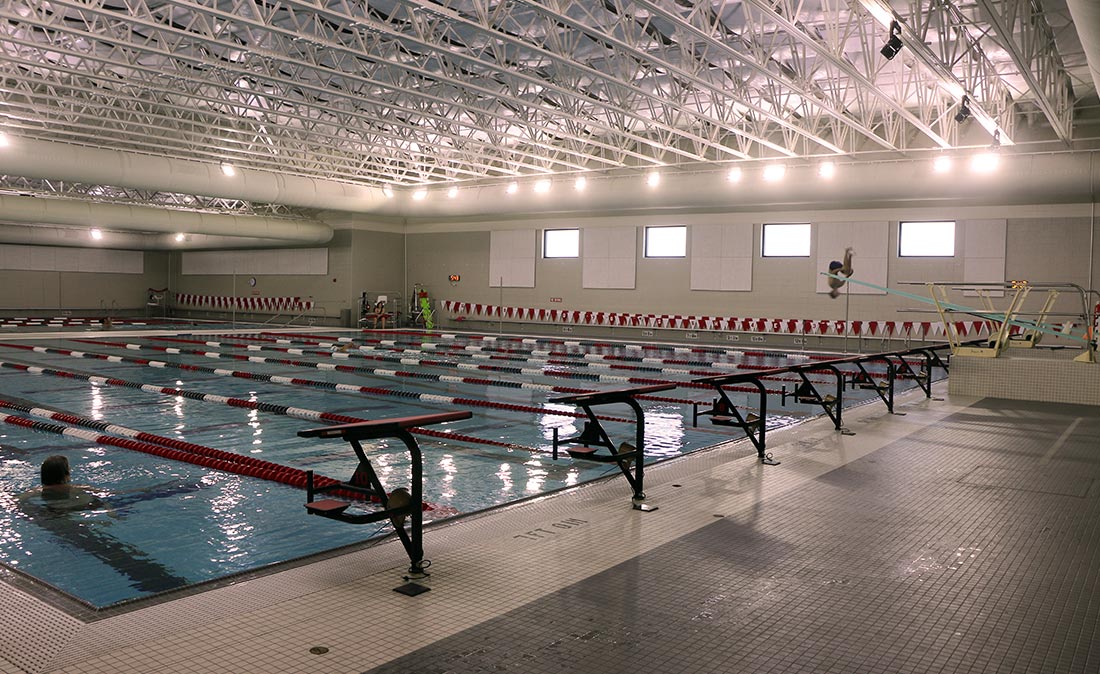 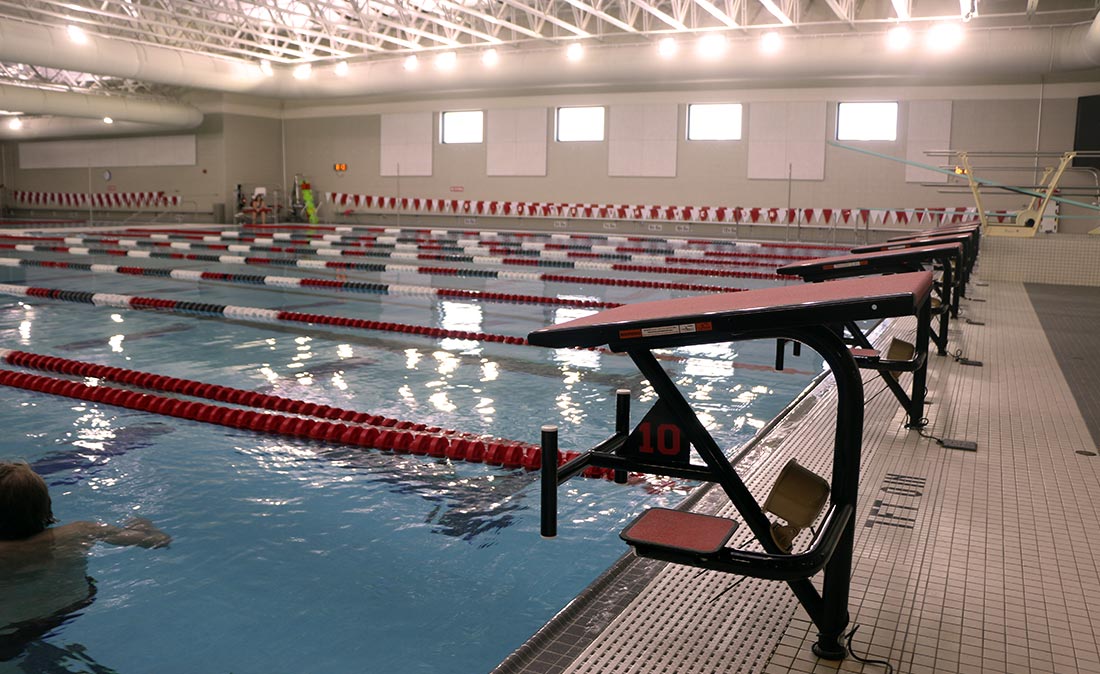 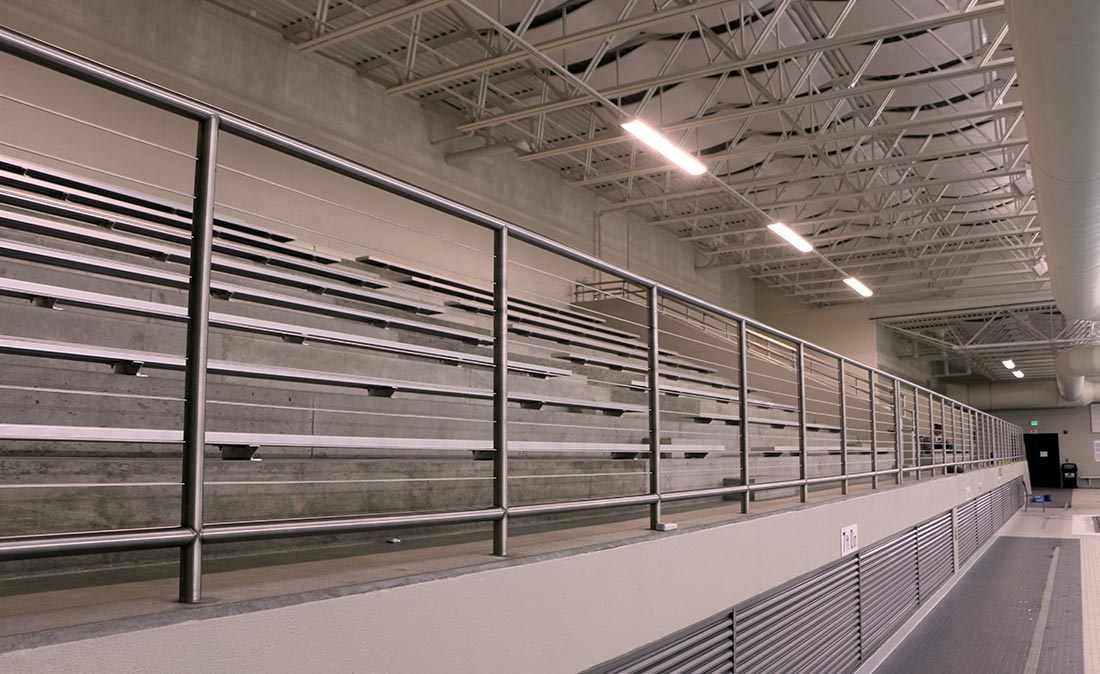 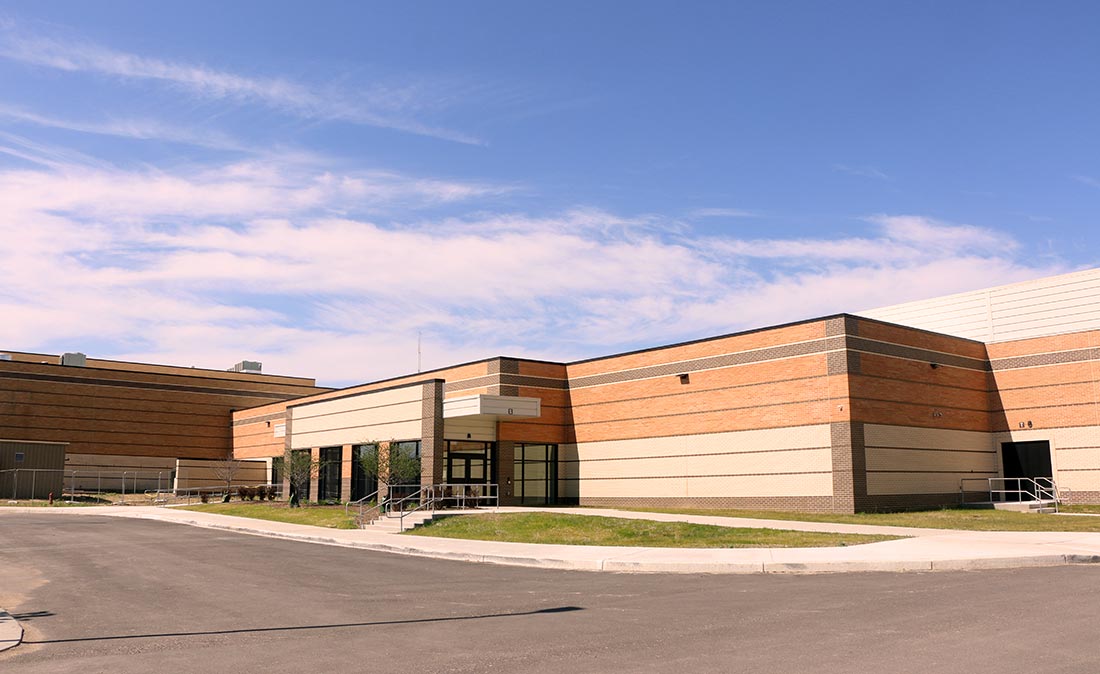 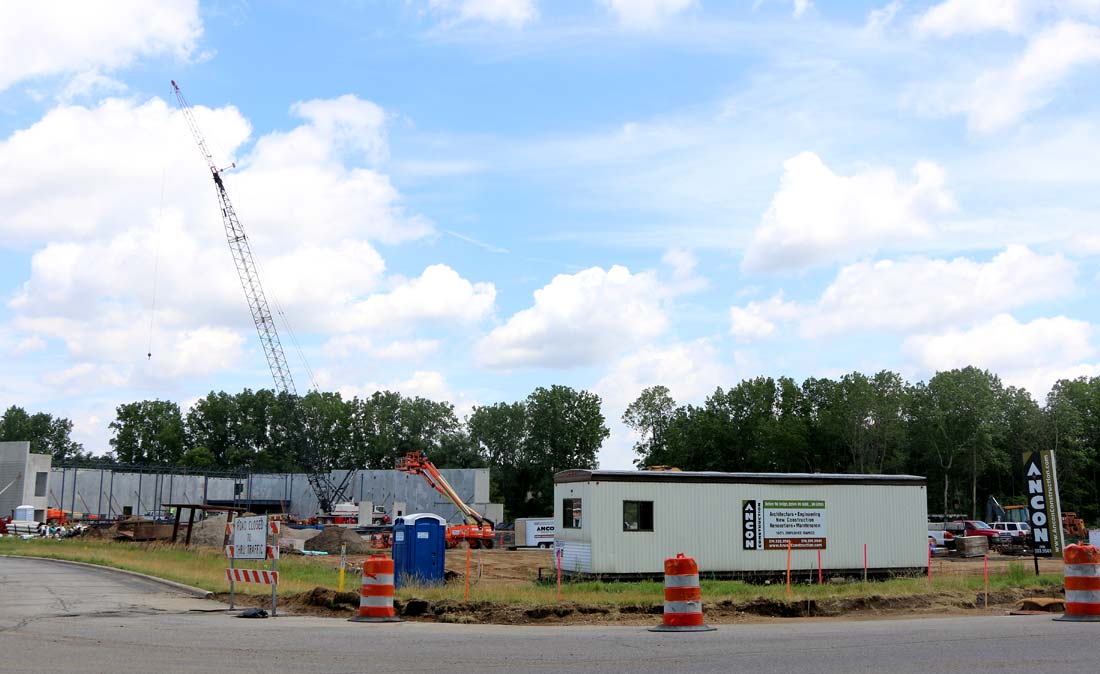 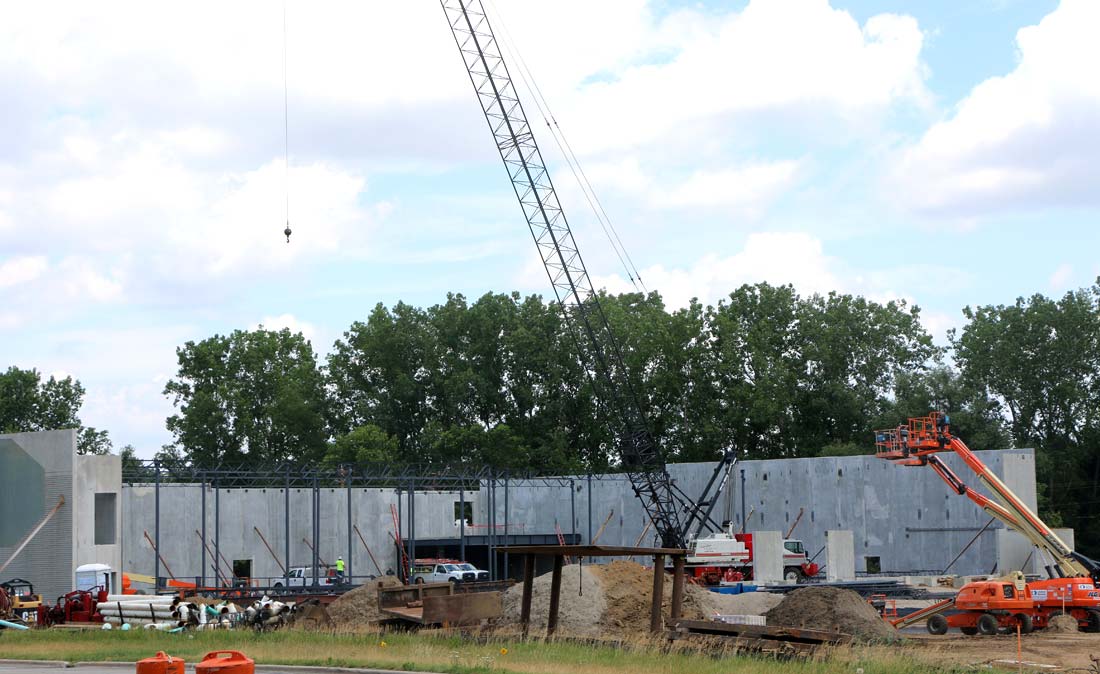 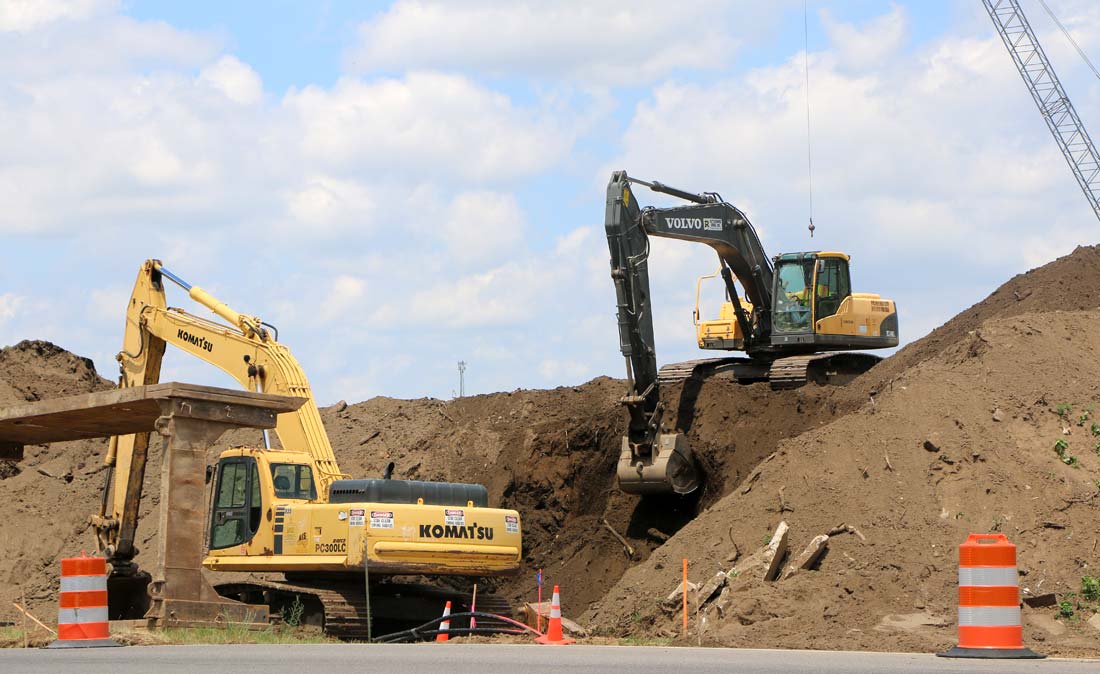 More than a place to work

For the last 35 years, Ancon has been a member of the Goshen Chamber of Commerce. For the past seven years, Place has had a role on the Chamber Board.

“The Chamber provides a lot of networking opportunities,” said Place. “You meet good people and learn about new businesses.”

In addition to its involvement with the Chamber, Ancon is involved with and has sponsored approximately 50 local non-profit organizations. Each year, Ancon chooses non-profits to provide two to three days labor to complete a project. Project managers are also encouraged to join philanthropic groups such as Rotary or Kiwanis.

Looking ahead, Place wants to get Ancon more involved in sponsoring arts and cultural projects in the Goshen area. In May 2016, Ancon sponsored a free showing of “Raiders of the Lost Ark” at the Goshen Theater in downtown Goshen, as part of The Goshen News Summer Film Series.

As a husband and father, Place says he looks at Goshen as much more than a place to work – to him, it’s home.

“We love First Fridays and going to the Goshen Theater,” said Place. “The atmosphere of our town is great. Goshen is a great place to raise our kids.” 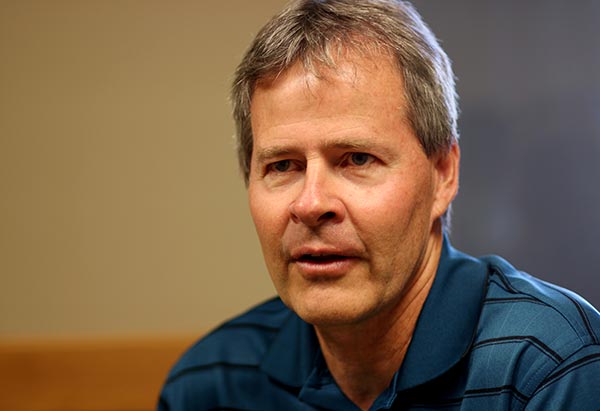 “At Ancon, we are able to retain the best talent because people have a stake in the company.” 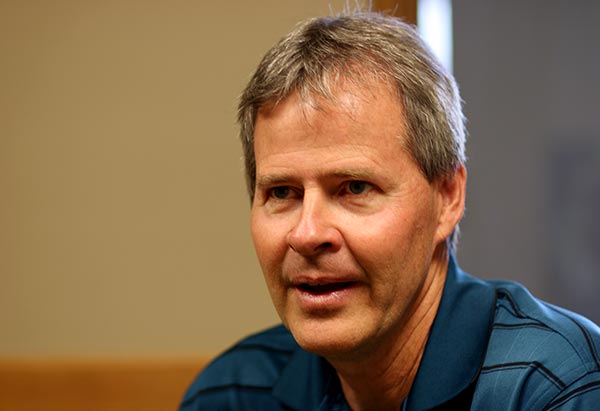 “I truly believe that the motivation of our people is greater than at a typical company.” 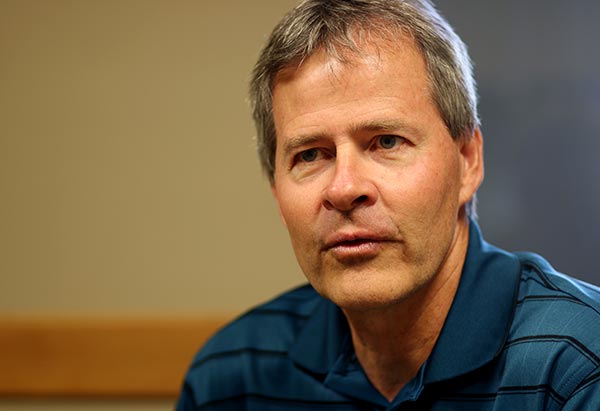 “The atmosphere of our town is great. Goshen is a great place to raise our kids.”