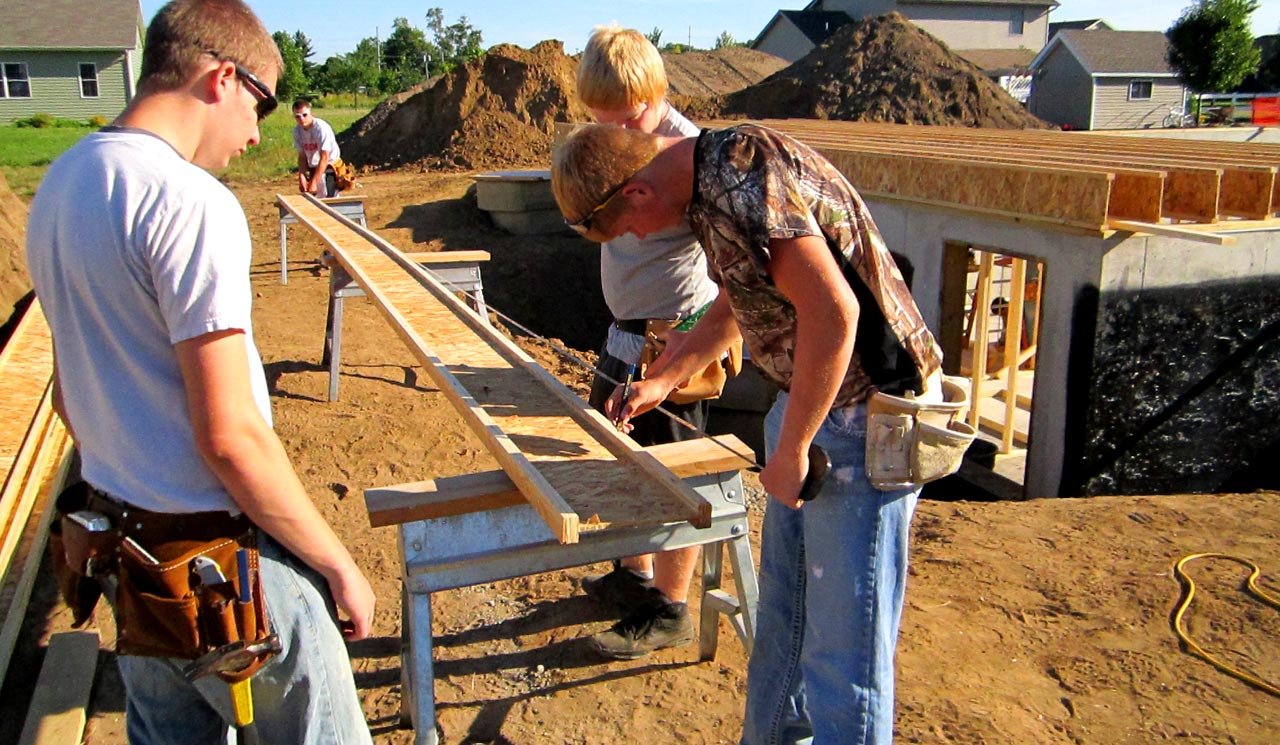 Goshen High School teacher P.J. Wolf and his wife Ally have spent the last few weeks moving out of their apartment and into a brand new house in Goshen.

The house was tailor-made just for them – and, as first-time homeowners, P.J. and Ally were ecstatic to customize every detail of their home, from cupboards to trim to siding.

So how were these young teachers able to come across such an opportunity, and without overspending? Easy. They purchased and built their home with help from Goshen High School’s Building Trades Program.

Students in the GHS Building Trades Program built their first home in Goshen in 1976, making this year the program’s 40th anniversary. Founded by a teacher named Jim Hughes, the class was created as a way to teach skills for the workforce while also giving back to the community.

Today, the program is taught by Goshen High School teacher Adam Young, who has been helping groups build houses for 12 years. Young is adamant that his students master every aspect of the construction process.

“The students are able to do most of the work themselves,” said Young. “I give them as much exposure to a variety of tasks as I can. By the end of the year, students know how to construct every aspect of the house.”

The class is available to juniors and seniors of all skill levels and interests. Students are split into two groups that meet at the construction site every day in either the morning or afternoon. The class spans the entire school year, beginning in August and wrapping up at the end of May.

Before school begins in the fall, Young works with the homebuyers to pick out a location and develop a floor plan for the house. Then, he takes the plan to an architect who puts together a detailed blueprint. From there, Young and the students take control.

For nearly 10 months, the students work together to build a home from the ground up – literally. By the end of the year, says Young, students are left in awe of their own abilities.

“We had our open house in mid-May and before anyone came, we got together to talk as a group,” said Young. “I told them, ‘Look, this is what you guys did – not what I did – this is your work. This is a reflection on you.’ I think at that point, they began to grasp the magnitude of what they did throughout the year. I mean, what other programs can you walk away from in high school and in 20 years, it’s still there?” 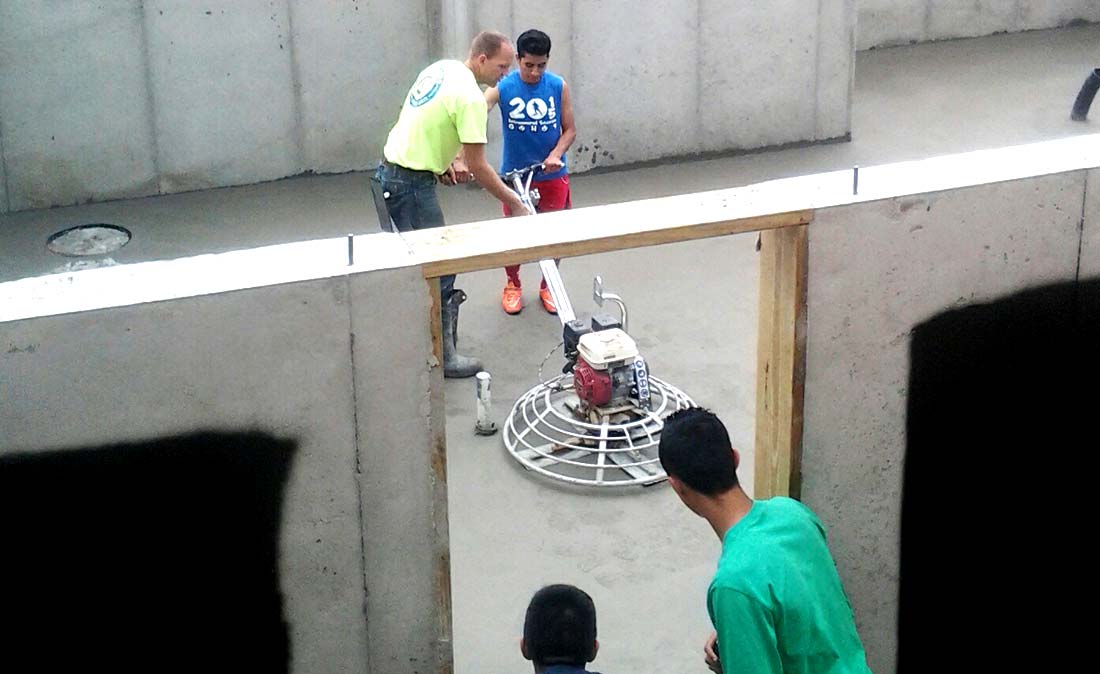 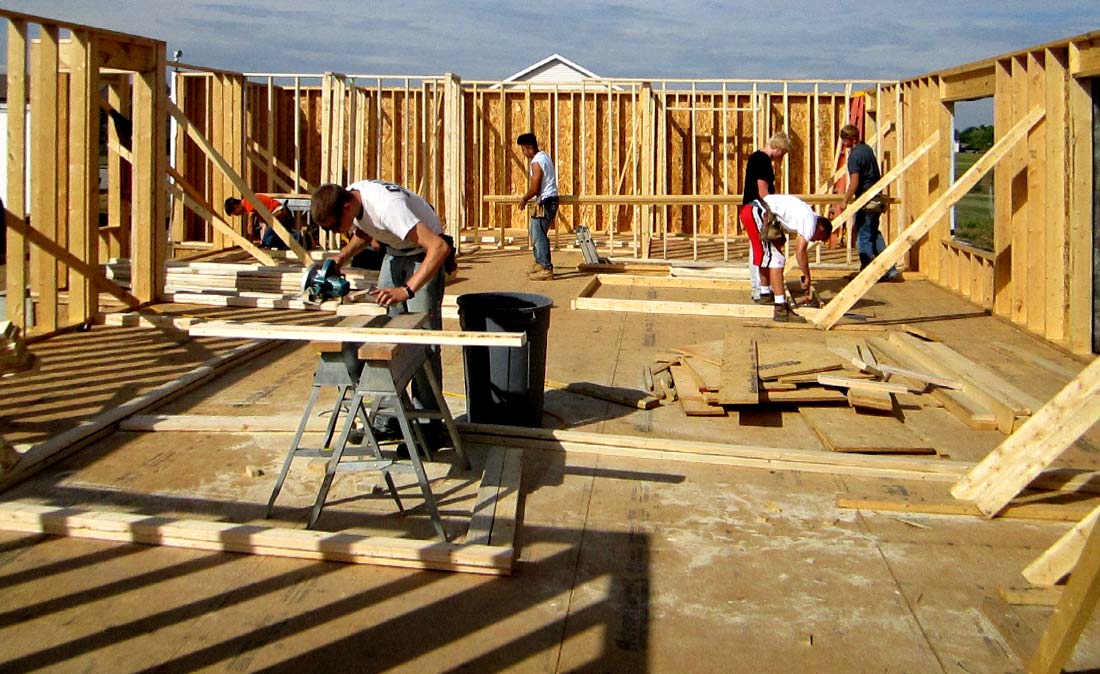 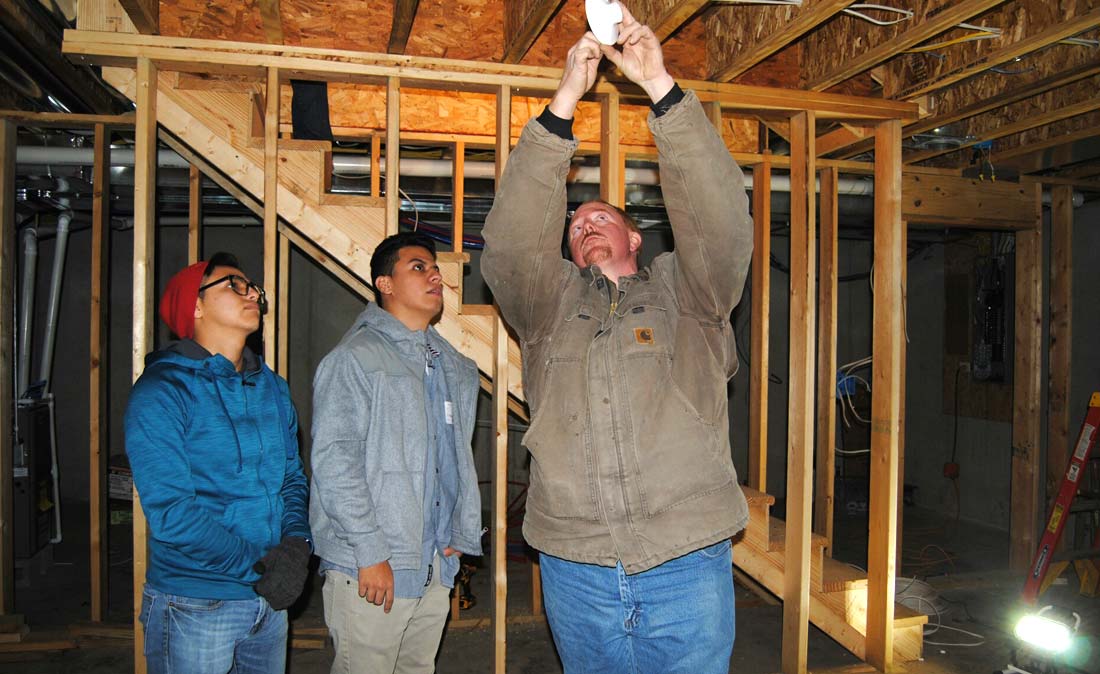 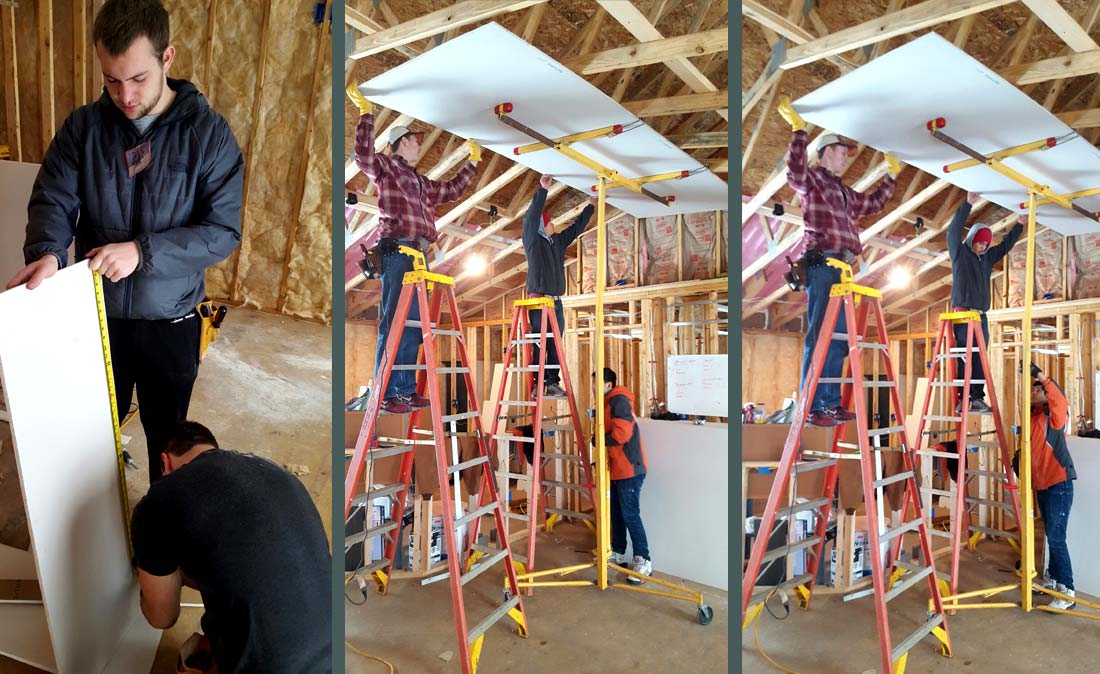 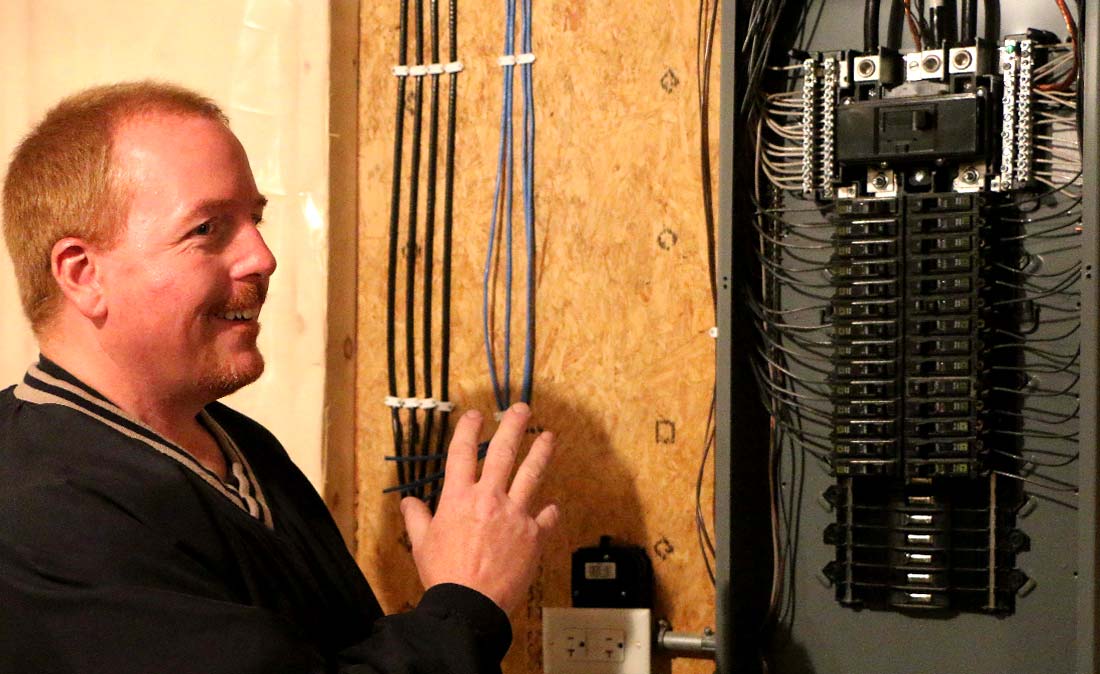 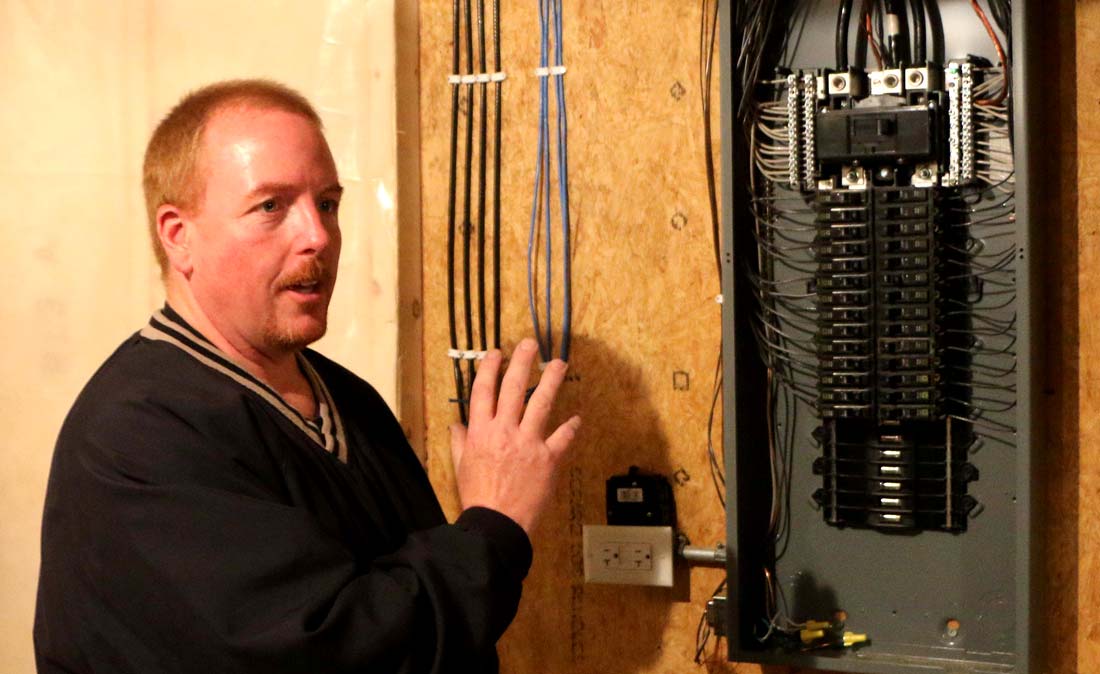 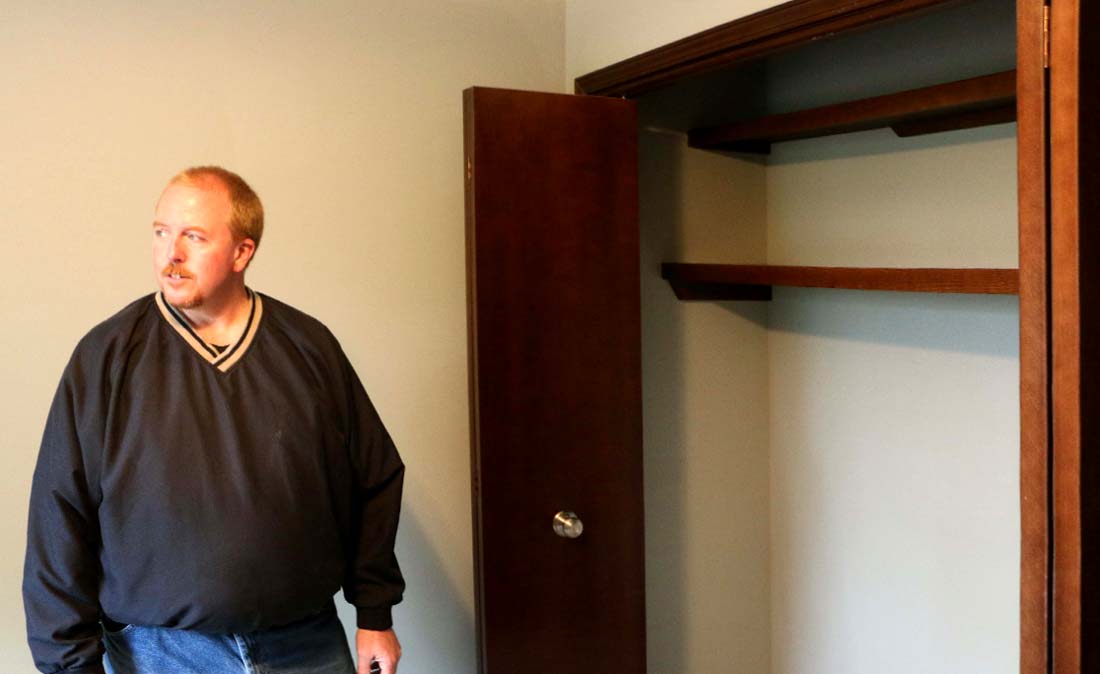 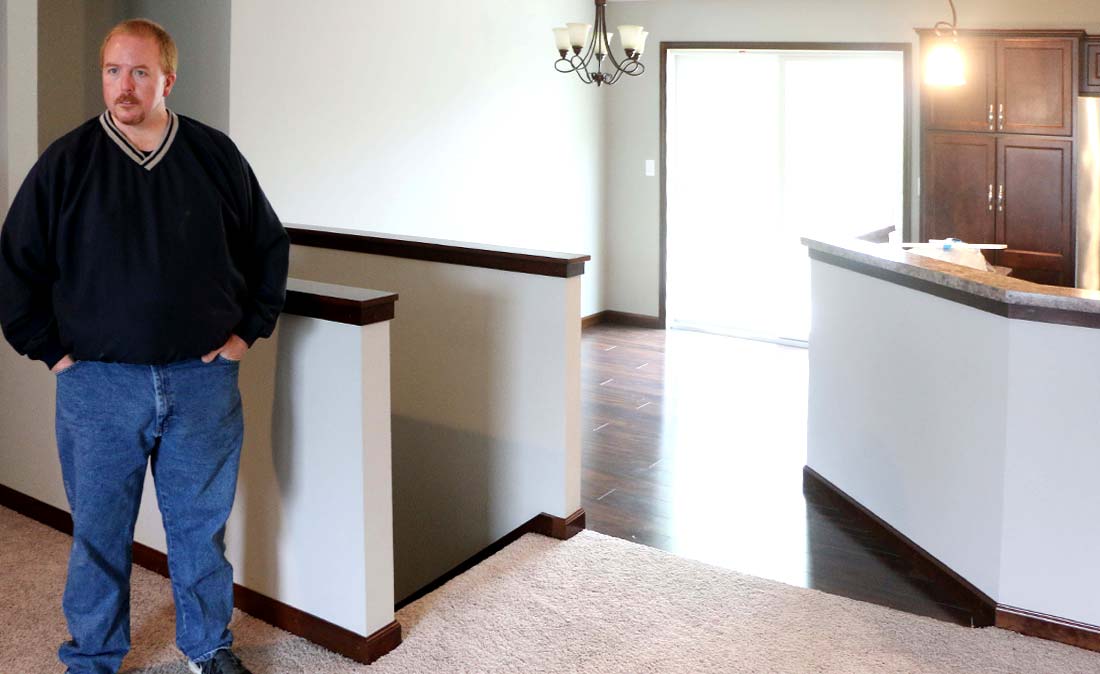 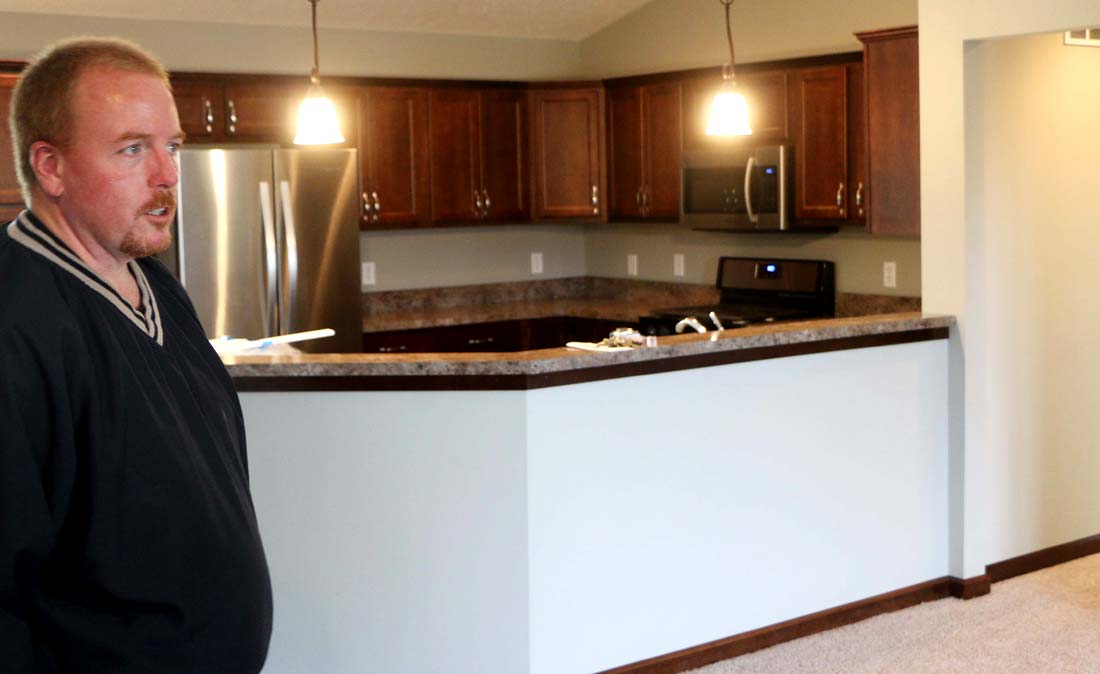 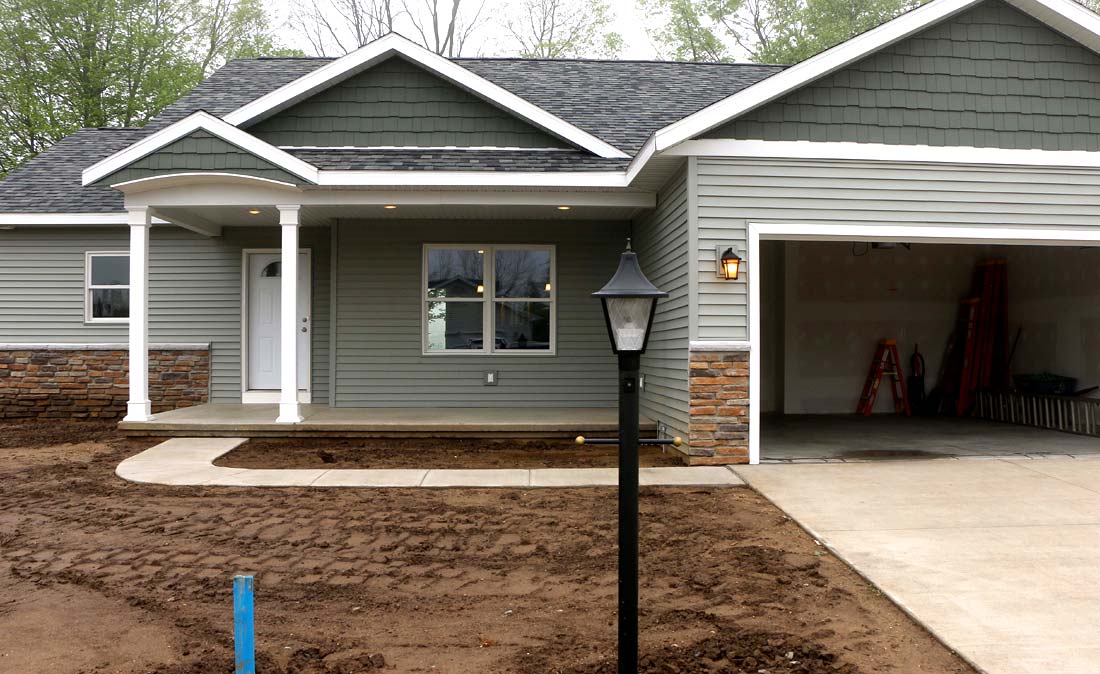 When it comes to grades, Young says he scores his students according to skills and “employability.”

“I want to know that each student is able to accomplish tasks correctly, that they’re using their problem-solving abilities, and they’re able to work independently,” said Young. “They have to rely on themselves to overcome obstacles, and learn to collaborate as a team.”

Bulmaro Gaytan, a recent GHS graduate, took the class both his junior and senior years. With the experience he gained in the Building Trades class, he’s already landed a great construction job.

“I have an apprenticeship as an electrician,” said Gaytan. “I want to work for Ark American Electricity; I already talked to them and they guaranteed me a job. Plus, my father and I want to do construction together. It’s my dream to flip homes with him. My dad and I have already done everything: we’ve hung drywall, insulated, added rooms, shingled houses.”

Gaytan says that participating in Building Trades helped him become ready for the workforce  – and, he says, to be a leader in whatever he takes on.

“Building Trades took us out of the classroom,” said Gaytan. “It wasn’t just memorizing stuff – it was real-world experiences that I can carry with me wherever I go. Working with other students also taught me to be a leader and to take on big roles. It was the best thing I could do, because after high school, I’m going to work right away – and if I’m not working for someone, someone’s going to be working for me.”

Young does his best to encourage students like Gaytan to perfect every task they take on. Young calls it “A-level” work.

There are now 40 houses in Goshen that were built by students in the Building Trades class. But more than the legacy of houses in Goshen, the class is leaving a legacy of well-educated and skilled graduates who are ready for the workplace.

For P.J. and Ally Wolf, seeing the students accomplish the building process was just as exciting as opening the door to their brand new, custom-built home.

“It was great to work with the students,” said P.J. “Whenever I visited the house, they were excited to see me. They did a great job. The kids really enjoyed it and they’re proud of what they did. We’re proud of them, too.” 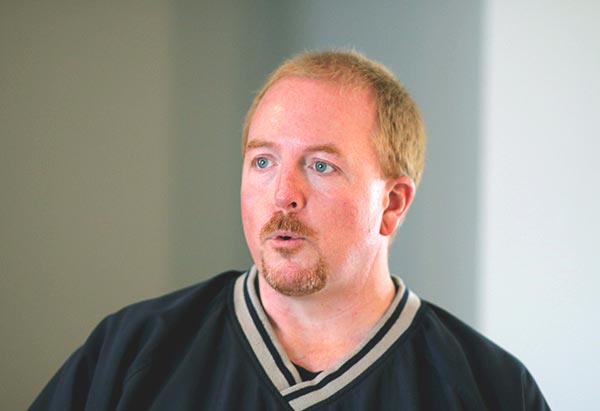 “The students are able to do most of the work themselves. I give them as much exposure to tasks as I can.” 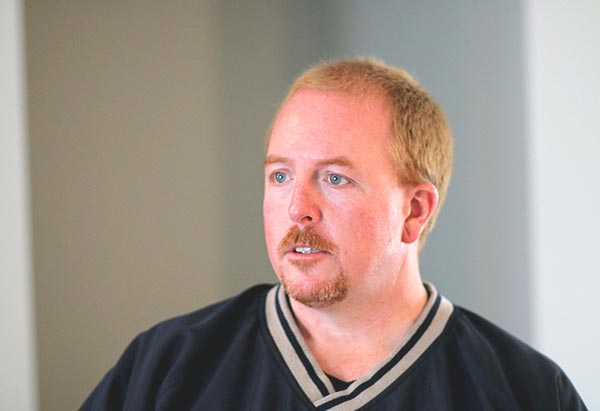 “What other programs can you walk away from in high school and in 20 years, it’s still there?” 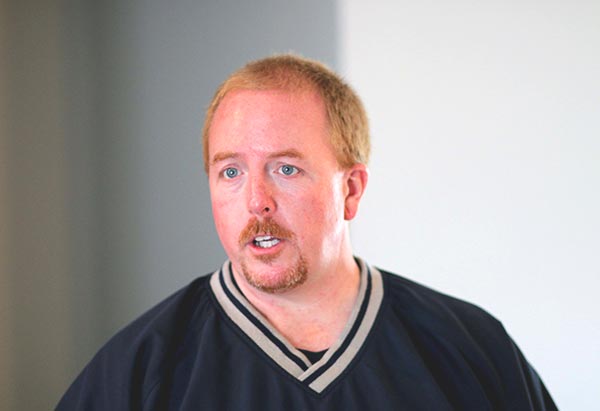 “We take our time, we make sure things are right, and if something’s wrong, we re-do it. I want students to understand it properly.”

Do you have a story to tell about someone who contributes to Goshen’s greater GOOD? We invite you to share!