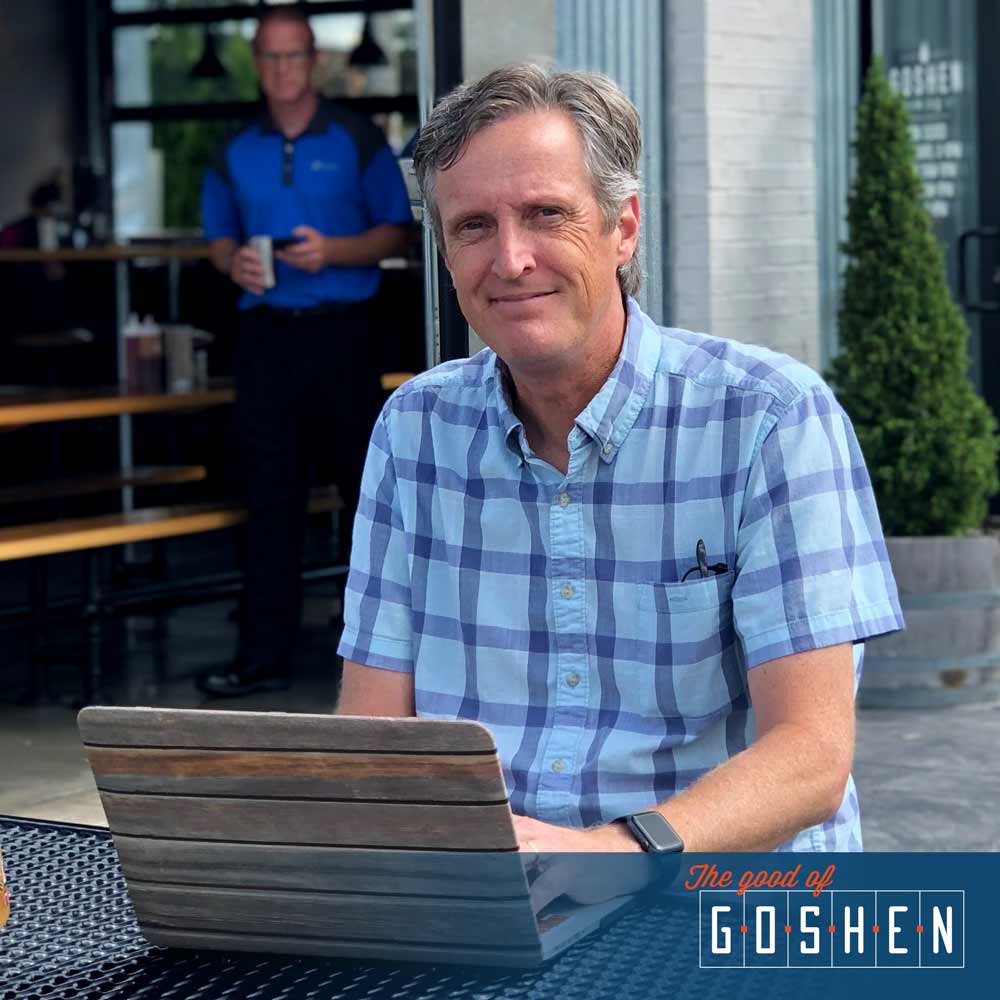 I grew up in Northern California – Santa Rosa – and moved to Goshen after I was married. Lori is from here. She had familiarity here. She had lived here before, and she went to school here. Their dad was a pastor at a church here. I’m a transplant.

Both of our boys are now in college, one at Purdue and one at Ball State.

I don’t know that we talked about it with the boys at the time, but I asked them later if they were glad that they went to Goshen schools. They said that they were. They fell into some good groups of friends from the area who were going to those schools, and so I think that was big for them.

We tried sports, but both of them were very much involved in music. In the Goshen school calendar there are three major dates where every group plays. And unfortunately or fortunately for my sons, they decided to be in multiple music groups. So both of them did marching band, and then our youngest, Colin, decided to be in four or five music groups, which was not only instrumental but also vocal.

We chose Goshen because I was teaching at Concord and either we moved first or Lori’s parents moved first. They were good support for us with the boys. And Lori got a job at ECSEC (Elkhart County Special Education Cooperative), right there in Lincolnway Plaza. She’s a speech therapist. So, jobs were the thing that brought us here initially.

It was easy for my sons to find their place. We found something that we wanted. Affordability is there. I’m not that far from an airport – South Bend. It’s a 40-minute drive. If I lived in Phoenix, it would still be a 40-minute drive.

I started running in 2000, and I have the Millrace right there. And so I learned how to run marathons on the Millrace and the Pumpkinvine Trail and these county roads.

Our quality of life is very much rooted in this community by what it provides. One of the things that we have noticed is that Goshen’s downtown has become very walkable. We’ve noticed in the past 10 years is that you walk right downtown and you’ve got really good restaurants. There’s not a lot of vacant storefronts.