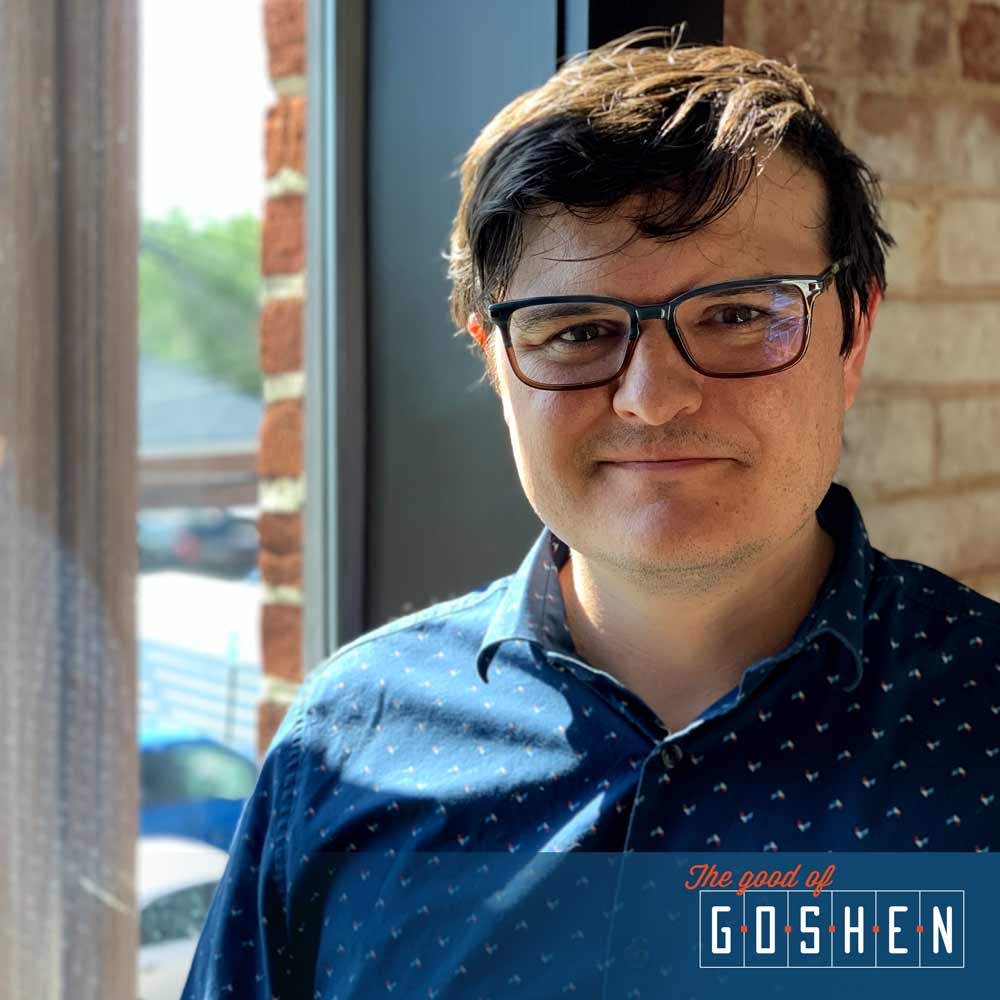 I’m originally from Middlebury. I moved to Goshen with my wife, who’s originally from here. We moved into an old family home on the west side of town when we moved back.

When we moved to Goshen, I just kind of jumped in and volunteered for one of the First Fridays when there was still the criterium, the bike races. I just kind of fell into volunteering with that. That’s how I got really involved with Goshen.

I work at Mapletronics over on the west side of Goshen along Wilden Avenue. I do pre-sales engineering, which mostly consists of putting parts together for servers and making sure everything works right. I also do system analyst work. I’ve been doing that for around two and a half years now.

I volunteer a lot for First Fridays. I’m on the task force. We sit down and talk about how the last event went and about upcoming First Fridays. I’m also on the Ten Thousand Villages Goshen board. That’s been a really exciting thing that I’ve added to my plate this year. Additionally, I just recently got involved with the Goshen Sister City program. Goshen has a sister city in Bexbach, Germany, and we’re looking to spark interest in the program again. I’ve kind of jumped into that to help bring that back to the forefront.

This is my favorite time of the year – grill season. I really enjoy grilling and working with new foods. My wife is a board member at Maple City Market, so it’s always nice to bounce between there and the Goshen Farmers Market to see what’s fresh to try to create something new in cooking.

If I had to say one thing about what makes Goshen unique compared to the other places I’ve been, it’s the people. I’m spent time in a number of cities for a year or more. Everything that Goshen has – the fun events and stuff we have – all come back to the people. Goshen really has a lot of people who are willing to invest in the community, and I think that’s what really sets us apart.