Bobby and Rosie Singh • The Good of Goshen 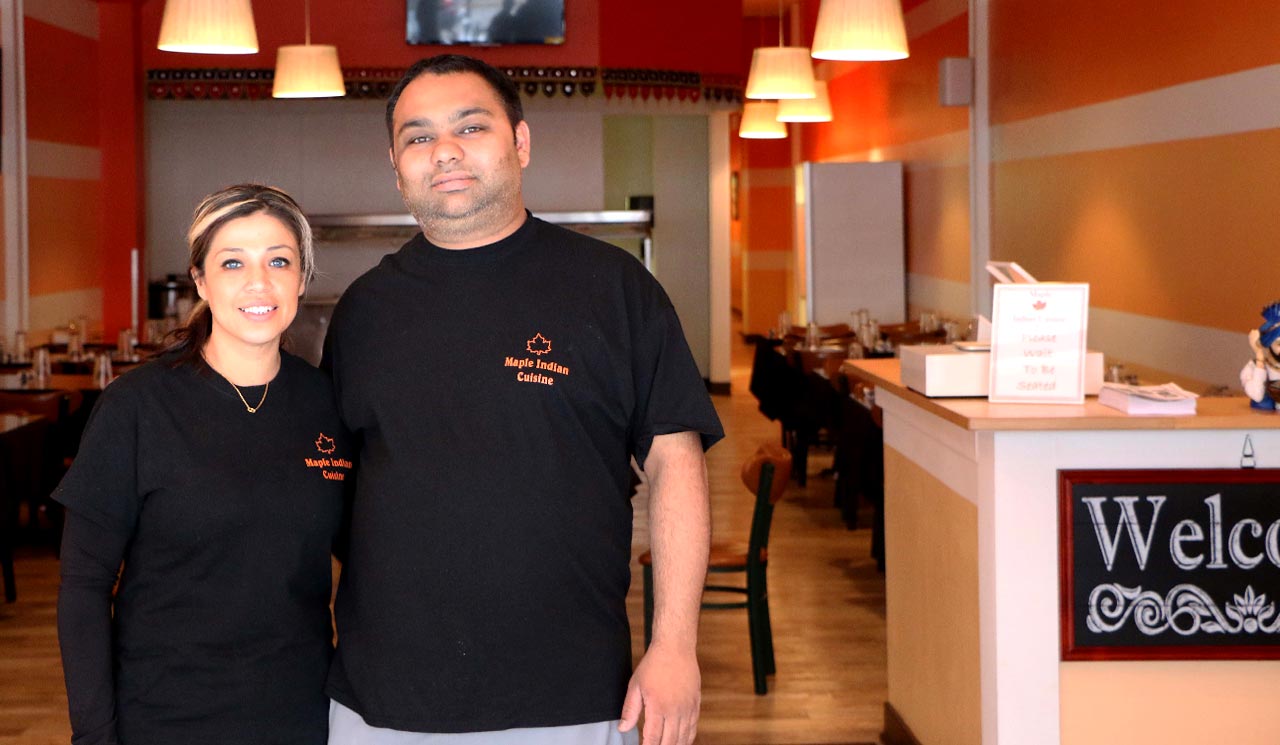 A one-of-a-kind dining experience in Elkhart County has a home in downtown Goshen – with no shortage of satisfied customers.

The restaurant is Maple Indian Cuisine, located at 127 S. Main St. Operated by Bobby and Rosie Singh, the restaurant opened in September 2014.

Owner Bobby Singh is a native of the state of Punjab, India, and lived in the capital of Chandigarth. He went to college in Australia to study business, and joined relatives in the United States around 15 years ago. He moved to Goshen in 2009.

Bobby’s wife Rosie pushed him to implement his idea of opening a restaurant.

“We were planning to do this for two years, but couldn’t find the right spot for it,” Bobby said. Then, the Singhs met downtown Goshen developer Dave Pottinger through Cressy & Everett Real Estate.

“Once I saw this location, I said, ‘This is it,’” Bobby said. The new venture began to take shape.

“There’s never been an Indian restaurant in Elkhart County ever, so we decided to go for it,” Bobby says.

Check them out on Yelp

Getting the restaurant space ready to go took about six months. Maple Indian Cuisine opened on a First Friday — downtown Goshen’s monthly festival and artistic and commercial showcase — in September.

The response was overwhelming.

“It was crazy,” added Rosie.

The initial success of Maple Indian Cuisine presented some challenges. Swamped with customers, some of the wait staff quit. Some clientele felt they were waiting too long for food. According to Bobby, quality offerings take time to prepare.

“We make our food from scratch, from fresh,” he said. “Somebody who knows how Indian food is cooked, they can understand it. …We thank all our customers who understand us.”

“The first two weeks, we know we had a difficult time,” Rosie said. The owners of Maple Indian Cuisine requested patience from diners, and received it. That patience was rewarded.

“Customers have been forgiving,” Rosie said. “What we’re finding is, someone who was here in September would come back two months later and say, ‘Thumbs up. You guys got it.’”

Handmade naan – served straight from the tandoori oven to your table 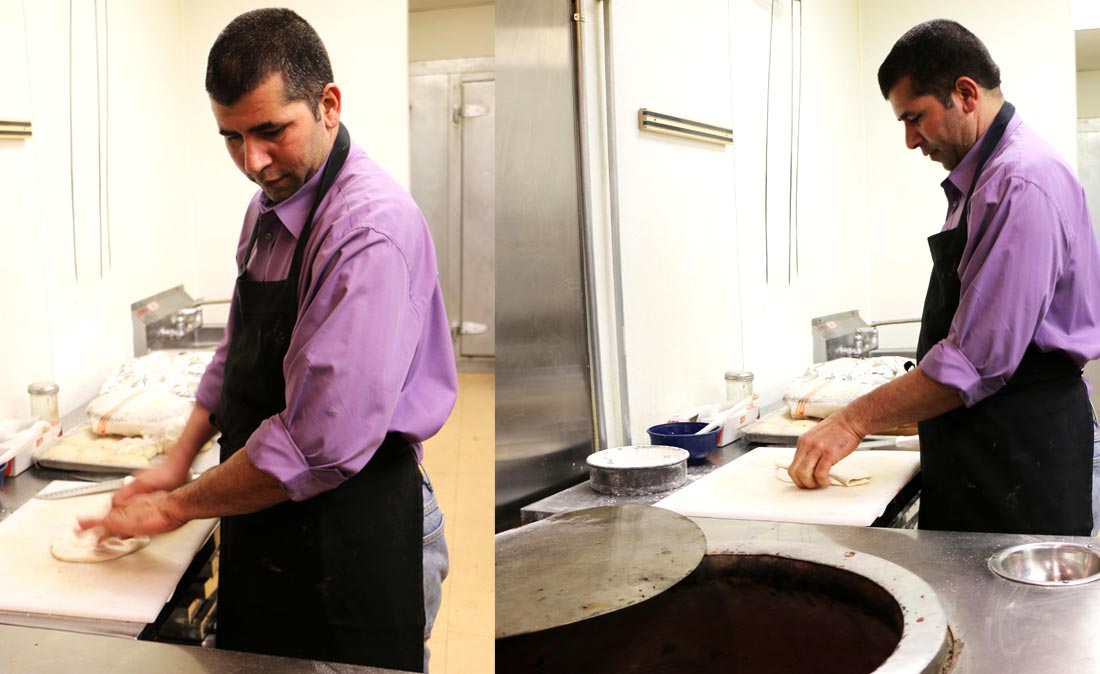 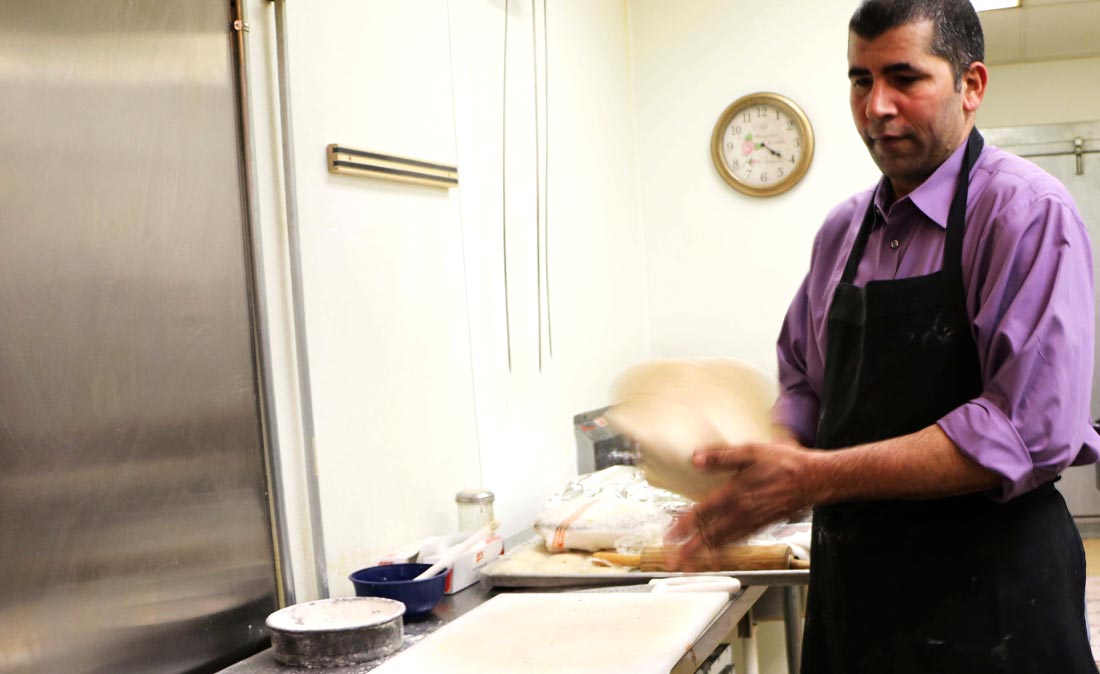 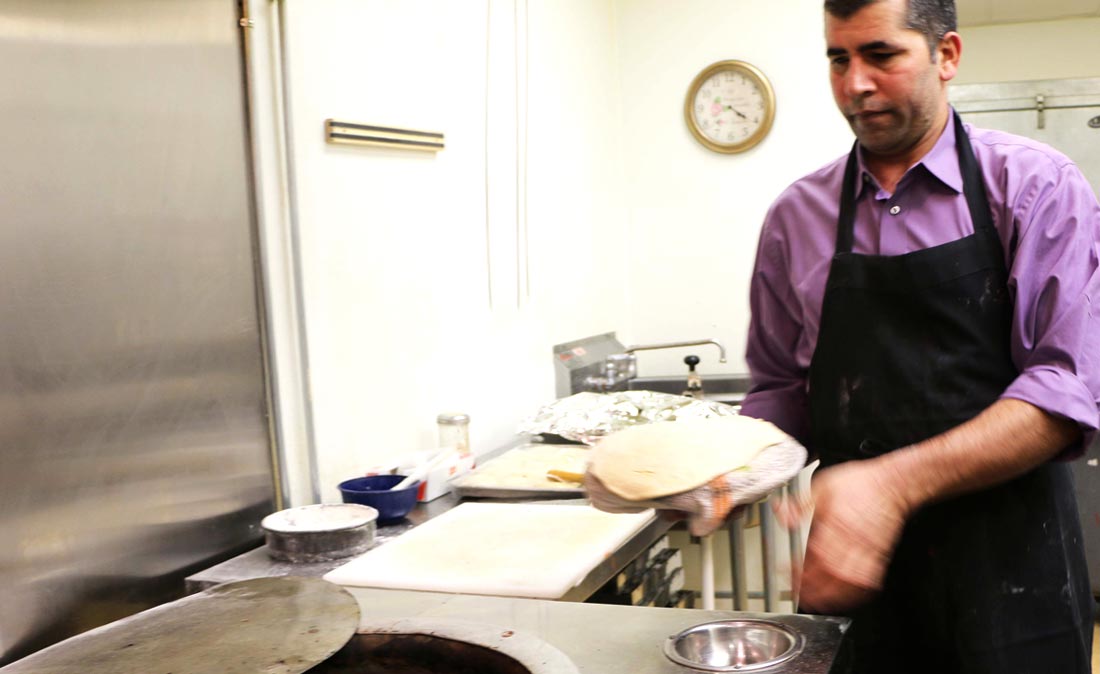 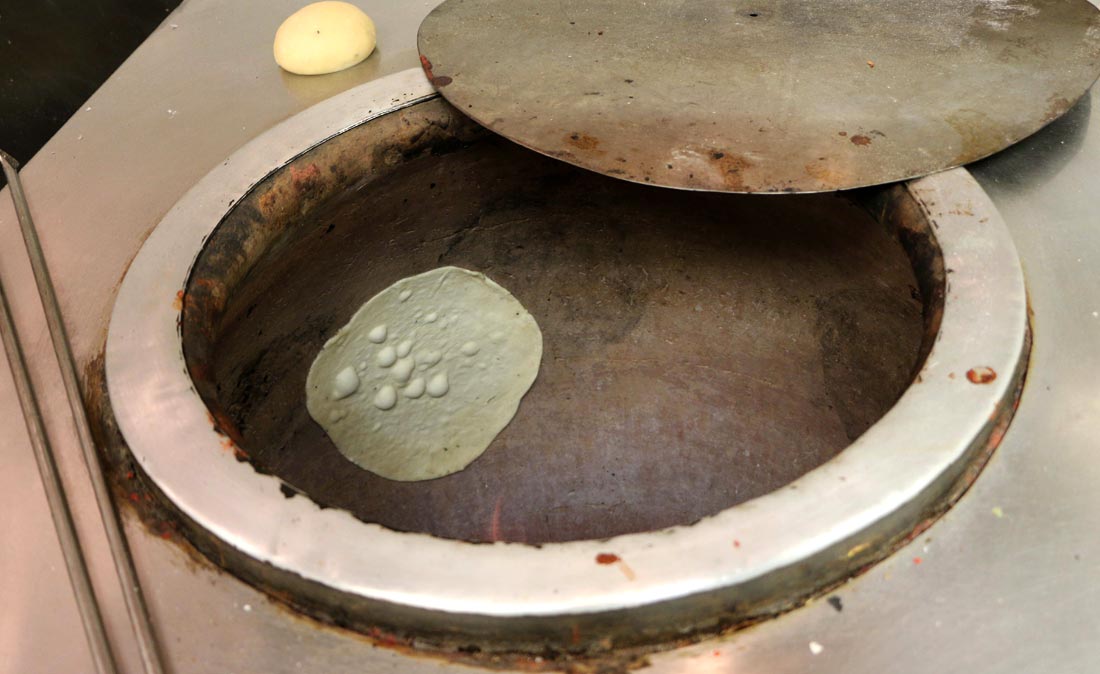 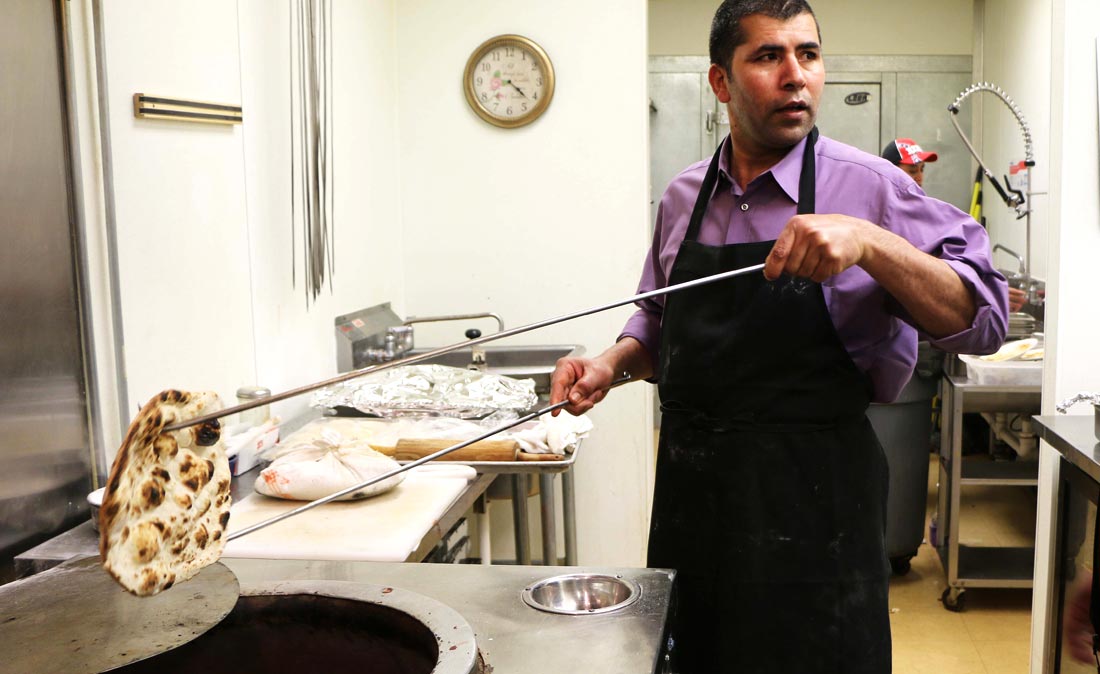 What does Maple Indian Cuisine have? Service to its clientele seven days a week, with a lunch buffet and evening menu offerings. The buffet always includes eight dishes: four vegetarian and four non-vegetarian, plus salad and dessert selections (Note: If you’ve never had the gulab jamun pastry treat, try it. It will make your life better.) There is also naan, a flatbread served straight from oven to table.

The dinner menu lists more than 100 selections, including vegetarian dishes to everything from goat to shrimp to fish. The spices used (“It’s all about the spices with us,” Bobby said) are from India. That said, the Singhs point out that dishes can be tailor-made from mild to spicy. And since the meals at Maple Indian Cuisine are made from scratch, diners who require gluten-free offerings can be accommodated. Rosie also pointed out that Maple Indian Cuisine now serves beer and wine, including Indian beer.

The Singhs are grateful for the public support for their restaurant. “We’re thankful that this community has really embraced Maple Indian Cuisine,” Rosie said. “They show us by contacting us for their catering events, their parties. That really shows there was a need here in Goshen, and we found it. I feel that we’re bringing people into downtown Goshen. We’re doing something right.”

The good news for Goshen’s downtown is that Maple Indian Cuisine is staying downtown.

“We’re getting a good response from customers. We’re not going anywhere,” Bobby said. “We’ll be staying here. Maybe we can expand, but we’re not giving up on this location.” 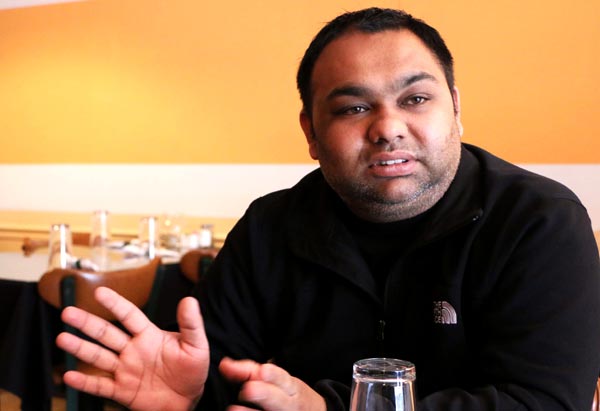 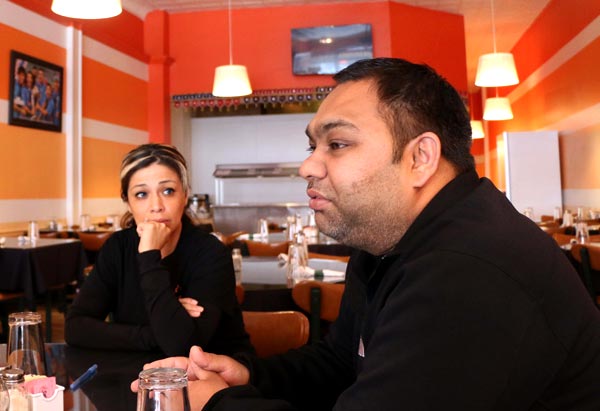 “It’s all about the spices with us.” 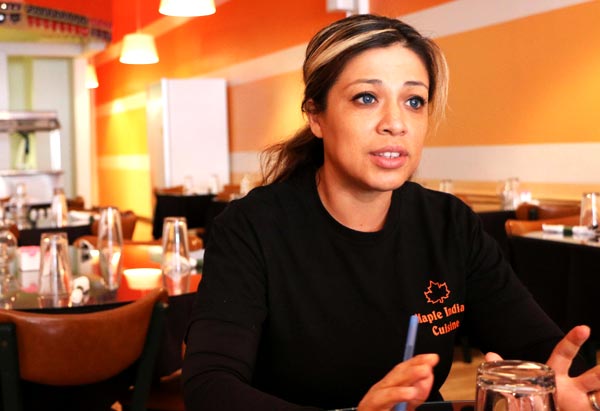