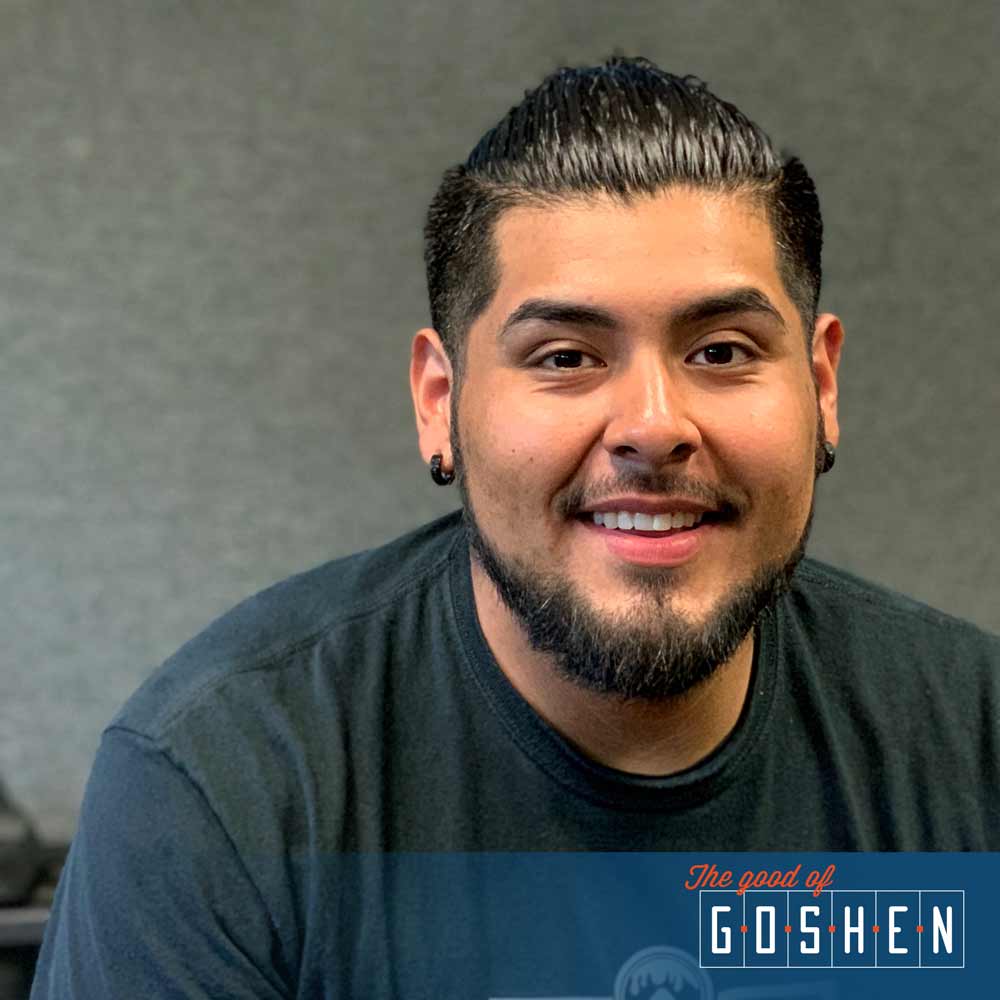 My name was supposed to be Fabian with a B, but I guess the nurse misheard and wrote it with a V. I’m digging the name. The B just makes it look weird.

I was born and raised here in Goshen. In the morning I go to work at Keystone, and then whatever time we finish up with our quota for that day, I go to the gym, and then at 4 p.m. I’m here at The Post-Youth Center. I’m the facilities manager here.

At The Post, I make sure everybody’s on a good vibe. I’m pretty much like the bouncer, the bodyguard – and I guess the hype man, too. Some of these kids are really unmotivated to do some of this stuff, but there’s a reason why we’re doing it. Our programs are based around self-development, money management, and I Am Second. They can seem boring, but just a little flavor of mine, I guess, gets the kids really involved.

The Post hooks kids with basketball, but it’s just the gateway to changing direction in life.

I wasn’t the easiest kid to deal with. I was pretty rowdy, obnoxious, I got angry. It took these guys at The Post just being patient with me and being persistent with me and encouraging me. Even though I didn’t leave the youth center with the results they wanted at that moment, those lessons were just being saved up.

It was in 2016. My friend passed away in a motorcycle accident a week before his 21st birthday. That really hit home. After that, I got evicted from my apartment, my girlfriend and I broke up, I lost a good-paying job as a forklift driver, I had to move back in with my mom – this is all in a matter of months. It was like a punch to the gut.

My little brother made me become better because he would copy everything I did, even the bad stuff. You’d see him kind of being a little me. I had to clean up my act.

I started here in 2017. I’d gone to a funeral at Harvest Community Church, which owns The Post building. I just felt this energy, like ‘This is your church.’ They rent this building out to us for $1 a year. Can you believe that? That’s awesome.

Perspective: That’s the word that was taught to me here, and that was one of those words that I set aside. I didn’t care about it until I started seeing things through other people’s eyes.

‘If nothing changes, nothing changes’: That was the motto when I was a student here. It’s about expecting better results when you’re doing the same thing consistently, and then you wonder why you’re in the same spot. But the minute you switch it up, tweak it, critique it, the fire burns bigger. You’re progressing.