From Industry to Community,

Goshen Has It All 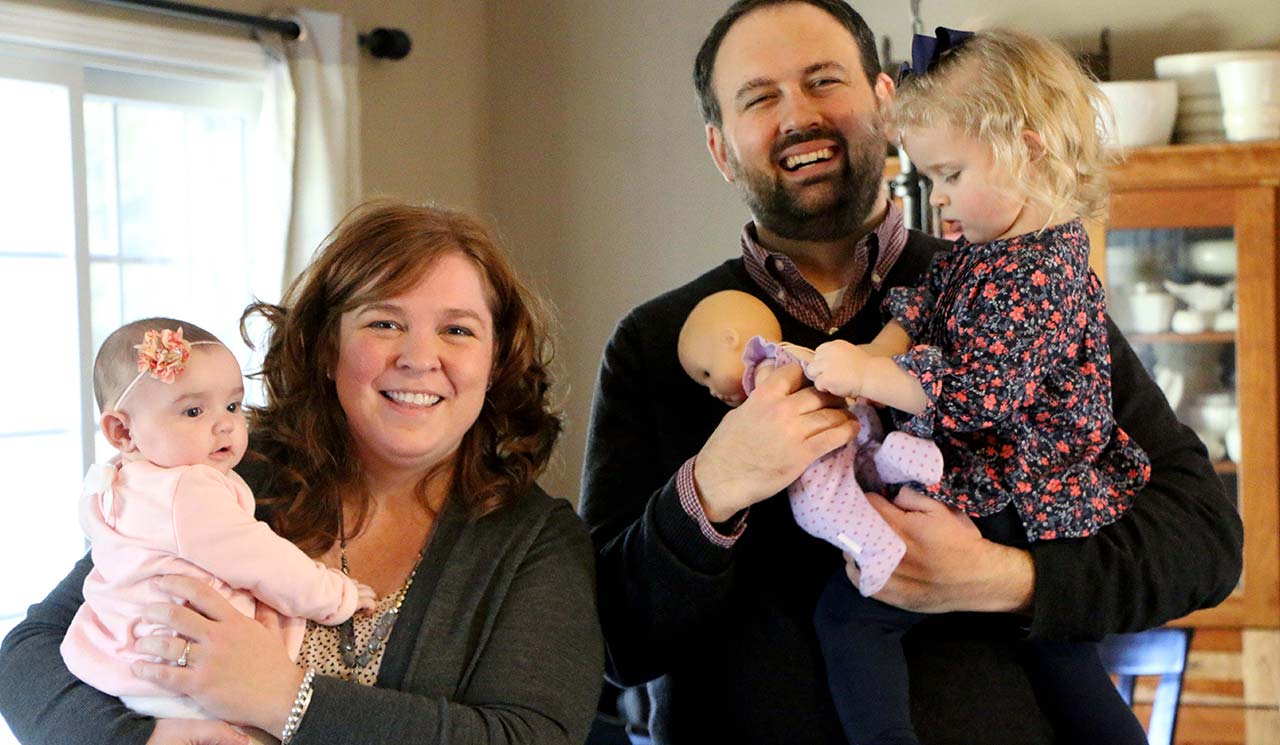 For Kelly Gast, a life-long Goshen resident, her hometown has all the pieces that make up a successful city. Her enthusiasm for her hometown runs deep, and has grown over the years.

Not only does Gast love living in Goshen, she goes as far as to give back to the city. Through her work with a local philanthropic group and the Goshen Chamber of Commerce, Gast has built a give-and-take relationship with the community.

On board for business

Gast is a 1998 graduate of Goshen High School. She went on to attend Purdue University in West Lafayette to earn an Organizational Leadership and Supervision (OLS) degree. She was hired at MasterBrand Cabinets Inc. in Goshen 13 years ago. Today, she works as their senior human resources manager.

Gast’s involvement in the business community has extended beyond MasterBrand. She served on the Goshen Chamber of Commerce board for six years, but recently stepped down because she wanted to give someone else the opportunity to serve. She greatly enjoyed her time on the board.

“You get so tied up in your job sometimes that it’s nice to go to the Chamber and talk to your peers and people from other industries,” she said. “I could definitely see myself serving on the board again in the future. I sincerely enjoyed meeting different individuals from different businesses in the community.”

“We’re lucky to have so much industry in this area,” she said. “There are plenty of jobs — more jobs than there are people. It’s an area where people can move, raise their families, and make a good living.”

“There are so many pieces that make a good community, and we have it all. … Why wouldn’t people want to raise their families here?”

The economy is on an upswing in Goshen, but that doesn’t mean there aren’t community members who could use some financial help.

Gast is involved in one of the many local service clubs devoted to meeting that need. She has been involved in the local branch of the Psi Iota Xi, a women’s philanthropic organization, for more than 10 years.

“I wanted to get involved in the community and to be part of an organization that actively did good,” Gast said.

Gast said the members of Psi Iota Xi are passionate about raising money for community members in need, adding that all the funds stay within the community.

“When families have children with speech and hearing needs, there are many expenses that go along with it,” said Gast. “Parents can have trouble affording things their children need — specifically, hearing aids. They’re very expensive, and sometimes mom and dad can’t afford that. That’s where we can step in and help.”

Psi Iota Xi receives most of its funding requests from the Elkhart County Special Ed Co-Op (ECSEC) and speech and language pathologists in Elkhart County. The number of requests varies, but the club generally receives a few for hearing aid assistance every year.

“Lately, we have also received requests for iPads for a few students with autism,” Gast added. “These students have trouble communicating and iPads, when used correctly, can really open up communication for these students and make a huge difference in their learning.”

Psi Iota Xi funds have also been used to buy equipment for Elkhart County speech pathologists to help them assess and address the needs of students. And club money is also used to run a speech camp in the summer for Elkhart County pupils.

Other Goshen-area civic groups — the Optimists Club, Kiwanis, etc. — also run food booths as fundraisers. When you grab a bite at the fair, Gast suggests purchasing from local charitable organizations.

“That money stays here in this community and does good,” she said.

“When you think about how small our group is and how much money we raise … it’s a neat thing,” Gast said. “I think it is pretty incredible what this small group of ladies has done and continues to do in the community to help people who need assistance.” 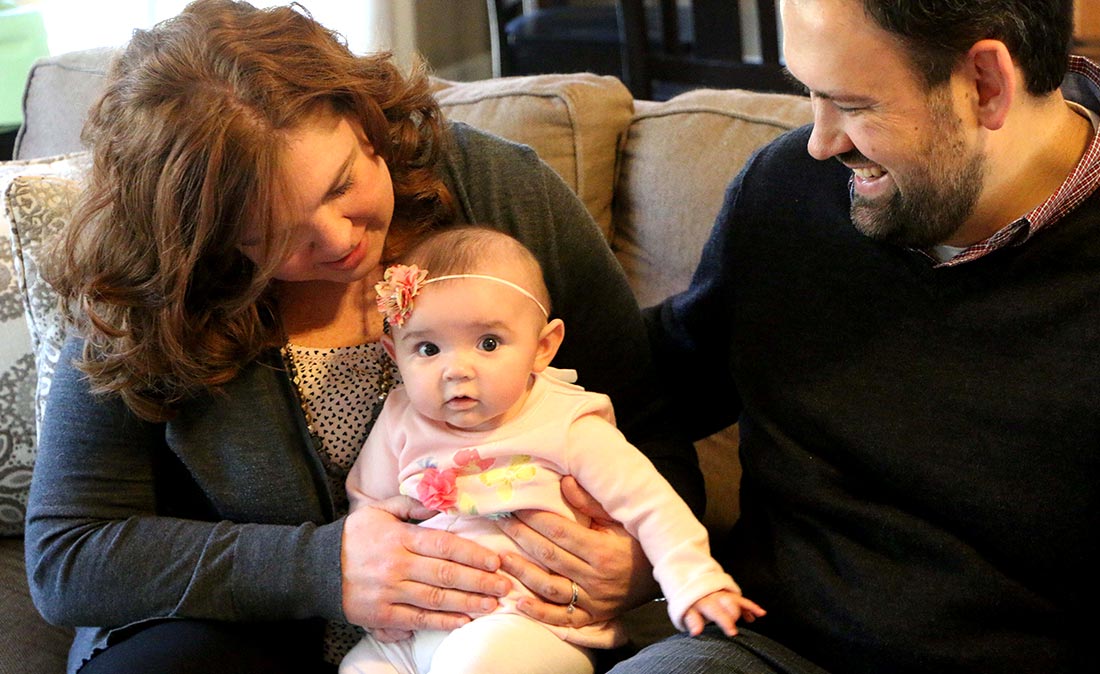 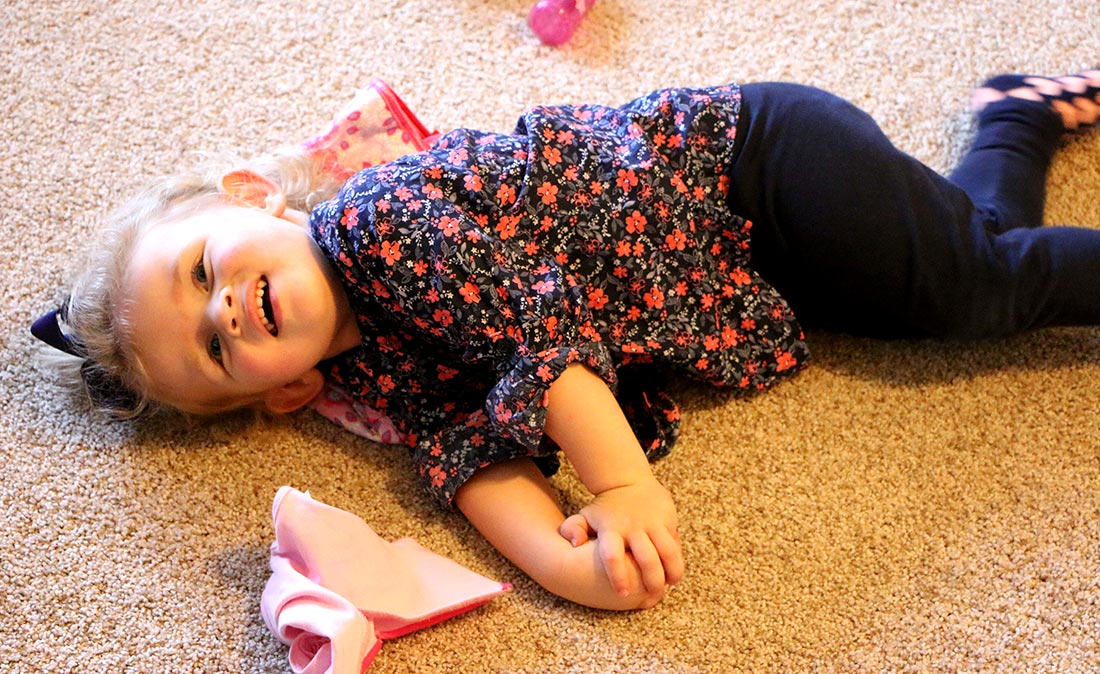 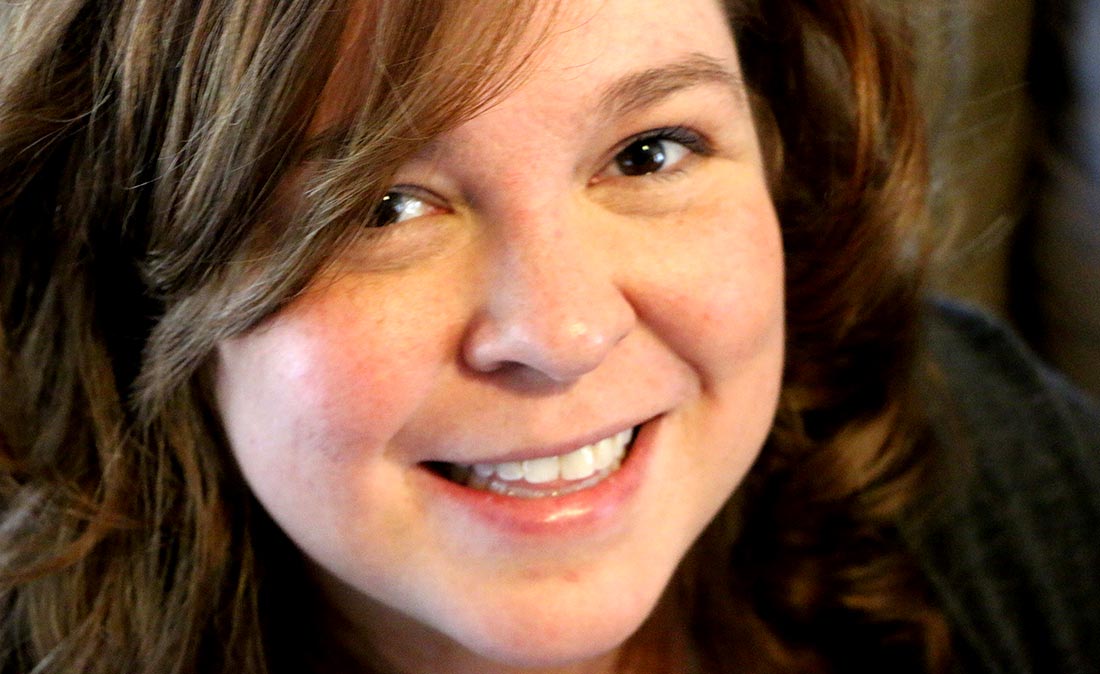 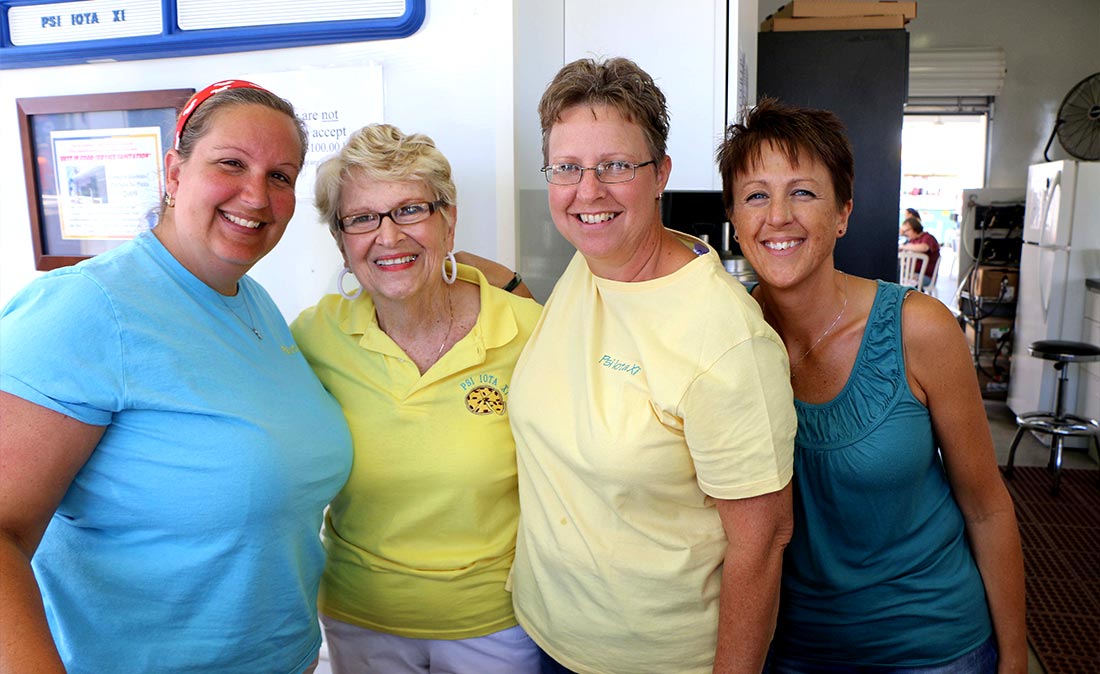 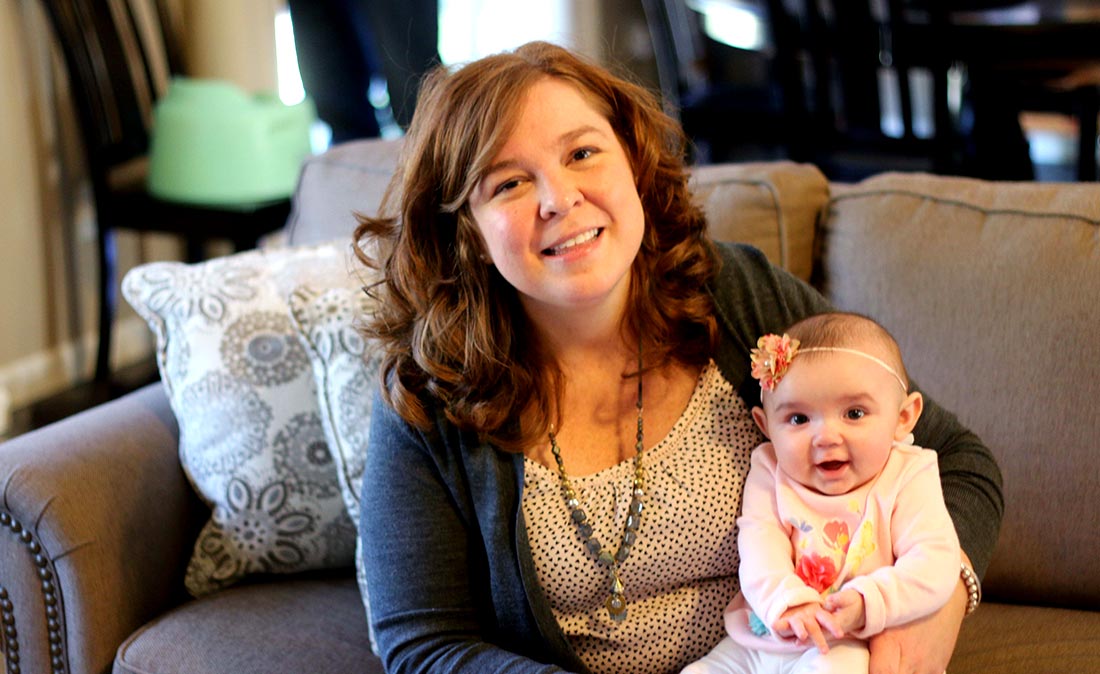 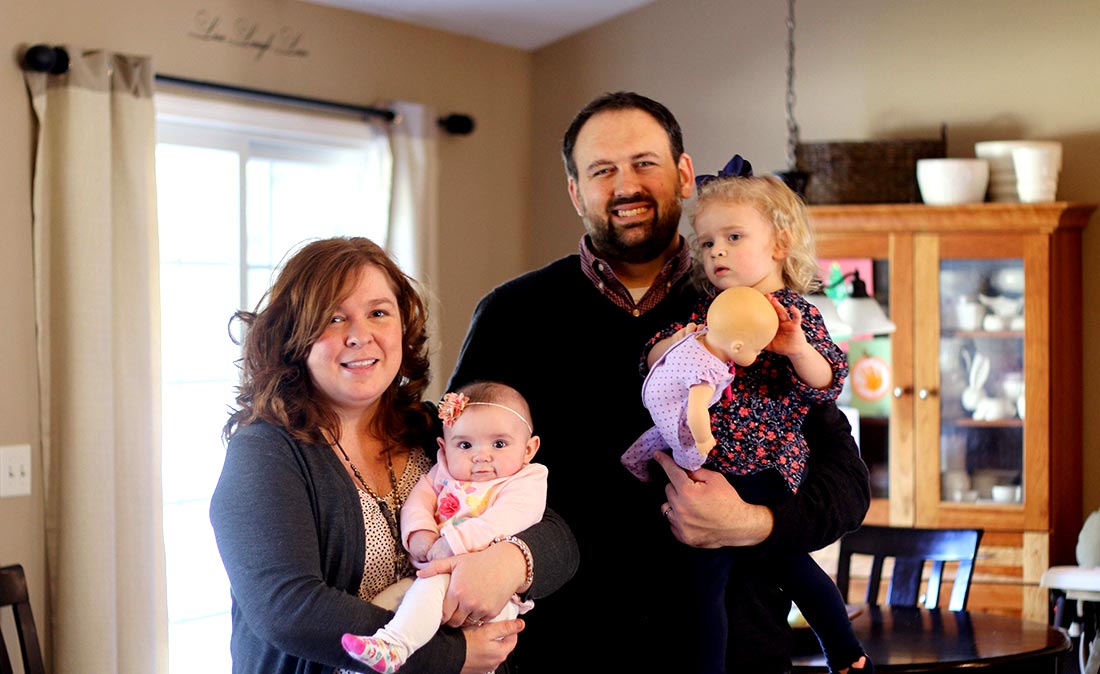 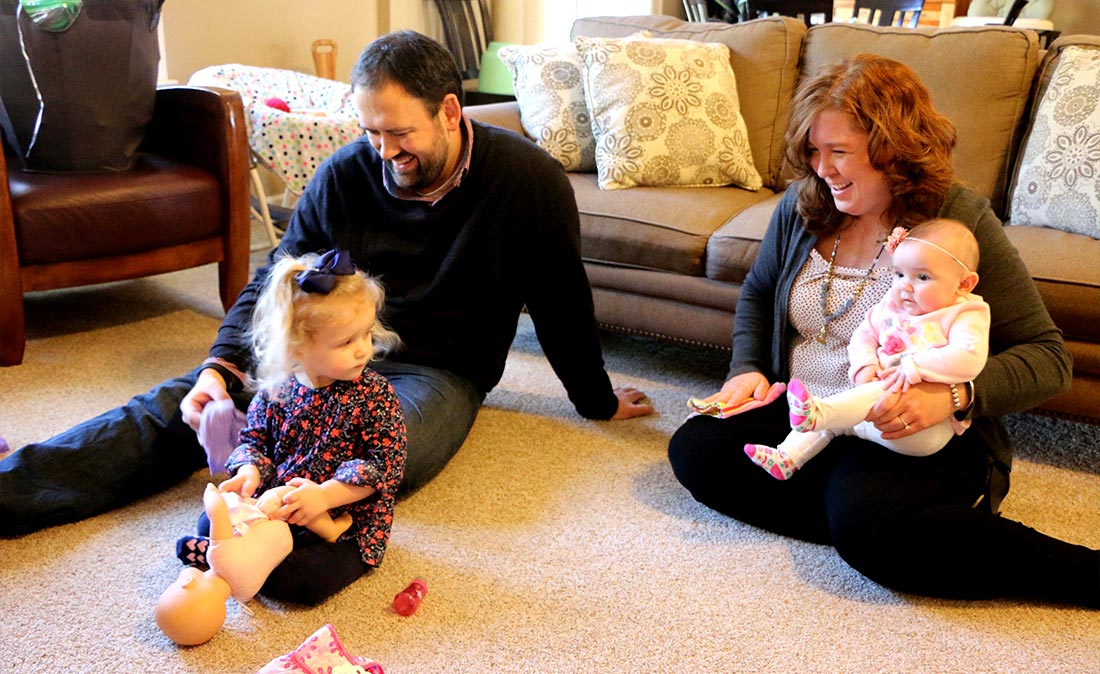 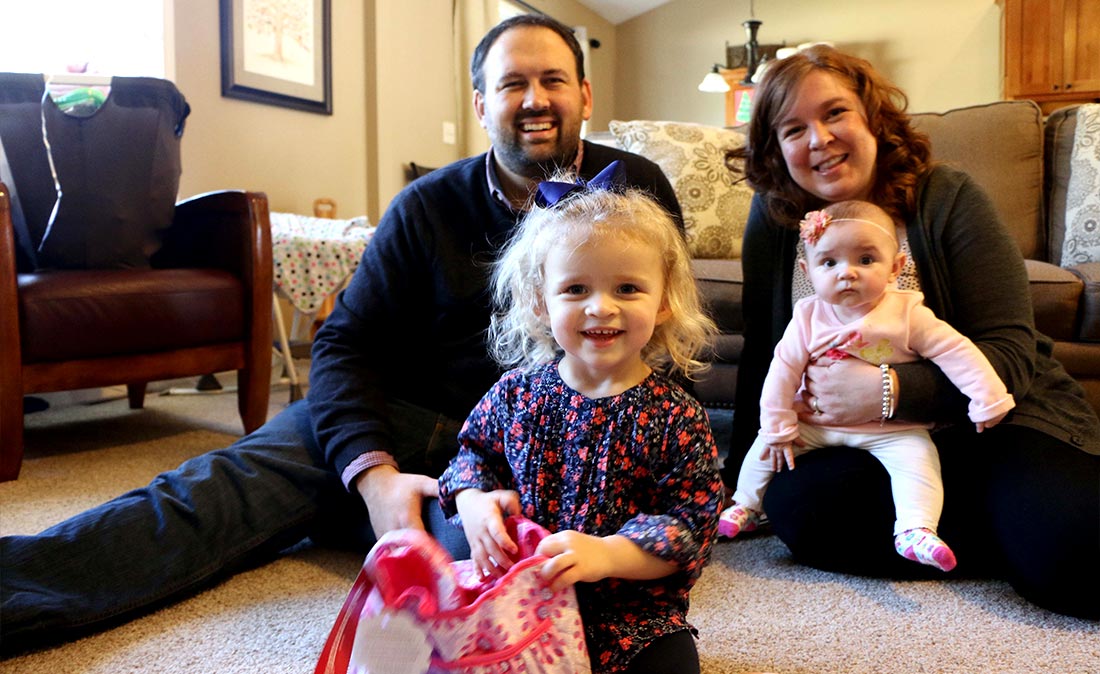 ‘Goshen has it all’

The work of Psi Iota Xi is having a positive impact in the Goshen community. That community is the one where Gast has chosen to raise her family, and she’s positive she made the right decision.

Gast met her husband, Bryce, a civil engineer, when he was in Goshen working on a large municipal project. At the time, Bryce was living in Brownsburg, Ind., a suburb of Indianapolis. When they got married, they had a choice to make: Would they move to Indianapolis or stay in Goshen? They chose Goshen.

“It’s a wonderful town, and has so much to offer,” Gast said. “I’m so grateful I get to raise my girls in Goshen.” The Gast family also includes daughters Indy, 2, and Pippa, 4 months. The girls will be growing up in The Maple City, where all the components of a successful city are already in place.

“I can’t speak highly enough about this city — the downtown effort, the business community,” said Gast. “There are so many pieces that make a good community, and we have it all: We have businesses, we have industry, we have churches and a religious community, we have civic groups, we have a great downtown, we have the arts, we have amenities like the Pumpkinvine Nature Trail. Why wouldn’t people want to raise their families here?” 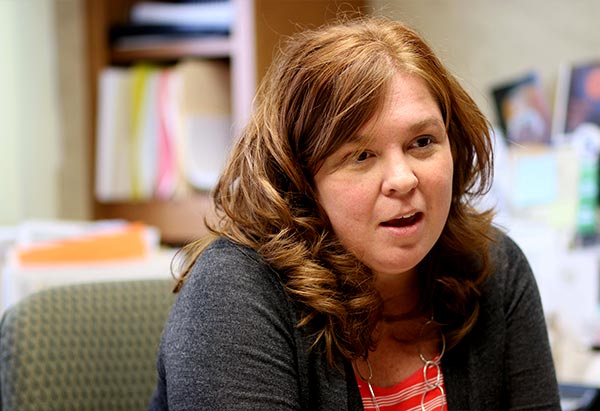 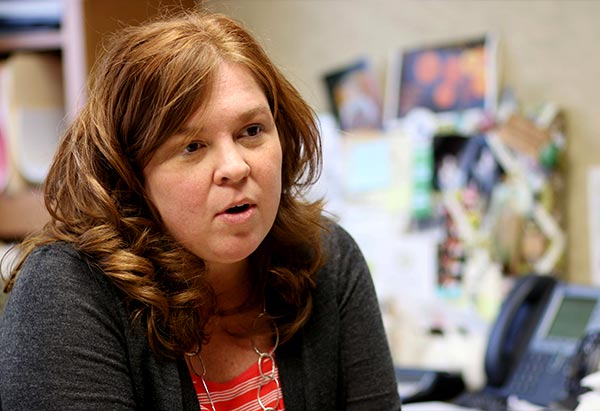 “We’re lucky to have so much industry in this area. It’s an area where people can move, raise their families, and make a good living.” 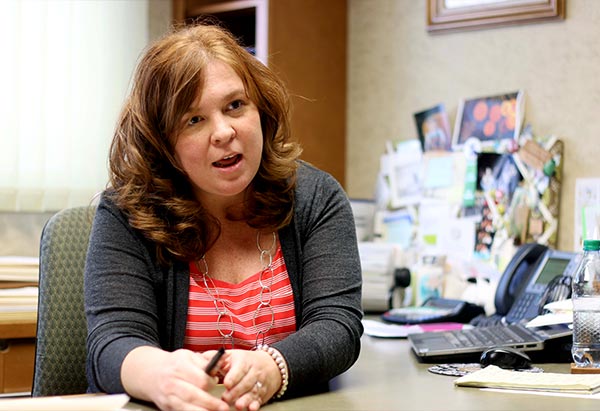 “I can’t speak highly enough about this city — the downtown effort, the business community.”

Do you have a story to tell about someone who contributes to Goshen’s greater GOOD? We invite you to share!
Tell us your story
Share this story!