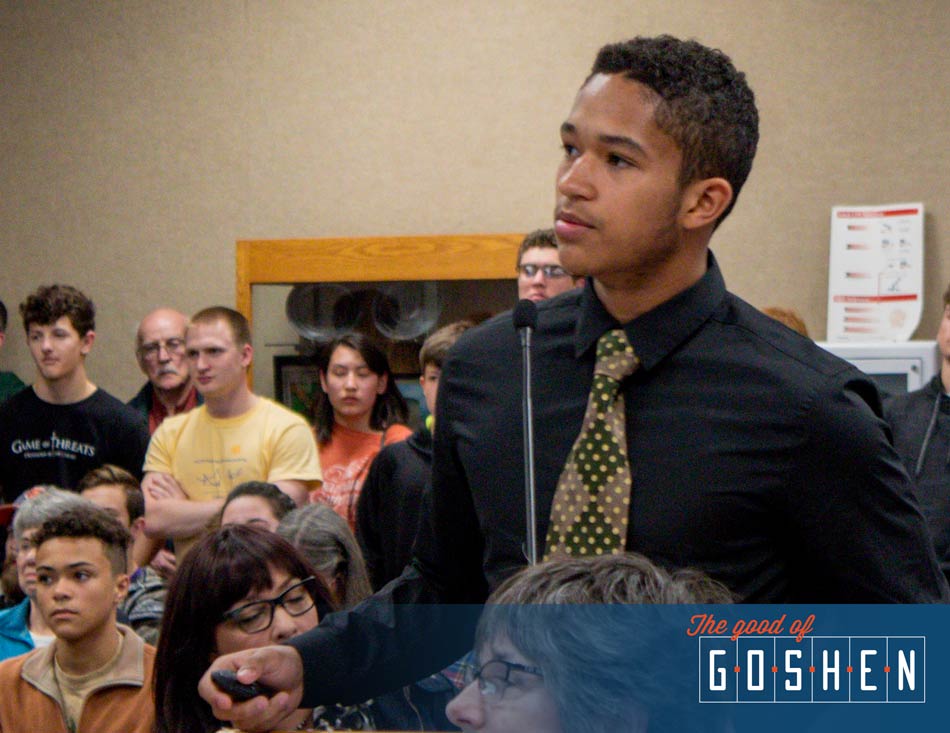 On Tuesday, April 23, a group of Goshen High School students attended the Goshen City Council meeting. They also made history.

In a 6-0 vote, the City Council approved a non-binding resolution calling on the city government to take action to combat climate change. The resolution was drafted by the GHS Youth Caucus.

“This resolution is a push to get us on the right track,” said Felix Perez Diener, part of the caucus and also the youth adviser to the City Council.

Mayor Jeremy Stutsman said of the resolution, “I believe this is the first time in the history of Goshen that the youth have brought something to the City Council for passage.”

Evidence cited by the Youth Caucus in the resolution includes: 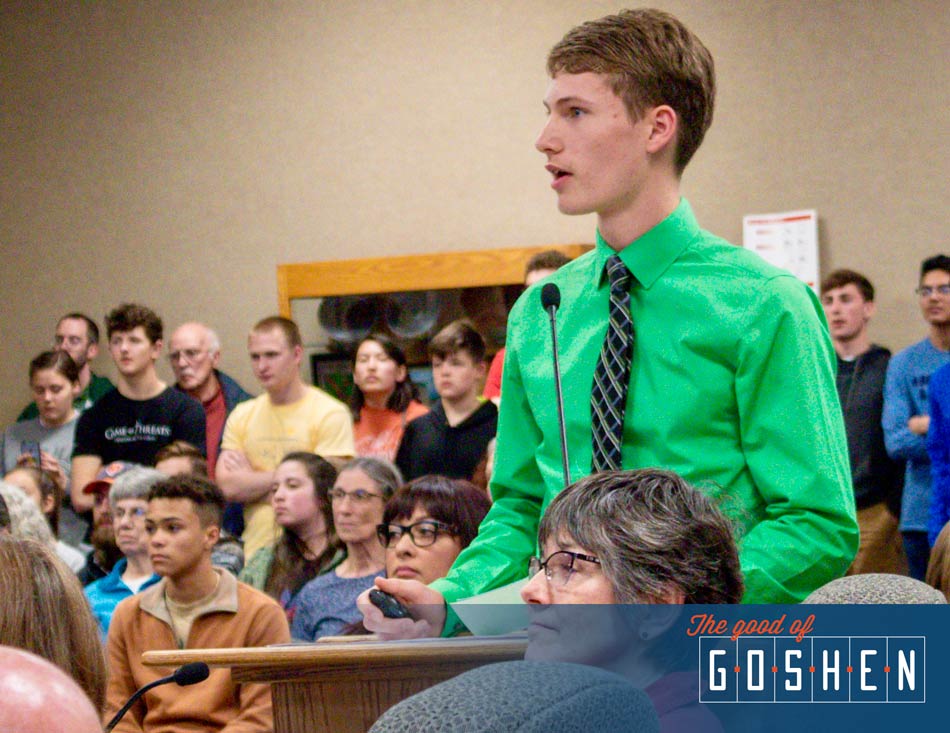 “The earth is warming. That’s hard to dispute,” said Youth Caucus president Jonathon Snyder, later adding, “One of the things we believe is that the amount of CO2 humans are producing is significant enough to cause global warming.”

Youth Caucus goals include carbon neutrality in Goshen by 2035, and a 45 percent tree canopy in the city by 2045. Additionally, the group calls for a Climate Action Plan that will find specific courses of action to put into place.

“We want the city of Goshen to support, where possible, initiatives in Goshen and Elkhart County to reduce the carbon footprint,” Youth Caucus member Dylan Steury said. “Some of these may include waste reduction, recycling, and alternate transportation methods, just to name a few.”

Mayor Stutsman noted that the resolution doesn’t create mandates on the community of Goshen, but rather speaks to the Goshen city government practices.

“We’re going to work really hard to better all we’re doing, and lead by example,” he said.