Giving Back with Live Music

Jabberwock • The Good of Goshen 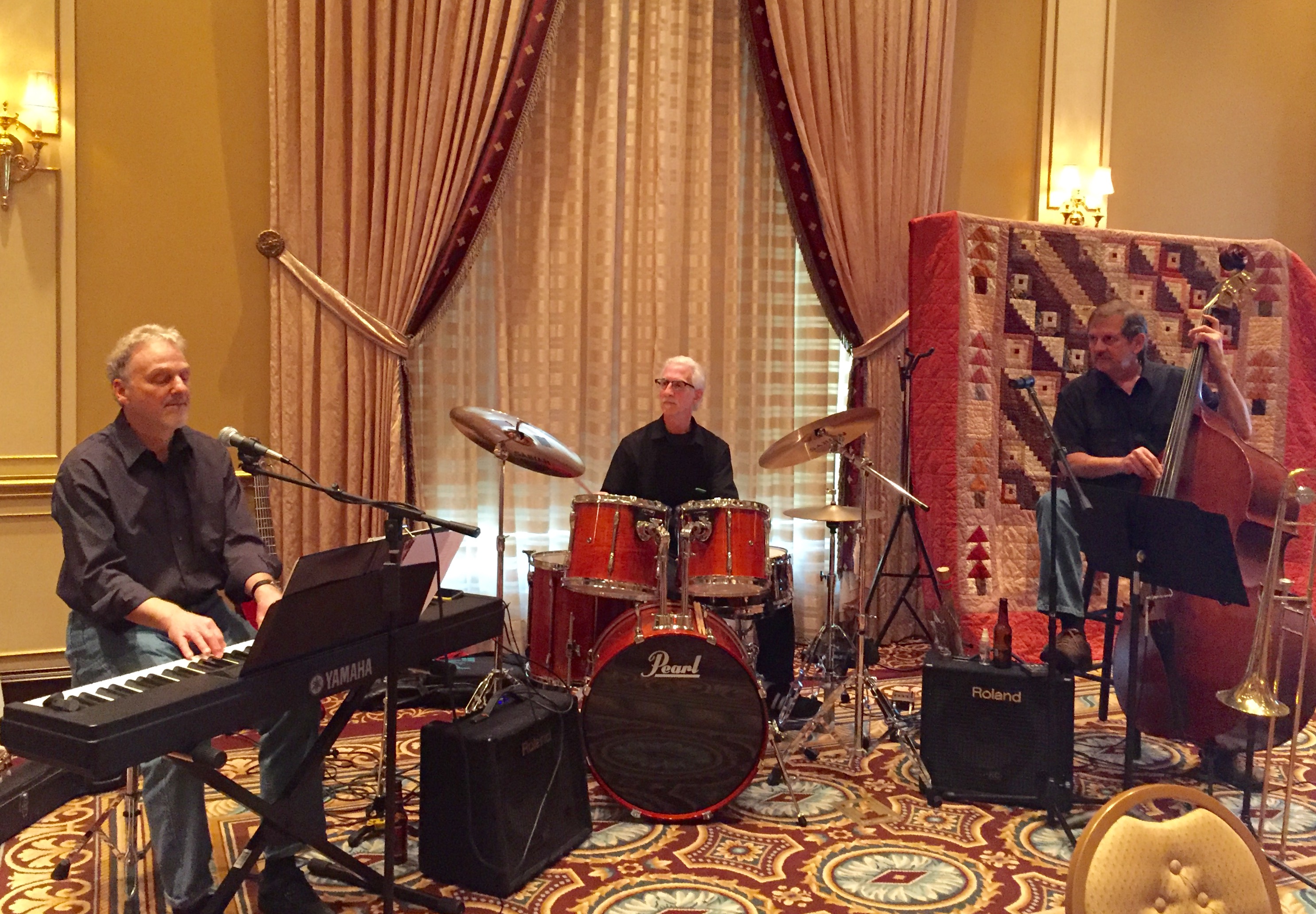 “This is our form of volunteerism,” Thomas says. “We’ve played at numerous galas and fundraisers, including events for Ryan’s Place, CAPS, ADEC, The Post, The Crossing, and Greencroft’s Golf Benefit.”

Mike Hoover plays keyboard, flute, classical guitar, electric bass, and some vocals. He currently plays in three other bands, including Drop the Dawg (Americana music) and New Song (a praise and worship group). He and some former high school friends are also working up some 1960s rock and roll for their high school reunion this summer.

“I can’t imagine what else I would do, given the choice, than play music,” Hoover says. “Playing in a small group also functions as a social outlet. Jabberwock has a bit of the ‘anything goes,’ which can lead to some unique arrangements and song choices.”

Miller and Hoover both work at Everence, a financial organization. Thomas works part-time for the Greencroft Communities Foundation. After playing with several other drummers, Hoover and Thomas are glad to have Miller as a regular.

“We play up-tempo songs and slower songs, louder songs and softer songs, instrumentals and songs with vocals, which makes it more interesting,” Miller says. “I enjoy performances because we get to share with people outside the band the music we’ve been working on. It’s also a chance for us to (we hope) add to the enjoyment of an event such as a nonprofit’s annual dinner. … Often during a performance, I’ll think, ‘That’s the best I’ve ever heard Mike/Everett play that.’ That’s when it’s the most fun.”

Thomas started out playing the upright bass. But recently he has played more trombone, classical guitar, and some keyboard.

“Mike keeps pushing me to play my horn more,” Thomas says, “which is interesting because it was in storage for so many years. It’s a Conn that I got when I was in fifth grade. So it’s more than 50 years old!”

Because of the variety of instruments the men play, the musicality of the songs can be quite diverse. This includes several songs Hoover pre-recorded on his keyboard so he can play flute to the accompaniment.

The group’s playlist, currently at two hours, includes some original pieces composed by Hoover and the first verse of the poem, Jabberwocky, which Thomas set to a blues pattern. The playlist also includes some hymns the group worked up for a vespers service at Greencroft last year.

The plan is for another vespers service in September after Hoover is finished with his reunion band. In the meantime, nearly weekly rehearsals allow for learning new pieces and just plain fun making music.