By partnering with local farms, Goshen’s Berry Plastics and their employees are passionate about making sure no one in their community goes hungry

Berry Plastics • The Good of Goshen 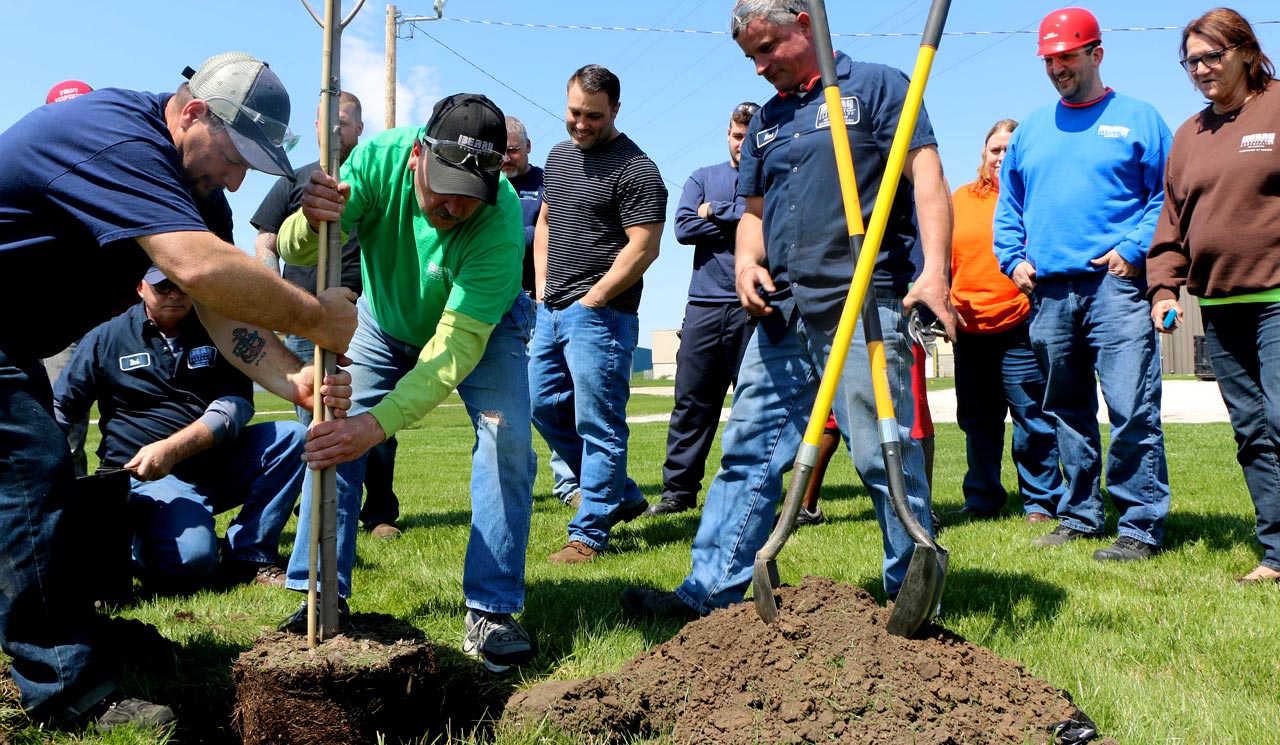 A Goshen manufacturing company has found a unique way to help the community it calls home: agriculture.

That company is Berry Plastics, 1413 Eisenhower Drive South. It’s one of around 80 Berry Plastics facilities on the globe, and the Maple City branch manufactures institutional can liners. According to regional plant manager Cory Keich, the parent company makes “anything and everything plastic.”

“All plastic cups, bowls, lids,” Cory said. “You go to a McDonald’s, look underneath the cup – it’s going to say Berry Plastics on the bottom. Anything you pick up at a grocery store, it’s made at a Berry Plant somewhere in the world.”

When the recession hit, Goshen’s Berry Plastics was in an enviable position.

“We were fortunate as a company,” saysCarol Marquart (GC ‘84), human resources manager at the Goshen facility. “We weren’t affected by it too much. We have a commodity here that everybody uses and needs. We felt very fortunate, but our employees were affected — their spouses, their moms, their dads — people were losing their jobs. It was a rough time, and we felt as a company we could do something to help out.”

Carol recalled that in the spring of 2009, an employee approached her with an idea: With so many people needing help, why not plant a crop in the field right next to the Berry Plastics facility?

“I thought, ‘Oh my gosh, that’ll be a lot of work. How are we going to do that?’” Carol said. She contacted Tom Kercher of Kercher’s Sunrise Orchards and told him about the employee’s idea.

The Berry Plastics project continued next year with another crop. Carol said 2010 was more of a dry year and the yield wasn’t quite as good, “But we still worked to provide sweet corn.”

“That was very labor-intensive,” Carol recalls. “We thought, ‘What did we do?’ The work carried on, and the crop of squash again went to charitable organizations.”

After Kercher’s was no longer involved with the project, Carol called the Northern Indiana Two-Cylinder Club, which is made up of John Deere equipment enthusiasts. The club members were eager to be on board.

Carol said employees helped with the work after their workday at Berry Plastics was through, and sometimes their family members would pitch in, too.

“They’d get their families over to do it — their spouses, their kids,” Carol says. “I’ve seen aunts and uncles, grandparents. They enjoyed doing it.” Carol said the field project will likely continue, and probably with the help of the Two-Cylinder Club. 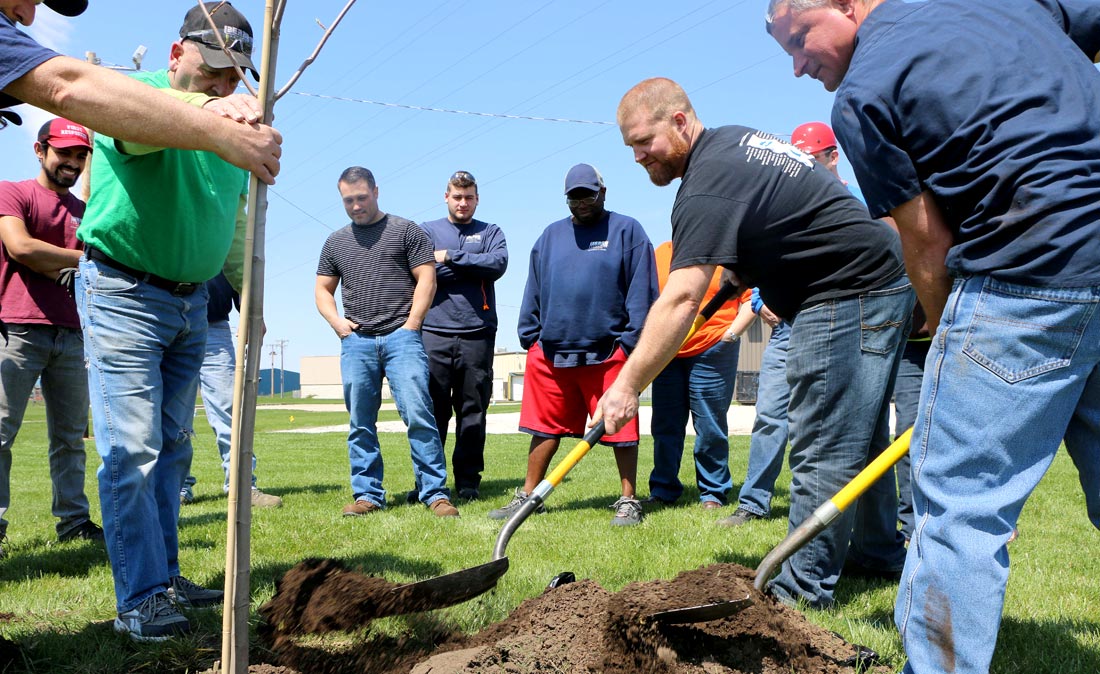 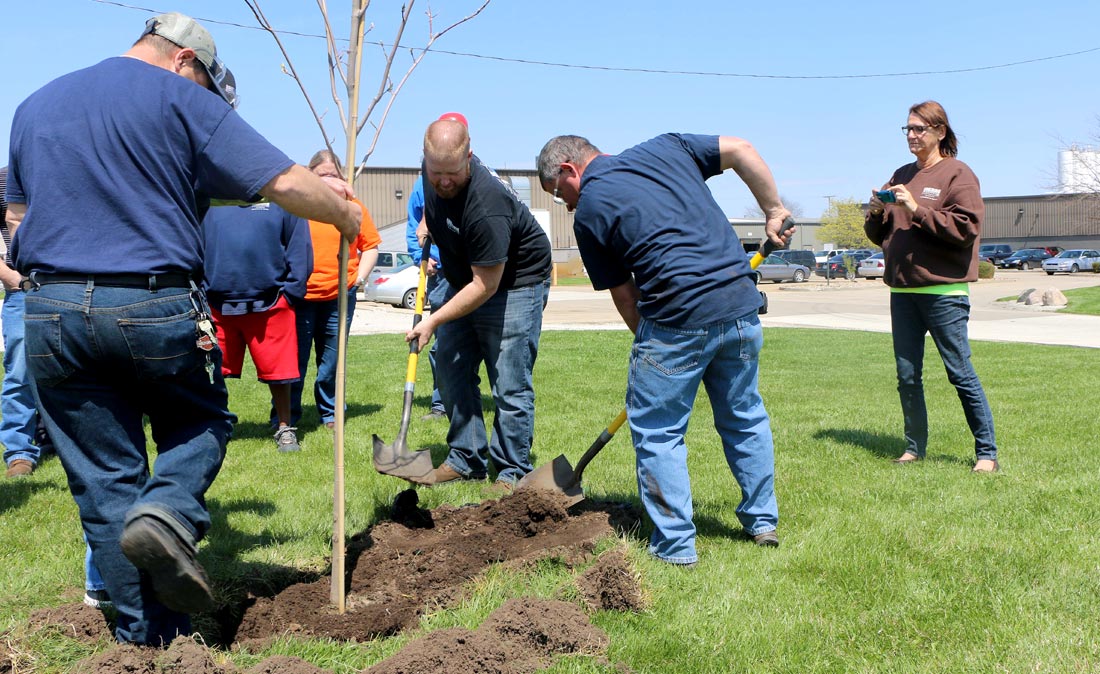 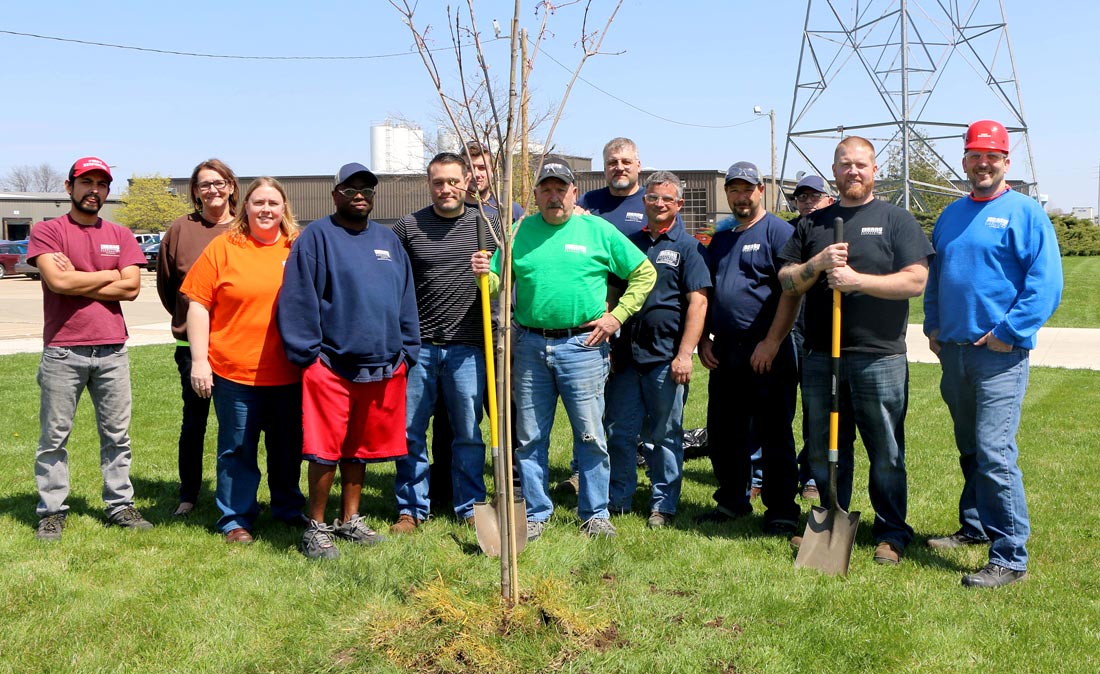 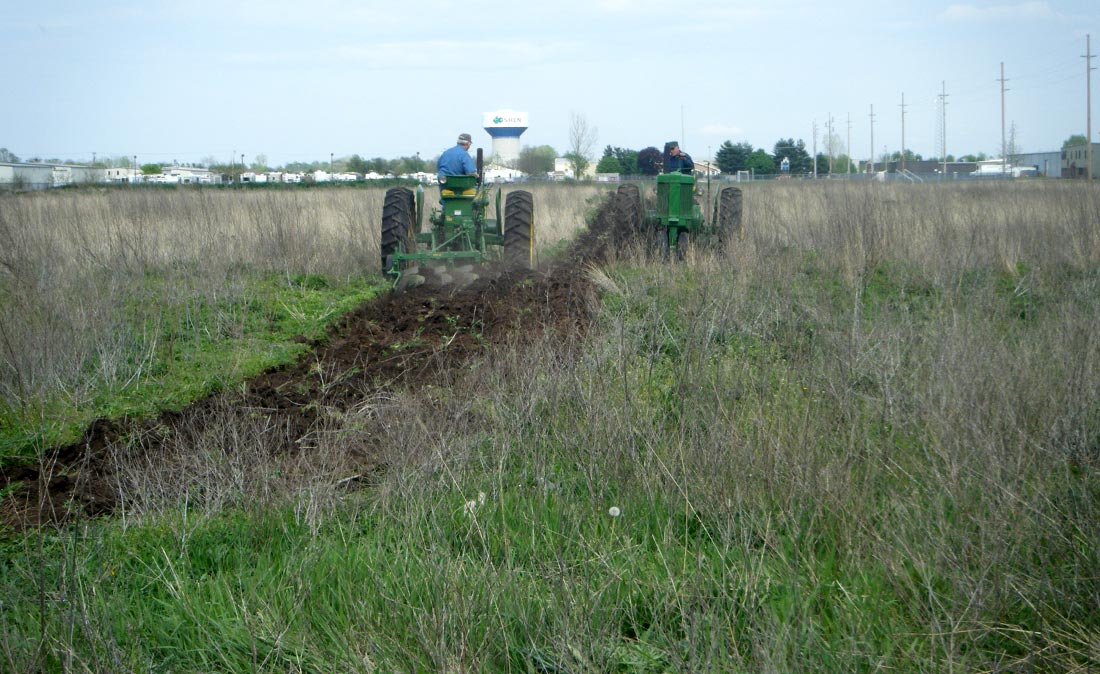 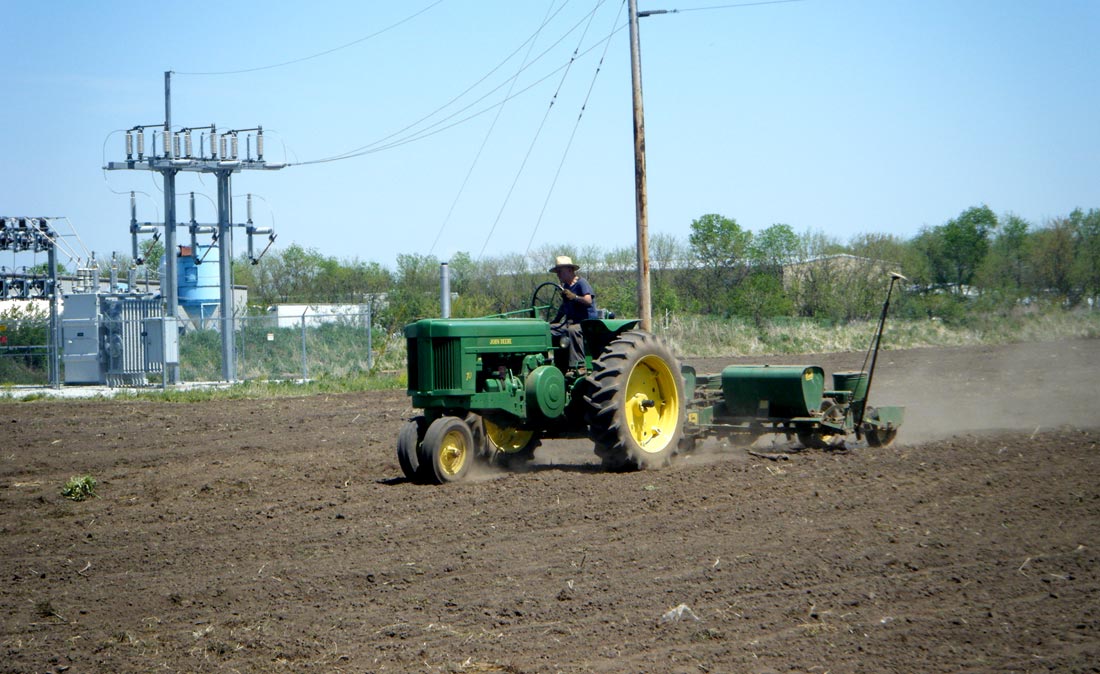 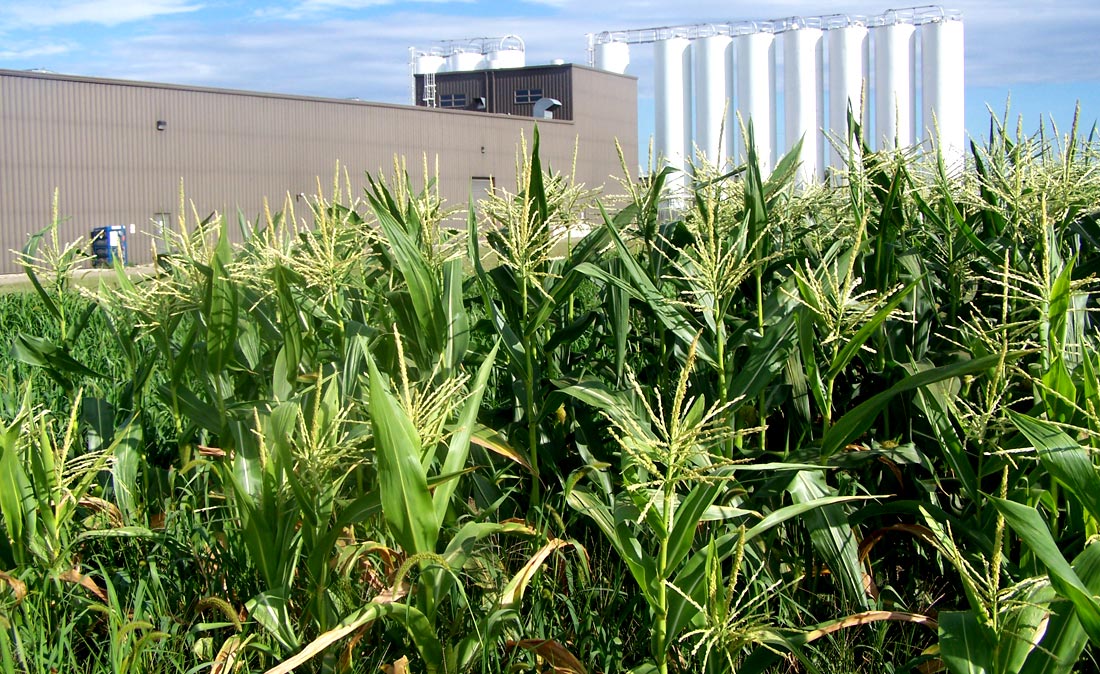 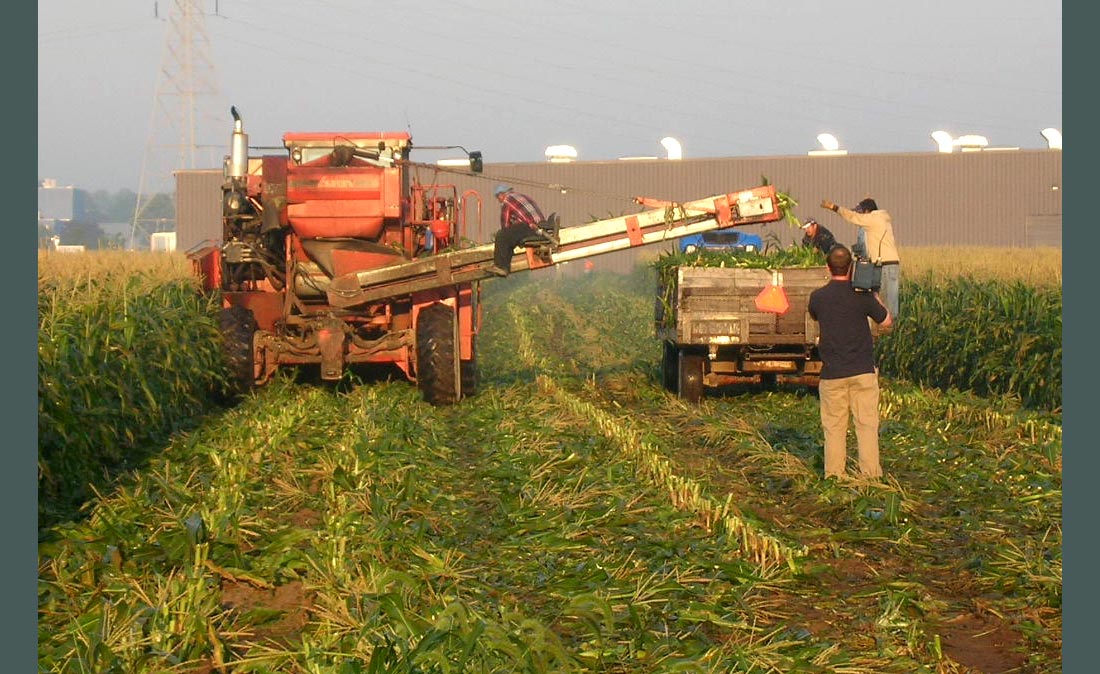 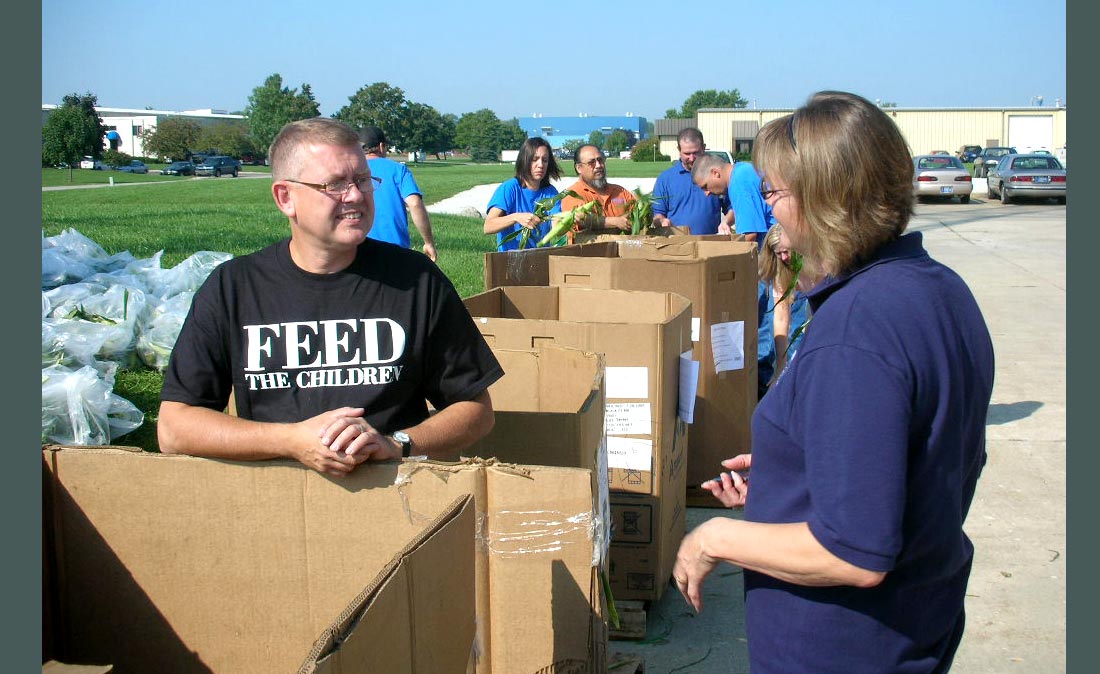 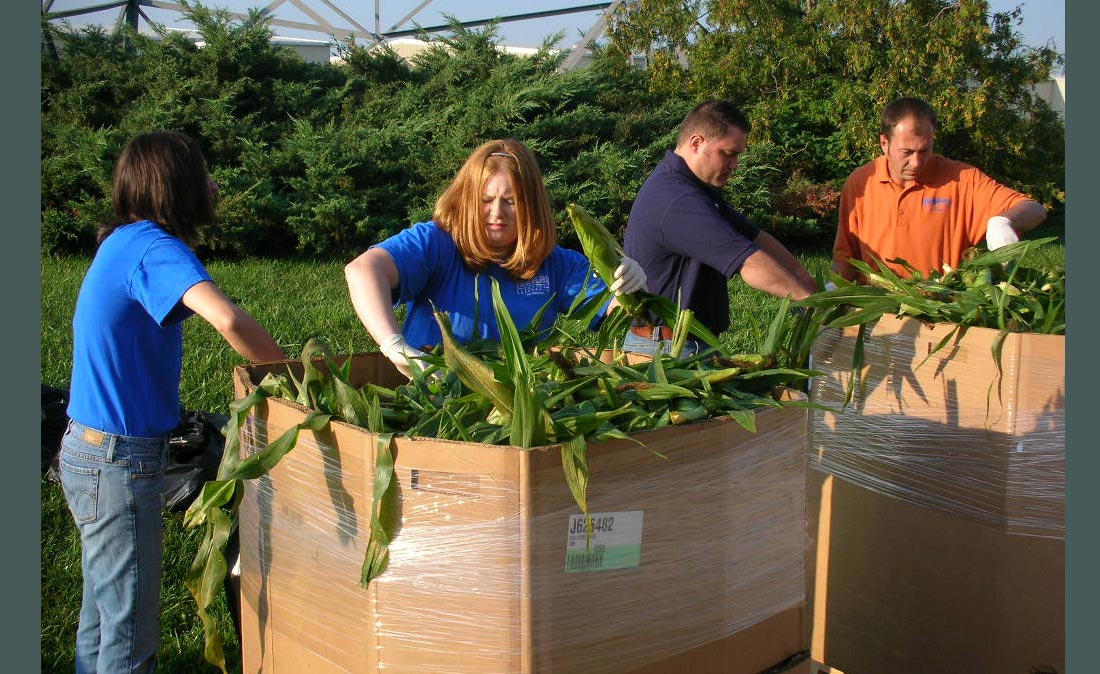 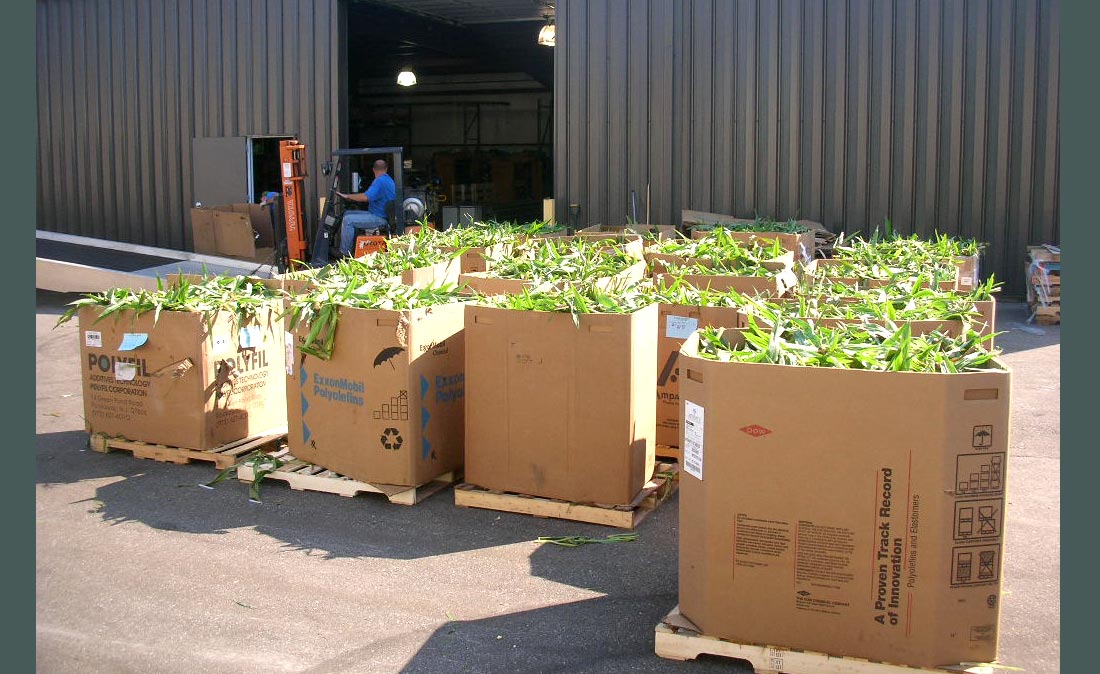 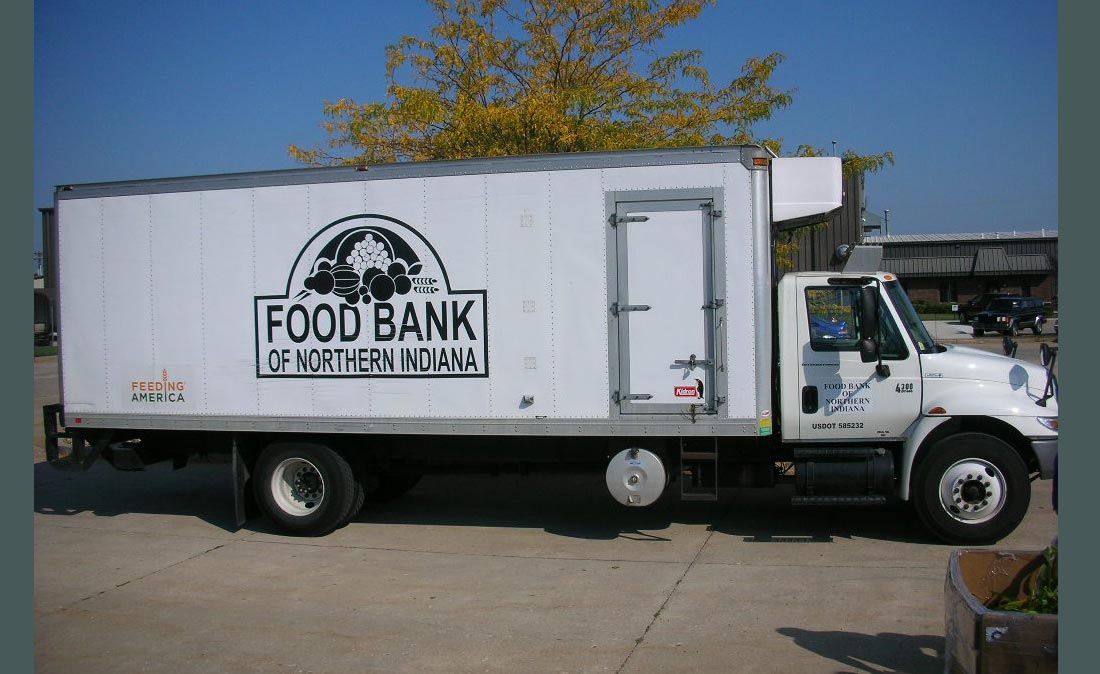 The Goshen Berry Plastics’ sense of giving back is part of a larger corporate philosophy. Each Berry Plastics facility has what is called a “Gung-Ho Team” of employees, and part of what each team does is brainstorm ways to help the local community.

“Berry Plastics is 100 percent — every plant, wherever they’re located — about giving back to their communities,” Carol said.

In addition to the annual field crop venture, the Goshen Berry Plastics has conducted food drives and coat drives. Other examples of Berry Plastics’ generosity include a Port-A-Pit chicken fundraiser for earthquake relief in Haiti, and providing a pallet of bags to a hurricane relief effort.

“We do a lot of donations, too,” Cory says. “We donate to churches and we donate to schools. Sometimes cash, sometimes trash bags.”

Berry Plastics is a company that has worked to meet the needs of the Goshen area, and beyond. The company has also enjoyed the support of the local business community.

“For this business, we are very fortunate to have customers in this area,” Cory says. “Berry Plastics bought something that was already planted here (the Goshen facility was formerly Rollpak Corp.), and those customers, they’re not going anywhere else. They can — you can get these bags at several of our other facilities around the world. There are many customers who pick this place specifically. A lot of it, they say, is the quality of our product. And they don’t want to change. It may just be a can liner, but they’re using hundreds of thousands of them and they want them all to work. It’s done us well, being where we’re at.” 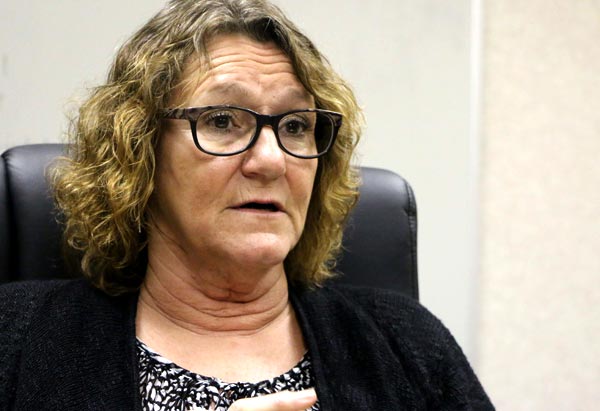 “It was a rough time, and we felt as a company we could do something to help out.” 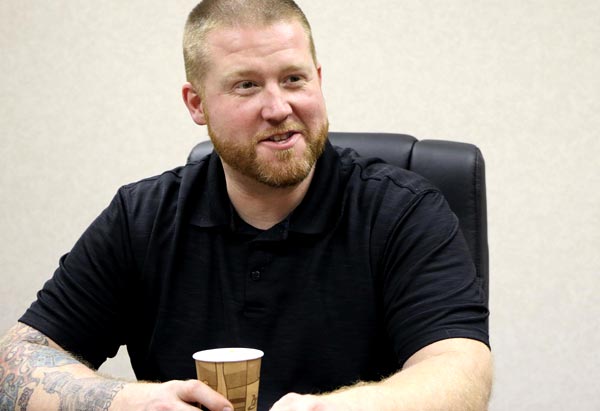 “We do a lot of donations, too. We donate to churches and we donate to schools.”