How a Texas Family Relocated to Goshen

Brad and Valerie Collins – The Good of Goshen 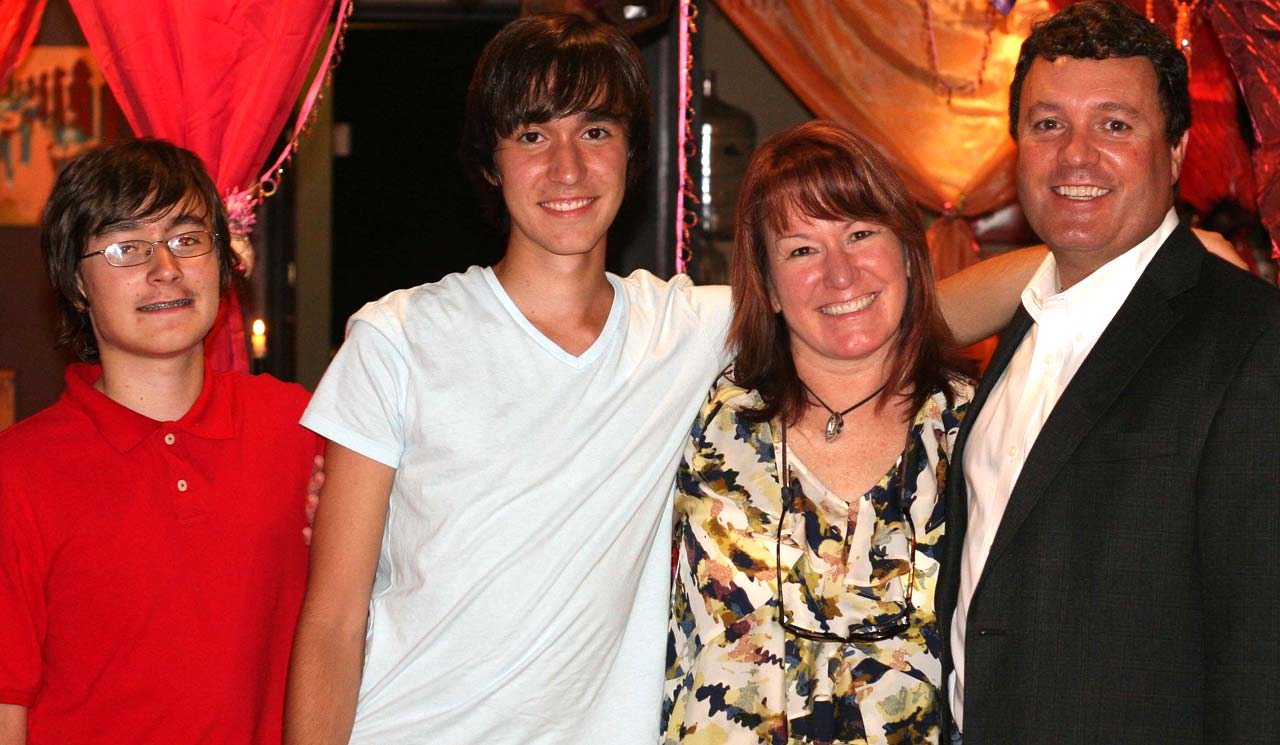 Brad and Valerie Collins stumbled upon Goshen through a Google search and a fortuitous drive through northern Indiana.

In October 2000, Brad had a job interview in a city near Goshen, so the couple traveled from their home in Texas to the Midwest. Val, thinking of their two young sons, was not impressed with the city and, after Brad’s interview, suggested they go for a drive.

A Google search had led her to information about a new bike path project in the area called the “Pumpkinvine Trail.”

“Let’s go find that,” she told her husband.

Val and Brad never made it to the Pumpkinvine Trail. They got sidetracked driving through an apple orchard in all its autumn beauty — Kercher’s Sunrise Orchard — and happened upon a park — Shanklin Park — next to a winding river — the Goshen Millrace. They saw some beautiful historic homes and a downtown on the verge of a Renaissance.

“This town feels like the leaders really care about it,” Val said about her first observations.

Links from the Story

Brad took that job offer and, just a few months later, the couple moved with their sons, 6- and 4-years-old at the time, to the Maple City, without having ever spoken with current residents, but going with what they experienced on that unplanned drive.

“I wanted to live in a town where my kids would have a community that I felt would be looking out for them,” Val said. “And it turned out to be true. My initial impression was correct!”

Moving from Abilene, Texas, and knowing no one, Val and Brad got to know people by getting involved with Goshen Community Schools, where their sons attended. Val, in particular, volunteered regularly in her sons’ classes at Model Elementary.

Once their sons were older, Val and Brad became routine volunteers in the community, helping with events like First Fridays and organizations like GoShakes. In 2008, Val, like many across the U.S., lost both of her jobs due to the recession. She jumped on board to help a local man, David Shenk, begin “Elkhart County Works Together.” ECWT was a grassroots movement to provide small community jobs for those who were unemployed.

“It was mostly to get people’s heads turned around so they weren’t just sitting at home depressed,” Val explained. “They could be doing something, making a little bit of money and being around people so that there was hope, that’s what it really was about. Getting together helps give you some hope.” 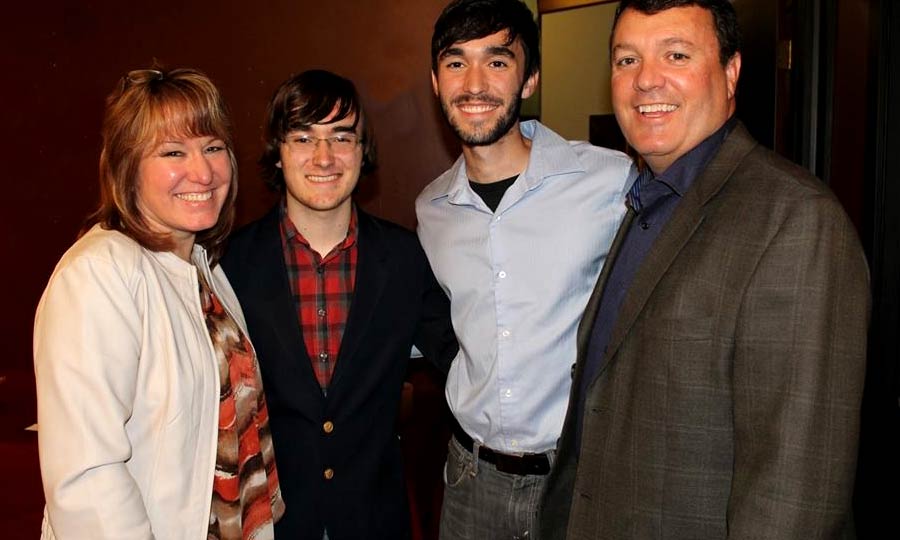 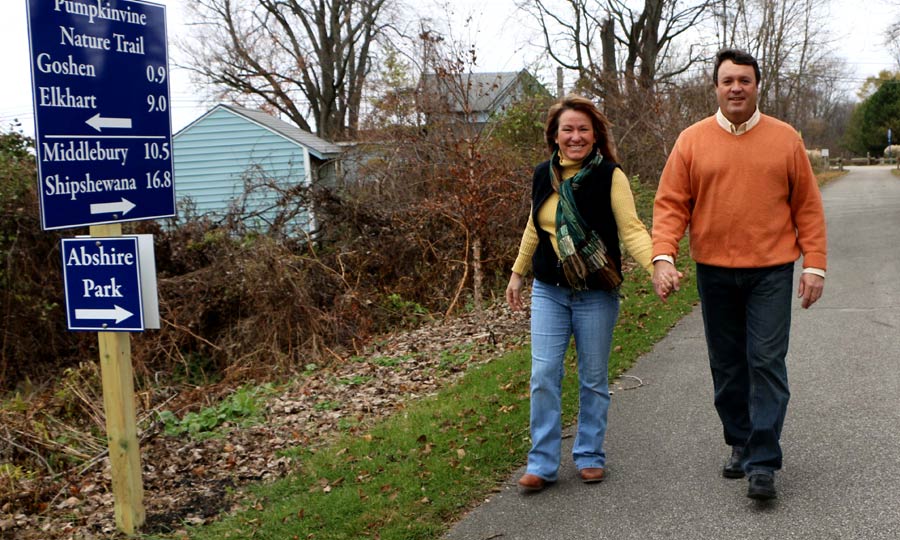 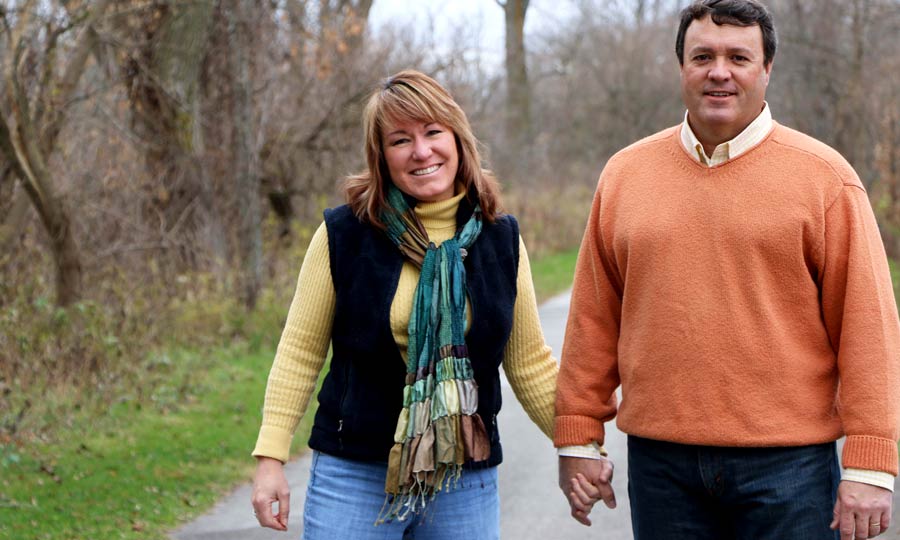 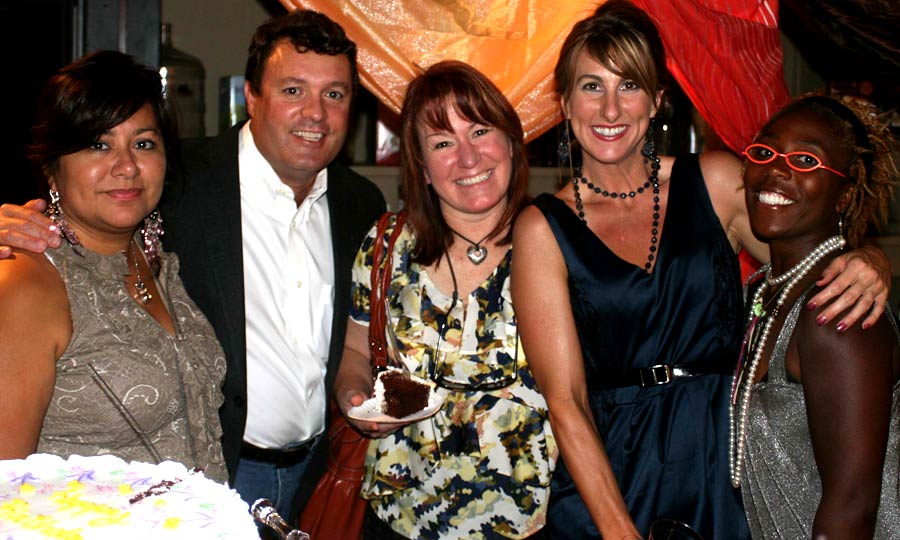 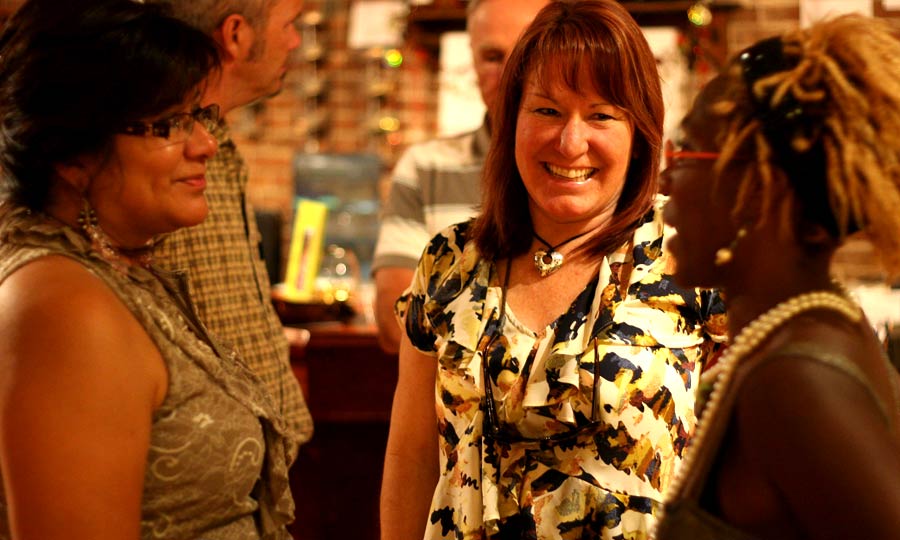 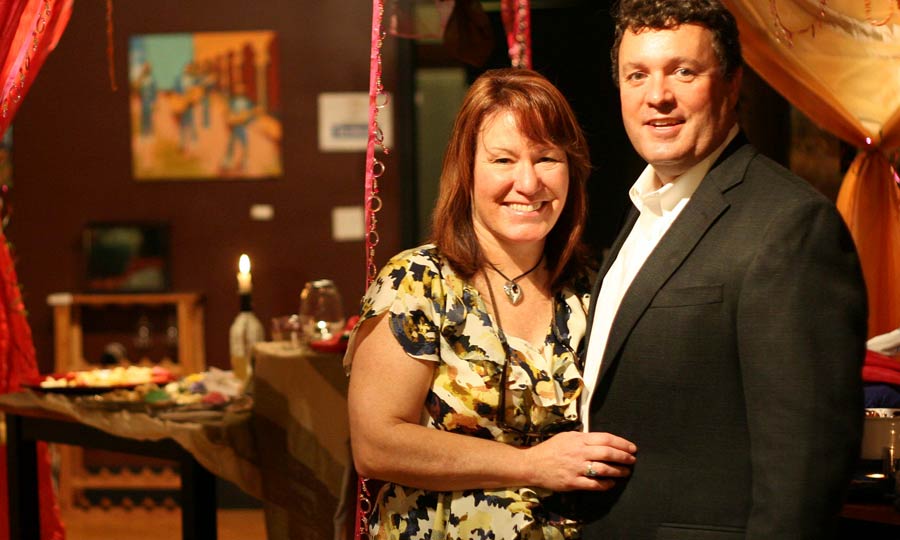 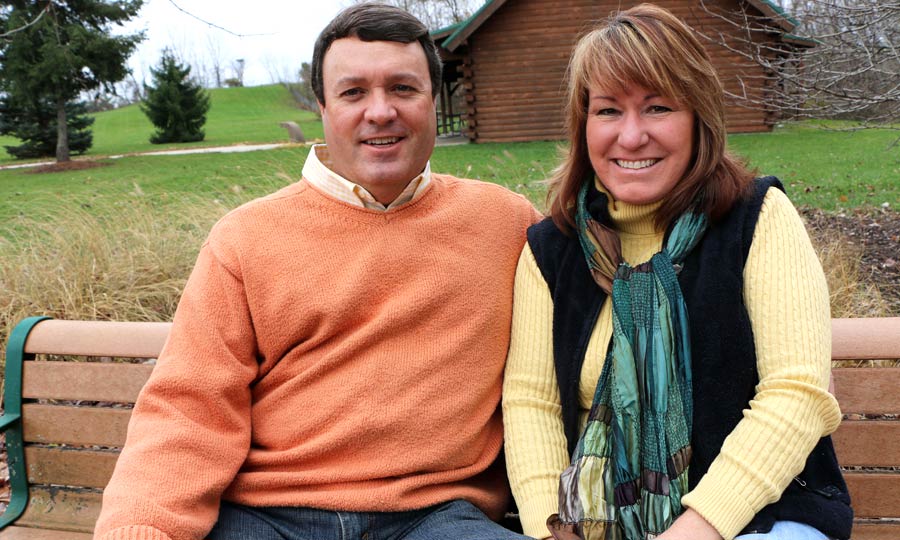 Both Brad and Val have lived in multiple states across the country, but don’t think any of those other places would have prepared their boys for life like Goshen has done.

Goshen Community Schools offers many opportunities beyond just classroom learning, they said. Those include a canoe trip through the Boundary Waters in Minnesota, robotics club, trips to Colorado, and the Super Mileage club, where Brad has volunteered for several years.

“I’m realizing now that these were teachers who went above and beyond,” Val said. “It’s that spirit of giving, that’s what Goshen is about. It’s like a vision where they can see that if they give back as much as they do, it makes this community a better place for everyone.” 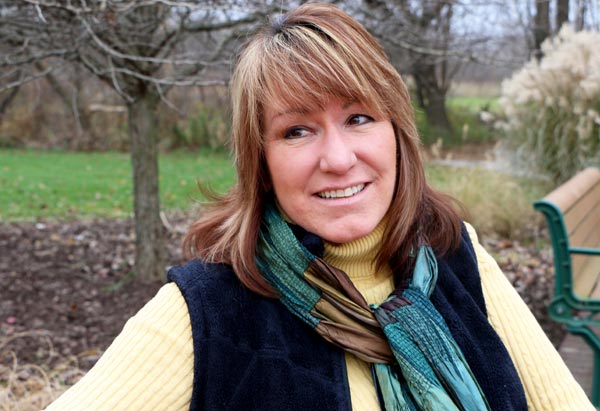 “I wanted to live in a town where my kids would have a community that I felt would be looking out for them,” Val said. “And it turned out to be true. My initial impression was correct!” 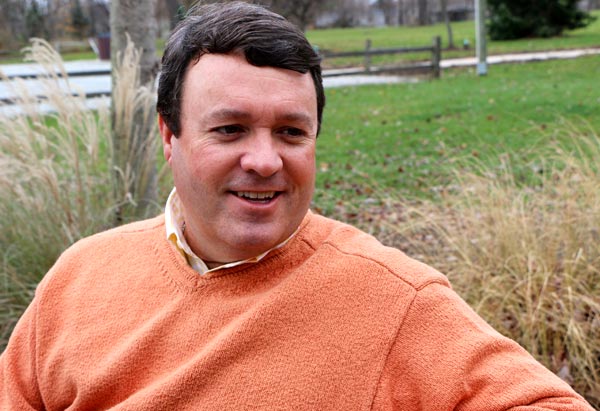 A Google search had led her to information about a new bike path project in the area called the “Pumpkinvine Trail.” “Let’s go find that,” she told her husband. 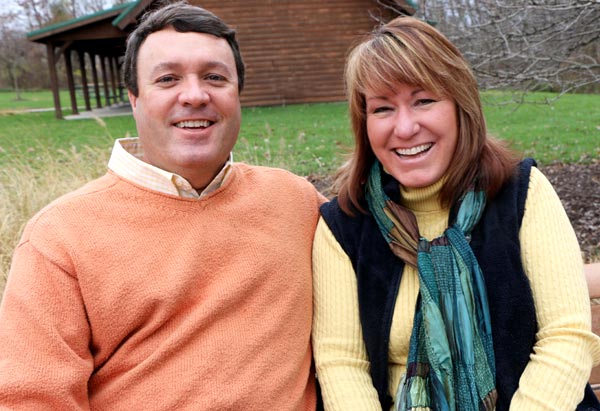 “I’m realizing now that these were teachers who went above and beyond.”

At Goshen High School, Austin played bass in the orchestra, ran cross country, and mapped the routes for school trips to the Boundary Waters in Minnesota.

Parker Collins is currently a senior at Goshen High School, where he is captain of the Super Mileage Team, which works to create the most fuel-efficient vehicle they can. The team will compete in Detroit in April against colleges and high schools from across the Americas. He previously played bass in the orchestra and was also a member of the Rocket Club Team in 2012 that qualified for the national competition in Washington D.C., finishing in the top 25 in the nation, out of more than 600 entries.