How T-shirts, a Volkswagen van, and a mint tea blend changed the lives of two graduates 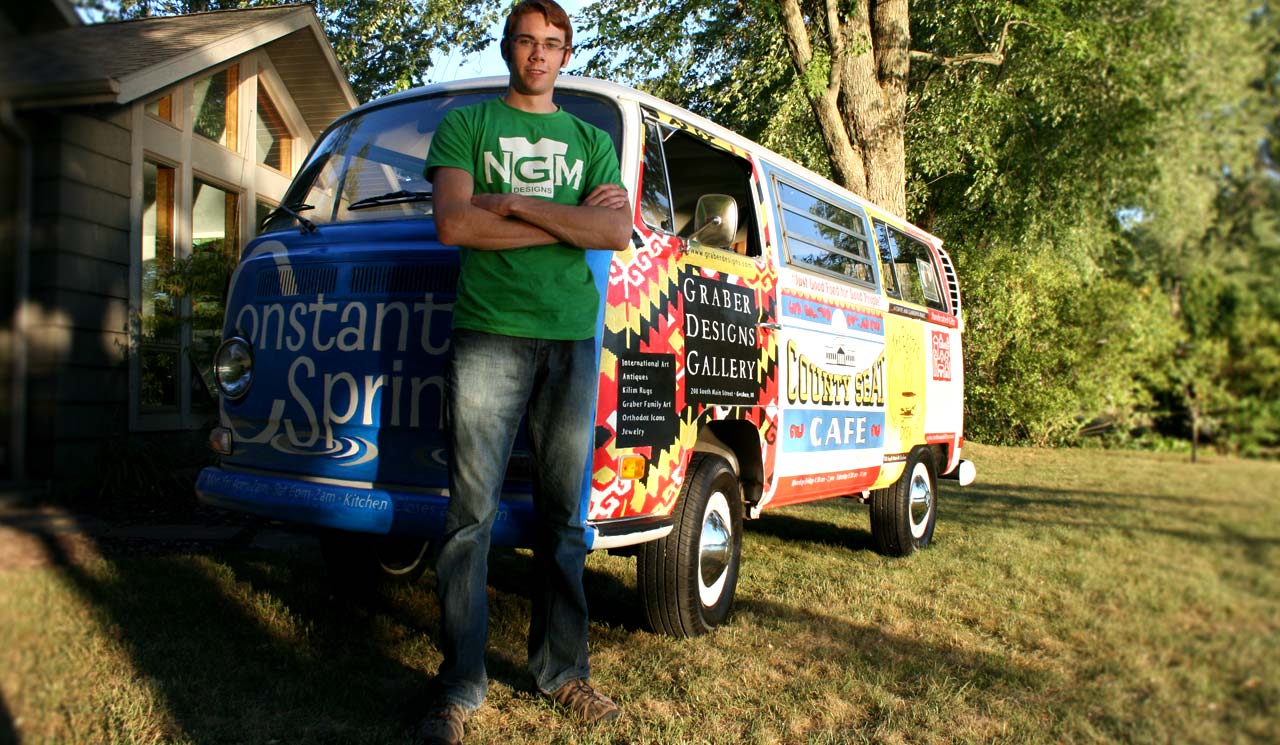 By the time Niles Graber Alvarez graduated from Goshen College (‘14), he had started three businesses.

He started his first business venture as a high schooler when he was in Cambodia with his parents, who were leading a Study Service Term unit there with about 20 Goshen College students. He designed and printed commemorative t-shirts for the group. While in Cambodia, he also started working on his second business, which had more to do with advertising. Niles purchased a 1970 Volkswagen van online, while still in Cambodia. Once back home in Goshen, he restored the van and began selling space on the outside of the van to local businesses, creating an eye-catching moving billboard for several Goshen companies. He even converted the van to electric, with no prior experience, just following online instructions.

About a year later, as a freshman at Goshen College, Niles earned a business department entrepreneurial grant to purchase a Volkswagen Beetle to add to his advertising fleet. At the same time, he and friend Hans Weaver earned a grant to launch a business they had proposed together called Menno Tea.

The two business majors started brewing and bottling their tea in Java Junction, Goshen College’s student-run coffeehouse. The young men used Hans’ family’s recipe for meadow tea and made about 100 bottles a month.

In the summer of 2011, Goshen College’s admissions department ordered 1,200 bottles of the tea for the Mennonite Convention in Pittsburgh, Penn. Niles and Hans had to find a bottler to handle the quantity. From that point, Menno Tea “snowballed here locally,” Niles explained. One downtown Goshen business after another began carrying and selling the tea. They added more flavors and now carry dried tea leaves to brew your own at home. Menno Tea has bottles on more than 200 stores in the U.S.

“College is the perfect time to try to start a business because you’re in kind of an incubator-like setting,” he explained. “There’s expertise that’s balanced with a vested interest, especially at Goshen because of the professor to student ratio. It’s like having a board from day one. We got a lot of good input and feedback from a very early stage. It also worked very well because things we were learning in class applied directly to the business.” 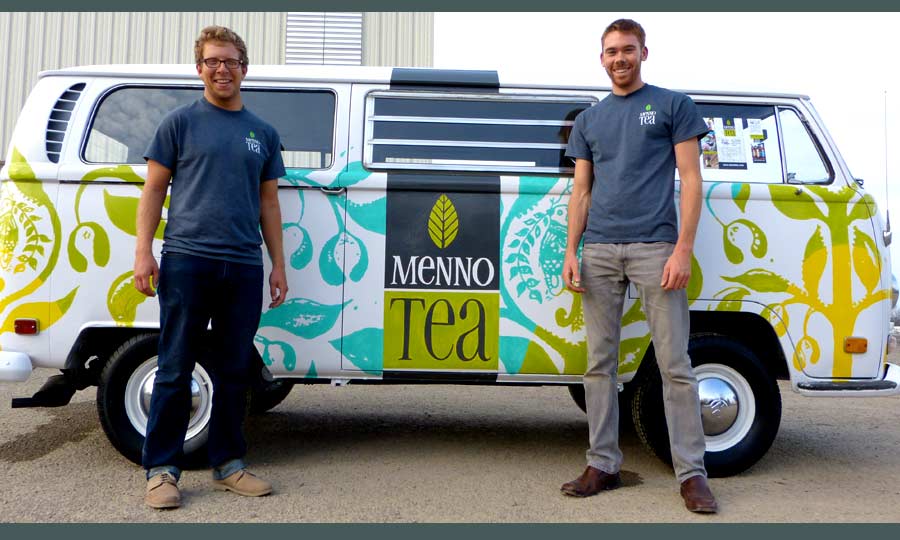 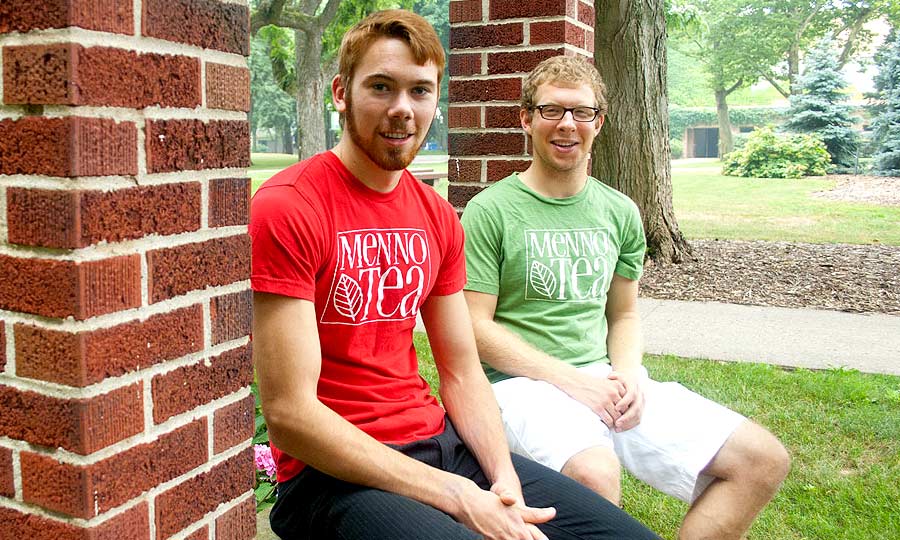 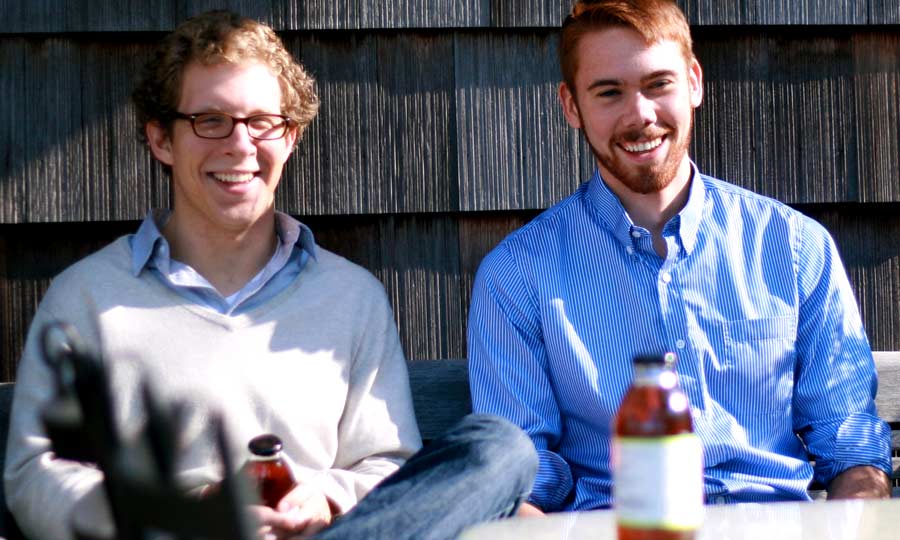 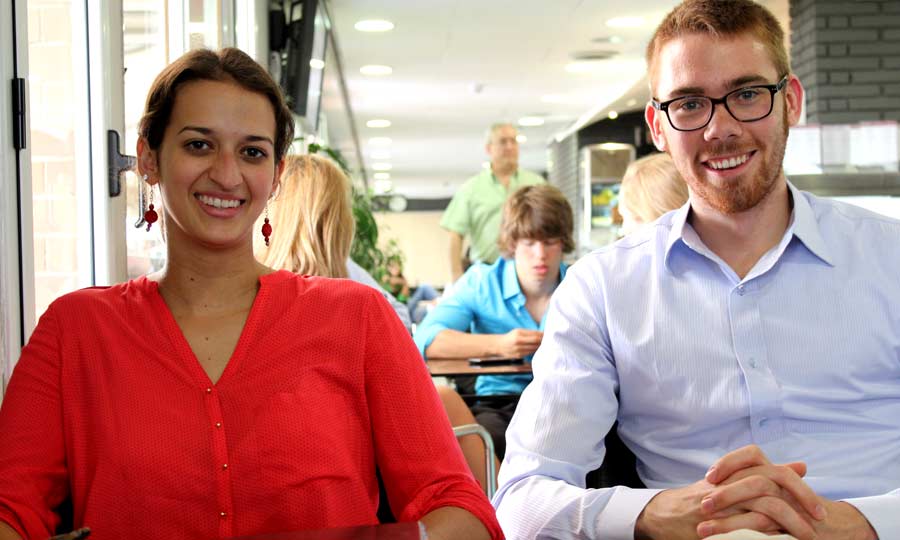 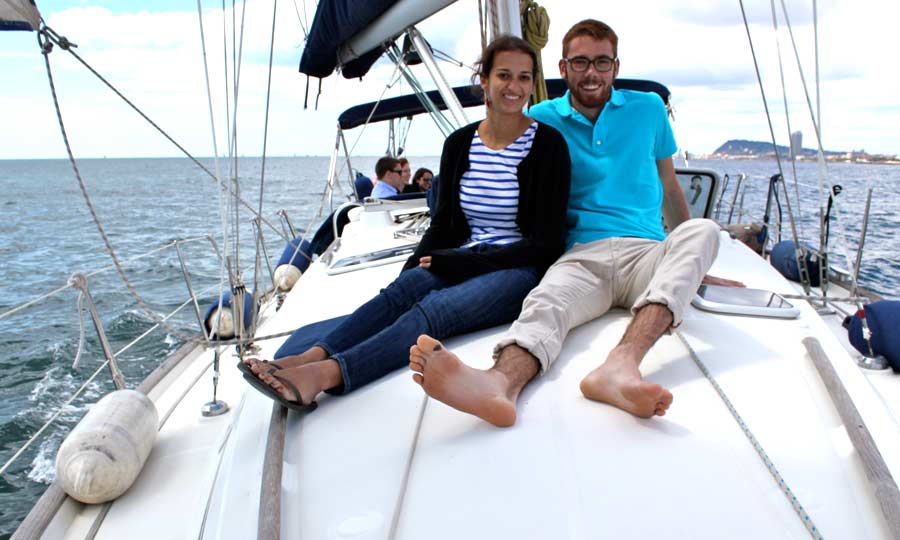 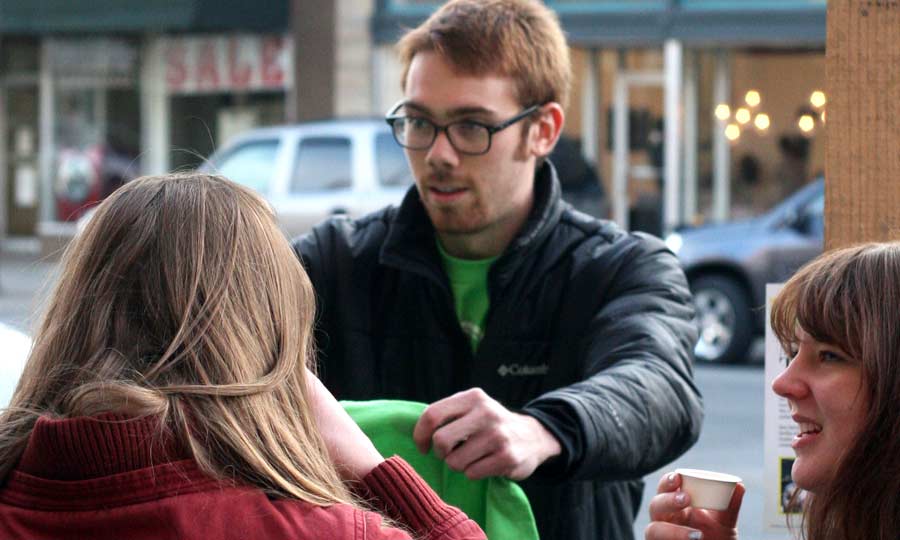 Now, both Goshen College graduates, the two young men are working full time with Menno Tea. Hans focuses on sales and marketing and Niles takes on the financial end.

Niles is working from Chicago, where he and his wife, Corine (GC ‘13), now reside. They both credit Goshen College for a number of other opportunities, including taking multiple courses overseas.

“You come to this small, little college,” Corine said, “but you get to see the world.” 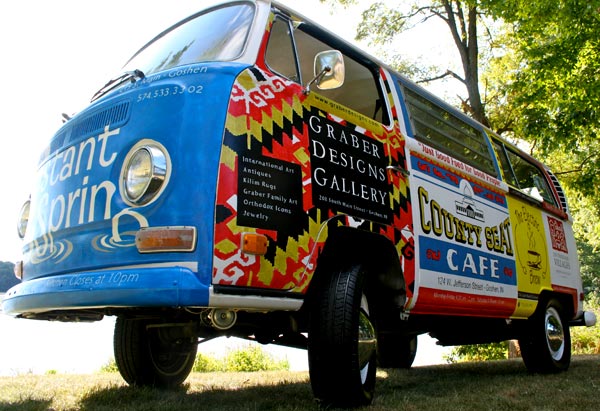 “College is the perfect time to try to start a business because you’re in kind of an incubator-like setting.” 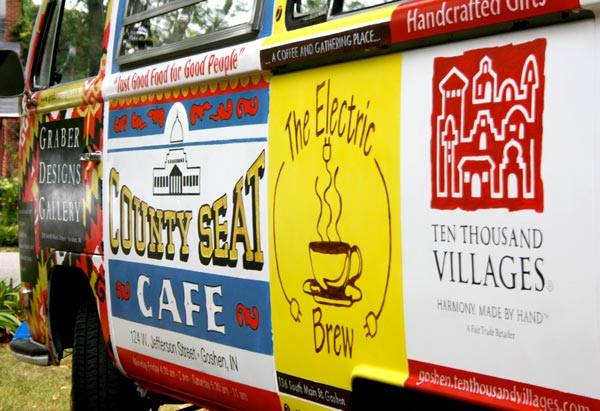 “It worked very well because things we were learning in class applied directly to the business.” 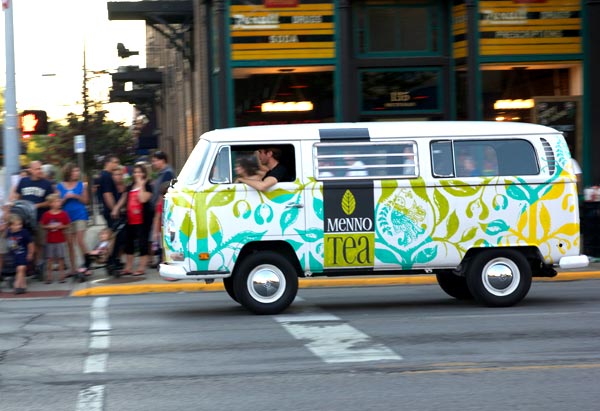 “You come to this small, little college, but you get to see the world.”

NILES GRABER ALVAREZ
Raised in Goshen, Niles graduated from Goshen College with his business degree in 2014 and is now continuing to work full time on Menno Tea from his home in Chicago. (Fun Fact: Niles earned his pilot’s license before he was 16-year-old.)

CORINE GRABER ALVAREZ
Corine moved from Puerto Rico, the Philippines and Texas as a child before her family settled in Goshen when she was in middle school. She graduated in 2013 from Goshen College with her accounting degree, winning multiple business awards and landing an accounting job in Chicago before even starting her senior year of college. She continues to work in Chicago.

HANS WEAVER
Originally from Lancaster, Pennsylvania, Hans graduated from Goshen College in 2013 with a degree in business and a minor in global economics. Hans continues to work with Menno Tea while also working as an enrollment counselor at Goshen College. 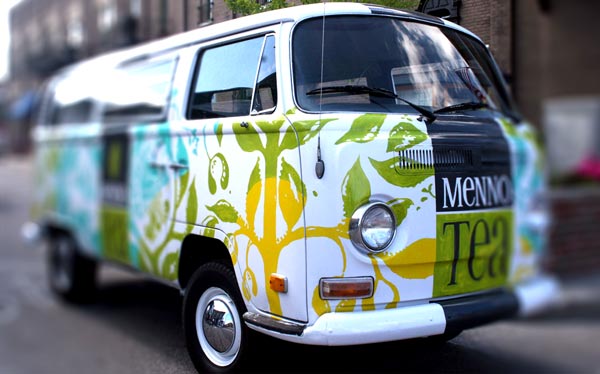