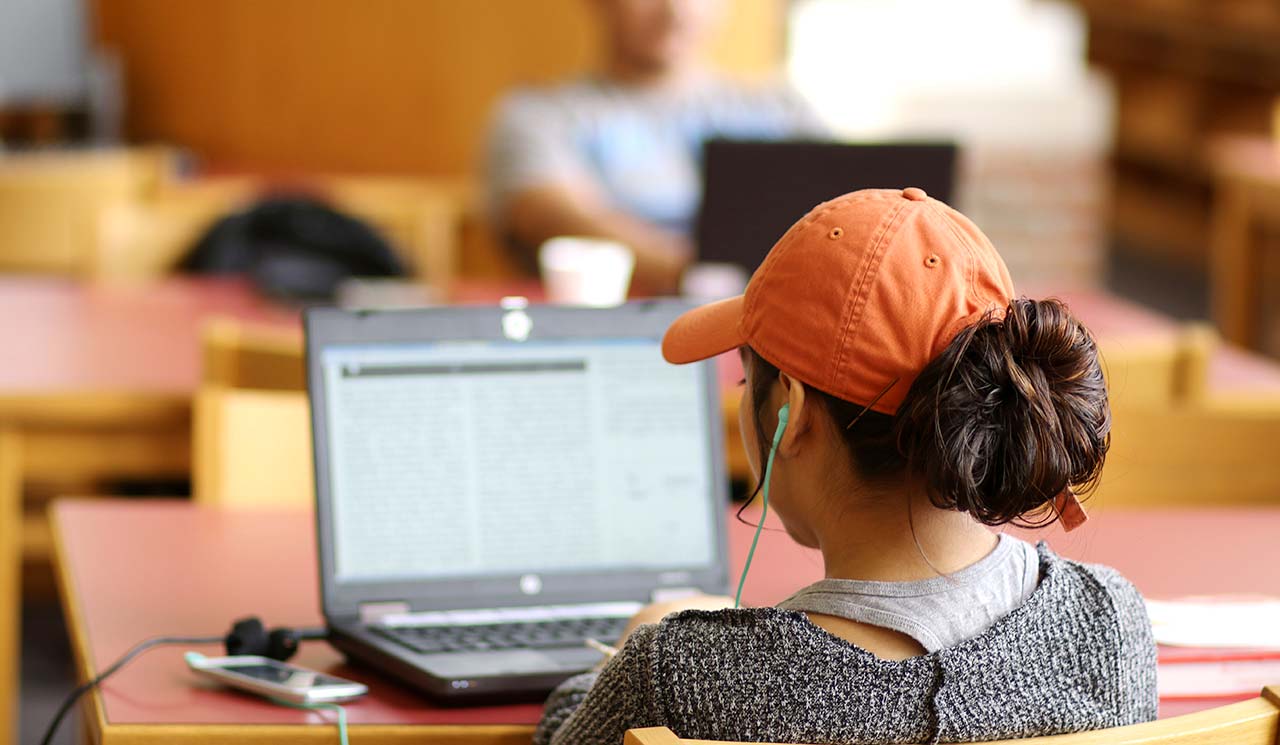 Andrea Cruz had something to prove – so she did.

The Goshen High School junior’s family migrated to the United States from Mexico. Her parents never had the opportunity to go to high school, and Cruz remembers being told as a child that she wouldn’t be successful because she wasn’t from the U.S.

“I took it as a challenge,” Cruz said. “I thought it would be a good idea if I pushed myself.”

Through Goshen High School’s International Baccalaureate program, she has.

International Baccalaureate (IB) is a worldwide program with a goal of developing knowledgeable, inquisitive, and caring young people. For Cruz, IB has been a way to do better in school. At Goshen, the IB program is open to juniors and seniors.

“IB has benefitted me greatly,” she said. “I’ve learned a lot, and I’ve enjoyed being able to learn in different ways.”

The program was implemented in 2008 after school officials hired a consultant to determine what was done well at the high school and what could be improved. They learned that, while they were providing enough extra help for students with lower skill levels, they didn’t have equal services for students with average-to-above-average skills.

A study committee reviewed several different and decided IB was the right fit.

“We felt that IB matched our school’s philosophy,” Collins said.

IB students are graded by Goshen teachers, but there are also external assessments. At the end of the two-year program, final exams (or “papers,” as they’re known in the IB community) are graded by an IB examiner.

“Our scores tend to be good at Goshen High School,” Collins said. “I think that’s a real tribute to the teachers and students here.”

IB courses are academically demanding and the work can be difficult. So why should students want to put themselves through it? Collins offers several reasons.

“Taking IB classes is the best preparation a student could have for college,” she said. “Almost all the IB kids are college-bound. As teachers, we know that when students are done with their IB classes, they are really good thinkers, writers, and speakers. They end up being the whole package.”

An IB diploma is the most prestigious high school diploma there is, Collins said, and it can boost an applicant’s chances of getting into college when competing against other top students. Also, many colleges offer credit for IB courses taken in high school.

“We’ve had many students who have started their first year of college as sophomores, credit-wise,” Collins said.

Students also take a “Theory of Knowledge” course, taught by Collins and science teacher Carl Weaver. Students also participate in a Creativity, Action, and Service (CAS) program, in which they share their energy and talents with others. Examples of CAS include community service or involvement in sports, music, or theater.

Students can also opt for a smaller commitment than a full IB diploma (to “treat IB like a buffet,” said Collins) by choosing which classes they want to take. 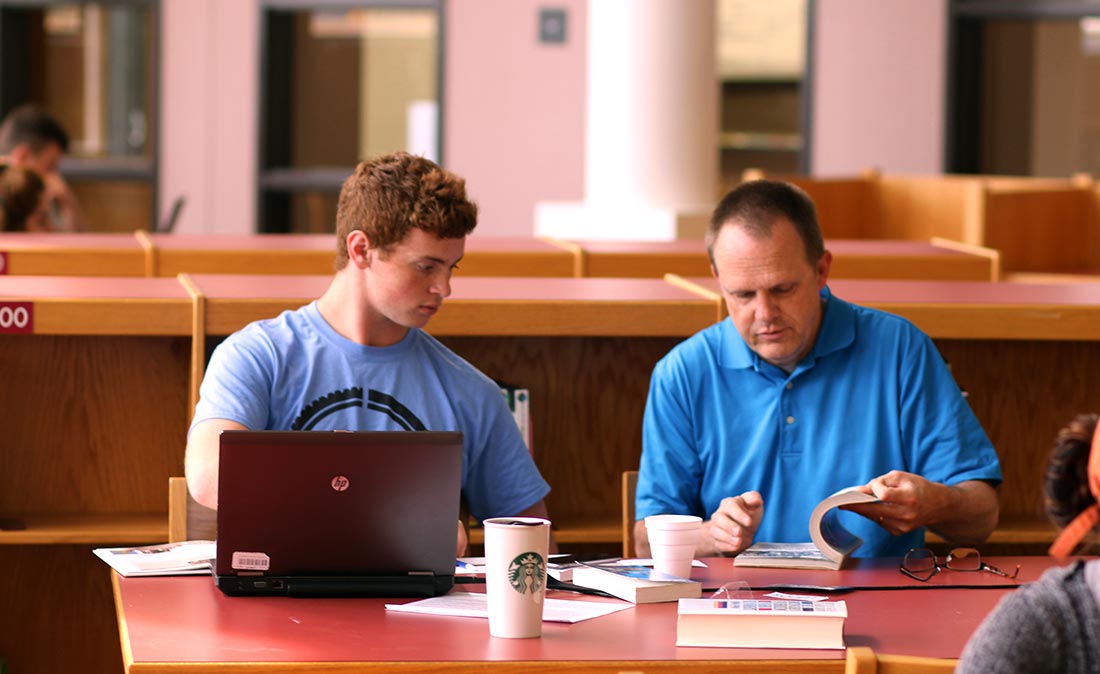 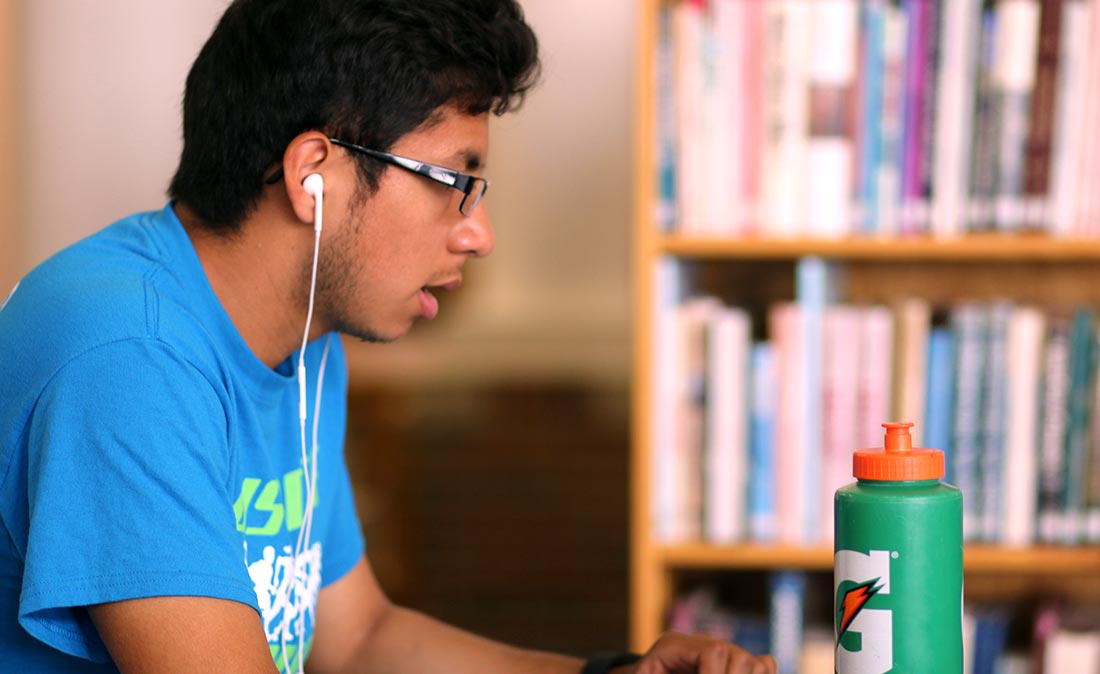 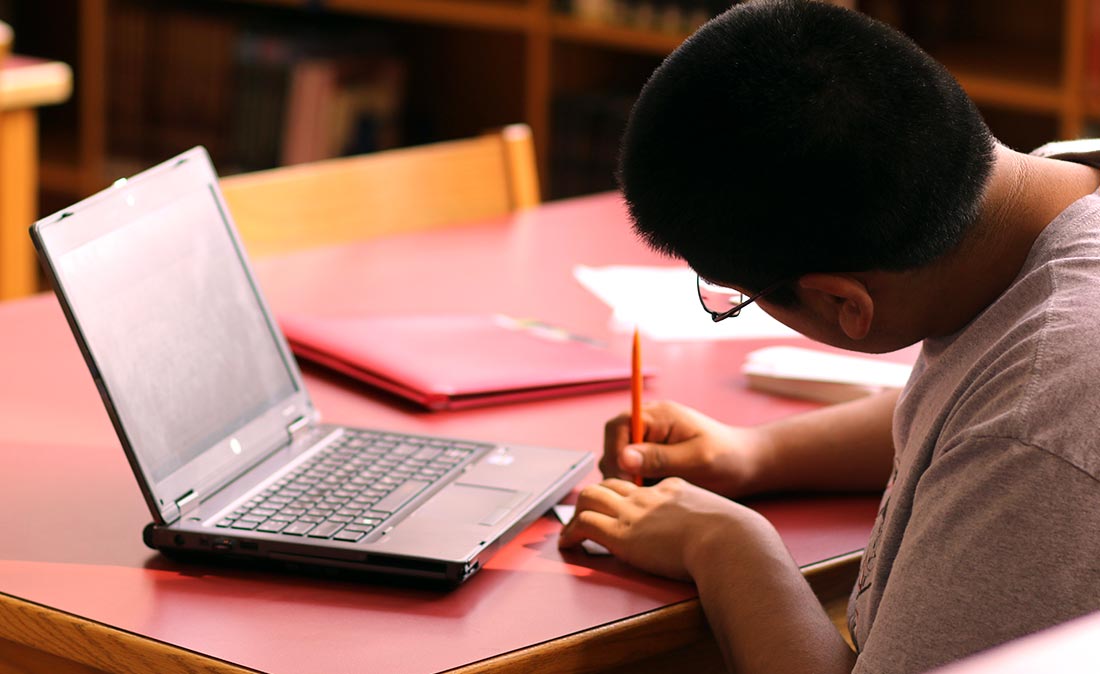 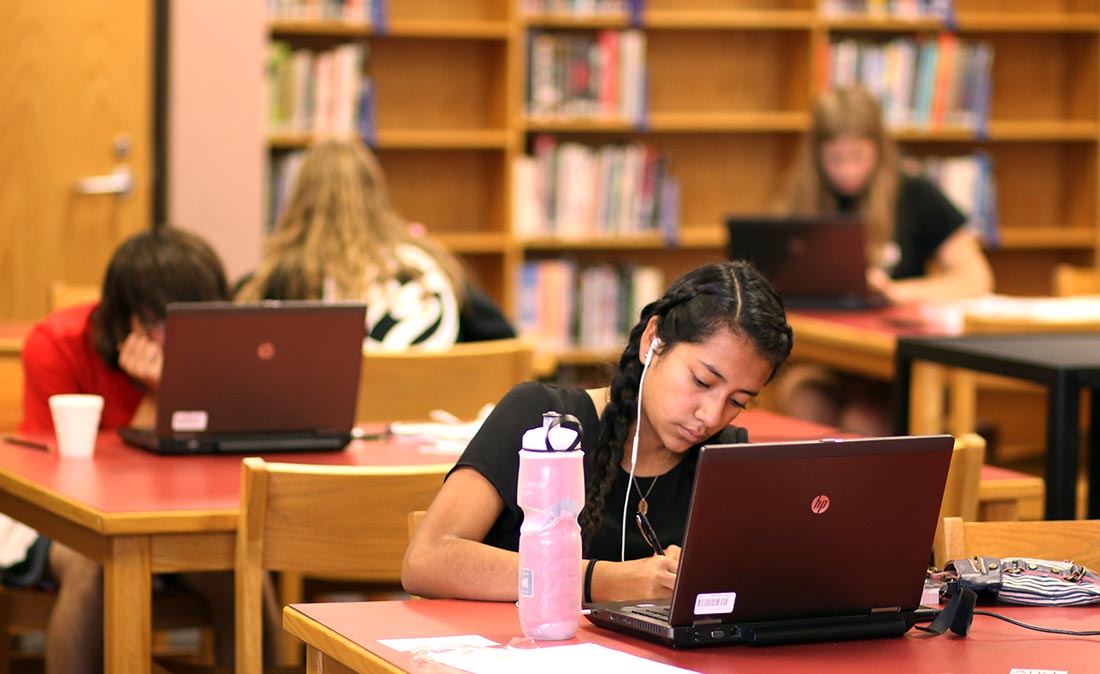 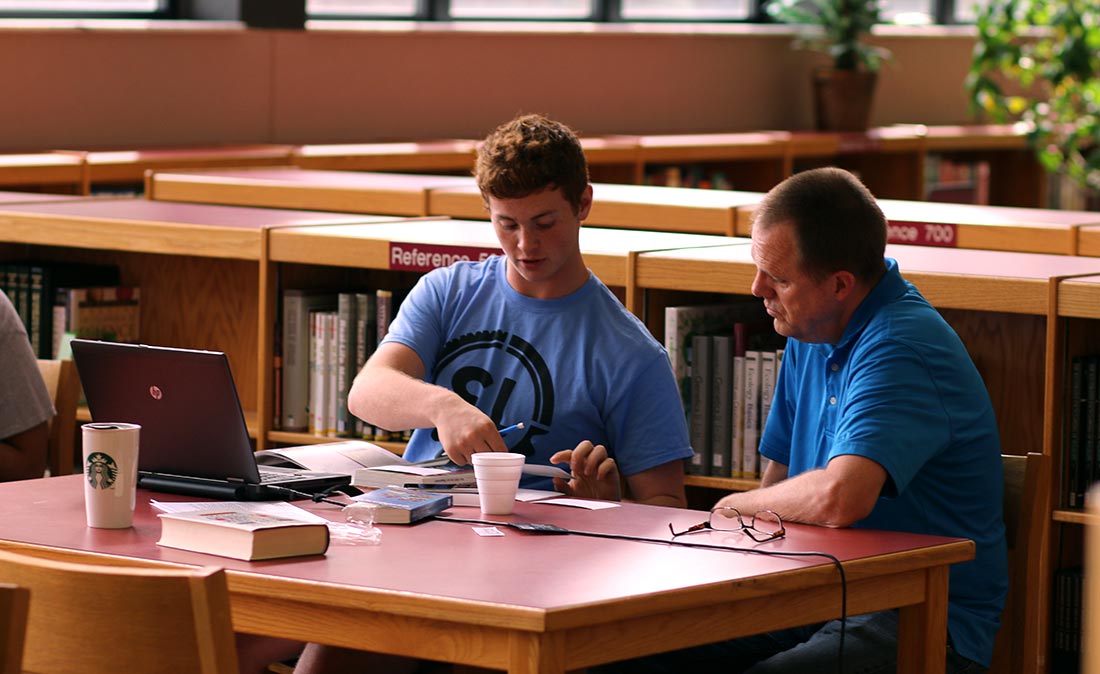 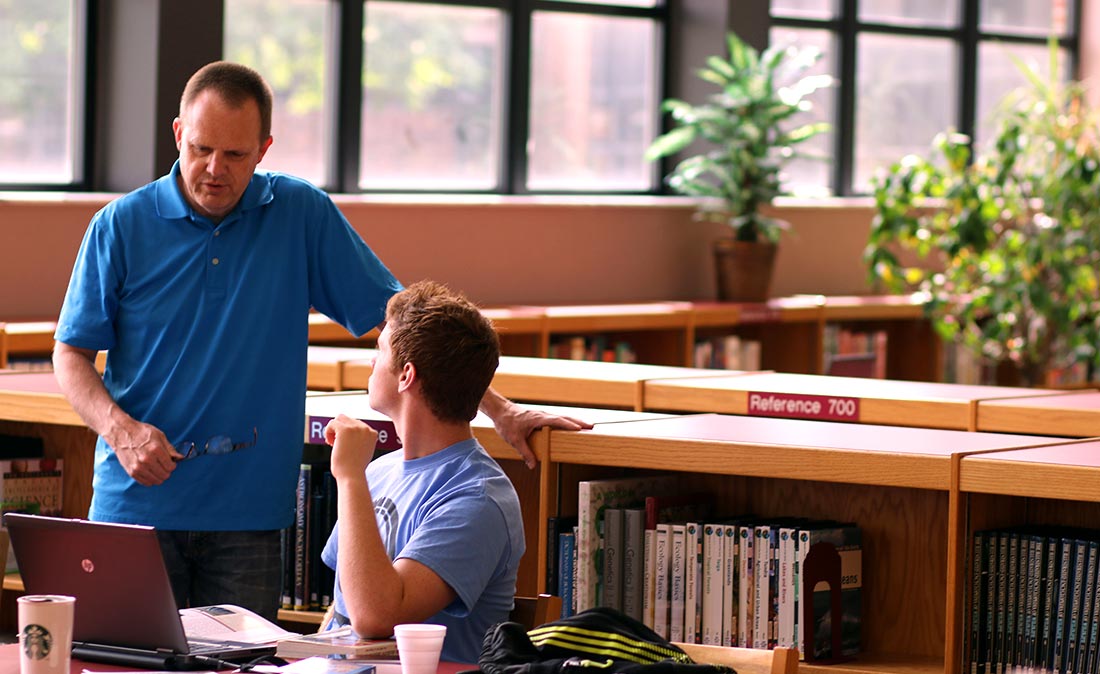 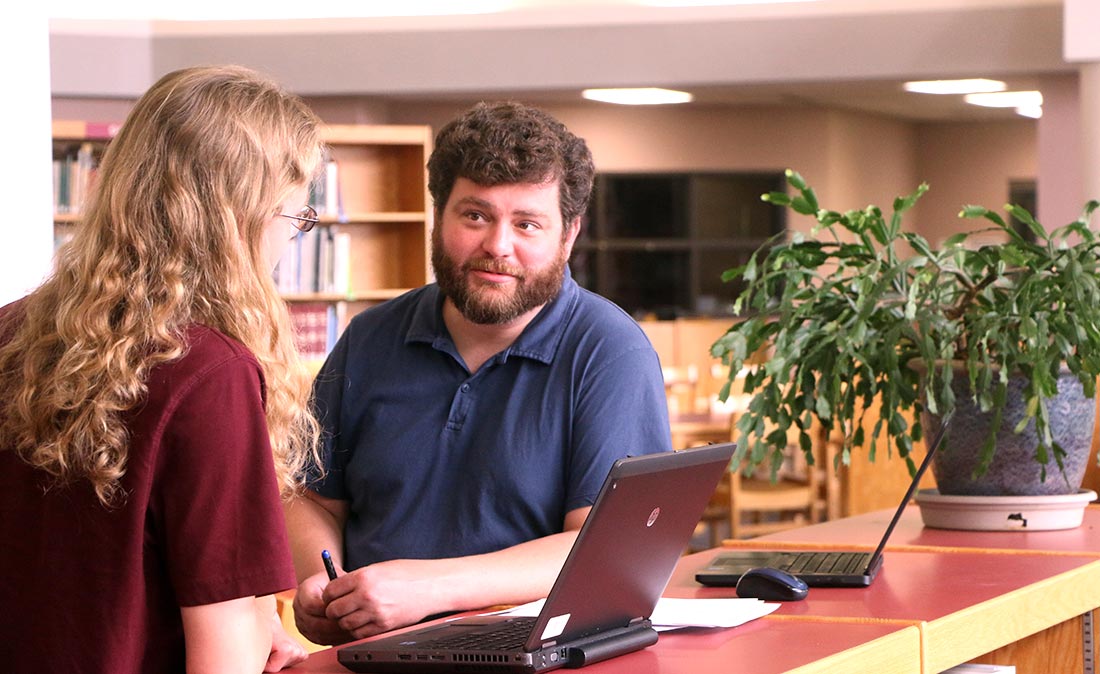 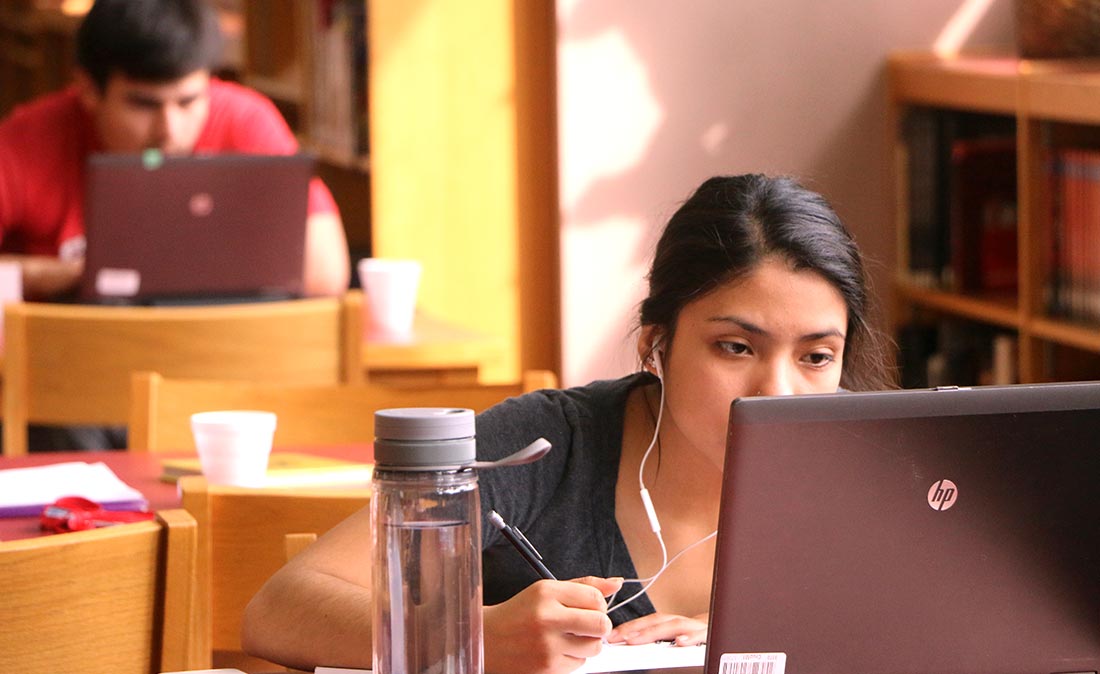 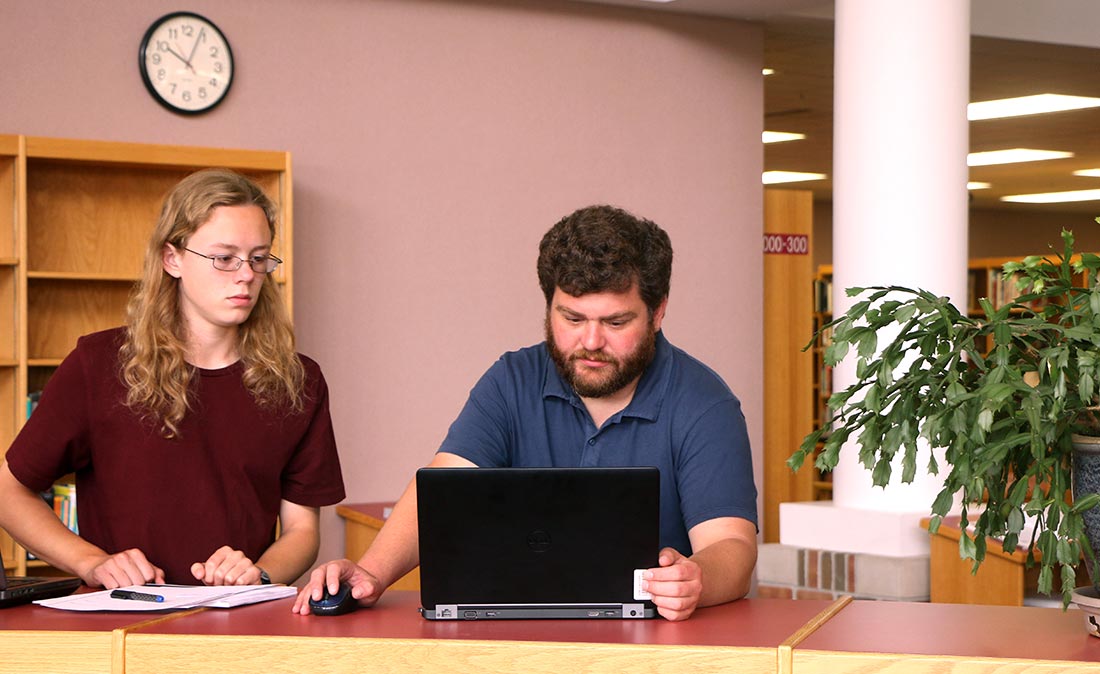 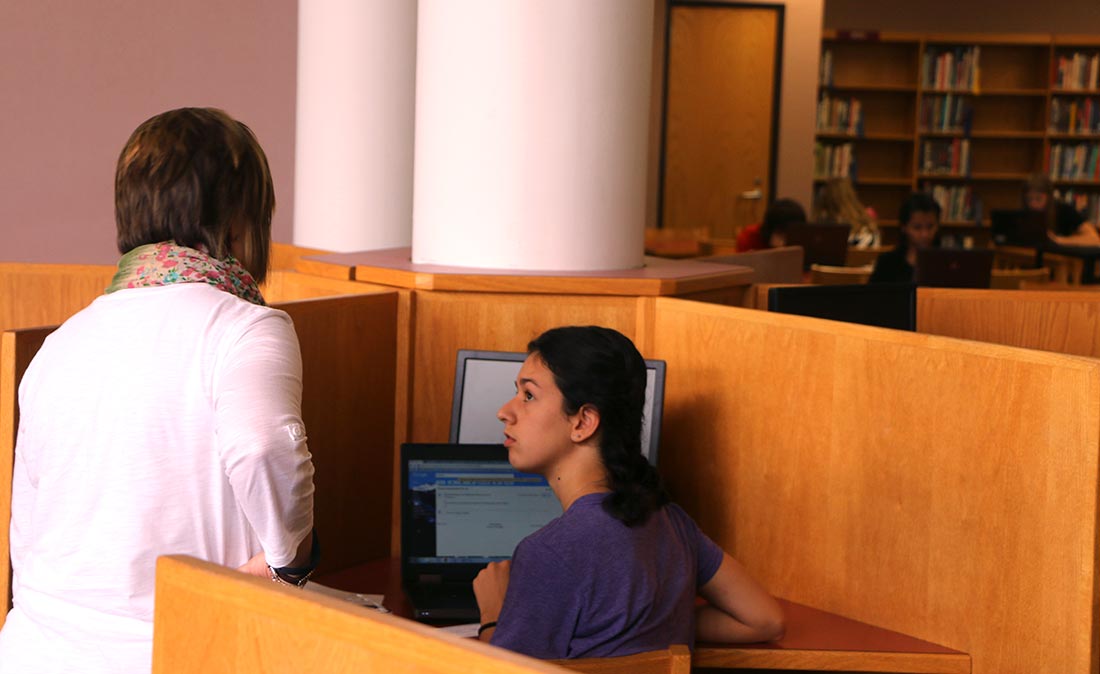 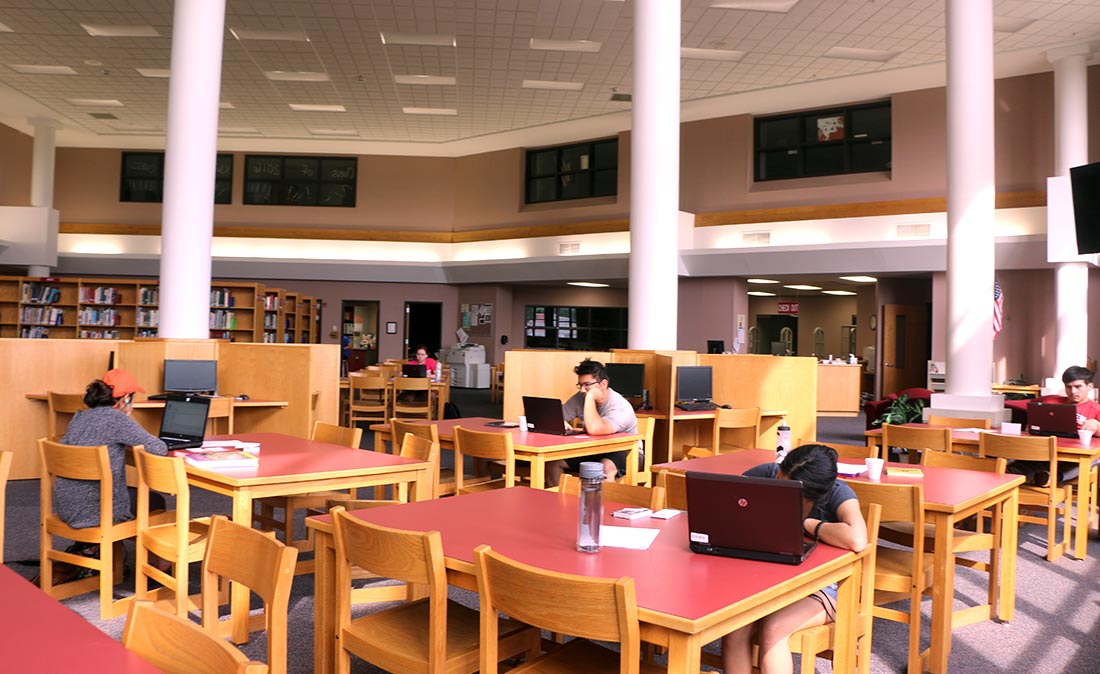 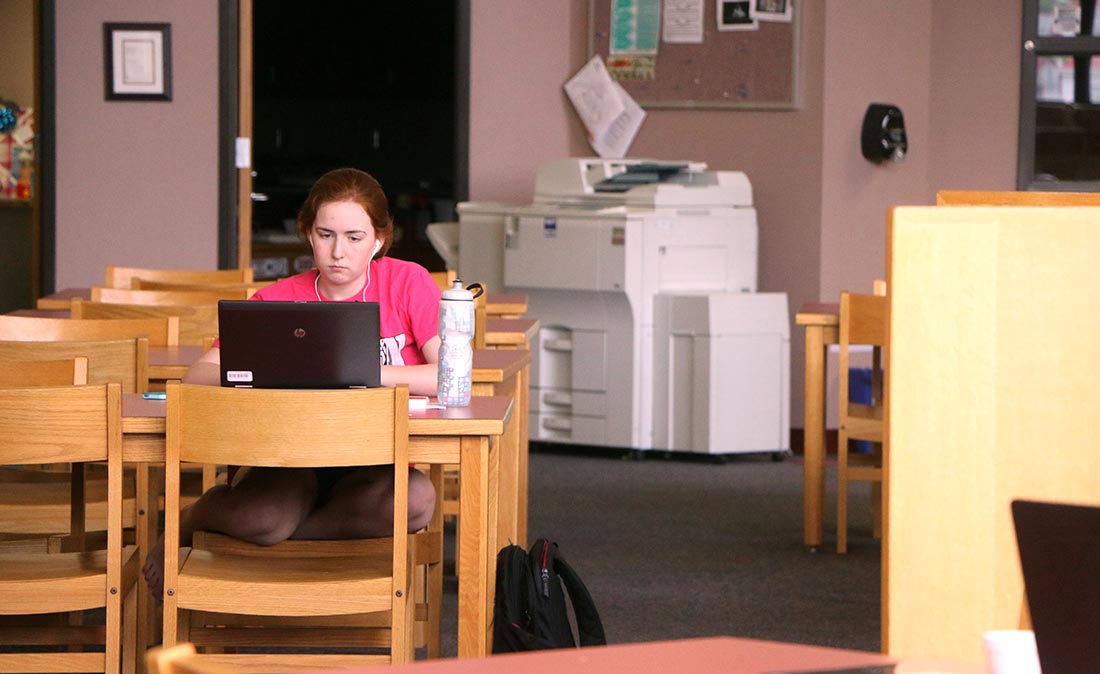 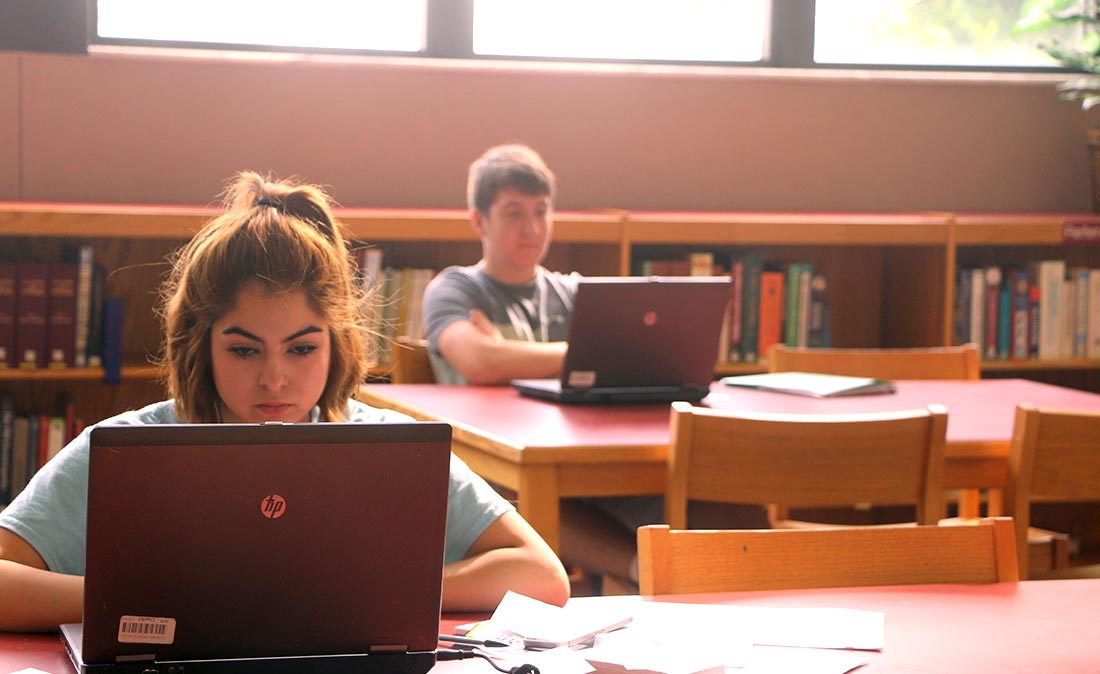 Students at some IB high schools must go through an application process before they are accepted into the program. Goshen High School, however, has an open-door policy.

“Our prerequisite is a willingness to challenge yourself,” said Matthew Nichols, IB coordinator and history teacher. “In fact, we actively go out and try to bring students into the program who otherwise might not have said, ‘I should do this.’”

“IB is not just for the top-tier of kids, academically,” Collins said. “Really, what’s most important in IB is work ethic. If they’d like to raise the bar for themselves, they will absolutely end up in a better spot after taking that class.”

Nichols said he was in his 300- and 400-level courses in college before he engaged in the nuanced conversations that IB students at Goshen High School take part in every day.

“IB sort of embraces the ‘gray’ that is real life, not black or white,” he said. “What caused World War I, for example? Well, that depends on your background and where you come from. It’s about your perspective and what you bring to it.”

Collins said Goshen’s IB students are better prepared for college than she was, and she was a good student.

“They are much more able articulate an opinion than I was,” she said.

While the IB coursework at Goshen High School is demanding, teachers are always on hand to help.

“If a student comes in and they can’t figure out how to structure an essay, they have someone who is willing to assist them,” Nichols said. “I think IB is viewed as a process here. Getting the student to grow is ultimately what we’re after.”

Evan Krabill is one of the students in Goshen’s IB program. He learned about IB early in sixth grade, and thought it was an interesting opportunity to further his education. When he got to high school, Krabill configured his schedule so he could take as many IB classes as possible.

“From last year to this year, being in full IB, there’s been an increased workload,” said Krabill. “I’ve needed to increase my ability to manage my time and budget what I need to be doing. I know that the responsibility we’re given in the IB program will better prepare me for college.” 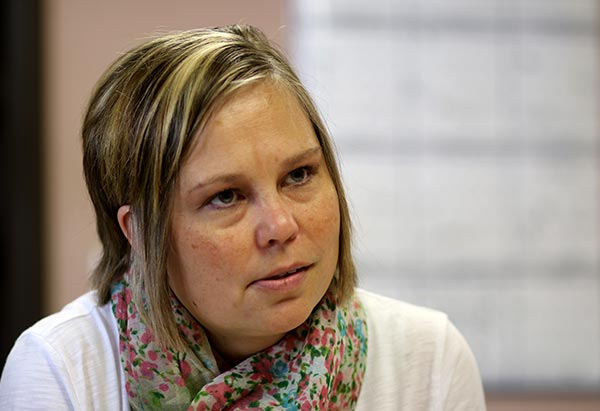 “Our scores tend to be good at Goshen High School. I think that’s a real tribute to the teachers and students here.” 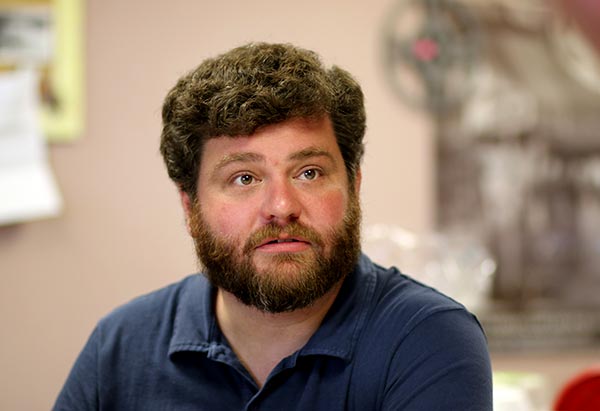 “Our prerequisite is a willingness to challenge yourself.” 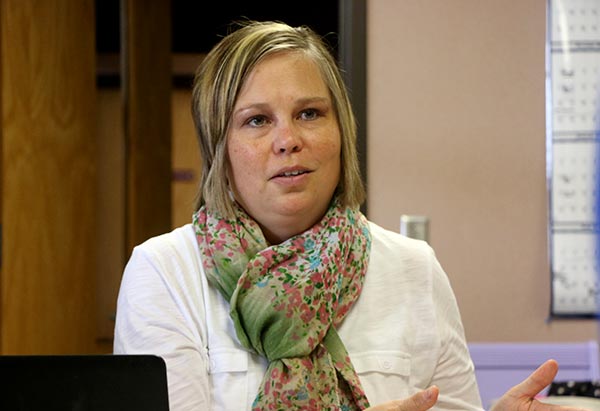 “What’s most important in IB is work ethic. If they’d like to raise the bar for themselves, they will absolutely end up in a better spot after having taken that class.”