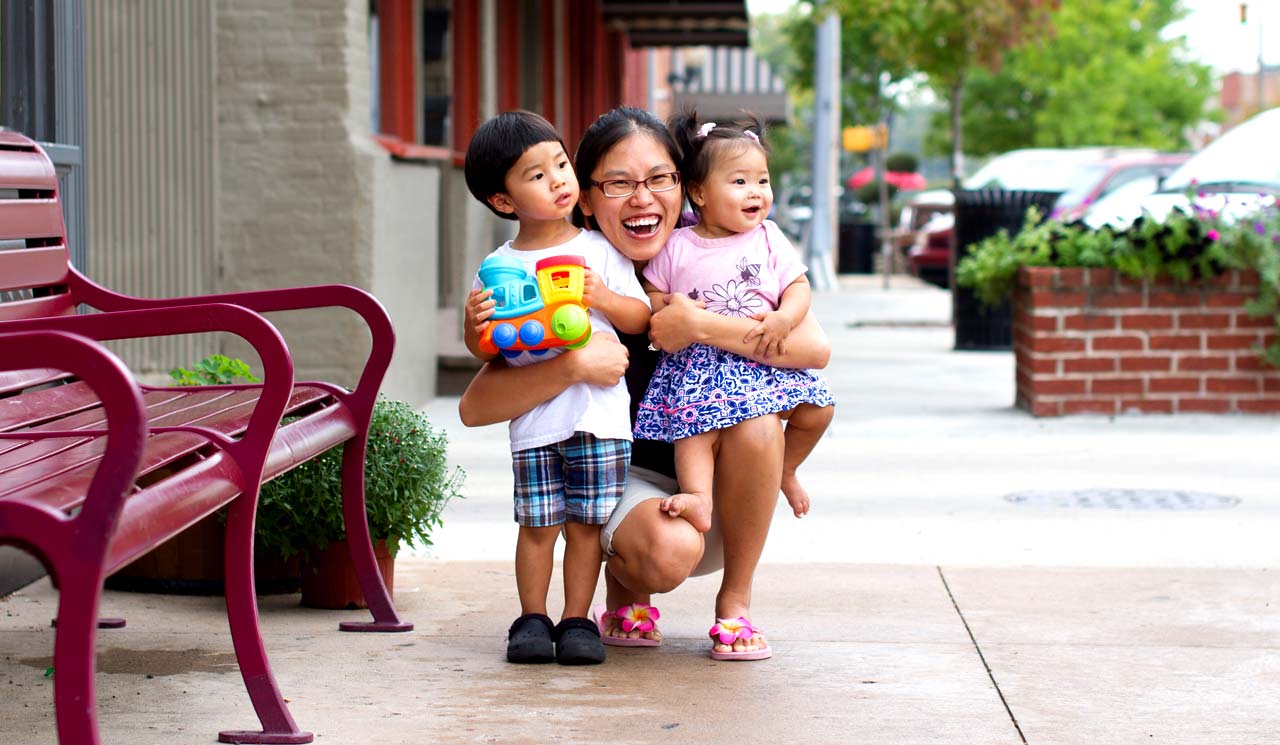 On a recent November afternoon, Shin Yee Tan and her husband Theo Budiardja readied their two young children, Thea and Christopher, for Thanksgiving dinner. The family chatted happily about looking forward to roasted turkey, mashed potatoes, and seeing loved ones. The scene is a familiar one in many Goshen households during the holiday season, but one thing that makes Shin Yee, Theo, Thea, and Christopher’s Thanksgiving unique was that the gathering was not of blood relatives, but chosen ones.

You see, Shin Yee (GC ’07) and Theo (GC ’04) moved from Malaysia and Indonesia, respectively, to attend Goshen College roughly a decade and a half ago. Since graduating and getting married, the couple decided to make the city of Goshen their new home. So, those loved ones sitting around the dinner table? They were friends, many of them also from Southeast Asia, who have chosen to adopt each other as family since many of their relatives are thousands of miles away.

“We have a very strong community here,” said Shin Yee. “They are there for us. They are our second family.” 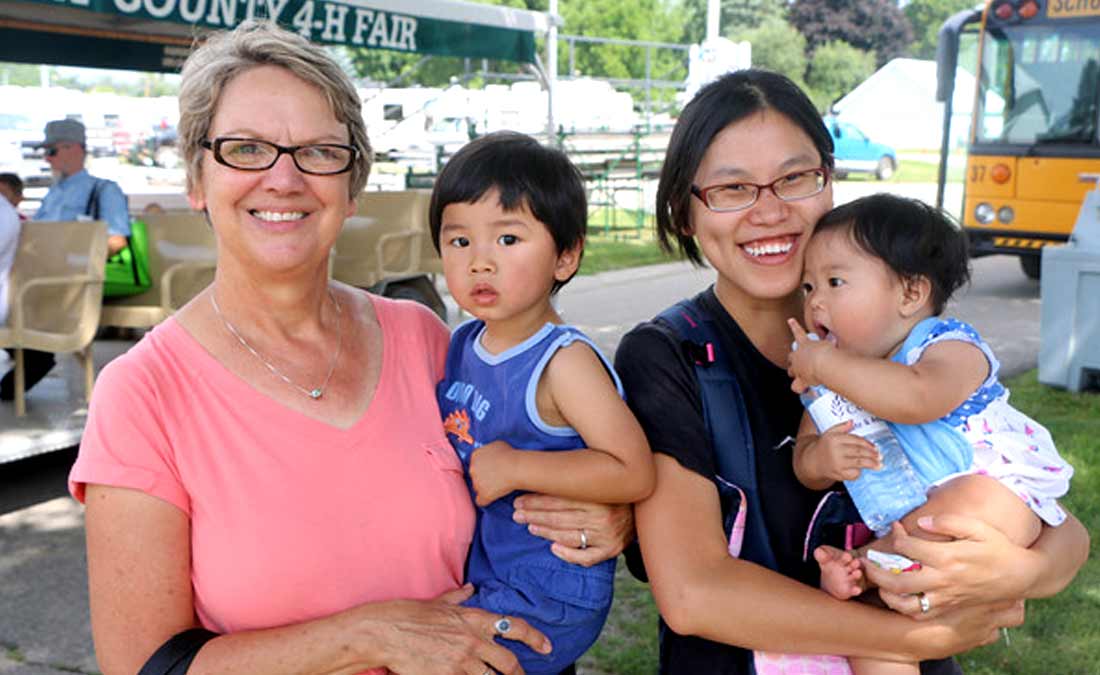 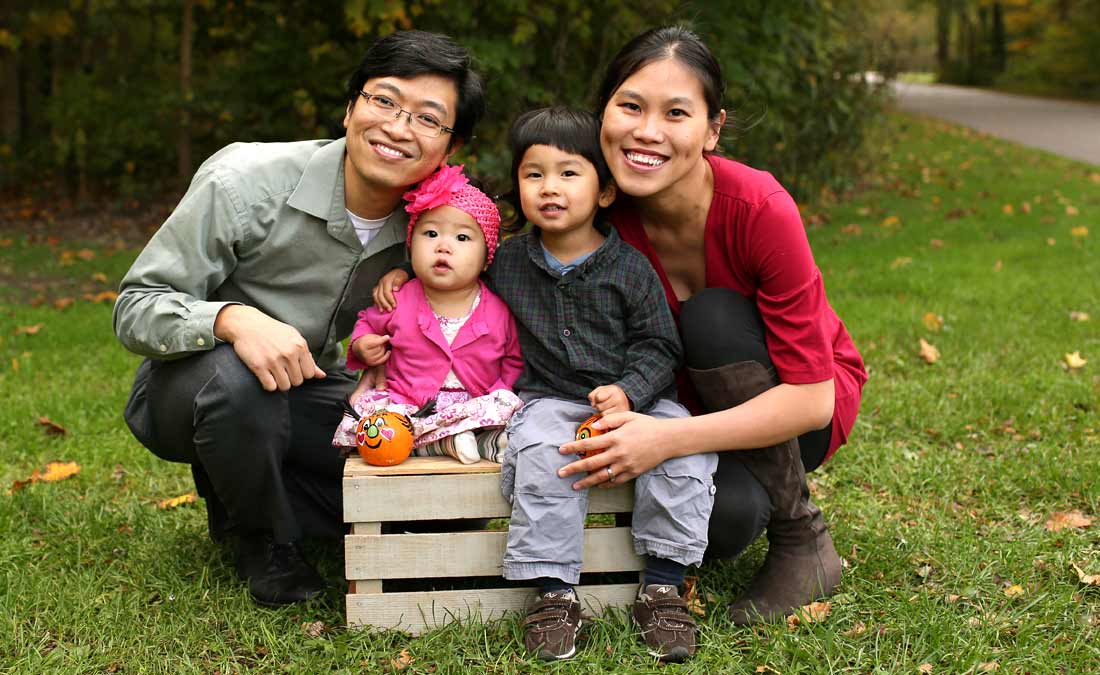 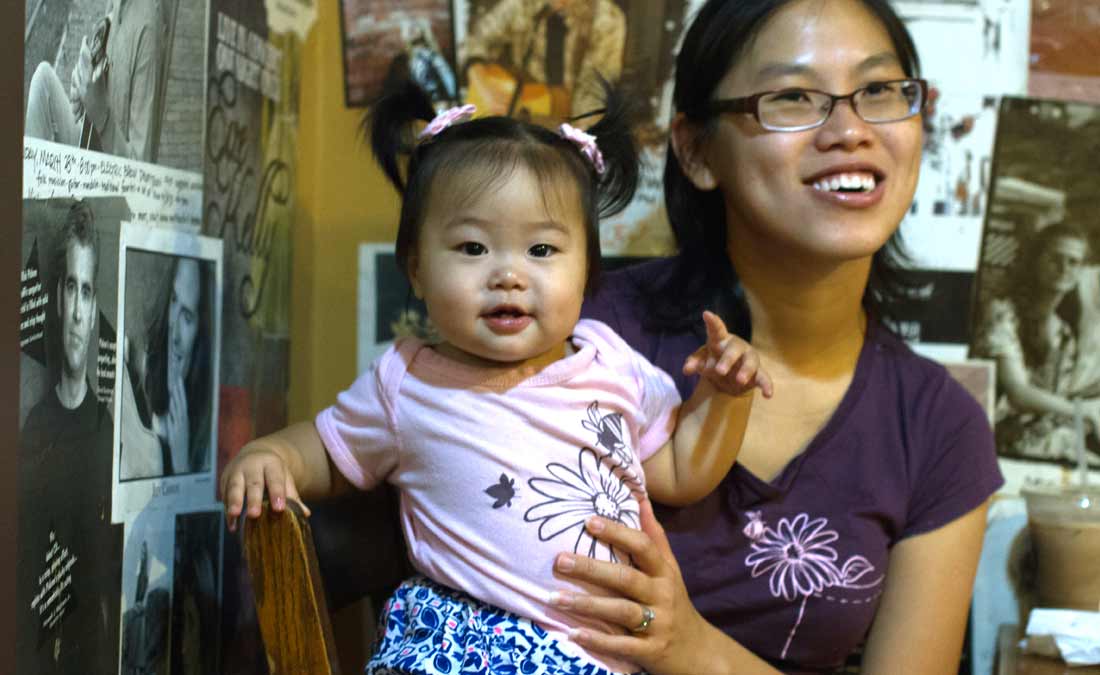 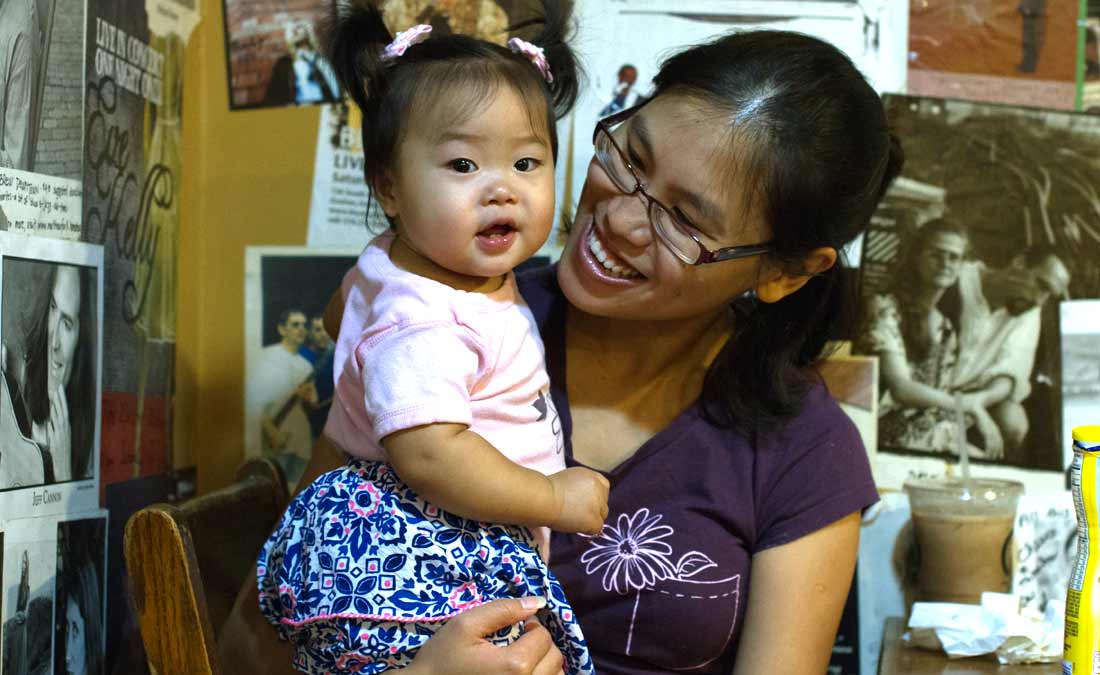 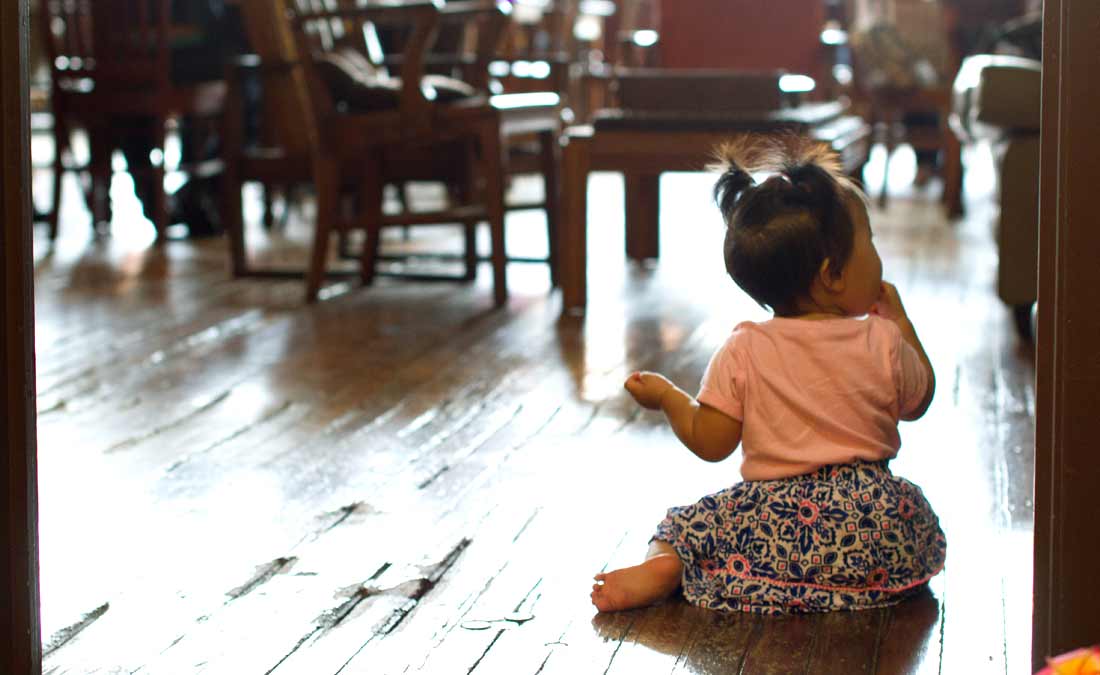 Shin Yee, a social worker at Oaklawn Psychiatric Center in Goshen, and Theo, a database programmer at Goshen College, are two of many Goshen College alumni who grew up in another country but have chosen to make Goshen their home. For their family, the decision to stay was easy.

“I like the tight-knit community here,” said Shin Yee. “I enjoy that it’s so family-friendly, and it’s a great place to grow our family.”

Among Shin Yee and Theo’s “second family” are a couple from their church who have asked to “adopt” Thea and Christopher as grandchildren. Shin Yee says that those relationships have made her family feel loved and included into the community.

“I was pregnant with our first child when a couple from church asked if they could be the kids’ ‘American grandparents,’” said Shin Yee. “They’ve been a blessing to us. If we need childcare, we can count on them. It feels like we have a family here, even though we’re not blood related.”

In addition to receiving from the community, Shin Yee says that she feels she’s able to give back to it as well.

“People are so receptive to our culture,” she said. “People are respectful when I speak Chinese or Indonesian to my kids. For example, we call our daughter ‘Mei Mei,’ which means baby sister in Chinese. And now, people in church call her Mei Mei, too! It’s fun to hear people who grew up in Goshen speak Chinese.” 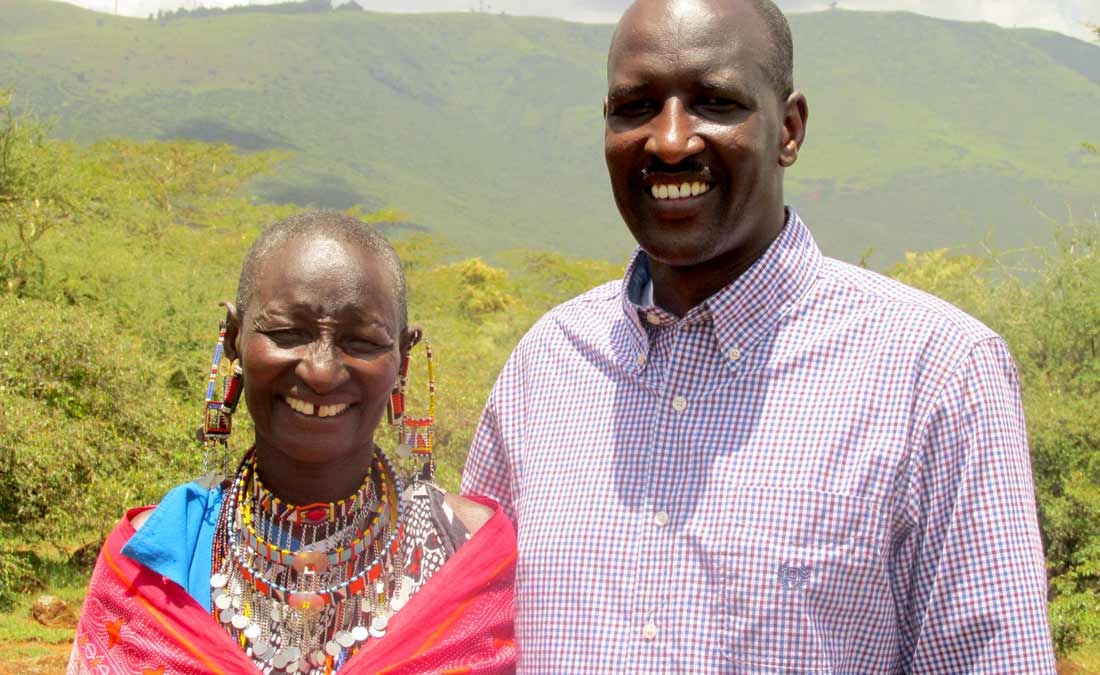 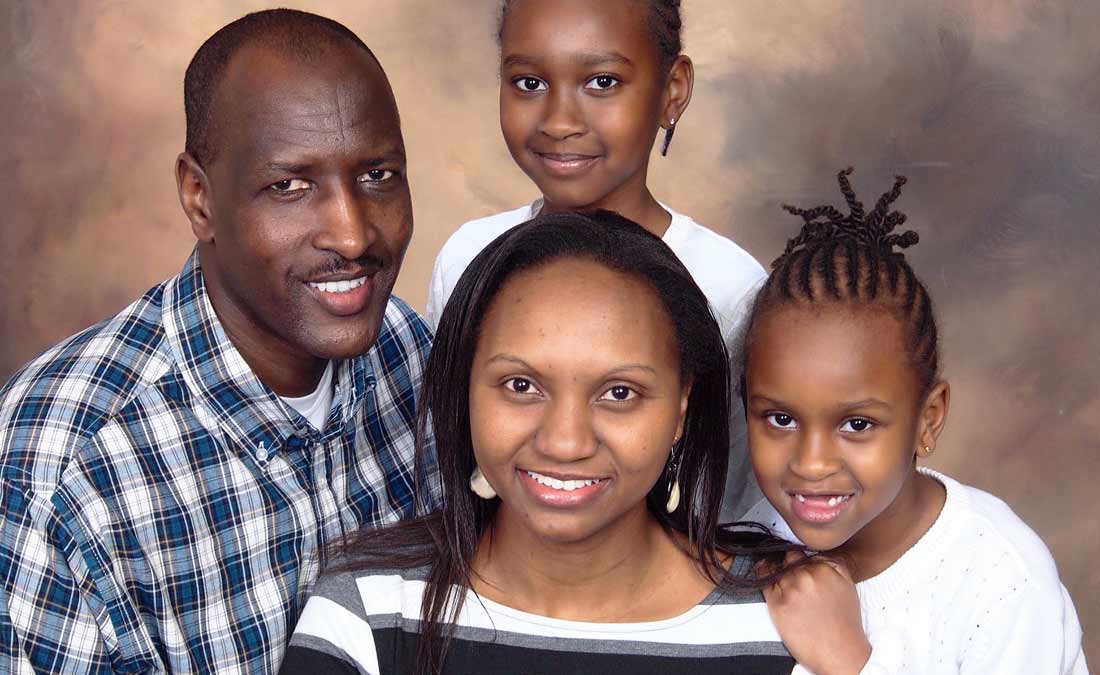 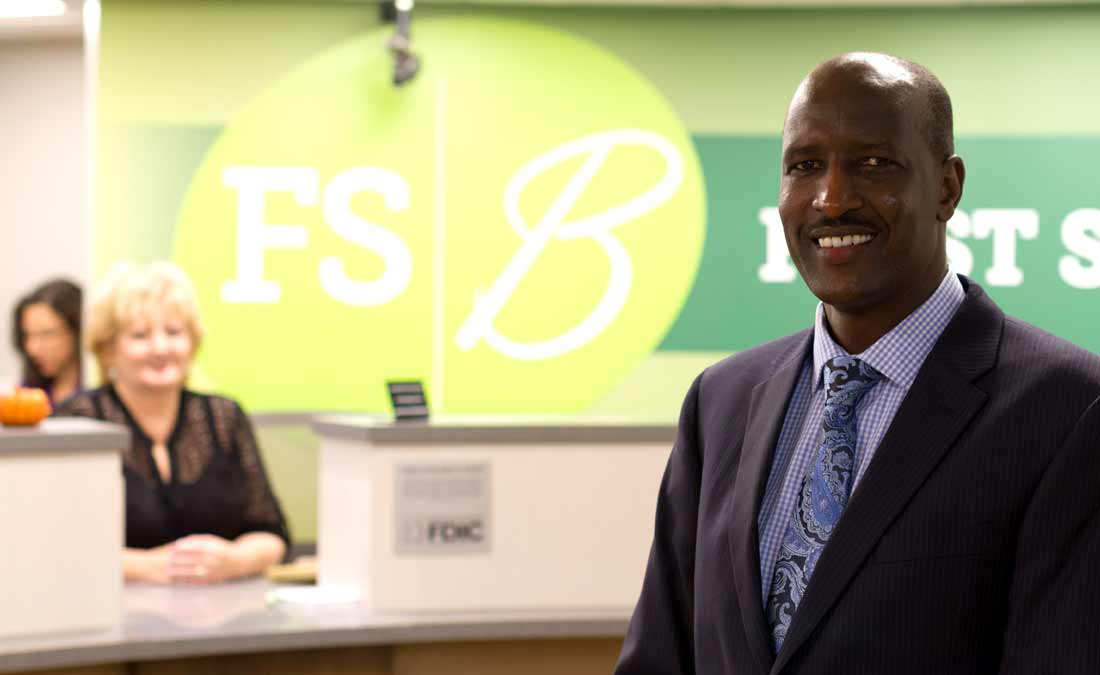 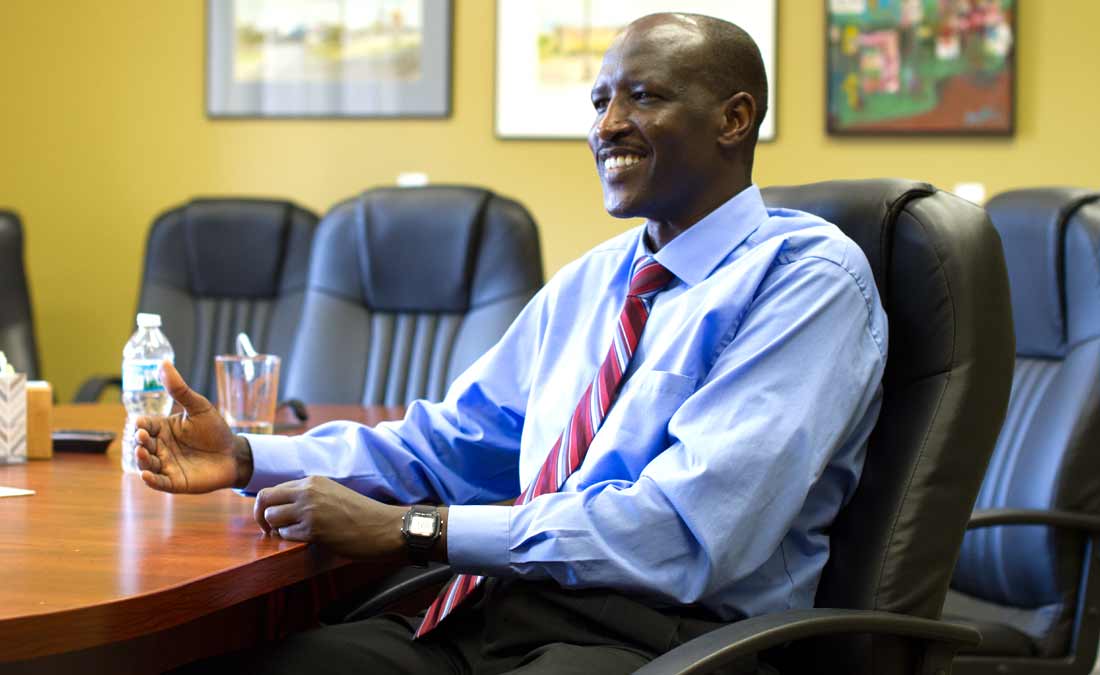 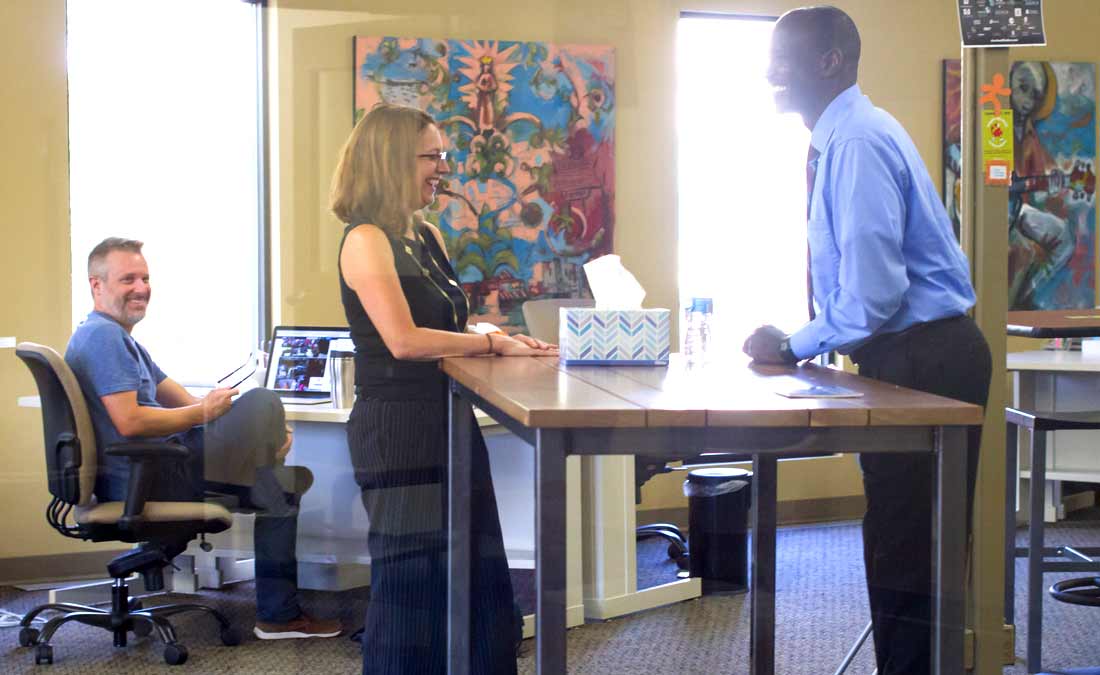 Adding to the community

Elijah Metekai (GC ’01), who grew up in Kenya, says he experienced the same kind of give-and-take generosity after moving to Goshen to study information technology at Goshen College. Though he’s lived and worked in Goshen for over a decade and a half, he still recalls the warm welcome he received when he visited campus in for the first time in 1998.

“Goshen College was very welcoming,” said Elijah. “I felt the warmth of the people, I felt how welcoming they were. Students were very open to me even though I came from a very different background.”

Today, Elijah works as an IT specialist at First State Bank in Middlebury, a job he has held for 13 years. He and his wife, Priscillah, also own and operate a stand at the Goshen Farmers Market and a shop called Gifted Hands Villages in Shipshewana. Both locations sell artisan products made by women (including Elijah’s mother) in their home village, as well as by individual artists and artisan cooperatives in Africa, Asia, and Latin America.

“Even though we are far away from home, we have a family,” said Elijah. “We have a church congregation that has adopted our daughters, with ‘American grandparents’ that spoil the girls just like any grandparents.”

Growing up in a rural Maasai village in Kenya, Elijah appreciates the tight-knit community in Goshen.

“In Goshen, you actually get to know people,” he said. “In our culture [in Kenya], you may not have a lot of money or things, but if you have each other, you’re rich –– and there’s beauty in that. I think we also have that community in Goshen.”

Elijah added that friends and family have welcomed the chance to learn about his Kenyan heritage –– since settling in Goshen, he has led a group of Goshen College alumni on a service trip to his home village. He has also organized fundraisers to help build two wells, purchase relief food, build classrooms, and assist needy children with school fees and supplies for his home community. He and his family also take regular trips home for his daughters to spend time with their grandparents and family.

Elijah says he has not only observed an acceptance of his heritage while living in Goshen, but witnessed the acceptance of a variety of cultures.

“I think what makes Goshen unique is that there are so many people coming from different places,” he said. “They take ownership of this community and add to the community.” 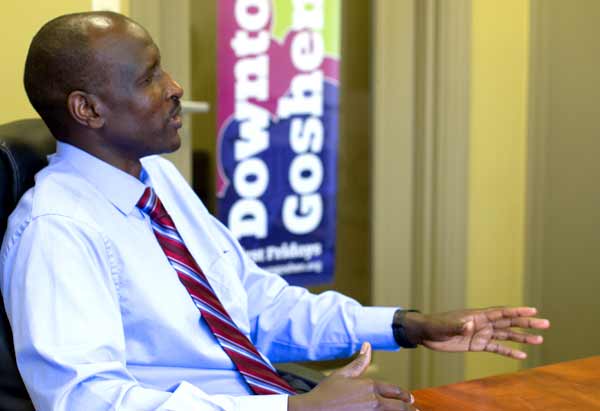 “I felt the warmth of the people, I felt how welcoming they were.” 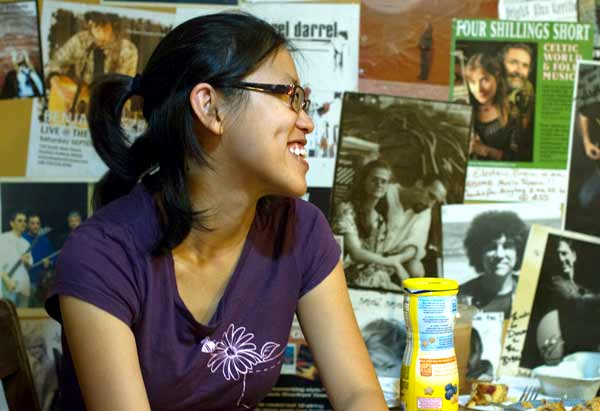 “I like the tight-knit community here. I enjoy that it’s so family friendly, and it’s a great place to grow our family.” 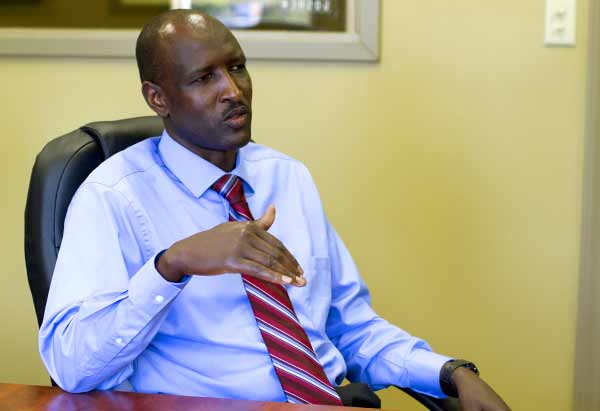 “I think what makes Goshen unique is that there are so many people coming from different places. They take ownership of this community and add to the community.” 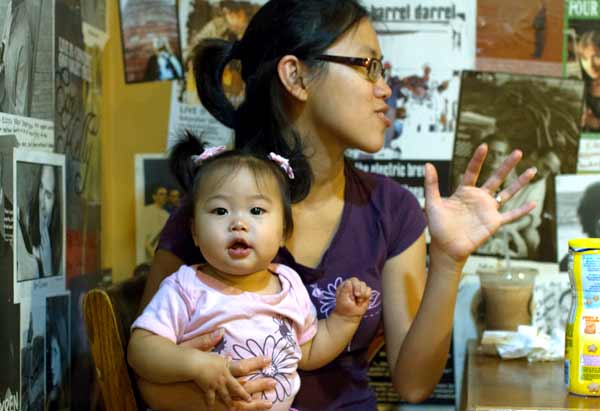 “People are so receptive to our culture. People are respectful when I speak Chinese or Indonesian to my kids.”