I have had the pleasure of knowing Millard Graber (GC ’82) for several years. During the time I have known him, I have seen him take on many roles in our soccer club. Millard has been a great supporter of this wonderful sport in and out of the club. His responsibilities in that capacity have grown with this organization.

He has an excellent rapport with parents, managers, coaches, and most importantly, our players. His ability to find an amicable solution to most problems is outstanding. I think Millard is respected by all who work with him. He is organized, creative, and highly motivated — yet very easy going.

Millard shows a lot of dedication even late in the evenings after a long day of field supervision, league phone calls and almost anything else that arises. He is a hard worker and it shows through the many hours he voluntarily puts in mowing the fields, painting the lines and ordering our league supplies. He is a very quiet person to work with but at the same time, I admire him for the passion he shows to this club and this sport.

“Millard has been a fantastic humble servant to Goshen and to have him recognized on the national scale is no less than he deserves,” said Dave Guthrie, executive director of Indiana Soccer. “Volunteers are the backbone of youth soccer and serve as great examples to our member communities.”

Throughout his time with the Goshen Stars, Graber has served a variety of positions including coach, manager, fundraiser, program developer and field worker. Throughout his tenure as club president, he has worked to make uniforms more affordable for players, coached at Goshen Middle School and served as a translator for Spanish to facilitate communication between players and coaches.

Graber first became acquainted with soccer at the age of 10-years-old when his family moved to Brazil in 1967. After his 10 years of learning the beautiful game in Brazil, Graber honed his skills playing for Goshen College and subsequent adult leagues.

Earlier this year, Graber received Indiana Soccer’s Volunteer of the Year award at its prestigious Awards Banquet and Gala. 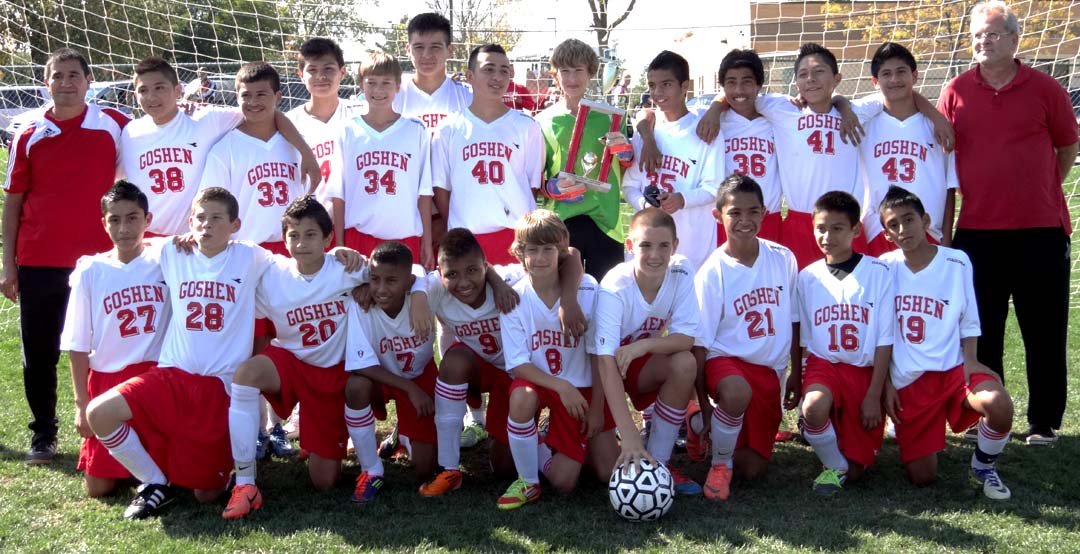