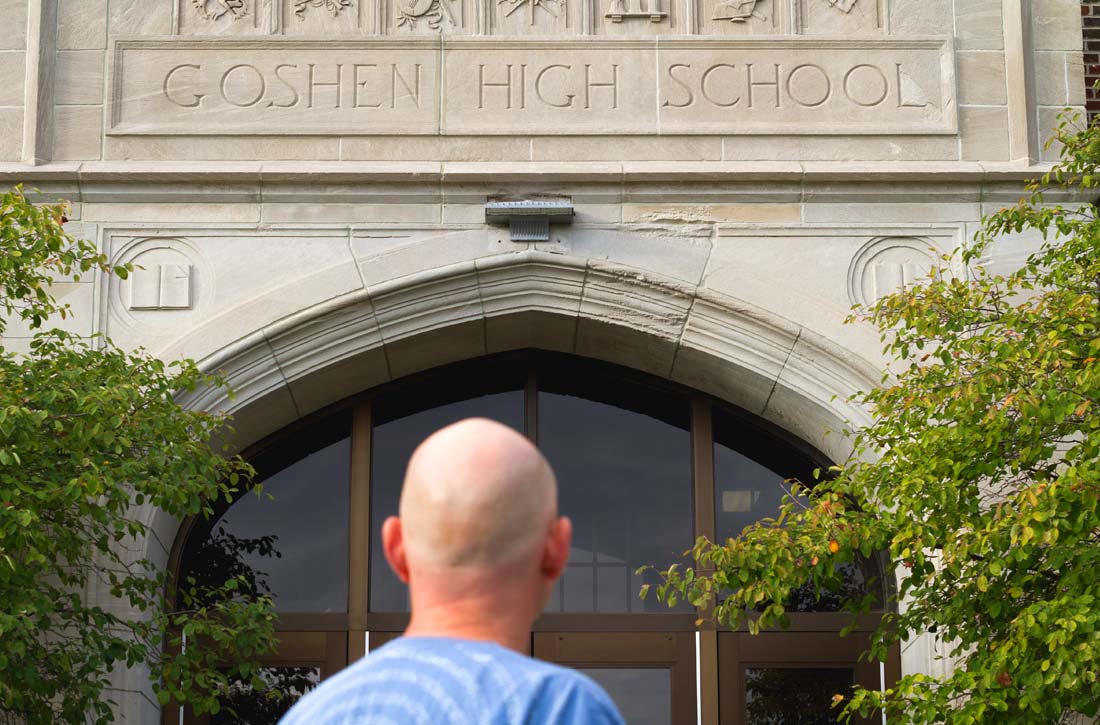 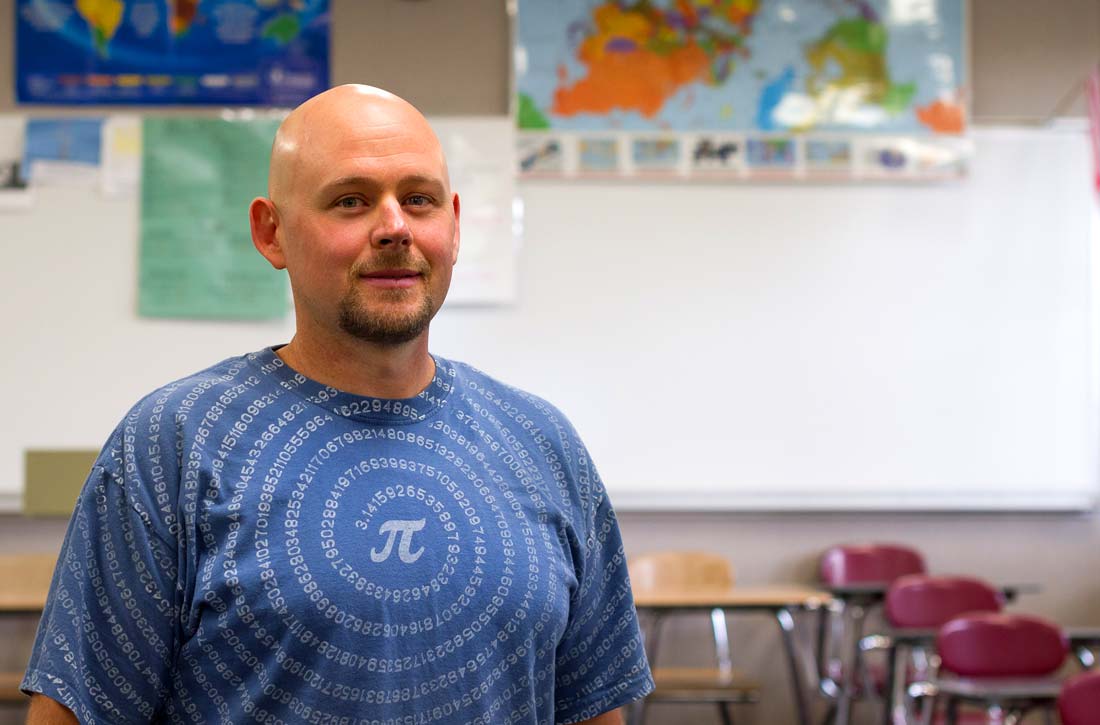 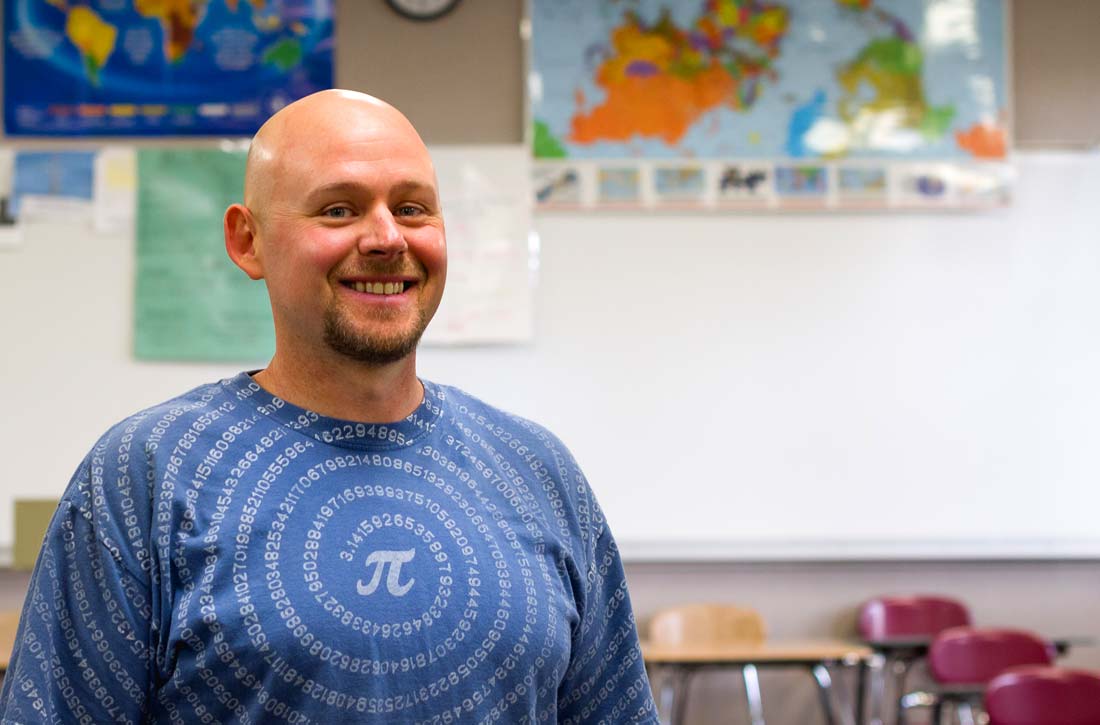 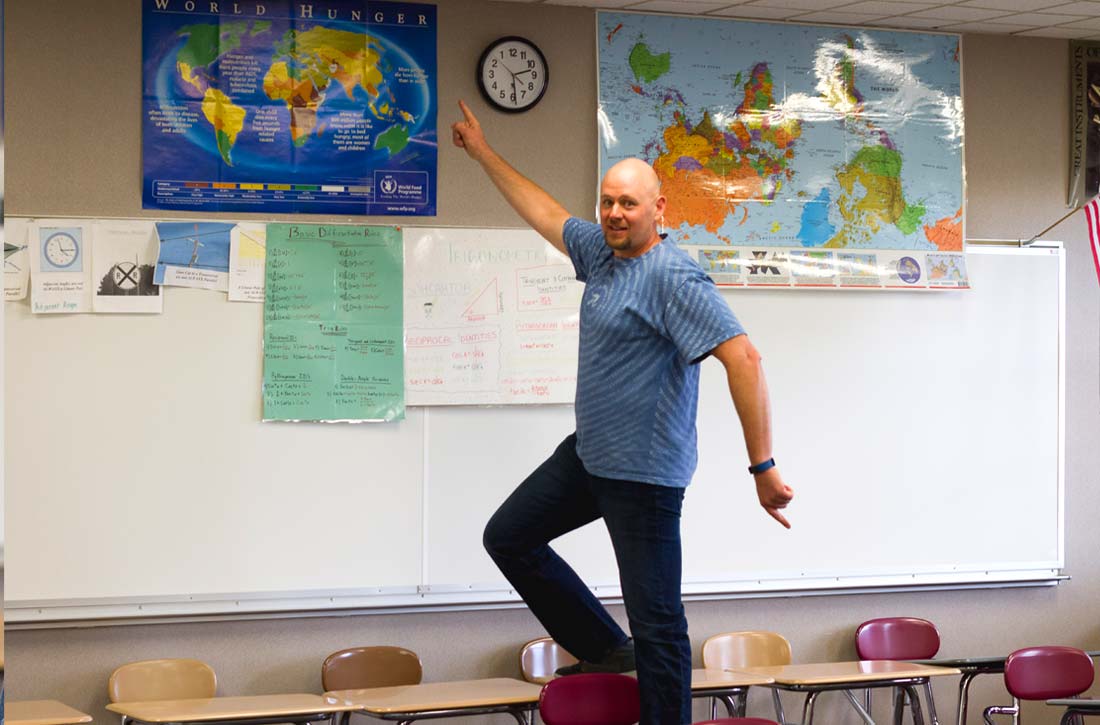 I was living just outside of Seattle teaching math when my wife got a residency in Goshen. I had never even heard of Goshen. Even so, I made the plunge and started to send out my resume, trying to find jobs. I moved out here before my wife because she still had to pass her boards. I still didn’t have a job. A week before school started, I got two calls. One from Elkhart Memorial and the other from Goshen High. I interviewed at Elkhart on Sunday and Goshen on Monday morning. They both offered me a job. I really didn’t know which one to take. I don’t know what made me decide but I went ahead with the Goshen job. I haven’t looked back ever since.

I really didn’t know what to expect, moving to the Midwest. It was so different than anywhere I’d lived before. In a way, my wife kind of felt like she had dragged me to Goshen. So after her residency was up, she kept saying, “Should we go back to Seattle? Should we move back?” But I didn’t want to. I just felt so positive about the work I was, and am, doing here.

We have come to embrace the community of Goshen. I think that Goshen is a place where you realize, pretty early on, that it’s really special.

Goshen High School has really been by far the best place I’ve ever taught. It was immediately very obvious that all the teachers and administrators were on the same page, which isn’t common in a lot of places. The school is very student-centered and positive. Everybody is willing to work hard because they know how important this job is. It is really easy to get on board with new ideas and big projects when everyone is like that. This is, in a lot of ways, a dream job for me.