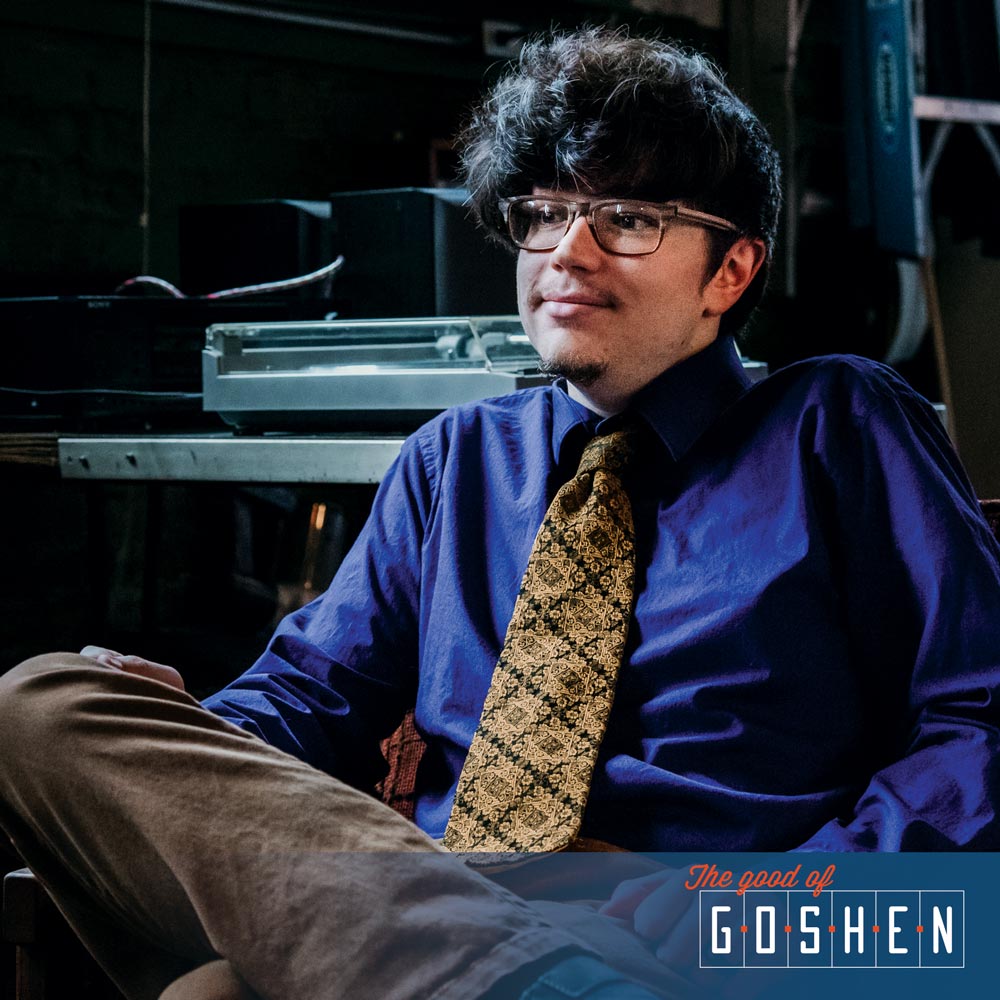 I got connected to Goshen when my band, James Neary and the Bevy Blue, opened for The Main Squeeze at Ignition Music. That show was a real breakthrough for us because it was the last egg to crack before being propelled off the ground and into really being a band. I thought, “Goshen’s Ignition is really a special place to perform!”

Before the band, I did the singer-songwriter thing on my own for a years. I released a solo record and even did a tour by myself but eventually, I moved on from the “one man band” concept. Our band got its start in 2017 performing at the Acorn Theatre open mic night in Three Oaks, Michigan. Something about the experience felt magic as soon as we stepped on stage. It affirmed that I was doing something right, and I knew that moment that this was something I needed to hold on to.

Our band’s long-standing core belief is that music has to be honest. It has to come from a point of emotional connection. Even if the story I’m telling isn’t from my life, it should be something with a point of connection.

I’d say that persistence is key to getting off the ground as a musician. There’ll be times where you feel your music, performing, or knowledge of the instruments isn’t good enough, but you just have to keep playing. If you look at yourself critically and are persistent about finding where you need to improve, that’ll really help. And yeah, it’s not always easy.

The band name took a while to nail down. “Bevy” is a gathering and collection of things. Additionally, I grew up with a lot of emo kind of music, so I wanted something sort of blue. When we said the name out loud for the first time it was like, “I think we can all get behind this.” Now we tout it proudly.

Goshen – even if it doesn’t have as huge a reputation as a place like Chicago – is kind of an oasis or spring for music and art. There’s a really cool distinction between Goshen and other towns in terms of stores and community.

You’ll be driving along and arrive in Goshen and all of a sudden there’s all of these really cool, unique shops and other places.