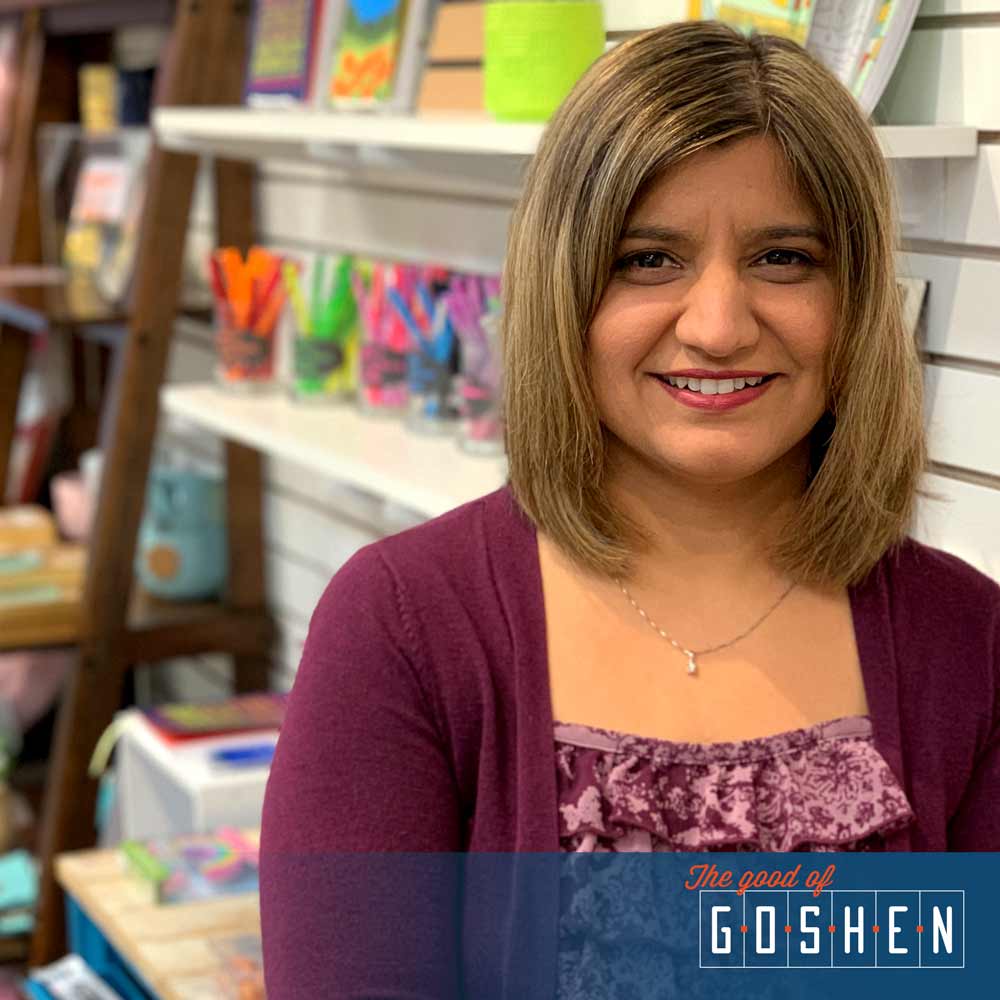 I was born in India. I moved to Canada with my family when I was 18 and lived in Canada for many years. I met my husband while I was going to animation school in Toronto. My husband is from Bristol. His family lives here, and after we had a daughter, we decided we wanted to move to a smaller city. We had been living in Toronto, which is huge and very busy. We thought raising a child in a smaller community would be better, and then be close to his family. We decided to move to Goshen, and we’ve been here for almost three years now.

I’ve always loved to draw. I went to college for illustration and animation, and then I worked in the gift industry as an illustrator for more than 10 years. At that point, I kind of wanted to do something for myself, and I started working on my own greeting card line online. I started selling on Etsy, on my website, little craft shows, art shows. And then retail stores started reaching out to me for wholesale. So that was a whole new world for me, and I was very excited. At that time, I was like, ‘It would be kind of neat to open my own shop!’ So it kind of started building from there, like a little dream that someday I would have my own little stationery shop.

The Imagination Spot has been open since the June First Fridays. Most of what I have here is stationery, and there are some art supplies. I’m only open Thursdays, Fridays, and Saturdays for now, and Tuesdays and Wednesdays by appointment only. I’m hoping to hire someone by the end of summer, maybe, and then kind of increase my hours.

I’ve spent a lot of time in Downtown Goshen. I’ve gotten to know a lot of people, shop owners. When I moved here, I did not know anybody. Then I slowly reached out to a couple of people, and they introduced me to others. It’s been kind of like a connection where everyone’s linked me to other people. I just love meeting people – going to The Soapy Gnome and meeting Jenny or going to Woldruff’s Footwear – Downtown Goshen. Just talking to people. I love how Goshen is really good for entrepreneurs. I find everyone has been very helpful to me, as well. I’ve gotten guidance from people, and they’ve connected me to the right people. The Goshen Chamber of Commerce has been great.