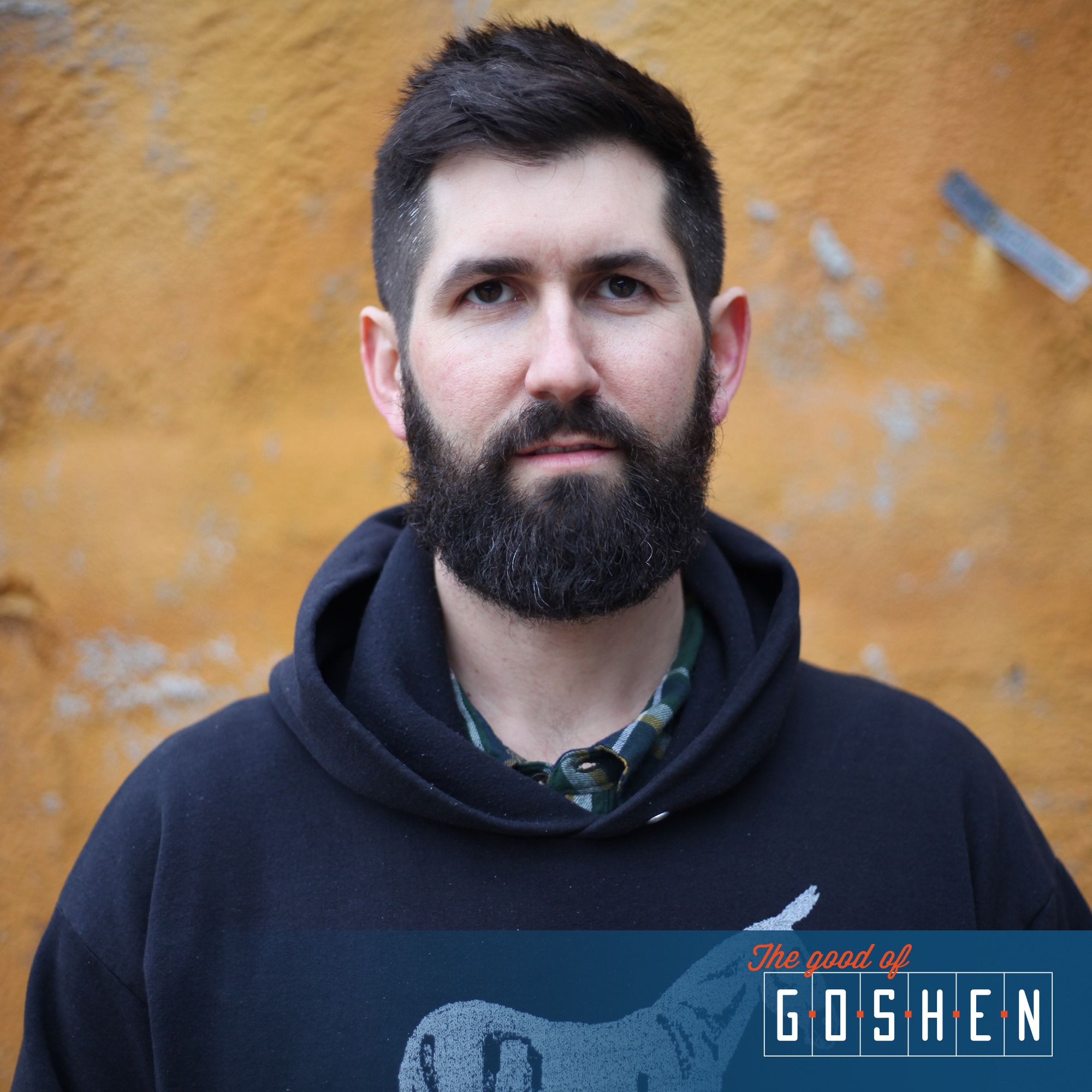 I moved to Goshen from Harrisonburg, Va., right when I turned 9 years old. I spent a lot of my formative years in Goshen.

I had a lot of friends early on that I was able to start jamming with. There’s such a healthy music scene in Goshen, I feel like, everything from bar bands to church groups to Latino groups. You name it. There are so many different facets to the music scene. My first touring band, The Goldmine Pickers, started after I’d played with Double Barrel Darrel for a long time. The Steel Wheels became my primary focus after I moved to Michigan. It took off from there, and we’re still at it today.

My family was touched by it in a personal way. My wife Jessica is a nurse at the University of Michigan hospital. She was exposed to the virus through work. She started to display symptoms and quickly quarantined in her room. Ann Arbor had a pretty quick turnaround with test results. It came back positive, and so that kind of set our course for the next two weeks.

After three or four days, it was becoming apparent that she probably wouldn’t get super sick, which we were really grateful for. Now we’re in the clear. That particular stress has been lifted.

I feel like Goshen has really become a Mecca of sorts for northern Indiana. There’s a strong community aspect that’s keeping the arts alive and well and really trying to put those community efforts to keeping a vibrant downtown scene. I know there’s a lot of bigger cities in northern Indiana that struggle to do what Goshen is currently doing just a fantastic job at. It’s a beautiful place.