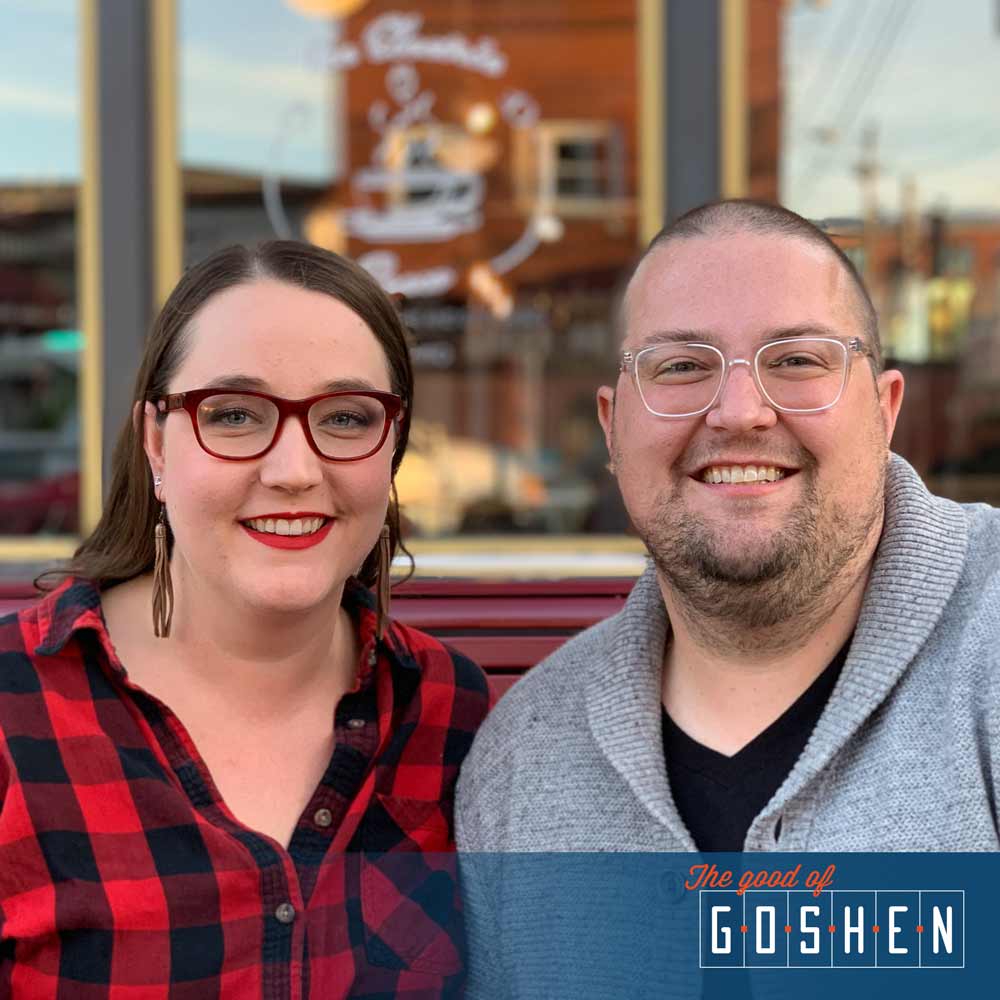 We moved to Chicago in 2007. We were newly married, in our early 20s. That was the time to do it, right? Leaving Goshen was actually one of the best decisions we ever made, because living in a bigger city formed who we are. It was a good time for us to experience a metropolitan area.

Once we had our kids, we realized, ‘Gee, the cost of living is a whole lot cheaper in Goshen,’ and we would also be close to family. Our families are very involved with our children, so that was very important to us. We started looking to head back home.

Goshen has this really neat feel. There is diversity here. If you think about the broader state of Indiana, the type of diversity you find in Goshen is not found elsewhere. There’s a broader understanding of acceptance of all persons.

We met in sixth-grade band class. I played the oboe (Joel). And I played the clarinet (Naomi). We were actually friends for years – all the way through middle school and high school – and didn’t actually start dating until our senior year in high school. Kind of dorky, right?

We were both part of the Stratford Experience class at Goshen High School. One of the evening performances included a semi-formal night, and it was tradition that you would ask a date to go with you. Ostensibly, it was just going to be, ‘Hey, we’re going together as friends.’ Then, at some point in the course of the evening, it became a little bit something more than that. At the end of this month, we will have been together 17 years.

Marcia Yost, Susan Hepler Long, and Sue Neeb Miller were three wonderful teachers we had at Goshen High School. Marcia and Sue taught the Stratford Experience class at the time of our trip. They along with Susan led the musical and theater programs that Joel and I were both heavily involved in. Those women are pillars of the community, and their leadership really shaped who we are as people.

Most of what we do is stuff with our kids – parks and bikes outside. The park district here is really fantastic. There are so many great places to take our kids and hang out. Our kids know all the parks by name. They’re park connoisseurs.

I don’t know that we would have made that move back if Goshen wasn’t what it is. Goshen is really focused on creating this great community where people want to live and care for one another. It’s also a community that’s very involved in the outside world and understands its place in the outside world. Goshen is this really center-focused community that also has these really good ideas and understanding of what’s going on in the larger context.