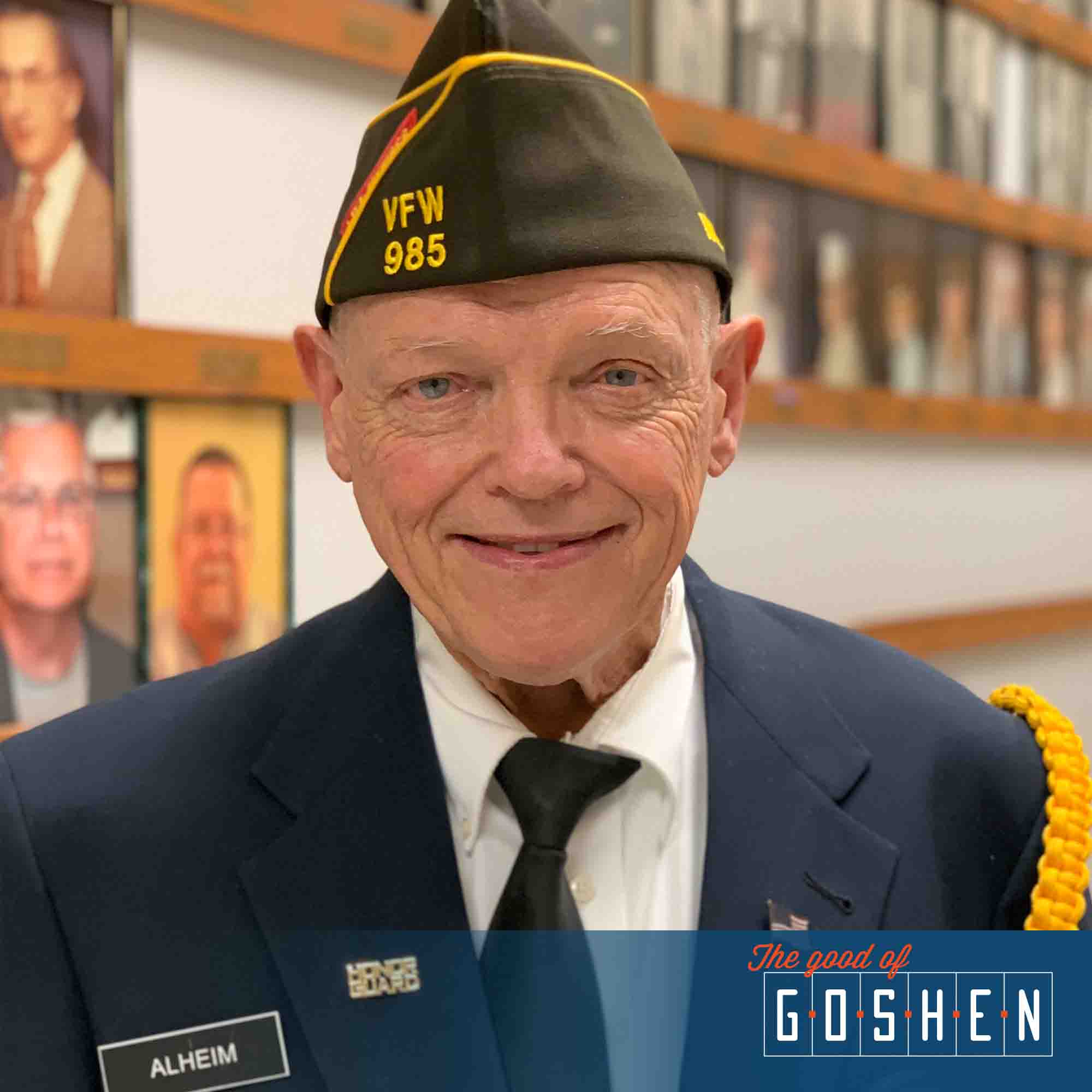 You have people who went in to serve. They left their families, their girlfriends, their lives to take part in serving the nation. It’s our responsibility, as far as I’m concerned, to honor the veterans because they did so much. People don’t understand that unless they’ve been there.

The Goshen Veterans Honor Guard is made up of right around 21 people. Our range of ages is anywhere from probably 68 all the way up into the 80s. I think Phil Whitehead is the oldest member we have. The Honor Guard is made up of three different veterans organizations: It’s the VFW, the American Legion, and the DAV. It was started years ago. Our current leader is Don Malott.

We go all over, if needed. We have the 21-gun salute. Many times we’ll do Echo Taps with two different bugles. As for me, I present the flag to whomever the relation is. A lot of times, we’ll either do the ceremony at the funeral home or we’ll go out and do graveside services. It’s whatever the family wants.

In the spring we put out flags at all the cemeteries in the area. In the latter part of the summer we pick up the flags. Also, when people turn in flags at the VFW, we’ll do an official disposal ceremony. There’s a certain procedure that we go through.

I’m an Army veteran. We also have Navy, Air Force, Marines represented in the Honor Guard. All branches. In a lot of ways, it brings people together, and we do something we’re proud to do.

Everybody cooperates and works well with each other. I am proud to do this, and so are the rest of the people that we work with.

We’re looking for new people. We need more veterans because we’re getting older – when you’re in your 70s and 80s, you’re not exactly young. I think people who become part of it will realize what a great job I feel we do, especially for the families. They deserve it.