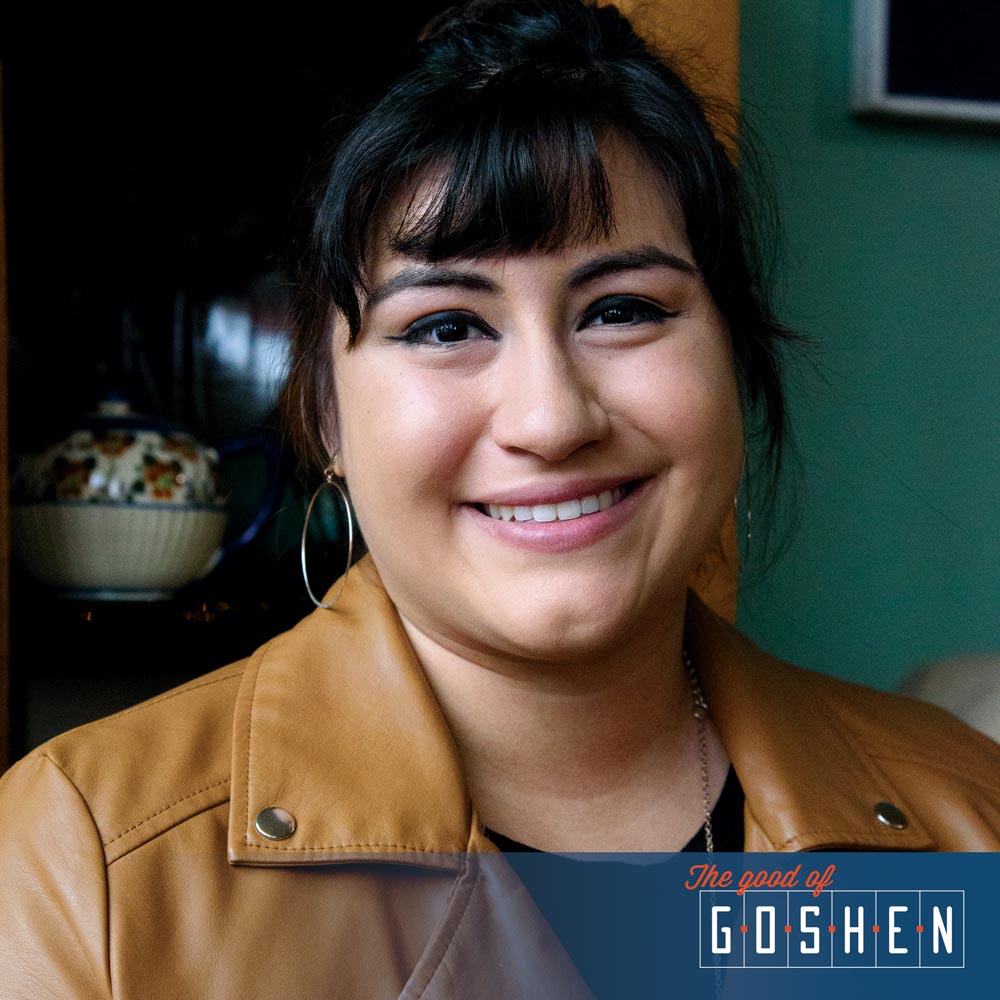 When I was a kid, I had no idea what I wanted to be. I thought I might work in some kind of biology-related field, but then realized I didn’t have the passion for it. I love music, though, so I started working with Goshen College’s broadcasting program. I found that I had a talent for news, and after graduating in 2017 I got my job at WNDU as a reporter!

Recently there’s been a bit of aggression toward my job. Sometimes we’ll get personal attacks on social media or negative or harsh comments, so you learn quickly to spin those negative things and view them differently. Being in news requires a lot of character, and you have to be confident in who you are and in your abilities. I find that being confident on camera helps when I’m off camera, too. Additionally, through my I’ve made many connections that I might not have otherwise.

I really love the work that I do because there’s something new every single day. I know what the day will bring until I go out and find my story. I also love the impact that news can have. I once did a story on my neighbor’s daughter who was having frequent seizures due to epilepsy. She was in desperate need of seizure-response help. After people read the article about her they started sending money to her GoFundMe, and a service dog organization even sent a dog to their family!

I’m really grateful for Goshen. The people I’ve befriended here have become lifelong friends and are so meaningful to me. People in my profession often move from market to market and on to bigger cities. However, I don’t want to do that because of what Goshen means to me. I want to raise my family here, I love the school systems here, and I love the acceptance and diversity here (especially as a Latina). People are excited to have Hispanics be part of this community, and the fact that I want to raise my family here says a lot about this city.