Tales From a
“Pit Parent” 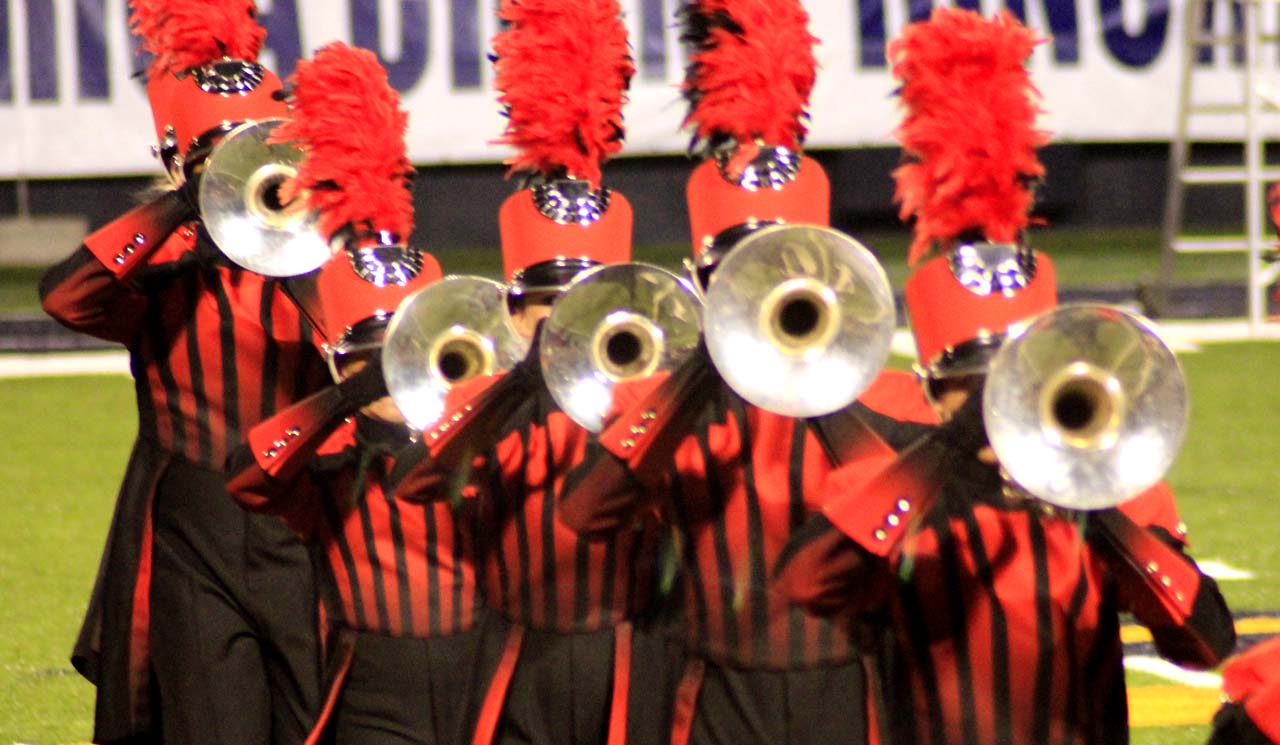 As the last rays of orange twilight fade to midnight blue and the air quickly takes on that crisp fall coolness, the faint sound of music hits your ears. The notes sound familiar. Then you find yourself singing along, “Somewhere, the over the rainbow … ”

The music stops, and a voice breaks the silence, “Reset to chart 14.”

These sounds are familiar if you live within a mile radius of Goshen High School. For me, it has become routine to listen to the band play over the past four years I’ve called Goshen home.

The Goshen Crimson Marching Band (CMB) is rehearsing their show, called “Over and Over.” They’ve been practicing every day since summer, and twice a week the 215-member group rehearses late into the cool fall evenings. If you follow the notes hanging in the air, you will find them playing and maneuvering around their practice field across from the high school.

The band brings their show to Foreman Field for RedHawk football games to entertain the hometown crowd. Besides these halftime appearances, the team travels weekly to compete in marching band invitationals.

Even if you’re familiar with the marching band, what you likely have not seen is all the work put in by students, staff, and parent volunteers that gets the show on the road and onto the field each week. It’s a job that moves 200-plus members, instruments, and props from Goshen to locations as far away as Indianapolis and Toledo.

My son is a junior and plays alto saxophone for the band, so this is my third year following the CMB. This year, I decided to take a more active role volunteering, and decided to become a “Pit Parent.”

I started documenting the incredible work done by this tight-knit community of students, staff, and volunteers by creating a YouTube series called “Tales from the Pit.” My goal with the channel is to show what happens before and after the students take the field. Take a look for yourself!

Tales from the Pit

Check out this extraordinary example of the Good of Goshen with Brian Sapp’s Tales from the Pit episodes on YouTube!