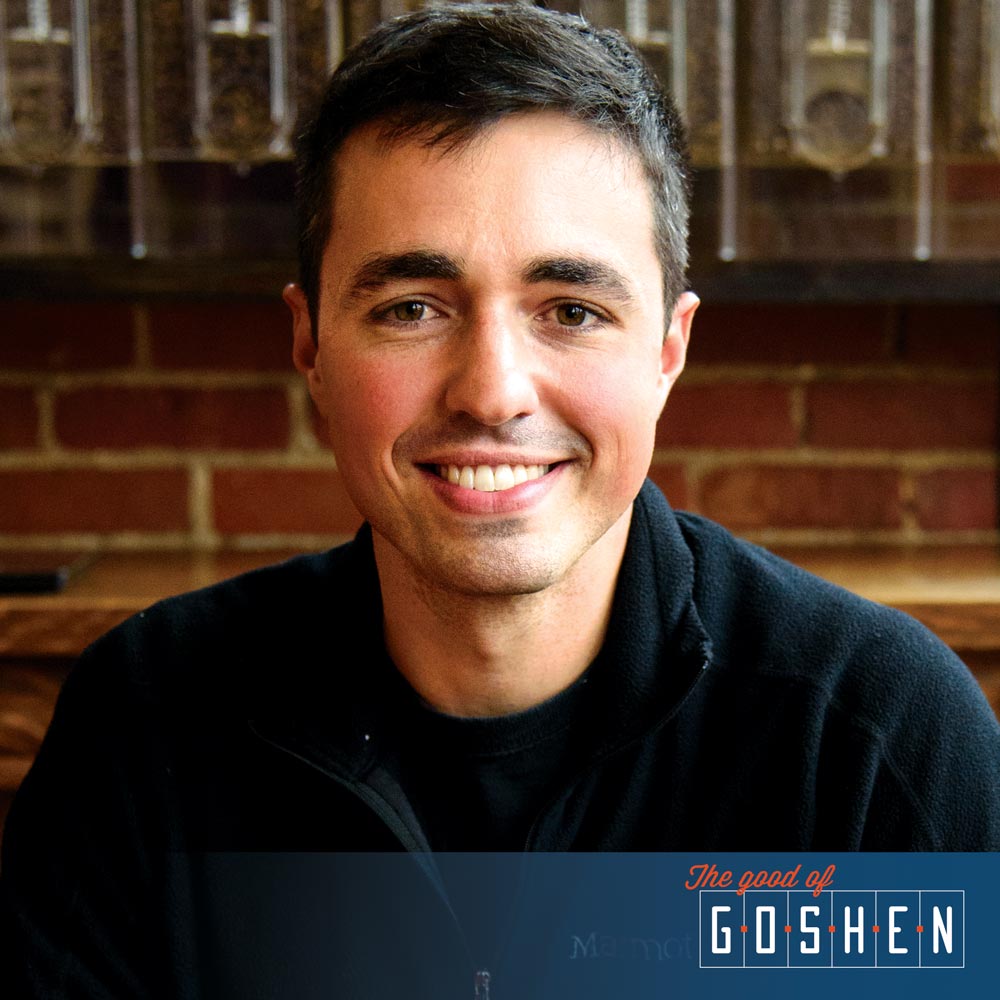 I was born and raised in Goshen and have basically lived here my whole life. I’ve lived in Alaska for a year, went to Hesston College in KS and then came back to Goshen to finish at Goshen College. While at GC I became an art major and began making tons of great connections. After college, I worked with John Mishler. This time was really valuable and he helped me make many of the connections I have now and helped launch me into what I do currently, which is make functional furniture pieces using remains of Elkhart and Goshen lumber

I noticed all the trees coming down in the area, and the Midwest is great for hardwood and lumber which we have plenty of here! I bought a sawmill after finishing college and started collecting the urban trees I saw coming down. I saw lots of potential for these unused trees and they became part of my vision for my own business

I started the company back in 2014 calling it Elko Hardwoods. The name is based on the Elkhart area and the crafting and manufacturing come from my shops in both Elkhart and Goshen. Nothing is outsourced and my brother Jeremy Thomas now helps with the business side of things for me. He helps to do stock trading and created the website we have. He is also part of the reason we have a fantastic showroom in the Chicago area!

The people here, and the sense of is what makes Goshen special in my mind. Goshen seems to be thriving since the past 10 years with more and more young people sticking around. It’s a very diverse and creative area. Starting a business wasn’t easy, but the people who were here to support me have been unique to Goshen. Many of them have spent late nights and have helped me to put in the work. I have a lot of who lived in other places in the country, but almost all of them have ended up coming back to Goshen.