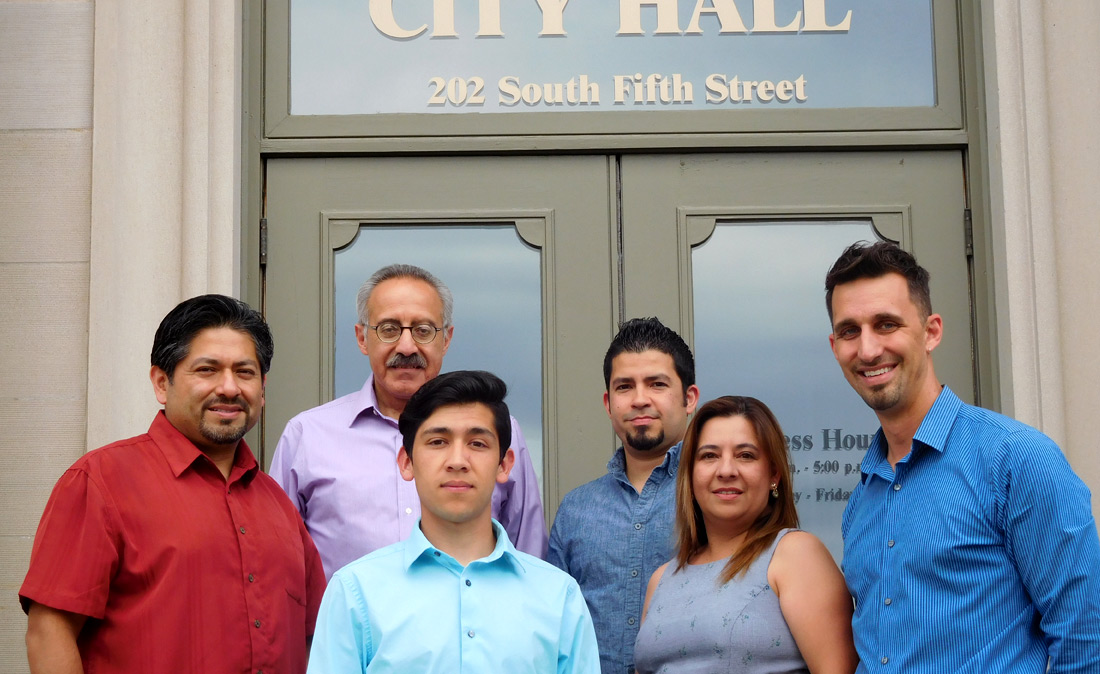 It’s not unusual for today’s American cities to have a demographic makeup that is more diverse than in years past. What is unusual, however, is for a city government to not only adjust to the changing population, but to acknowledge that it is a better place because of it.

Of course, Goshen has always been known for being a bit unusual – in the best possible way.

Goshen Mayor Jeremy Stutsman announced during his campaign in the fall of 2015 that, if elected, he would appoint members of the community to serve on a Latino Advisory Committee. This committee would advise him on relevant issues for Latinos and other minority populations in Goshen.

When Stutsman was elected in November 2015, he made good on his promise. In January 2016, Stutsman appointed five members to the group. Then, in order to extend beyond his own connections, he asked each original member to select one other to serve on the committee.

According to the committee’s official mission statement, the group “makes recommendations to improve the quality of life for Latinos and the entire community.”

“This advisory committee is a great way for me to stay better informed about the needs of a large portion of people whom I represent,” said Stutsman. “Our goal is to continue conversations that need to happen and to make sure we continue to celebrate the successes of our diversity and look for the opportunities to build on those.”

Stutsman says he wants to let residents know that his administration works for the entire community.

“I want people to know that our government is a safe space,” said Stutsman. “Their government is here to listen, hear concerns, and act accordingly.”

‘Advocates for the good of the community’

But change is not without its challenges: Many business owners struggle to know how to attract and hire minority groups; language barriers keep monolingual people from interacting; and cultural differences can, from time to time, cause conflict. Regardless, many local residents want to learn what they can do to improve communication – and that’s where the Latino Advisory Committee steps in.

“Businesses and individuals want to know how to better serve the community,” said Richard Aguirre, committee member and director of corporate and foundation relations at Goshen College.

In only six months, the Latino Advisory Committee has advised a number of city departments and local businesses – including the Goshen Fire Department and Everence.

The group is also working to translate the City of Goshen’s website and resource materials into Spanish.

“We provide input to Mayor Stutsman about the Latino community, but we also want to be advocates for the good of the community,” said Aguirre. “What’s good for Latinos is good for everyone. The more we succeed together, the more successful our city will be.”

Aguirre, whose parents were first-generation immigrants, explained that the committee also presents an opportunity to involve more minority groups in leadership.

“People come here because they want the American Dream, to raise their families, to be themselves,” said Aguirre. “Latino men and women deserve representation, to be treated well, and to be involved in decision-making. We are contributing, and we deserve to be part of the leadership in the community. This committee is a way to move in that direction.” 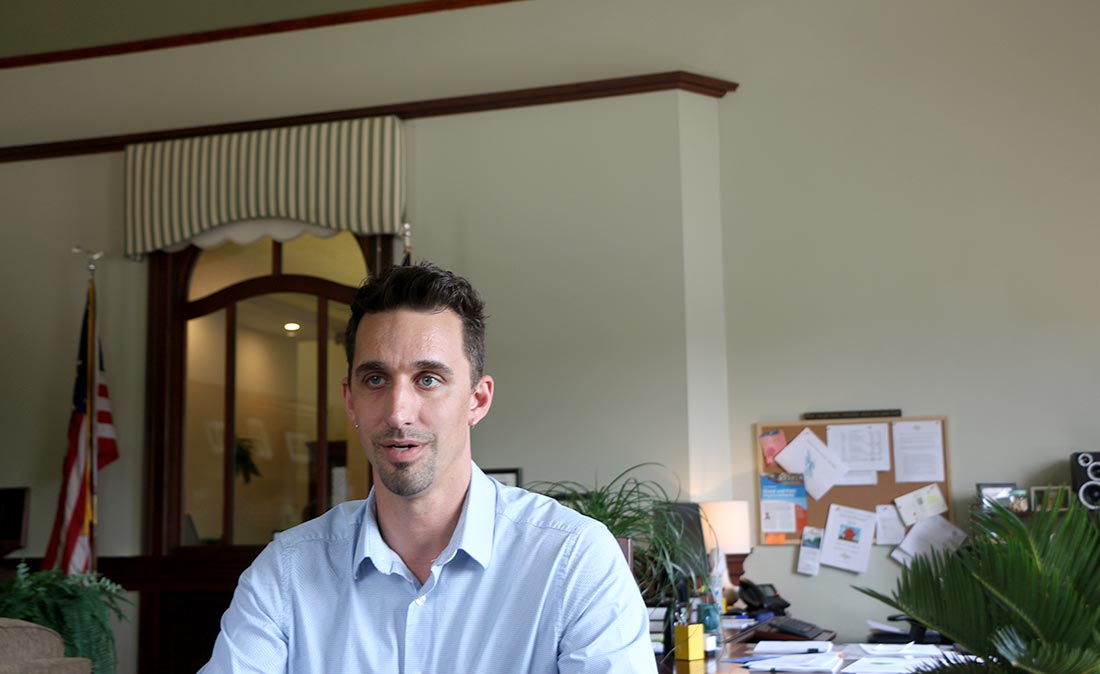 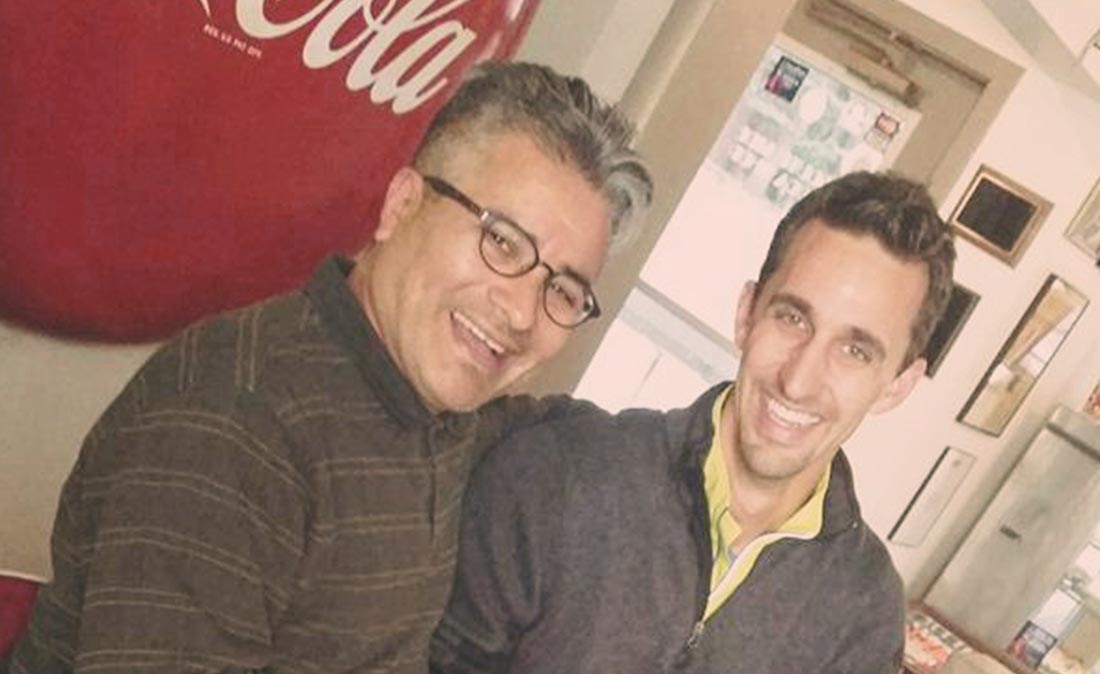 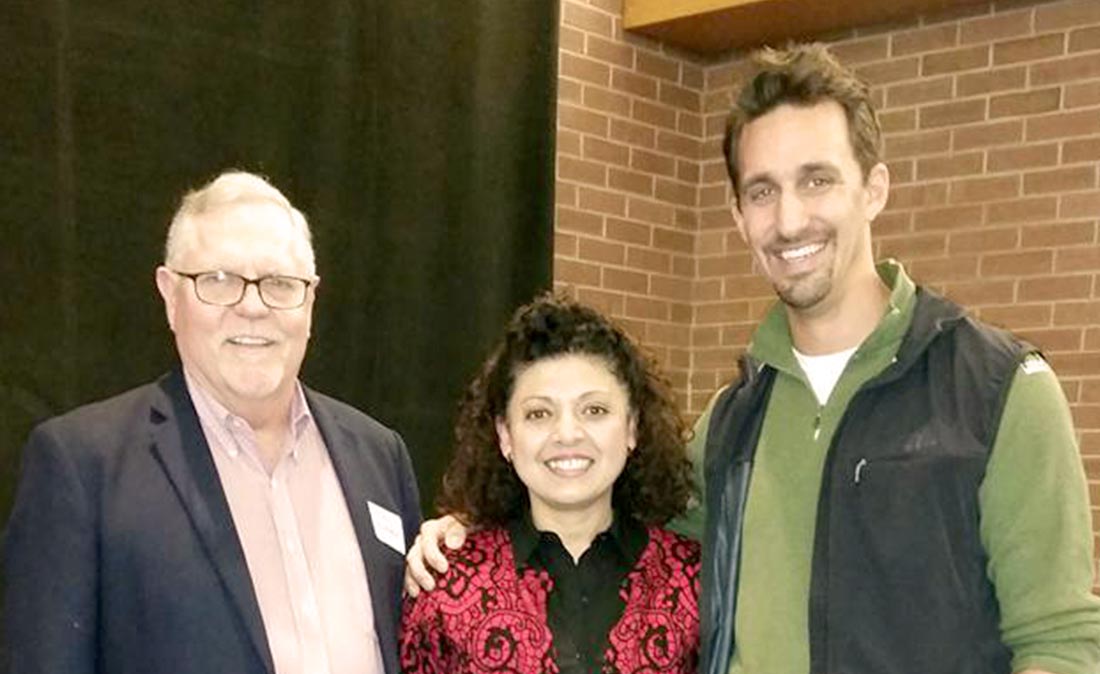 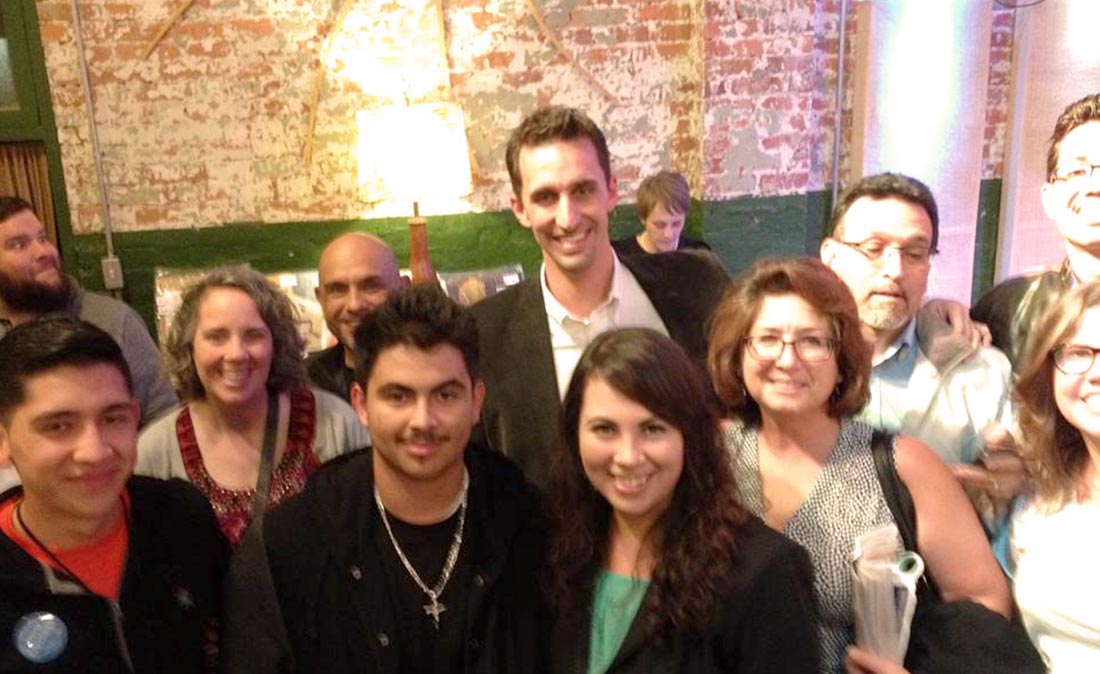 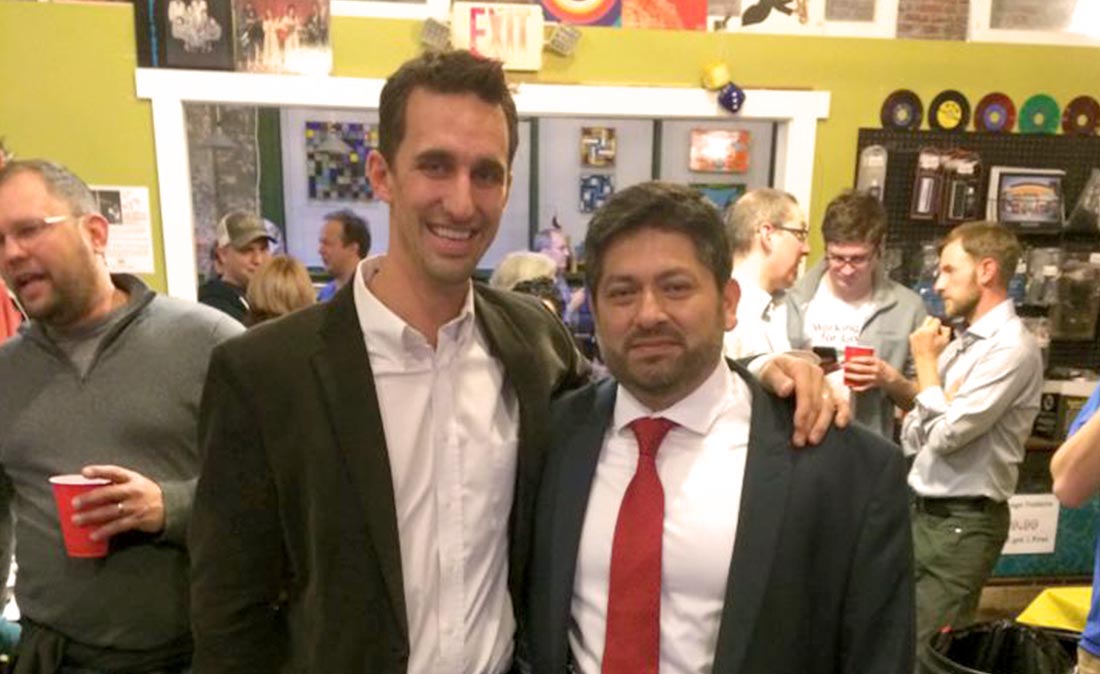 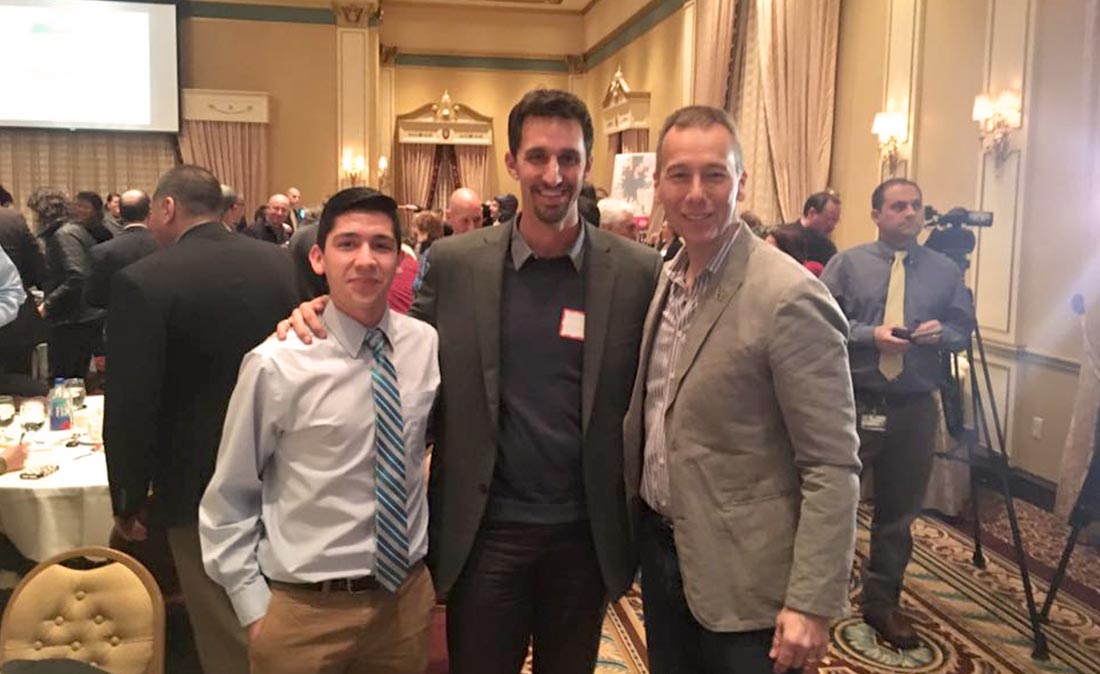 ‘We have more in common than we have differences’

Goshen’s city government and local organizations have been working to bridge cultural gaps for years – from language classes at the Goshen Public Library and Goshen College to the creation of the Community Relations Commission in 2004. The Latino Advisory Committee is the current city administration’s next step in helping people stray out of their cultural comfort zones.

Daisy Gaspar, a committee member and kindergarten teacher at Chandler Elementary School, says she understands how difficult it can be to adjust to changing populations. But no matter how difficult the task, she says, it is necessary.

“It’s hard not to be scared of people who are different than you,” said Gaspar. “But we need to continue working together as a community. We need to encourage people to keep coming to community events. We need to learn to be okay around each other.”

“For many older adults, it can be difficult to see different groups existing in the same space,” said Prieto. “But I see a lot of young people with a new mentality. Children in school don’t have trouble connecting. It makes me very optimistic about the future.”

“The most important thing we have to do is to help people relate to each other,” said Merino. “To build a brighter future for Goshen, we have to realize that we have more in common than we have differences.”

Mayor Stutsman says he is confident the committee’s goals can be met. He plans to continue meeting with the Latino Advisory Committee on a regular basis as long as he is in office. And, Stutsman says, there are plenty of opportunities for others who want to get involved.

“I am here to support, work with, and talk with everyone in this great community,” said Stutsman. “If you want to be involved, we will find a place for you.”

Committee members also encourage others to get involved with their campaign. Luckily, Merino says, many Goshen residents already are joining the movement.

“In order to keep bridging the gap, we have to get out of our comfort zones,” said Merino. “We can always give a little more. In Goshen, people do give a little bit more. People think about the needs of their neighbors. That’s why I love it here.” 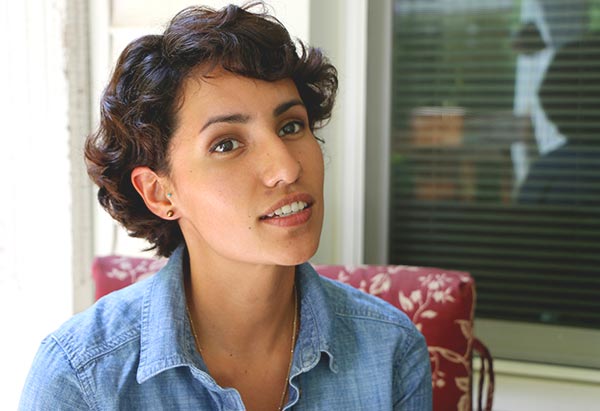 “It’s hard not to be scared of people who are different than you. But we need to continue working together as a community.” 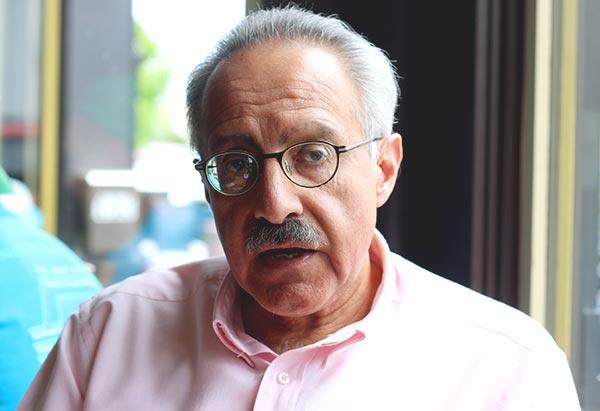 “We are contributing, and we deserve to be part of the leadership in the community.” 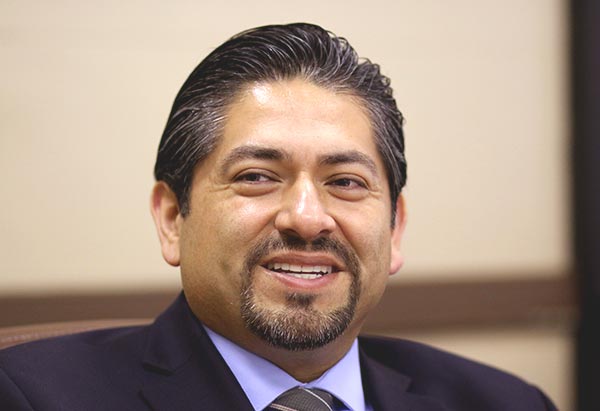 “In Goshen, people do give a little bit more. People think about the needs of their neighbors. That’s why I love it here.”