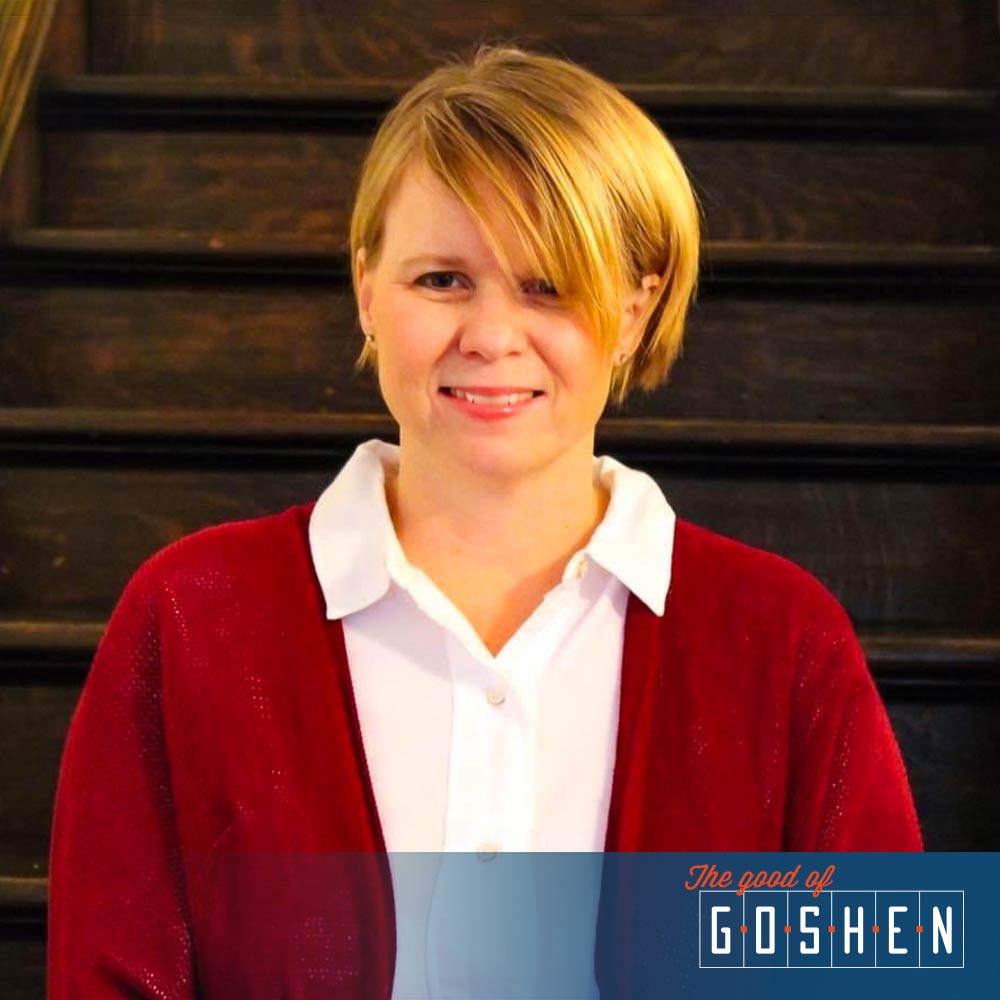 I’d considered it randomly over the years and never really thought it would be open in our district because Julia Gautsche had been there for so long. Her spot became open and someone approached me about running for the Goshen City Council. I talked it over with the family and some close family friends. I decided that I had to kind of focus on why I would want to do it. I had to figure out that question over the course of about a week.

I finally decided that my kids needed to have a good, strong female role model in their lives, and I wanted to be that person. Plus, I really like being active in the community. It made sense.

When I ran, I ran as a Democrat. I said to many people that I wished it was nonpartisan. I find that 98 percent of the decisions made have nothing to do with party lines, or shouldn’t have. I really appreciate hearing all the perspectives in trying to come up with my decision based on what I feel is right. It’s been really interesting because I am a very middle of the road person. I’ve found that quite a few of the other council members are also middle of the road. It’s nice to be able to have these conversations and listen to perspectives from the far left and the far right and also have common ground in the middle.

I’ve gotten people to move to Goshen – my sister and my friend. When they asked me, ‘Why Goshen? Why did you move there? What’s so special about it?’ it was easy.

We had a choice; We didn’t have to move to Goshen. We chose to move here because of the diversity, and we wanted to make sure that our girls – growing up in a multiracial family – were able to grow up in a multiracial community. Many people, specifically the people who have moved here to be near us, moved here because of the diversity in Goshen. Having come from larger cities, they really like that. I also talked to them about the community, how thriving the downtown is, and how great the schools are. We also have Goshen College here, which creates a different level of diversity as well.

Those are the things I focus on. And I also send them to the Good of Goshen website because it has so many great stories and information about Goshen.