23 Musicians and Music Industry Leaders Who Debuted in Goshen

Goshen is a hotbed for musicians. Many local artists have launched careers and found success both here and well beyond the confines of our city. Following is a list of just some of our top-tier talent.

For even more stories of musical greatness rooted in our hometown, click through to read the 18 Bands That Got Their Start in Goshen post!

Chuck Ainlay is an independent record producer and sound engineer who has recorded and mixed more than three hundred albums. His resume also includes multiple Grammy wins and Academy of Country Music awards.

His engineering and production skills have also been showcased on rock, pop, and cross-over projects with artists such as Peter Frampton, Lionel Richie, Sheryl Crow, and two Dire Straits albums with long-time collaborator and band frontman Mark Knopfler. 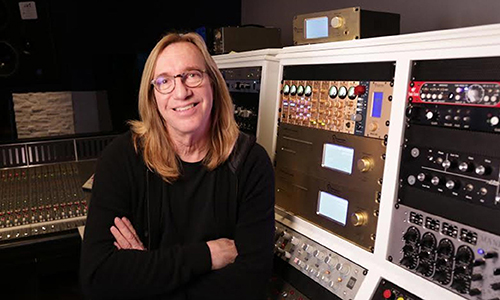 Ian Rogers graduated from Goshen High School in 1990. While a student at Indiana University Bloomington, the Beastie Boys hired him to tour with the band and develop their website.

Rogers went on to become general manager for Yahoo Music. Over five years with music marketing company TopSpin, he worked with artists including Trent Reznor, Paul McCartney, and Eminem. And as an executive at various music companies — CEO of Beats and senior director at Apple — Rogers was instrumental in establishing the consumer market for digital music distribution. 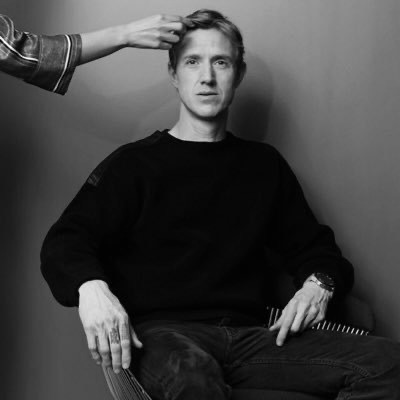 The Curtis legacy, however, is songwriting.

Rick and Michael contributed music and vocals to Crazy Horse’s album 1972 album, At Crooked Lake. They went on to record demos with Stevie Nicks and Lindsey Buckingham and wrote the song “Blue Letter,” which appeared on Fleetwood Mac’s self-titled 1975 album. They also wrote “Seven League Boots,” which was revamped by Stephen Stills as the 1982 hit “Southern Cross” for Crosby, Stills & Nash. The Curtis Brothers also recorded an album released by Polydor in 1976.

Carrie Newcomer, who attended Goshen College, has been called many things: “a soaring songstress” by Billboard and “rapturously tuneful” by Rolling Stone. She has released 19 solo albums, and her first musical, Betty’s Diner: The Musical, was produced by Purdue University in 2015.

Newcomer made The Chicago Tribune’s list of the top 50 folk artists of the last 50 years and Boston’s WUMB radio station’s Top Most Influential Artist of the past 25 years. Folk Wax Magazine awarded her both Artist of the Year and Album of the Year in 2003 and 2007, respectively.

Her voice is equally respected on issues related to human rights. Newcomer has served as a cultural ambassador to India, traveled to Kenya on behalf of the Interfaith Hunger Initiative, and visited organizations focused on non-violent conflict resolution in the Middle East. In 2016, Goshen College awarded Newcomer an honorary degree, Bachelor of Arts in music for social change, the college’s first.

She continues to make her home in the state, performing frequently in the Goshen area.

J Sider, who attended Goshen College, is the founder of BandPage, an online platform designed to help musicians build a presence, post content, and connect with their fans. According to the company’s website, BandPage boasts more than 500,000 musicians using the service. Sider’s success hasn’t gone unnoticed. He has been named to “30 Under 30” lists at Inc. Magazine, Billboard, and Forbes.

YouTube acquired BandPage in 2016; Sider continues to serve as CEO.

Lapp was a founding member of Double Barrel Darrel and Goldmine Pickers, and is currently a mandolin player and vocalist with Americana roots band The Steel Wheels.

Find The Steel Wheels on Spotify and Apple Music.

In 2002, Today Show viewers voted former Goshenite Dan Gardner “Today’s Superstar” in the program’s Music Icon talent search, boosting his television, radio, and concert career. He released two albums and his single “More Than Life” was a hit on the adult contemporary chart.

Reuben Gingrich is a drummer, composer, and producer who performs with funk/rock/soul ensemble The Main Squeeze. The band has played at festivals including Bonnaroo and Gathering of the Vibes.

Find The Main Squeeze on Spotify and Apple Music.

A graduate of Goshen High School and Goshen College, Anna Montgomery is a songwriter, recording artist, and session vocalist.

Her solo discography includes Lyin’ in the Face of Love, The Lean, and Triple Seven. Montgomery was an opening act and backing vocalist for Grammy Award-winning Shelby Lynne, and appeared on The Ellen Degeneres Show, Late Night with David Letterman, and The Tonight Show with Jay Leno.

In 2014, Goshen native and Goshen College student Ethan Setiawan was named the national mandolin champion at the Walnut Valley Bluegrass Festival. In May 2015, he was one of the featured performers in Garrison Keillor’s “A Prairie Home Companion” live recording at Goshen College. While at Goshen College, Setiawan participated in folk trio Theory Expats with classmates Sadie Gustafson-Zook and Andrew Pauls.

Since Goshen, Setiawan found his way to Boston, where he completed his Bachelor of Music degree in 2019 at Berklee College of Music. Apart from working on his solo music, he has also been involved in several projects in Boston, including Corner House, the Harmolodic String Band, and the Band of Friends. Setiawan is currently based out of Maine.

Goshen native Austin Wulliman was a violinist with the Chicago-based string ensemble Spektral Quartet before moving on to become a part of JACK Quartet in New York City.

As a young musician, Wulliman trained with the Goshen College Strings Preparatory Program, a precursor to the Community School of the Arts.

Listen to JACK Quartet on Spotify and Apple Music.

Jiménez is an audio engineer and bassist. In addition to running sound at Ignition Music Garage and Goshen College, he has worked alongside big-name artists including Marc Scibilia, Gretchen Wilson, Big and Rich, Phil Keaggy, and Jewel. 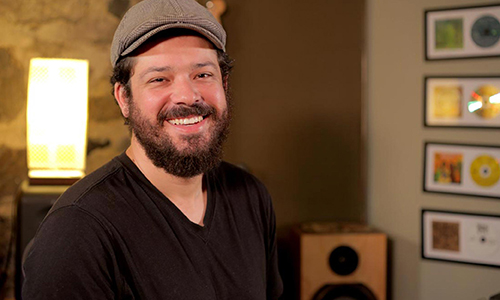 Jeff Massanari is a recording and performing guitarist and instructor now based in California. The jazz player is also adept at blues, rock, fusion, and country stylings. Massanari’s albums include Groovework (2006) and Hip Flip! (1996).

Listen to Massanari on Spotify and Apple Music.

Holsopple – who graduated from Goshen College with an interdisciplinary degree in music, women’s studies, and anthropology – resides in central New York state and has performed all over the United States. A three-time winner of the New Song Contest at the Walnut Valley Festival in Winfield, Kansas, she has also performed at the SXSW Music Festival. Her discography includes Drop of Water (2005), Unless (2008), and From The Earth (2010).

Check out Holsopple on Spotify and Apple Music.

Pittsburgh Magazine lauded Yoder – who graduated with a bachelor’s in music from Goshen College – as “ruling the Pittsburgh coffeehouse scene.” Yoder’s music has been featured on CBS’ “NUMB3RS” and NPR’s “Car Talk,” among other programs. His albums include Someday or Never (2007) and Excellent Trouble (2010).

Check out Yoder on Spotify and Apple Music.

Sadie Gustafson-Zook is a versatile singer, guitarist, and contagious songwriter. Goshen-grown, Boston-nurtured, and Nashville-based, she performs at folk venues and festivals around the country, has been featured on podcasts including Basic Folk, and is a Kerrville New Folk finalist.

Gustafson-Zook studied music at Goshen College, where she formed the folk trio Theory Expats with classmates Ethan Setiawan and Andrew Pauls. She went on to complete a master’s degree in jazz and contemporary music at Boston’s Longy School of Music.

On her debut album, Melange, Gustafson-Zook is backed by her parents, folk musicians, and Goshen locals Les and Gwen Gustafson-Zook. Her song “Unless I Loved”  took top honors in 2011 in the New Song Showcase at the Walnut Valley Festival in Winfield, Kansas. The then-junior at Bethany Christian High School was the youngest person to win the first-place award at the showcase.

Pittsburgh-based songwriter/performer and Goshen College alum Heather Kropf incorporates jazz and Americana influences into her pop songs. Her most recent albums include Chrysalis (2014) and Lights (2017).

Listen to Zolopht on Spotify and Apple Music.

Emily Rodgers is a Concord High School and Goshen College graduate. “Rodgers has one of those haunting, unforgettable voices that radiates with a surreal beauty,” raves NPR’s All Songs Considered. Pittsburgh City Paper dubs her sound, “a brand of post-rural, ethereal alt-country drenched in primo melancholy and reverb.”

Listen to Rodgers on Spotify, Apple Music, and Bandcamp.

Known under his stage name, “lil aaron,” Aaron Puckett grew up in Goshen. Now in Los Angeles, Puckett found his way to a songwriting career.

Listen to lil aaron on Spotify and Apple Music.

Indie folk musician Anna p.s. grew up in Pennsylvania but found her way to Goshen when she started at Goshen College in 2006. Anna started her career as an audio engineer. She also was a member of the indie rock band Shiny Shiny Black until 2014. Her  solo career began in 2014, and she has released two solo LPs, Umbrella (2016) and In The Void (2019).

Goshen has been intertwined into various parts of Anna’s creative career, including some work at the Goshen Theater. She continues to live and create in the Goshen area.

You may know Ted Yoder from when his 2016 rendition of Tears for Fears’ “Everybody Wants to Rule the World,” played on the hammered dulcimer, went viral, putting Goshen on the map. You may not have known that Yoder has been honing his musical talent since 2010. He primarily covers songs but also has some originals.

While his viral video has pulled Yoder to far-off places, he still calls Goshen home. He has recorded several LPs of his enchanting hammered dulcimer music, including Comfort and Joy (2010), Ted Yoder (2015), Songs from the Orchard (2017, featuring “Everybody Wants to Rule the World”), and, most recently, Lean In and Shadowlight (both 2020).