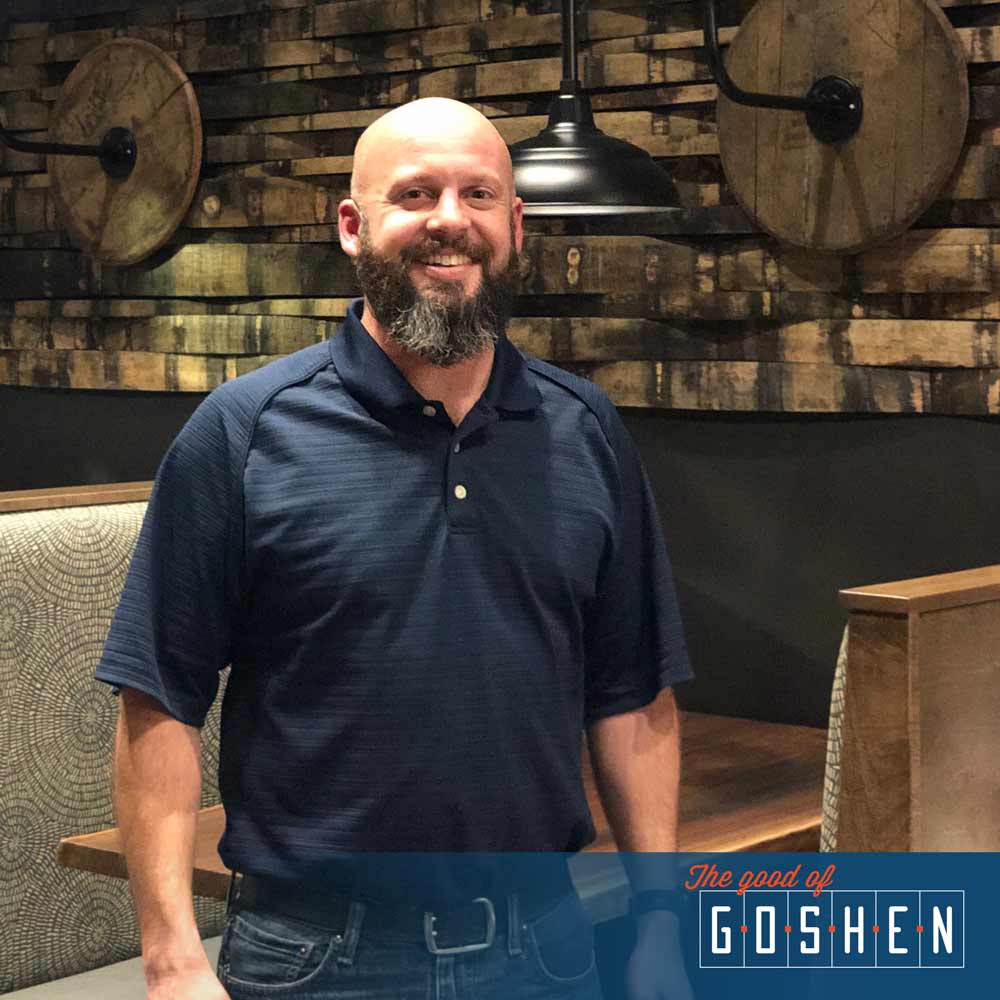 Front of House Manager, The Oasis

A lot of people are asking when we’re opening. I can’t tell you a date, but I can say that things are moving along. We want to get it right when we open. We won’t open until we’re ready. I want the staff to be trained right.

We’re going to have several soft openings, and if there are issues, we’ll come back, regroup, and retrain. We want to do this right for the community.

I didn’t really understand how much The Oasis was a part of the Goshen community until I took this job. People used to come here before football games for family dining. Then they’d go to the game, and after, the parents would come back for drinks. We are excited to get back to that.

Some of the menu items will be the same, but some will be different or some weren’t carried over. This is The Oasis, but it’s new as well. We want to update things a bit. We had decisions to make, and I think the chef did a good job of balancing that. I’m excited to have the public try it.

I started working in the industry at Harrison Landing in January of 2002. So, 17 years, plus prior to that I had worked at a pizza joint in Bloomington. So, maybe 19, most of those in Elkhart.

I haven’t been to enough places in Goshen yet but I’m excited to try more things around town. It’s been fun learning Goshen. I’ve been to GBCo, of course, and I had been there before but maybe only a couple times. I’ve been there probably eight more times in the last two months. Oh, and Los Primos! I went by there and I thought, ‘I have to check that out sometime.’ I went in and didn’t know what to expect. I got some tacos there once and then had to go back the next day for something else. That was tasty.

Man, I look forward to start running in this town too. The paths, I like bicycling down here occasionally. I come all the way down and hit the Pumpkinvine. A couple times I biked all the way from Elkhart down here. The trails and stuff in this city look pretty nice, so I need to start participating in that running community a little more once things settle down here and we’re open.

When I worked in Elkhart at 523 Tap & Grill and it would be slow, it seemed like it was real easy to blame something going on in Goshen. I was always like, man, I really wish I wasn’t working. I wish I was down there – First Fridays especially. I was always envious. Now, I’m here.

You know, when the community has a place they’re excited about, a place they expect good things from, that’s a challenge, but it’s a challenge that I’m excited to meet. I’m looking forward to getting to know the people here more and make sure that they have a good time here. We’re going to get it right.