John Mishler – The Good of Goshen 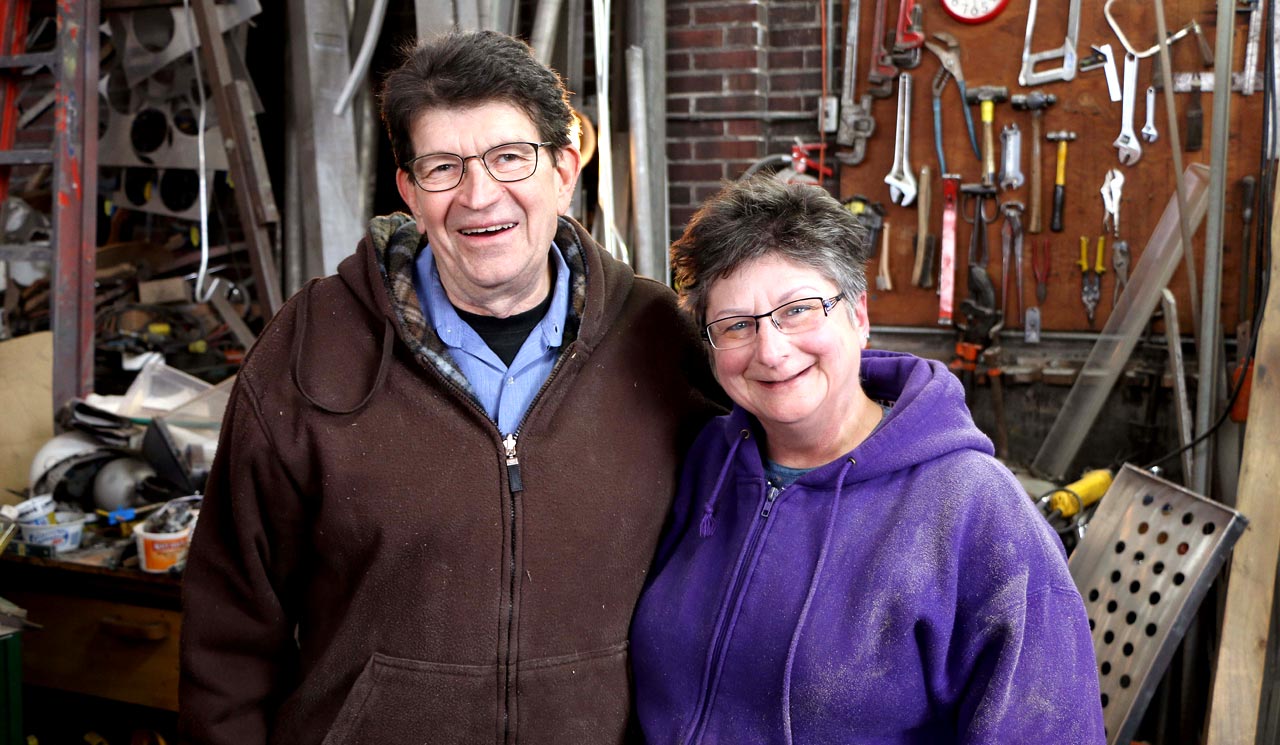 Artist friends from Chicago have tried to convince John Mishler (GC ’72) for years to move his studio and home to Chicago. But he has remained in Goshen and is now seeing artists from those larger metropolitan art hubs wanting to come to Goshen.

Those in the area may have seen John Mishler’s massive moving, metal sculptures on the Goshen College campus or in the city’s Powerhouse Park. They may have seen one of the sculptures in downtown Elkhart or a little further away on Purdue University’s campus.

Mishler’s one-of-a-kind sculptures dapple northern Indiana and southern Michigan, with others stationed across the country. He has works in many public and corporate collections such as ESPN Zone (Chicago), Andrew Corp. (Orland Park, Ill.), and the University of Wisconsin campus.

A few pieces also stand in Canada, France, and Bulgaria. John has had artwork on exhibit in an even longer list of locations.

While his work is spread across the U.S., each piece originated in Goshen.

“I find this place to be a great place to live and work,” he said. “It’s economically cheaper to live here than the big cities, but the big cities are nearby.”

John grew up in nearby Elkhart, then went to Hesston College in Kansas, where he took a sculpture class, later continuing his interest in 3-D art at Goshen College, where he graduated in 1972. After earning his Master of Fine Arts degree from the University of Tennessee in 1977, he returned to Goshen, setting up a basement workshop at Peddler’s Village off of U.S. 33. Since 1991, he has worked in a studio at the Old Bag Factory, though most of his work is commissioned and not sold right out of the studio.

His interest in kinetic sculpture — “That’s kind of been my trademark,” he said — started after a Chicago gallery owner urged him to try his hand at moving pieces and after John helped famous kinetic sculptor George Rickey with a show. 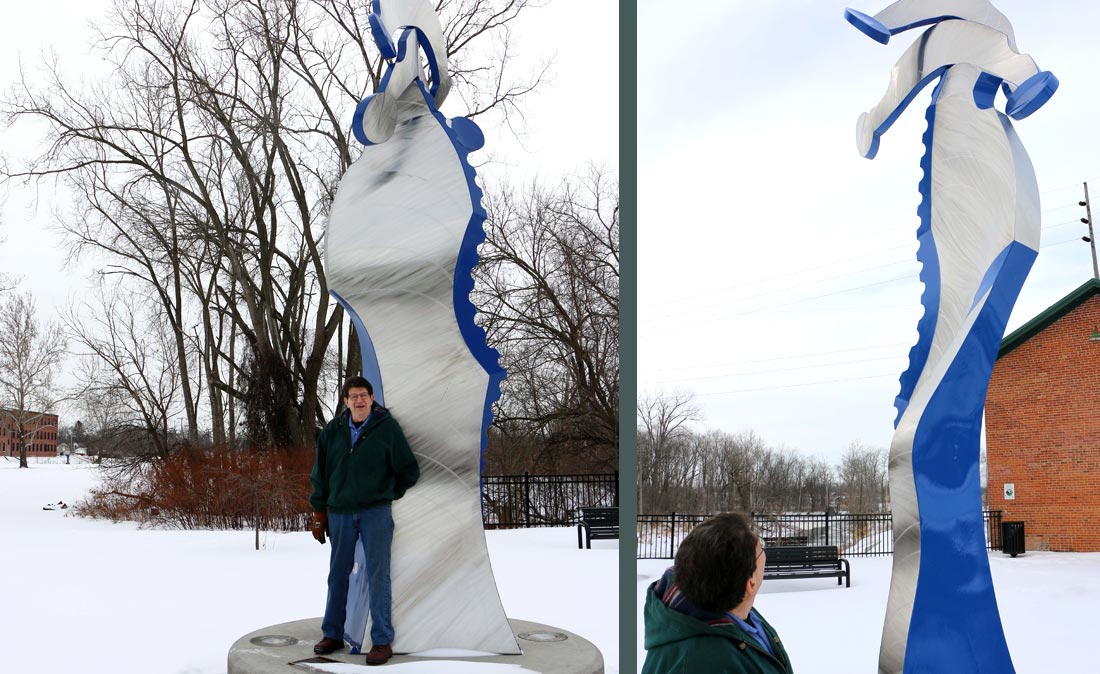 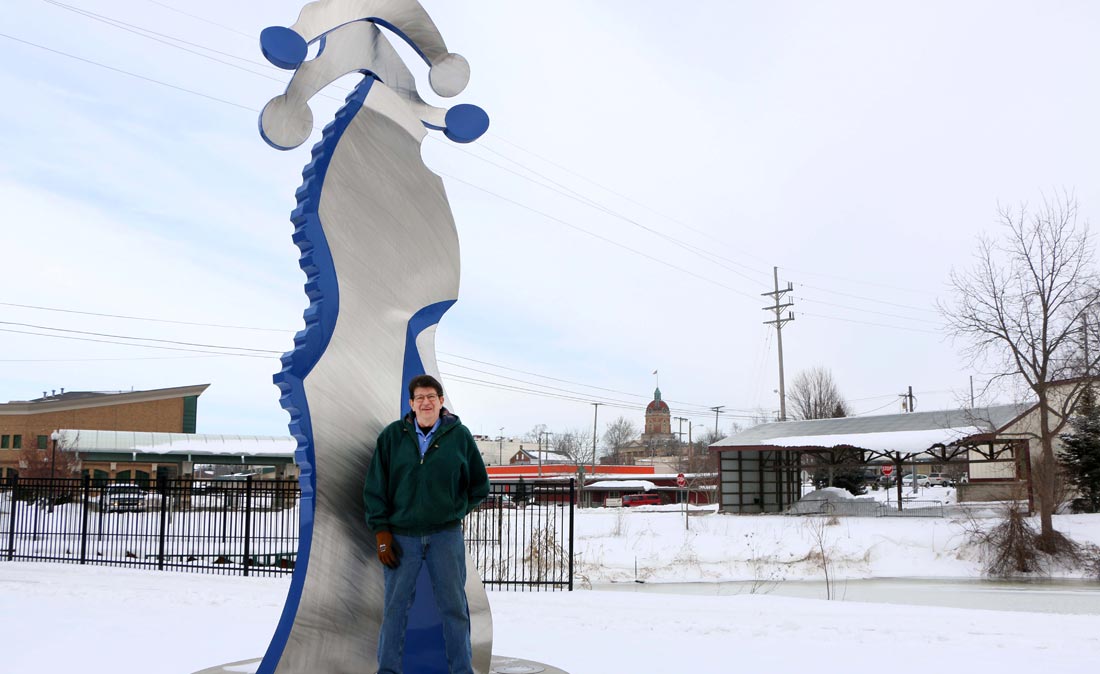 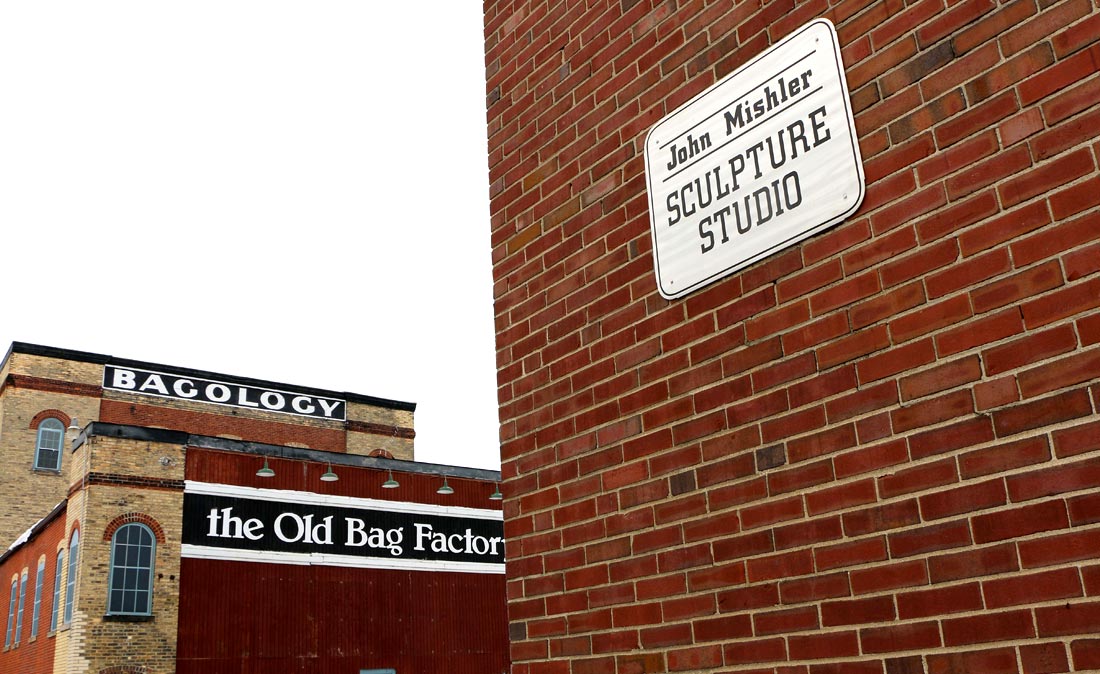 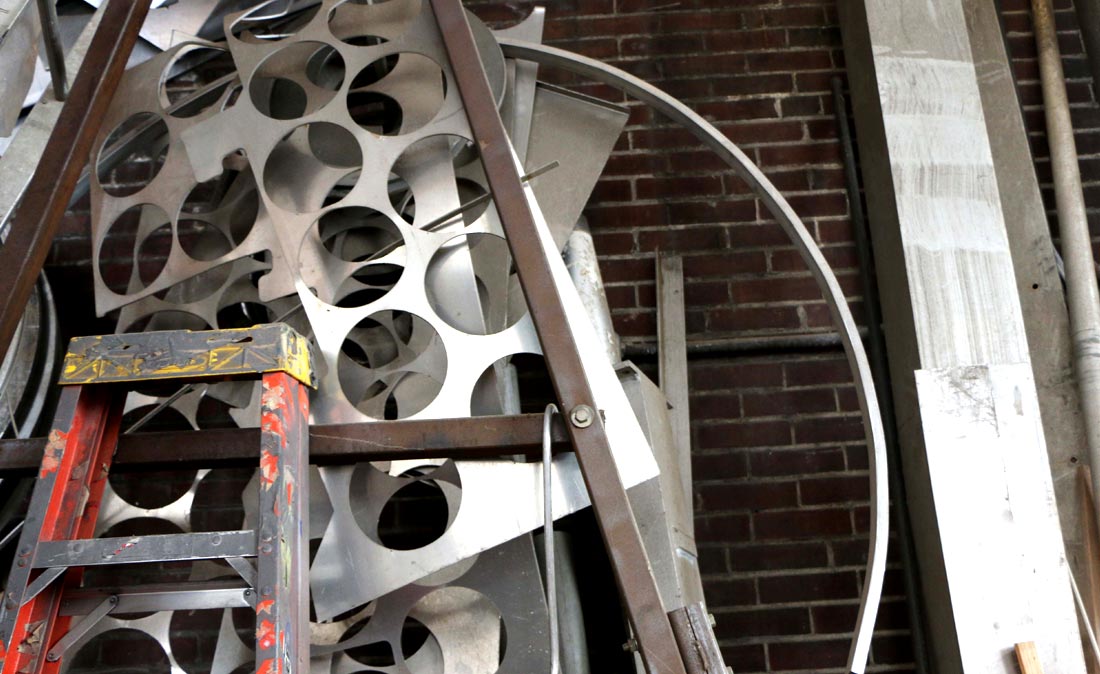 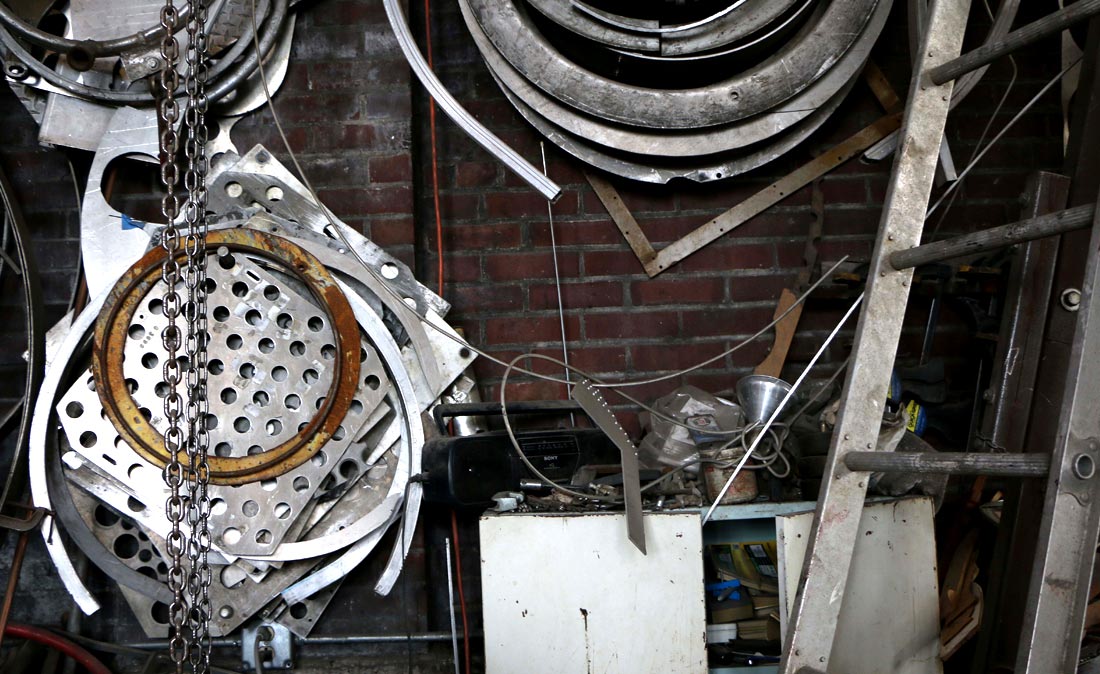 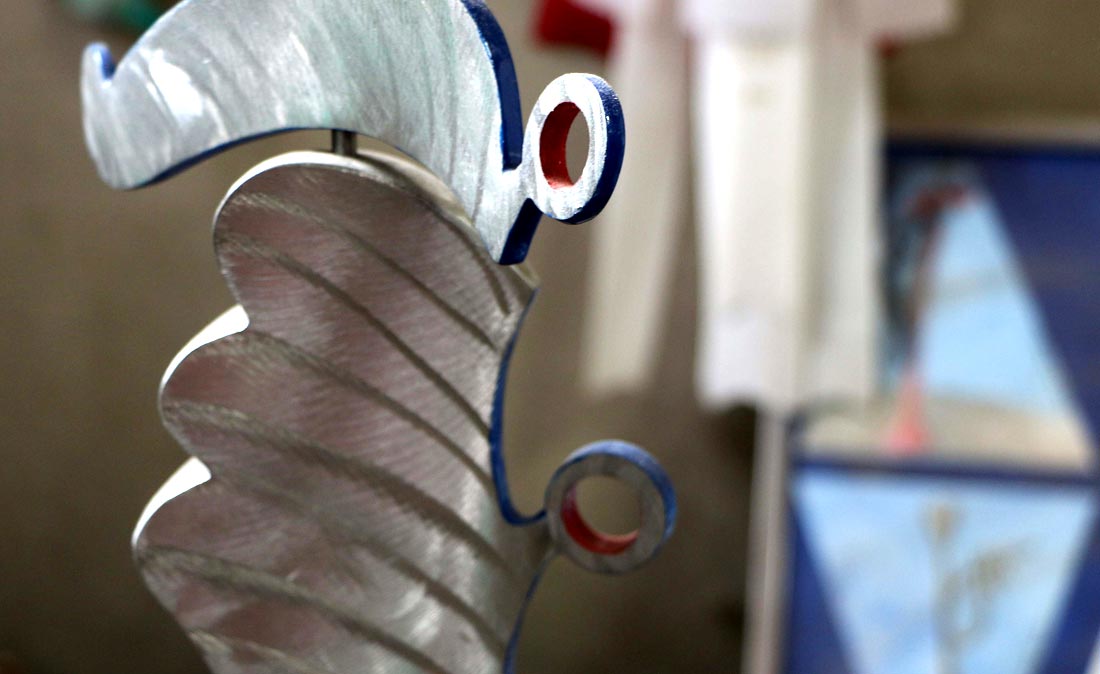 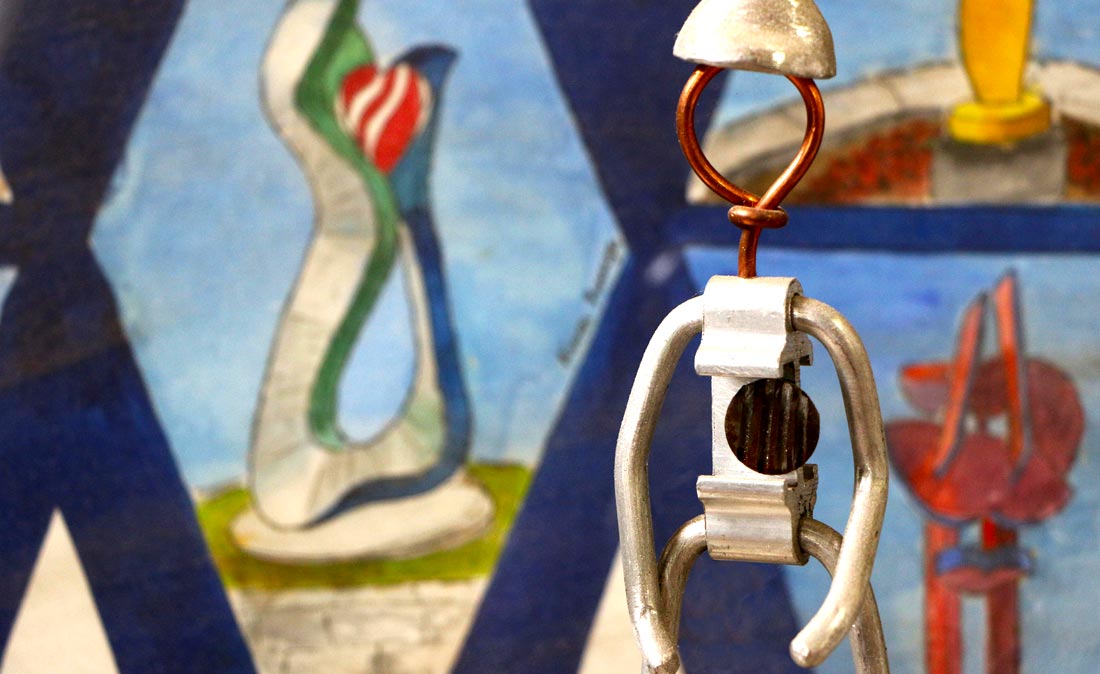 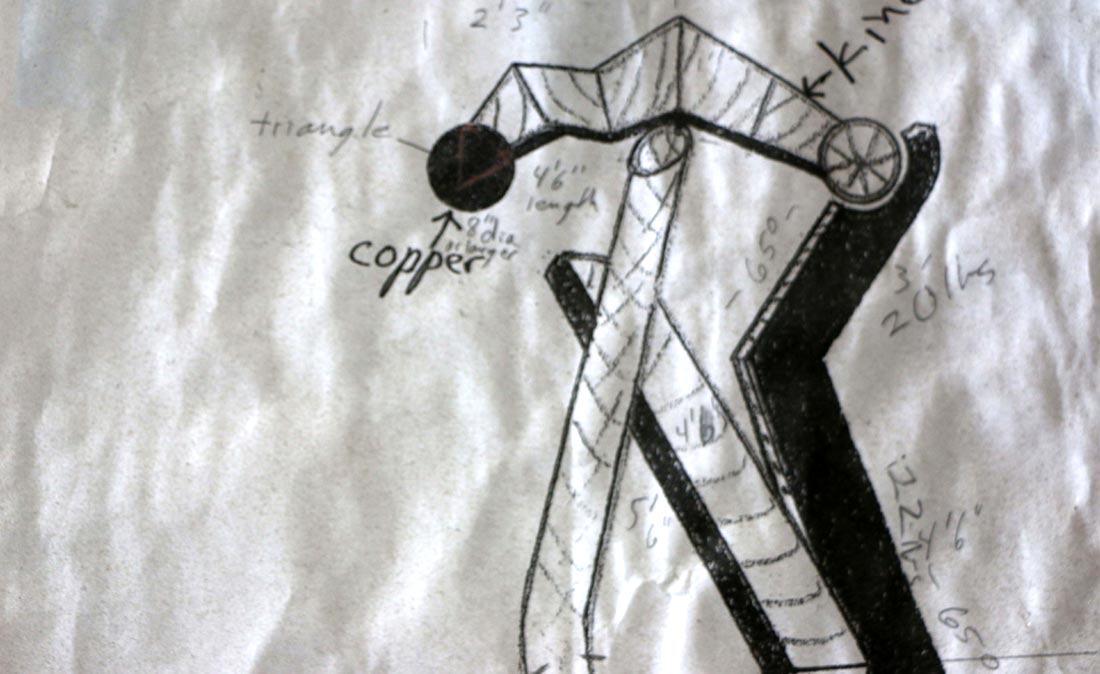 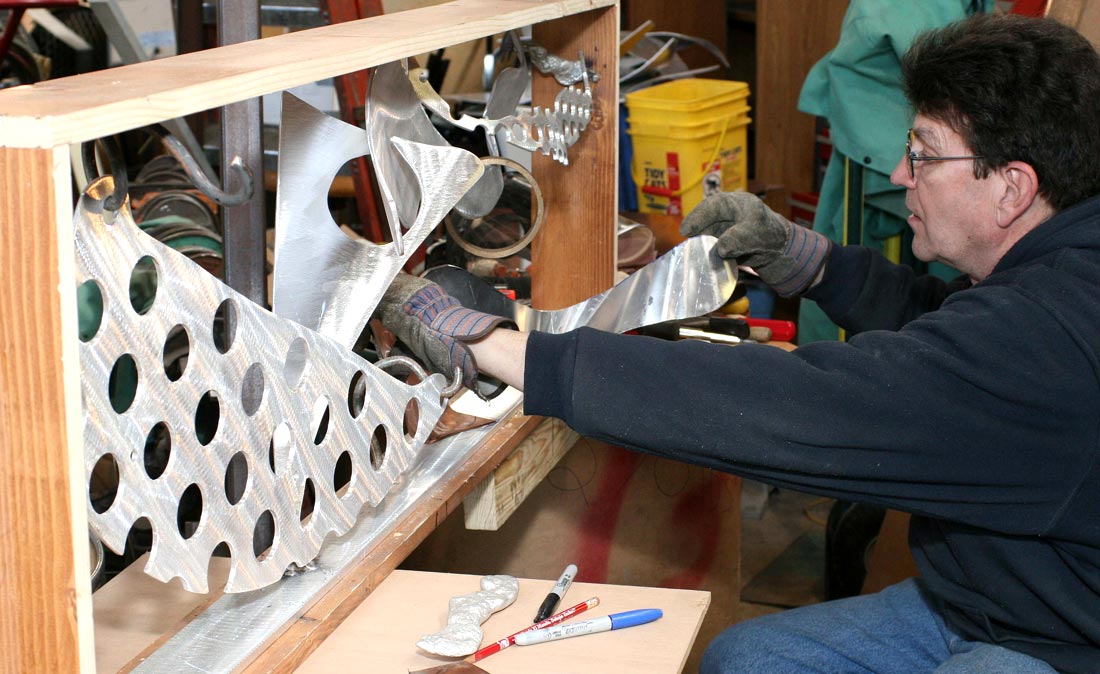 Through his 30-some years in Goshen, he has seen art grow in the community. More artists are coming here. As an adjunct art professor at Goshen College since 1985, he has also seen more young artists staying in the area.

For an artist that works with large pieces of metal, being so near the manufacturing industry has been a plus. All of his suppliers are in the area. Some of his sculptor friends from Chicago come to the Goshen-area to have pieces powdercoated, he said.

Together, they’ve enjoyed making Goshen their home and raising a son here.

“It’s changed quite a bit over the years,” he said, “and Goshen has become sort of known as having a community of artists.” 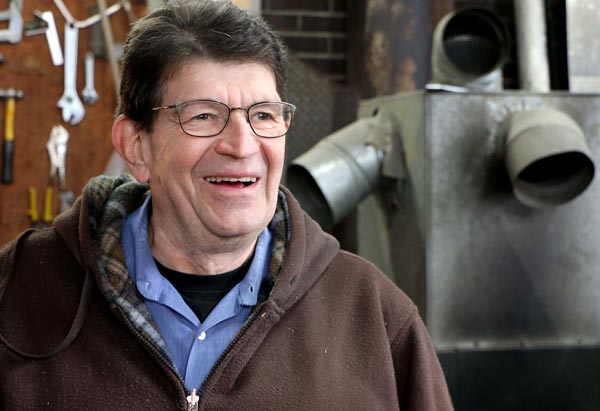 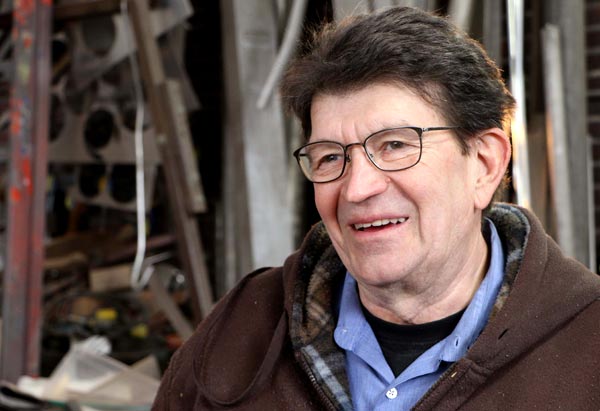 “It’s paid off to stay in Goshen.”