Promoting Health In All Its Forms

Julia Gautsche • The Good of Goshen 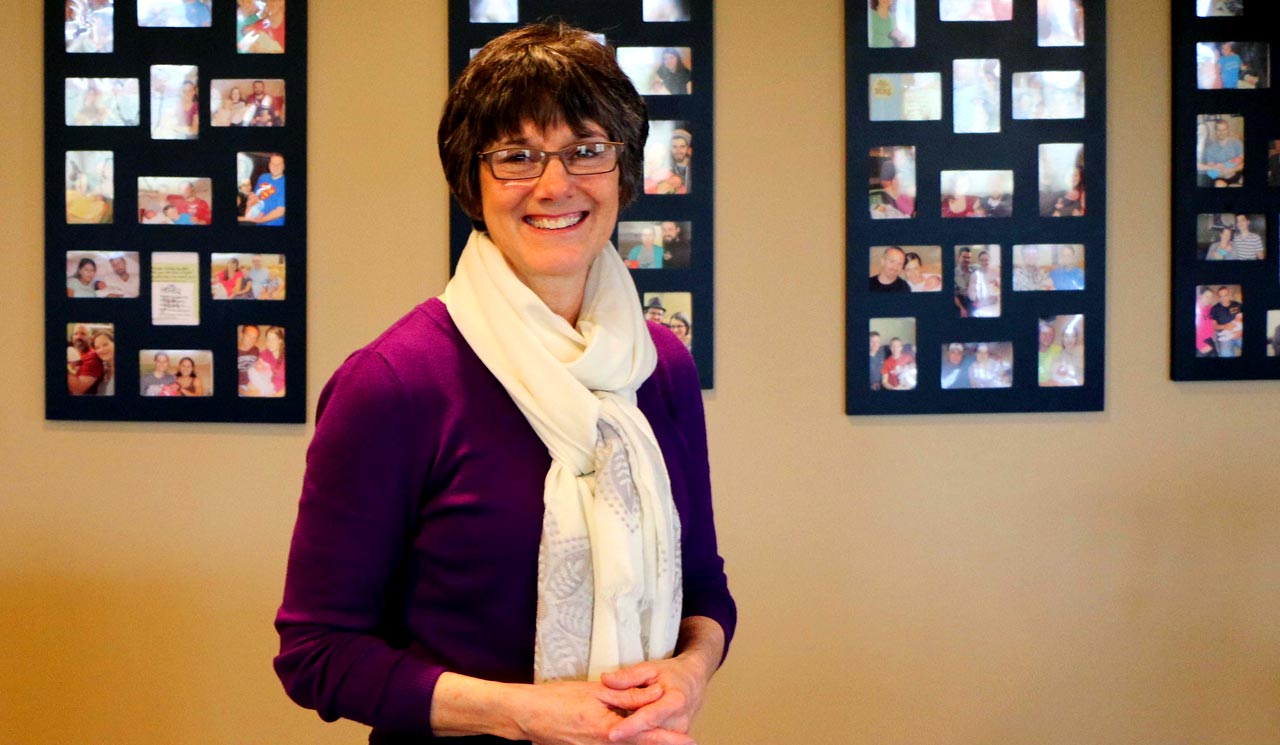 Julia Gautsche has two jobs. In one, she has helped deliver 1,218 babies for local mothers. In the other, she has worked to pass hundreds if not thousands of laws to help better the community.

If you hadn’t guessed already, Gautsche is both a nurse midwife and a city council member — two positions that may seem, on the surface, completely different. If you ever ask Gautsche about it, though, she’ll insist that they’re seamlessly connected.

Gautsche has always had a passion for health, but throughout her life it’s taken different forms. In the 1970ss, Gautsche came to Goshen to study nursing at Goshen College. After graduating, she moved to Indianapolis for graduate school — only to return a few years later when her husband, Larry, accepted a job with ADEC, Inc. It was then that she began a position as a nurse practitioner at Fairhaven OBGYN in west Goshen, where she has been working in a variety of positions ever since.

“Fairhaven is so unique because of the collaboration between nurse-midwives and physicians,” said Gautsche. “When the needs of the women require physician care, midwives are able to consult, collaborate with, or refer to one of the Fairhaven physicians and provide continuity of care.”

“I first became interested in nursing because it was my mother’s profession and I observed her passion and commitment,” said Gautsche. “After graduating from nursing school, I took a position in obstetrics and found I enjoyed caring for mothers, babies, and families during labor and birth ‒ and also teaching childbirth education classes.”

While raising a family and working at Fairhaven, Gautsche also began dabbling in legislation She was asked to serve as a representative on the Indiana State Nurse’s Association legislative committee working to pass bills for nurses at the state level. The process was complex, sometimes tedious, and required plenty of collaboration and patience. Gautsche loved it.

“I really enjoyed the legislative process ‒ the give and take and the conversation that it takes to get a bill passed,” said Gautsche. “It doesn’t really take a lot of people, just a small group of committed people who are willing to educate others.”

So when a spot opened up on the Goshen City Council in 2003, Gautsche decided to jump.

“I had an interest in the city and in the legislative process, so I decided to throw my hat in,” she said. Through door-to-door campaigning ‒ along with her sharp wit, good humor, and determination ‒ Gautsche won, and she’s been serving Goshen’s 4th District ever since.

On the City Council, Gautsche isn’t working primarily on state bills like she did in her previous legislative work. Instead, she listens to the voices in her district and in the city, and works to pass bills based on their needs.

“In Goshen, it is easy to learn to know people.”said Gautsche. “We are small enough to know each other. People feel comfortable to call me and ask questions and give me their opinions. I enjoy talking to people and hearing what they like about Goshen, and I try to help them the best I can.” 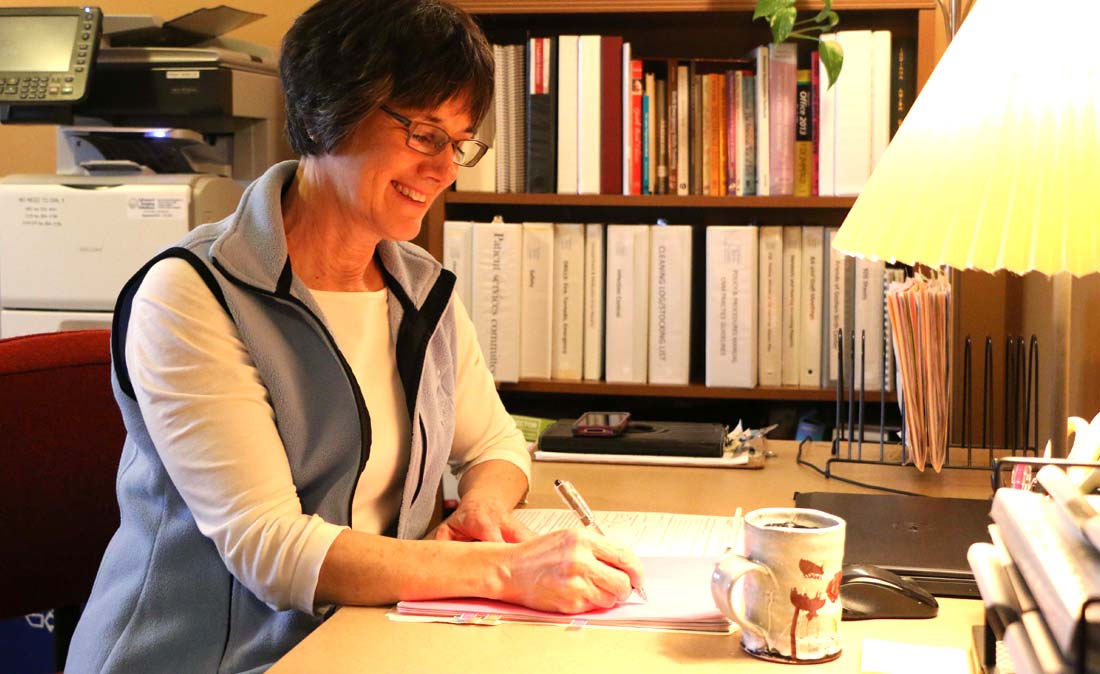 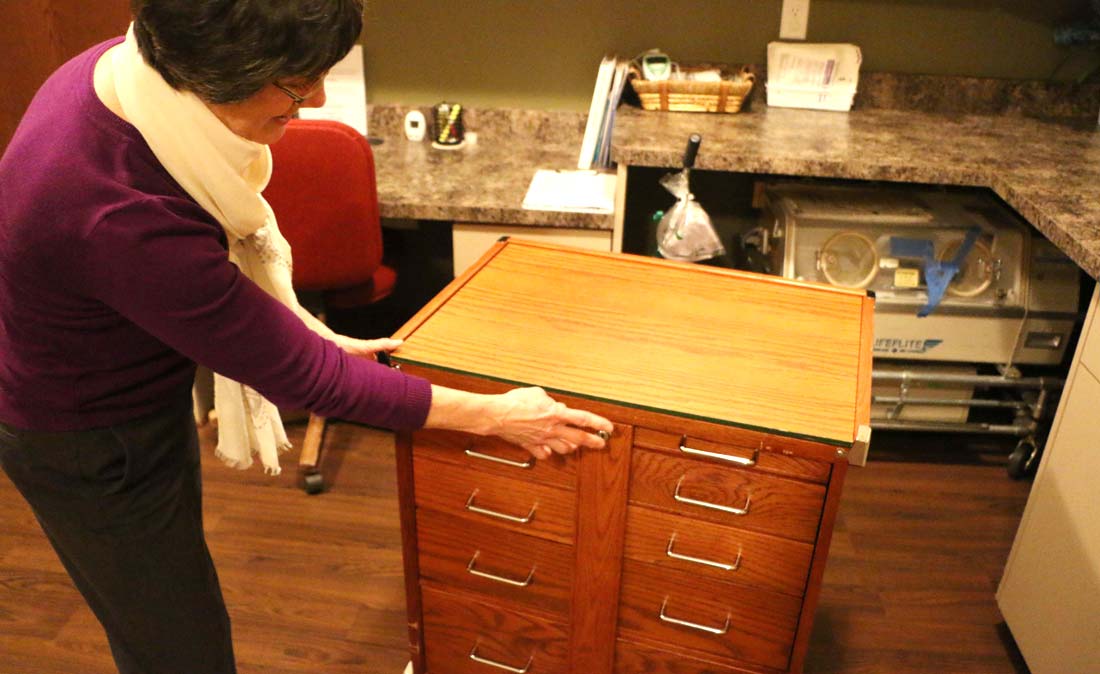 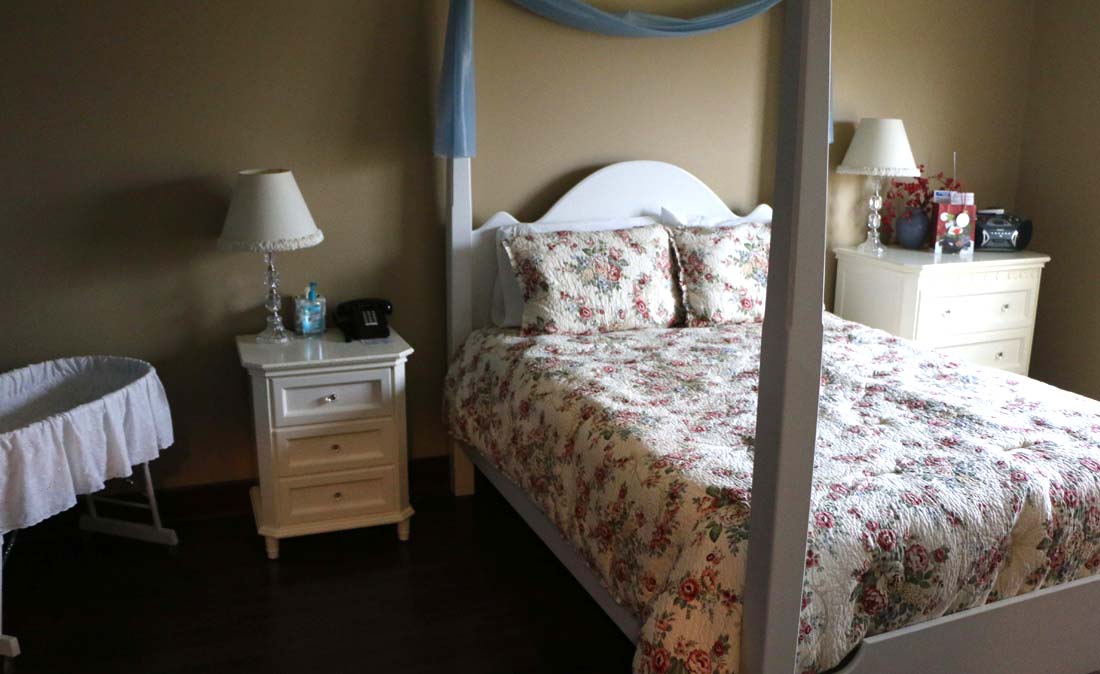 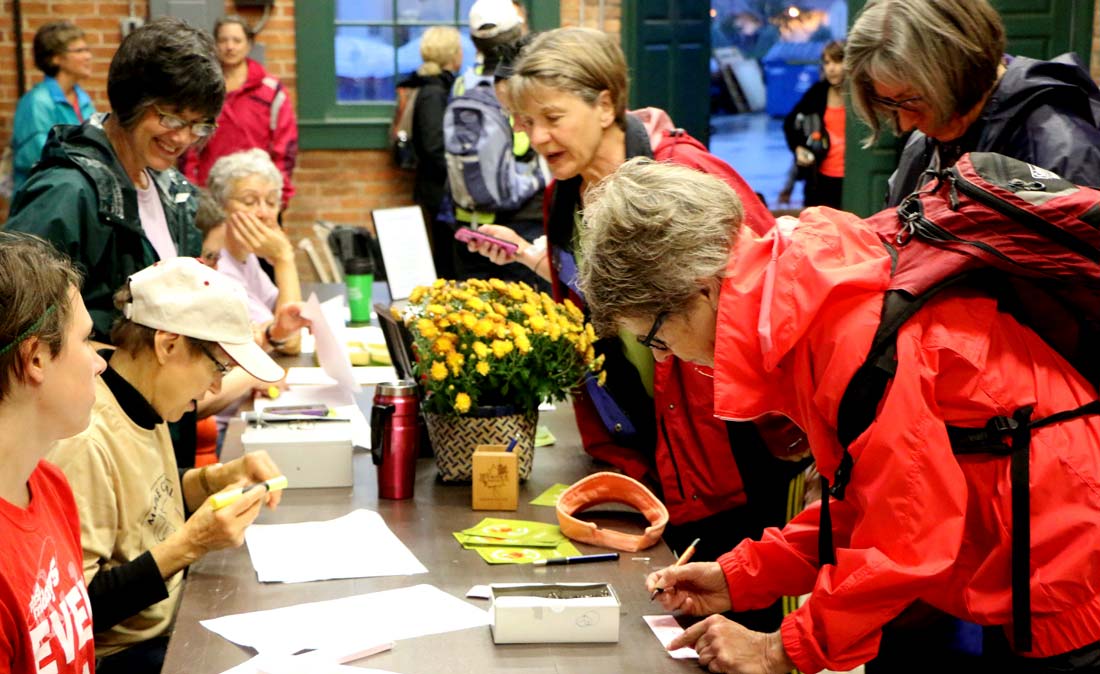 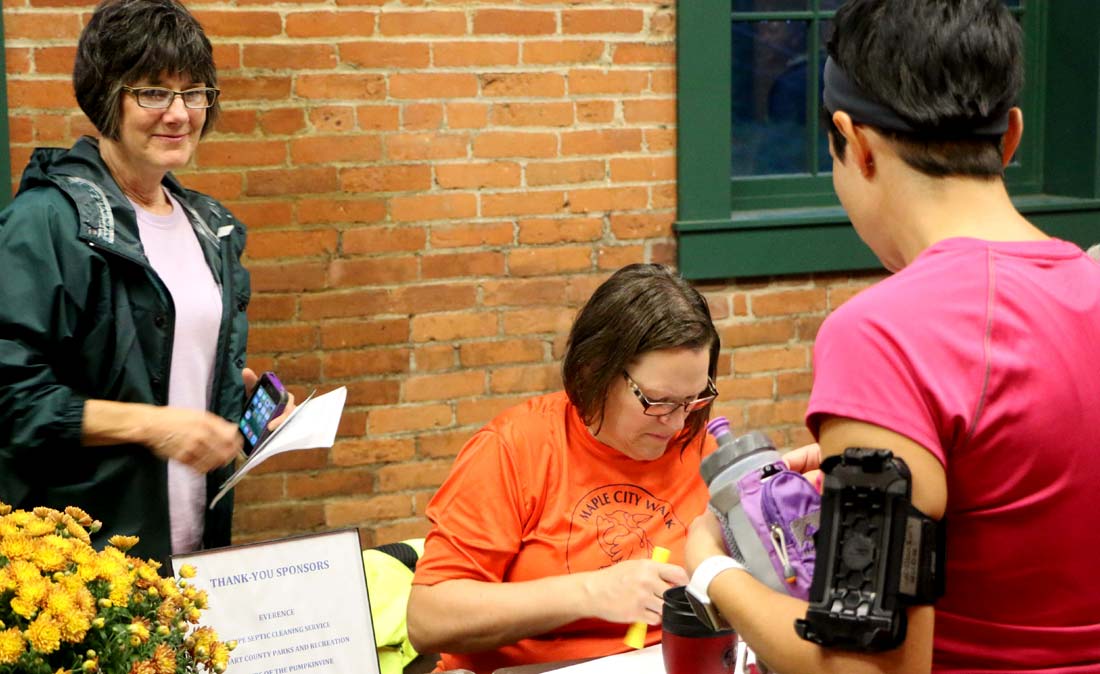 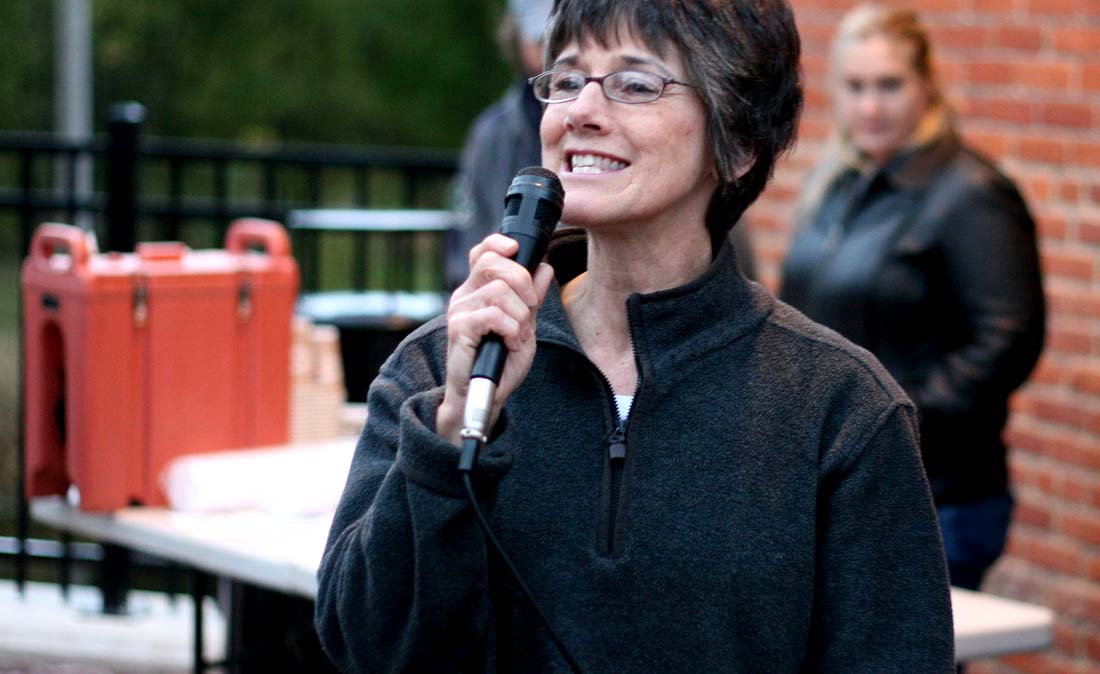 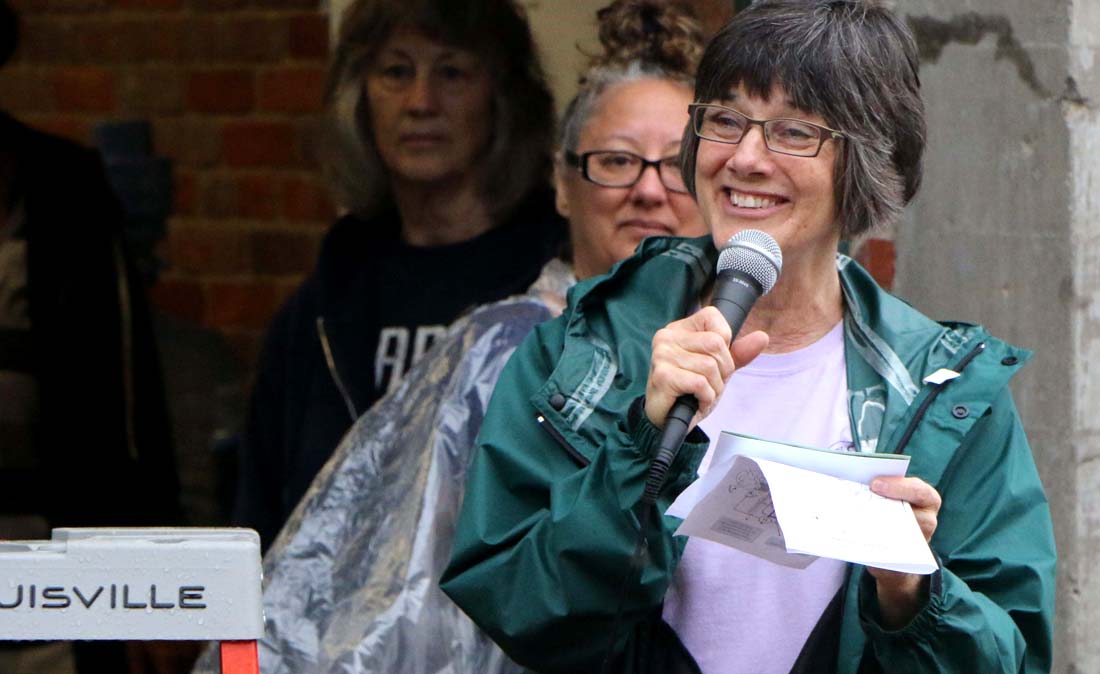 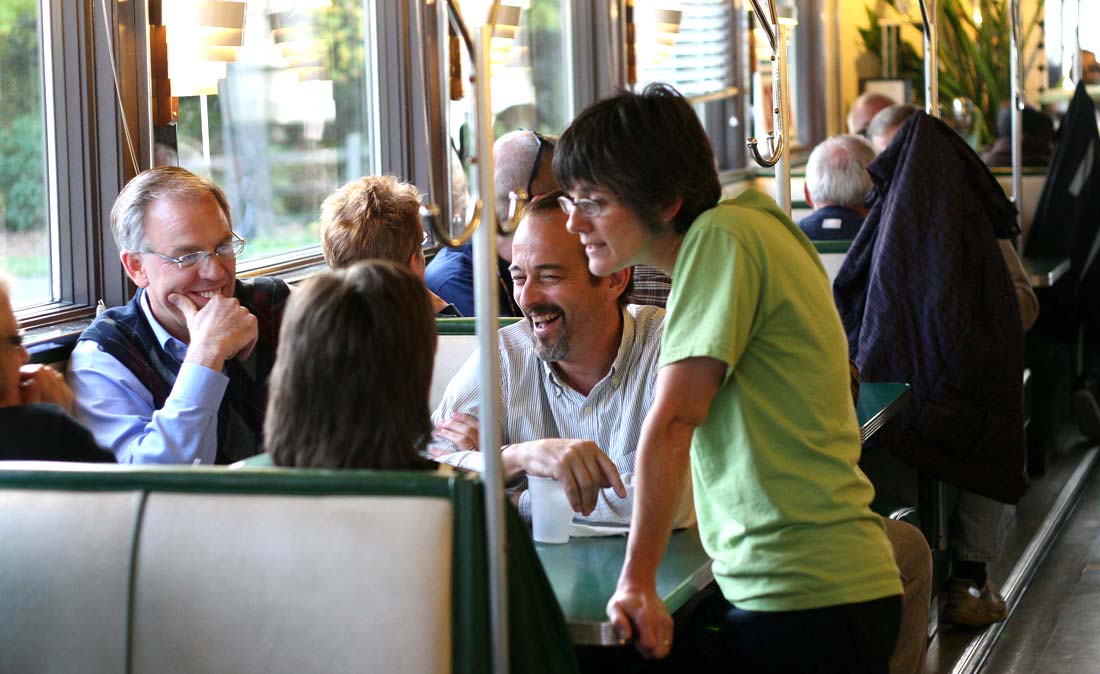 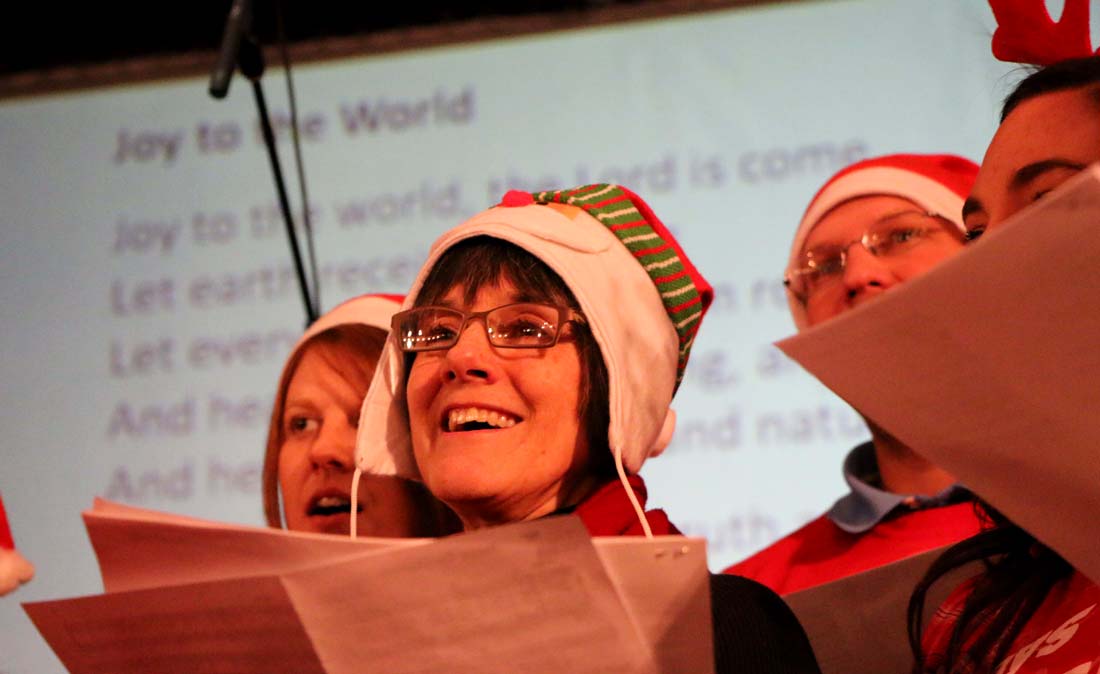 Gautsche wants to encourage the positive energy that makes Goshen a great place to call home. What does this look like? She works for neighborhood improvement, collaboration on transportation projects, planning for infrastructure that attracts business, and providing quality of life/quality of place — like more walkability, better bike access, preservation of green space and, in general, healthier neighborhoods.

And for the people in District 4, which surrounds downtown Goshen and extends south to College Avenue, keeping the downtown vibrant is a top priority.

As part of Gautsche’s interest in health, she has helped coordinate the Maple City Walk, an annual long-distance walk along Goshen’s nature trails ‒ ranging from a 10K to a half marathon to a full marathon. There is only one other long distance walk of this size in Indiana, on the Cardinal Greenway in Muncie.

Gautsche first began developing the idea for a long-distance walk after being inspired by a conversation with a neighbor who grew up in the Netherlands. He mentioned that his hometown hosted a marathon walk.

“For four days in a row, people come from many different countries to walk in a challenging athletic event, said Gautsche, remembering her neighbor’s story. “It is such a great thing for the community.”

Together, Gautsche and her neighbor implemented the Maple City Walk, which celebrated its seventh year in 2015. Now, walkers from all backgrounds and health levels participate in the event every September.

“I had three goals for the walk,” said Gautsche. “I wanted to highlight downtown Goshen, showcase the Maple City Greenway and the Pumpkinvine Nature Trail, and encourage people to walk for health. It combines my health background with my city work.”

In whatever role Gautsche plays from day to day, her goal remains true: She lives to help the people of Goshen thrive. 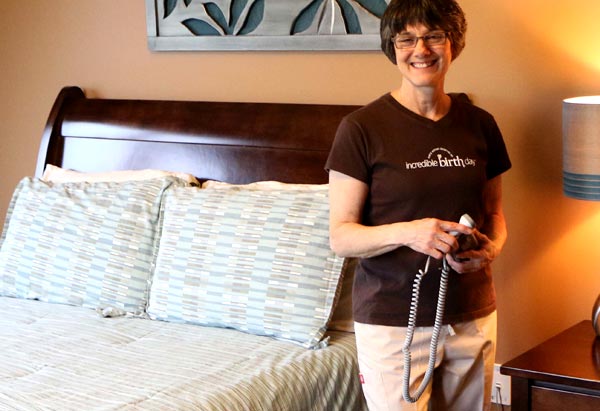 “Fairhaven is so unique because of the collaboration between nurse-midwives and physicians.”