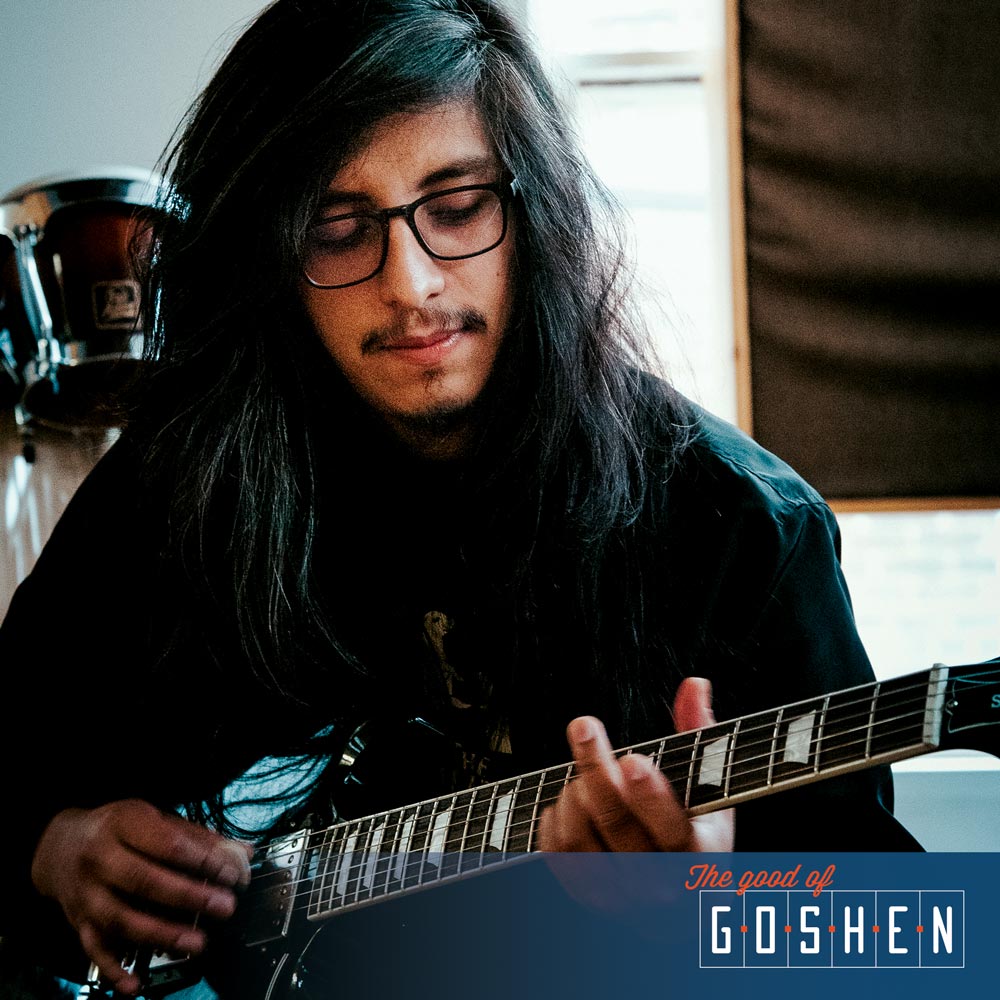 My dad moved to Goshen in 2000 when the RV industry was really booming, and my mom came shortly after. I was almost 15 then. At that age, it was really hard to move from another country. I missed a lot of my friends and I didn’t know any English at all. At that time, I met now-current band member Sonny Carreño through Goshen Community Schools ENL program. Sonny and Mr. Prieto started teaching me English. Sonny and I bonded over The Beatles, probably my all-time favorite band. Music helped with the difficulties and frustrations of the language barrier. I didn’t have a ton of friends and couldn’t get to as many places with public transit so I focused a lot on my instrument. I played pretty much every day and usually for hours.

I’ve never had any other career goals than being a musician when I grew up. My dad is a musician and my grandpa on my mom’s side is a Mariachi musician. I was mesmerized by them. Playing with them, watching them play – It was super fascinating to watch them jump from instrument to instrument. It’s funny but I didn’t even know that my dad was a musician because he worked all the time. But then people started putting pictures of him on Facebook being in a rock ‘n’ roll band.

The first record we released was in 2012 but I’d say our “real” first record was just last year. Some days it feels like you have to pay to play instead of the other way around, but Goshen has been so supportive of us. The community really values the arts and Goshen always feels fresh to me. Goshen went from being a drive-through town to a place where people come to hang out.

When you come from another country to the U.S., you see a lot of things in the media that you fear are true. But Goshen is this little place in the middle that isn’t like that. Goshen has this shield of awesomeness. I attribute a lot to Goshen College for being welcome to everyone from wherever they are.