Kimm McKallips • The Good of Goshen 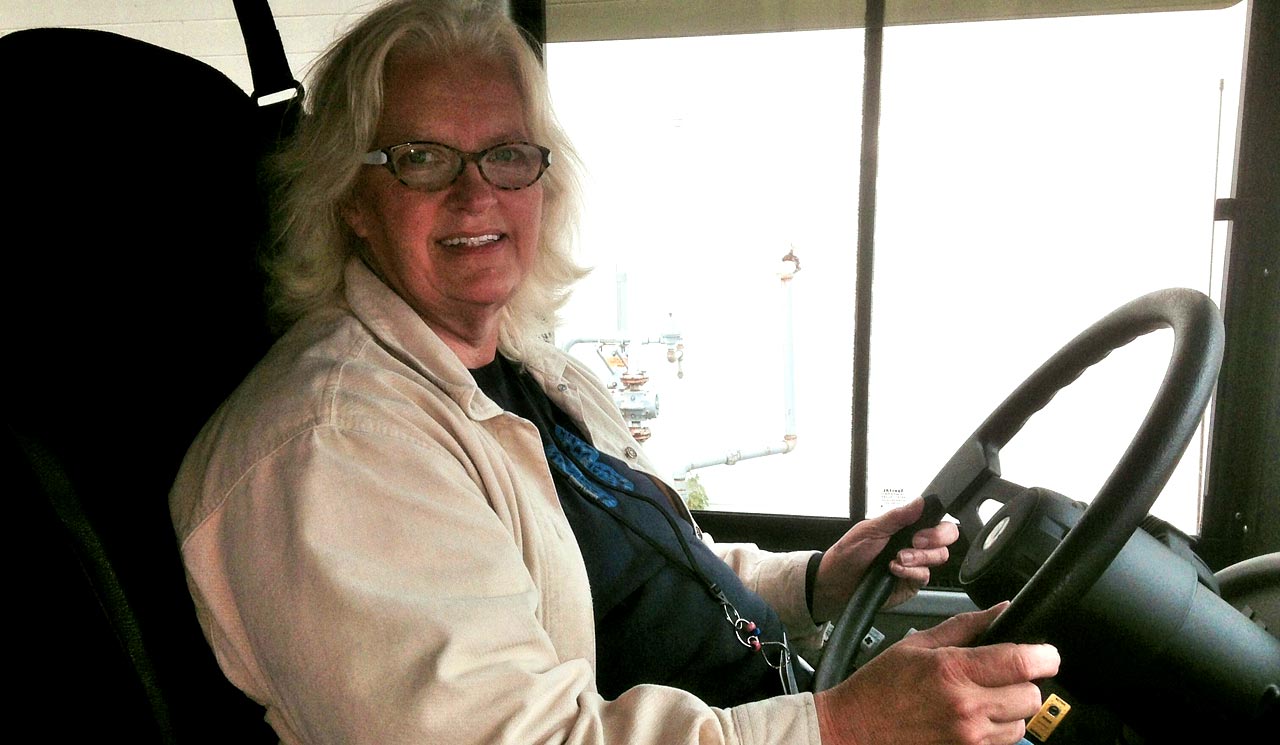 It started with a dare.

Kimm McKallips had mostly been a stay-at-home mom for about 15 years. The mother of five – three boys and two girls – had sons who ran track and cross country at Goshen High School. One day, she did what all good high school sports parents do before a meet: take food to their kids before they head off in a bus.

“They eat lunch in the morning, and then they’re expected to perform really well for a 5 o’clock track meet,” Kimm said. “I would bring food for them, and they could eat it on the bus.”

Before one meet, the bus was at the school but the driver hadn’t arrived. The coach explained that the drivers were finishing their school routes.

“I said, ‘Oh, that’s really too bad,’” Kimm recalled. At that point, the coach “dared” her to be a bus driver. Kimm was skeptical.

“And the coach said, ‘Listen, you’ve got five kids. You drive a station wagon. It’s not much different,’” Kimm said. “So I checked it out and started training and I had my license by the following August.”

Kimm started as a substitute driver in 1999, and became a full-time driver in the spring of 2000. These days, she’s one of close to 40 Goshen Community Schools bus drivers dedicated to transporting the children of the Maple City safely to and from school and other activities.

For Kimm, the decision to become a bus driver made sense.

“I love kids and I like to drive,” she said. “So I figured it was a good combination.”

Want To Drive A Bus?

For be a substitute driver or inquire about other bus driving opportunities at GCS, visit the website.

Kimm is from Sheboygan, Wis. (“Where they make the wonderful Johnsonville brats,” she noted).

She came to Indiana in December 1977, right before a massive snowstorm that was her introduction to the Hoosier state. She met her future husband while living in Warsaw, and the two were married in 1979. The family eventually settled in Goshen in the mid-1980s.

Fun fact: The name that appears on Kimm’s driver’s license doesn’t quite jibe with what GCS students have called her for the past 16 years.

As a driver, Mrs. M’s day begins early in the morning.

“I have to be here right around 6:30,” she said. “And that’s for pre-tripping the bus – you’re checking out the lights, making sure all systems are go – not only lights but the air brakes, making sure there are no damaged windows.”

Kimm’s pre-trip routine also includes checking that emergency window releases are working, inspecting tires for flats, and making sure all alarms sound. It’s a big daily checklist, but one Kimm can accomplish in about 15 minutes because she’s been doing it for so long.

In fact, Kimm has been driving a bus long enough that she occasionally encounters students who rode her bus years ago.

“I took a group up to IUSB recently for a college visit,” she offered by way of example.

“Sometimes in those situations they’ll go, ‘Mrs. M, you’re still driving!’ Then they’ll ask, ‘Do you remember me?’”

Kimm will point out to the student that he or she has probably grown up a lot since they last saw each other. She then asks where they live, adding that then she’ll probably remember at least their first name.

With that information, “I go, ‘Oh, of course,” Kimm said. “Then I can ask them about what they’ve done. I feel like there’s a camaraderie there of sorts.”

Sometimes a student will ask if Mrs. M still has one or another of her bus rules. Her response?

“Why do you think I’d change?” she said with a laugh. 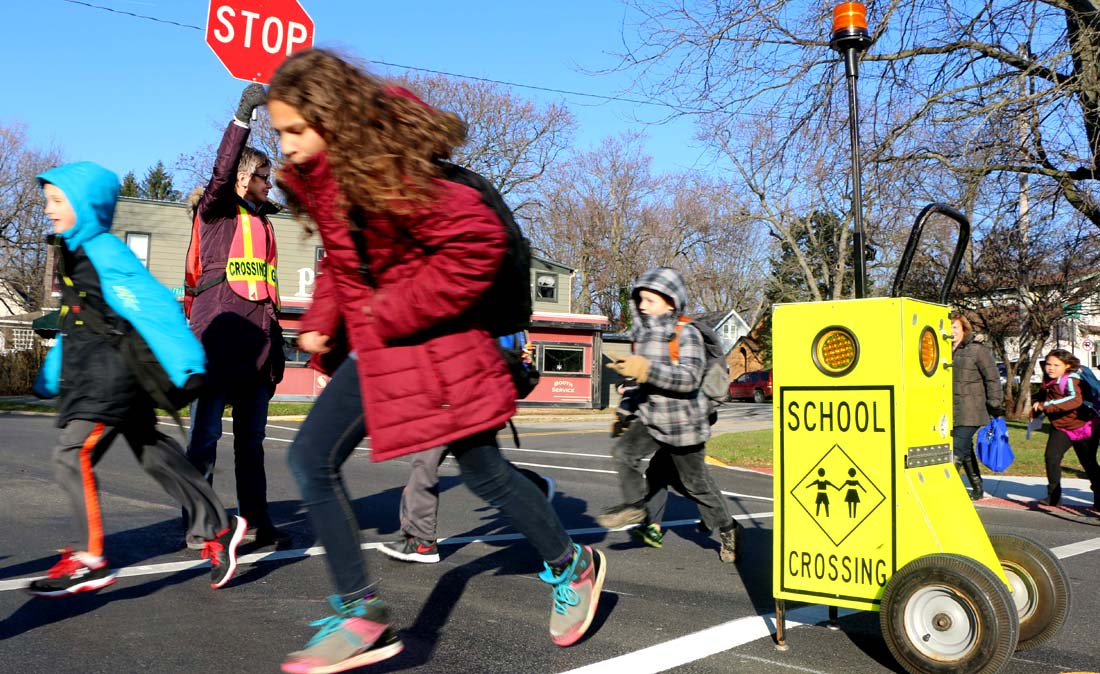 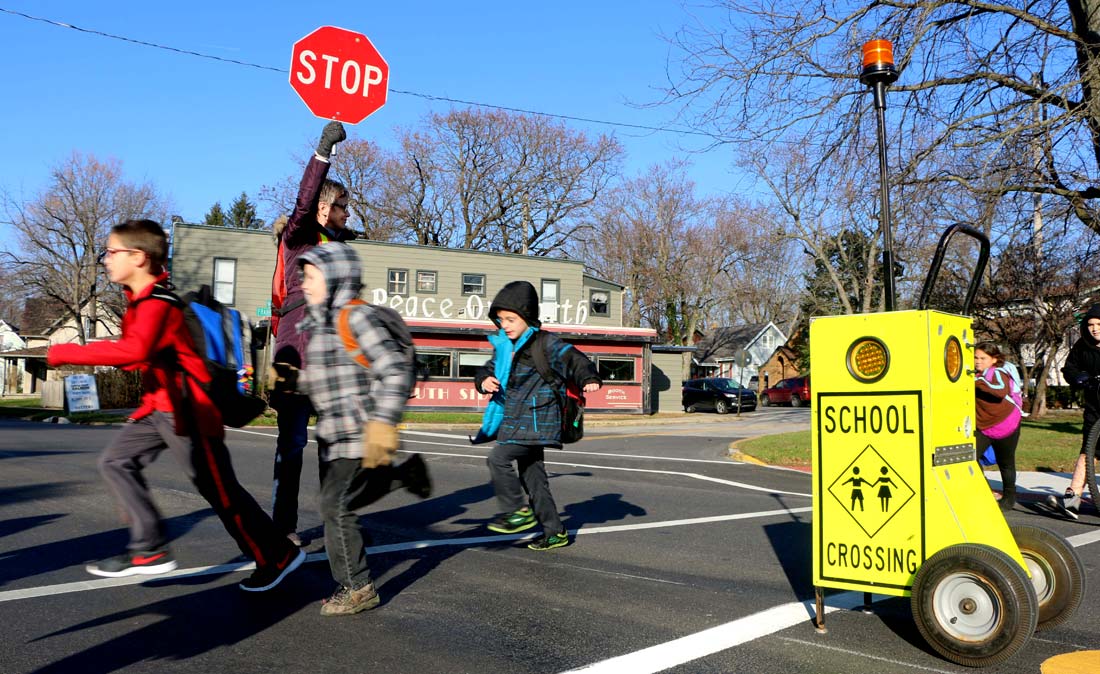 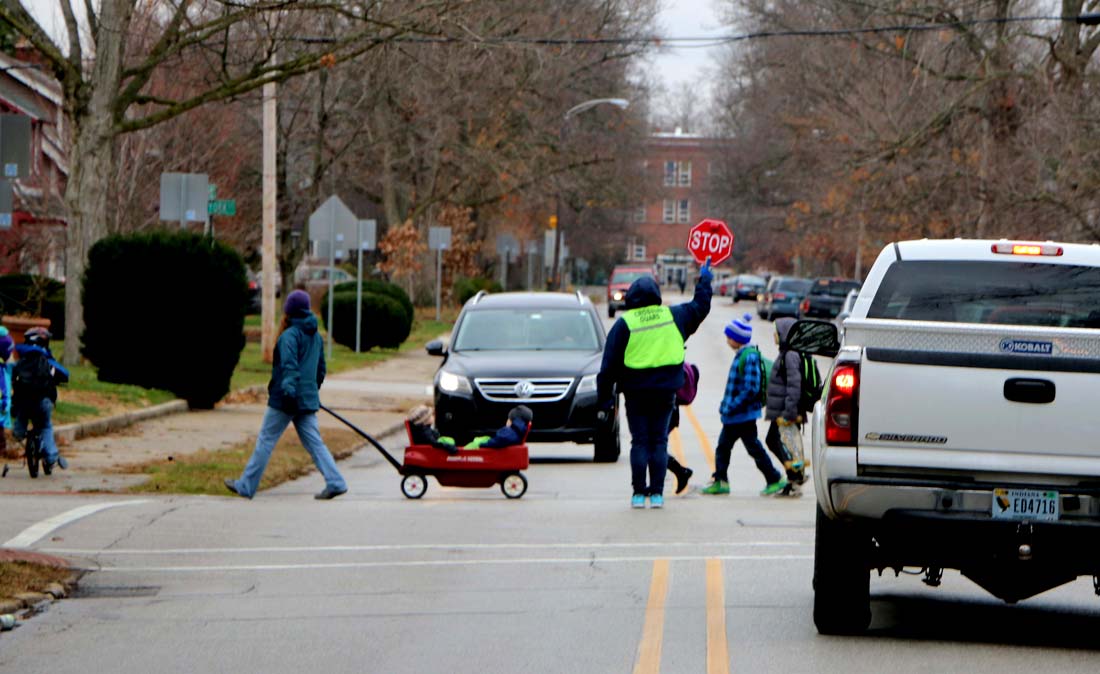 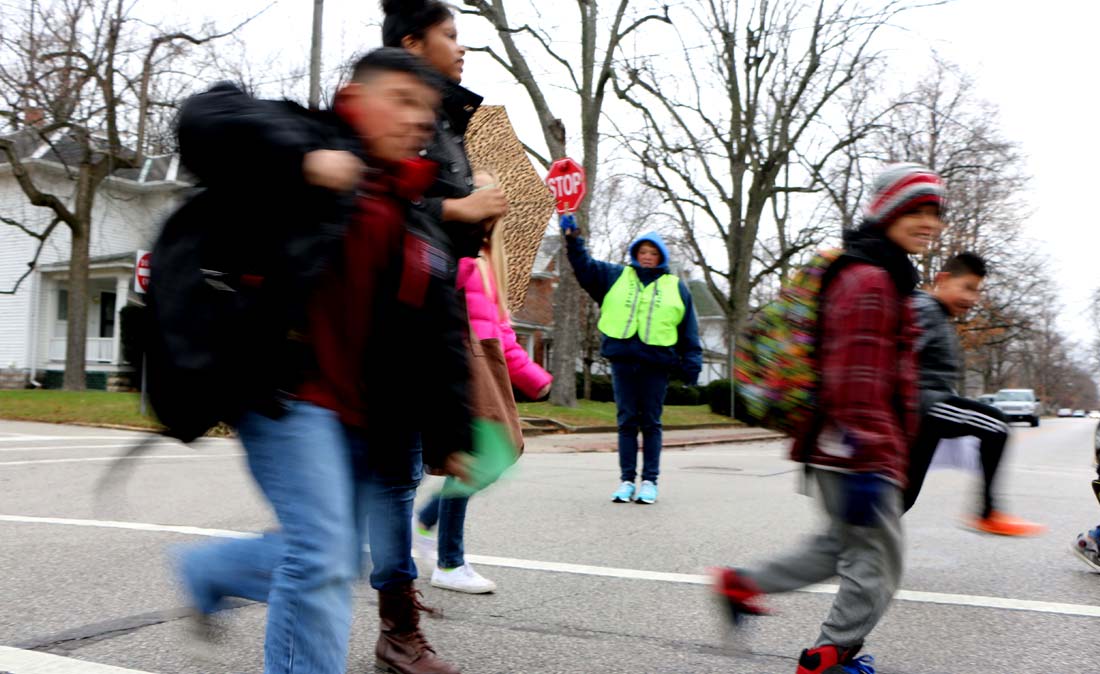 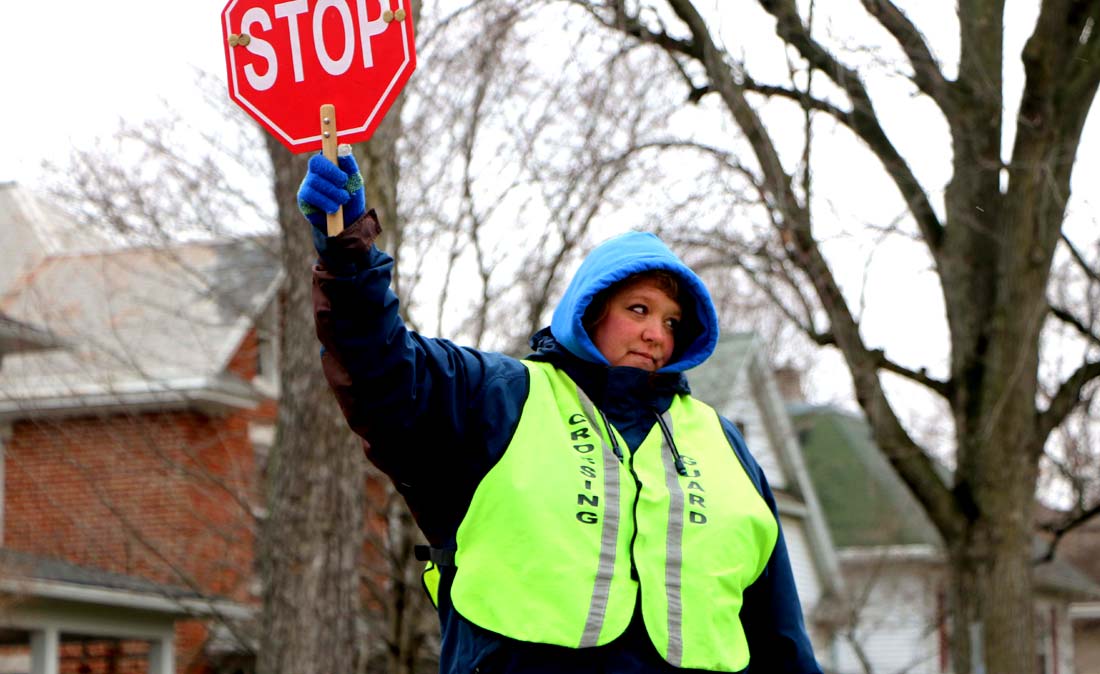 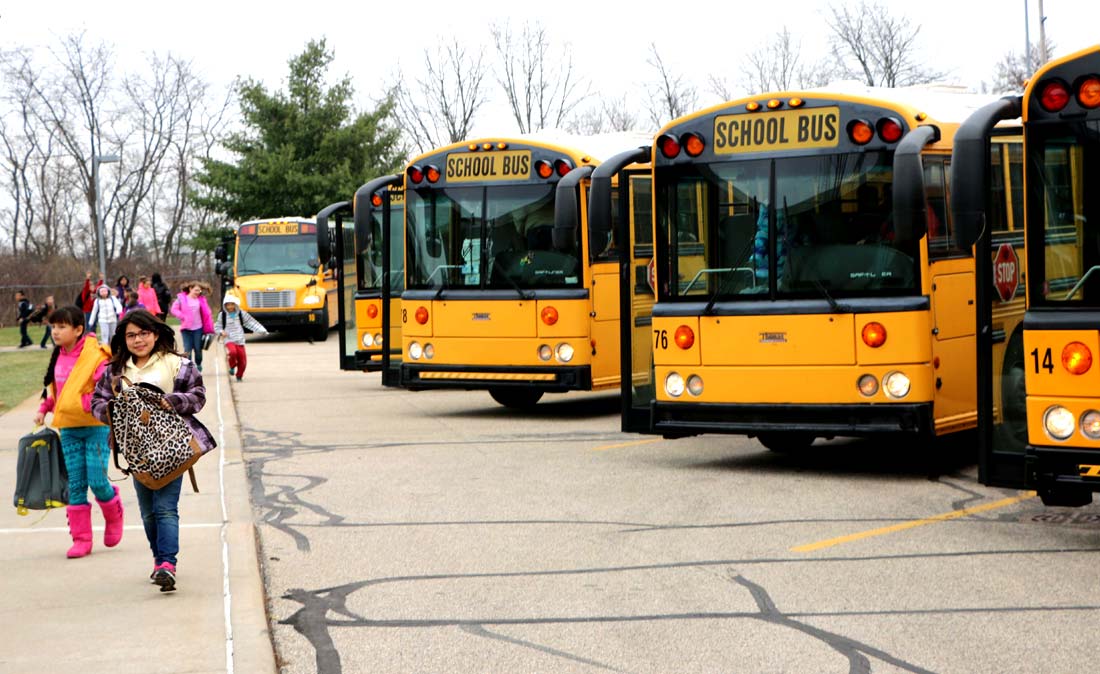 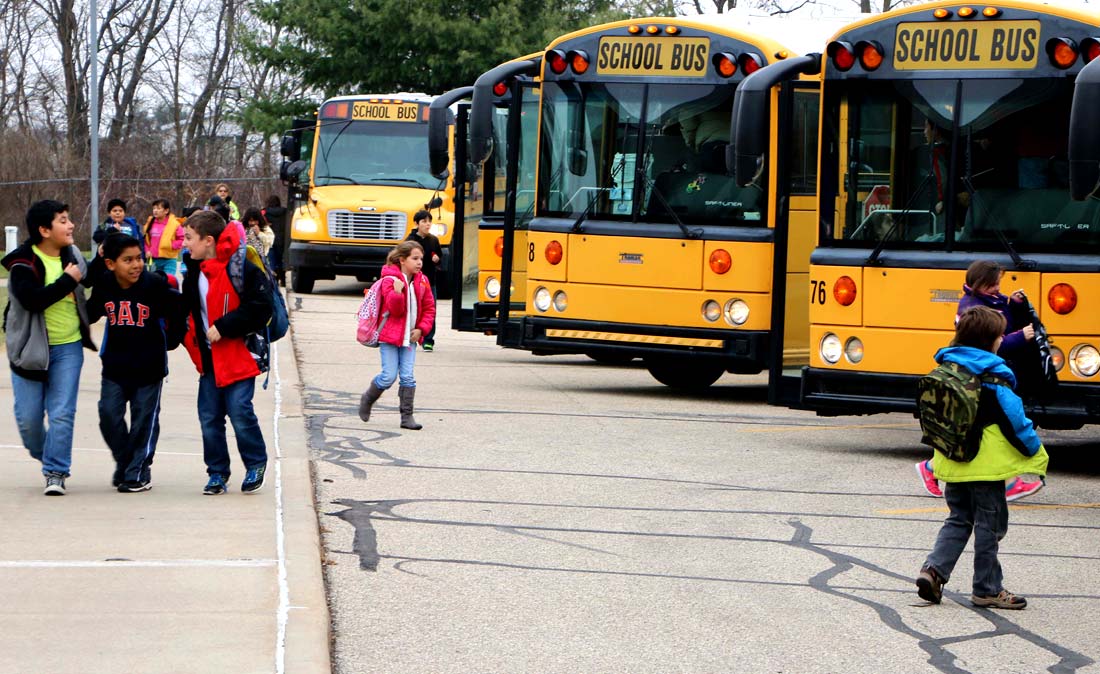 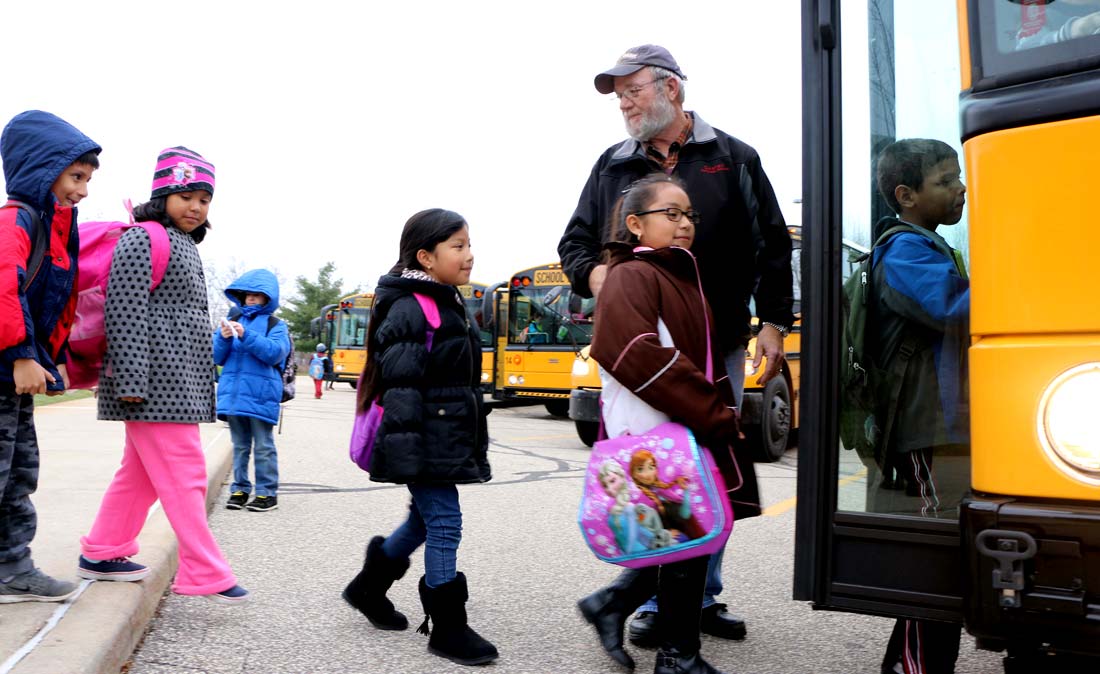 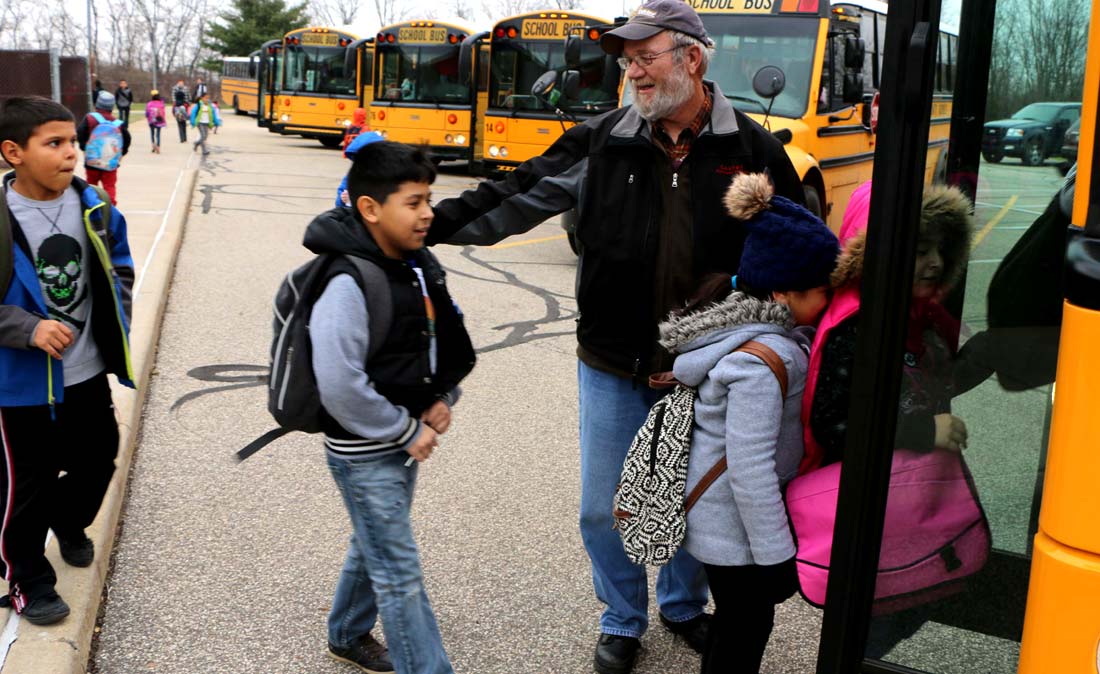 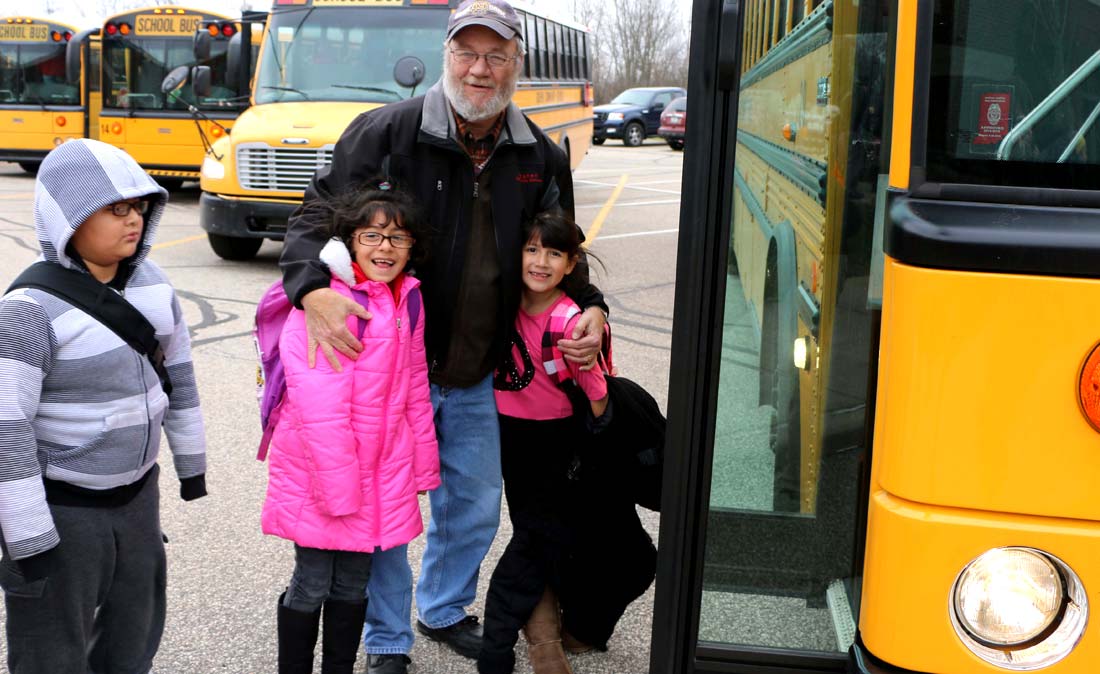 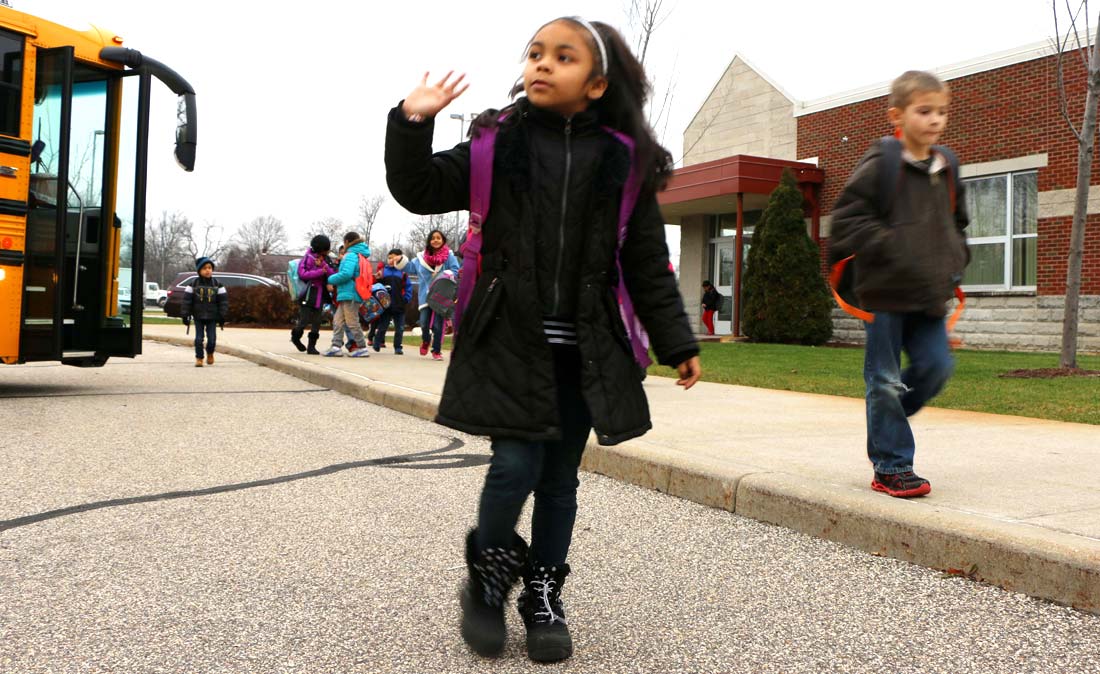 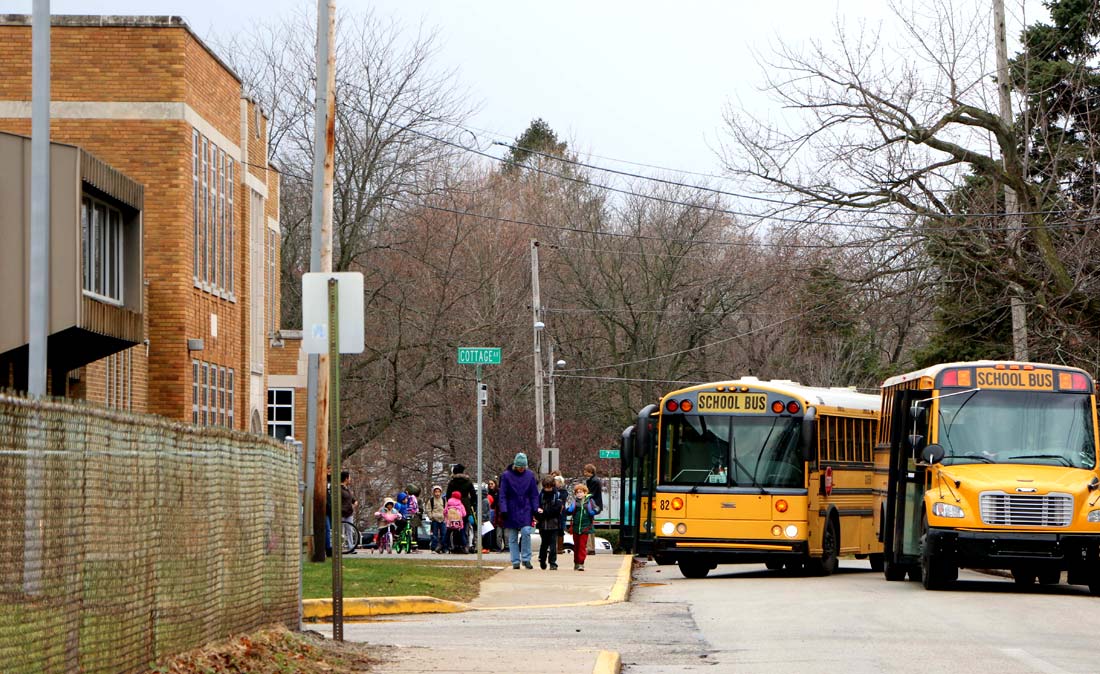 Thanks to everyone who helps to safely get kids to and from school!

More than a chauffeur

Mrs. M has rules, and she’s stuck to them for years. One rule is that there are always assigned seats on her buses.

“I found out early on that the kids like to have a piece of the rock that’s their own,” Kimm said. “If they always know they’re going to sit in seat No. 10, and they’re going to have their best friend sit next to them, then they can just walk in and sit down. They’re more content that way. If they have to fight for their seat, people become not-so happy campers.”

GCS administrators encourage drivers to know the kids on their bus and say their names when they get on. Kimm supports that idea wholeheartedly.

“Some kids will get on the bus sad, or they’ll have a bad day at school,” she said. Something as simple as saying a child’s name and asking, “Are you OK?” can make a big difference.

“Not that I want to get into their business, but if an adult is interested in what they’re doing – or if they at least say, ‘Hello’ and ‘Good morning,’ it tells the students that I notice and respect them. Sometimes, that’s all they need.”

Being a bus driver comes with a few challenges, though. For one, keeping the bus of children safe.

“It’s always a challenge when the general public doesn’t stop when I’m stopped and I have the red lights flashing, and I have two great big stop signs on the side of my bus making it obvious that I’m stopped,” she said.

Student safety is a top priority for bus drivers, and Mrs. M has some simple advice for other drivers on the road.

For Kimm, there’s a satisfaction in completing the job every day – “getting everybody to school and everybody home safely” has always been her number one priority.

Kimm said she could retire, but she isn’t planning to just yet. And so, 16 years after she accepted a dare, Mrs. M is still behind the wheel and on the road. 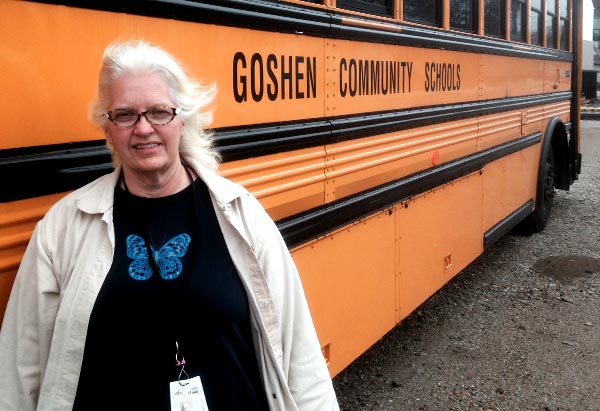 For Kimm, there’s a satisfaction in completing the job every day – “getting everybody to school and everybody home safely” has always been her number one priority.