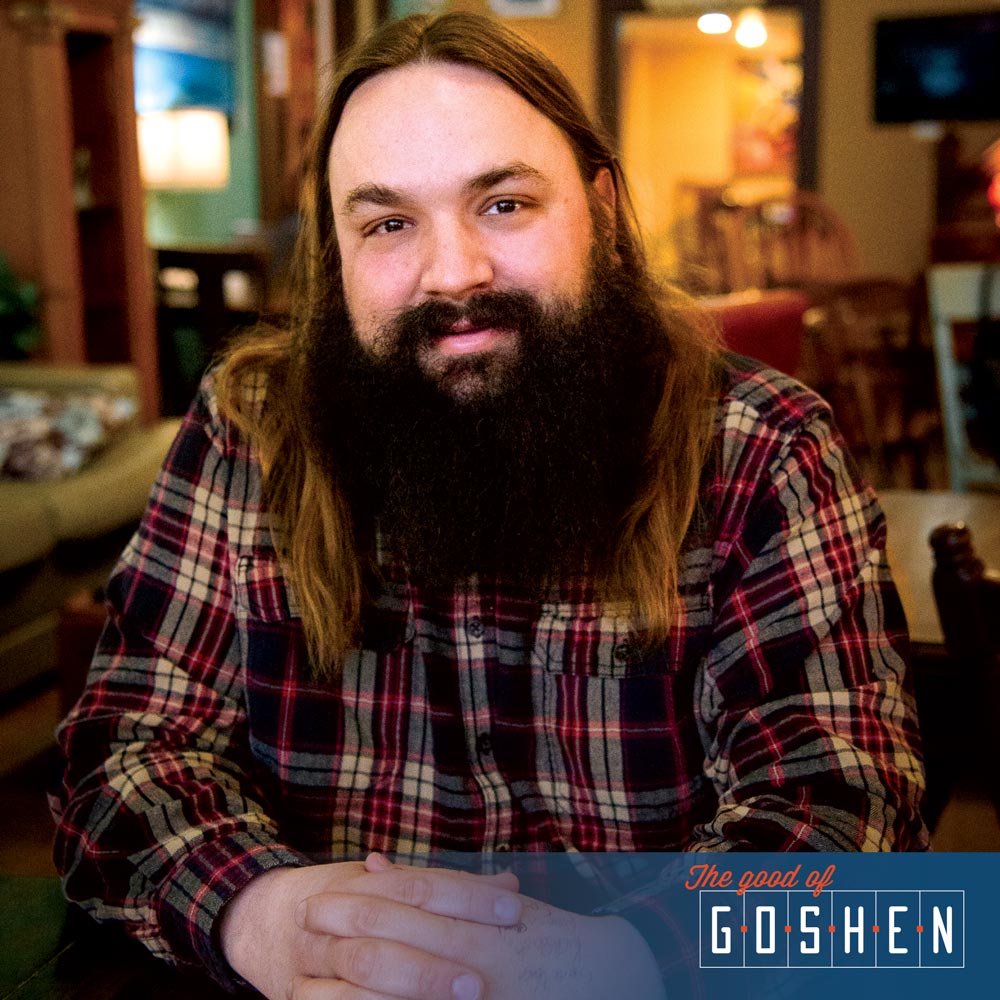 When I came back to Goshen from Korea I started living with my girlfriend, who is now my and ended up in a house with three other musicians. We started jamming and we played together weekly. A while later I needed a way to propose to my wife, so my friends and I started a group and played in Art Alley at a January First Fridays. There, we played my wife’s and my song and I proposed to her. That was super fun and a great way to get friends and family there. After that, we played as a band at the wedding and wanted to keep doing this. So in that band became what is now: The Tumbleweed Jumpers.

Growing up I lived in Elkhart, but my mom and dad were always doing stuff in Goshen. My dad had a pottery studio for 30-some years in the Old Bag Factory, so we were always around. I moved here officially to attend Goshen College, where I graduated in 2009. I started playing piano at age 7 and was involved in anything musical I could get my hands on – groups at Concord, jazz groups, orchestra, outside ensembles, etc. When I started at Goshen College I was a music minor but I quickly realized how much music education had impacted who I was and started down that path. I’m now an elementary school music teacher!

As a musician, I love Goshen because it gives opportunities to musicians of all levels. Here, people really want to see you succeed. They appreciate you and your work and want to be part of it. Local musicians are also so responsive to each other and support each other. I’ve gotten to be part of other local musicians’ groups and we’ve been able to create something that would otherwise not have been possible. At Ignition Music we opened for the Ragbirds and we got to network and talk to them. Here, no one tries to cut you out or cut you down. People operate in a way that is like, “How can we make you better, and how can we make you better together?”

My advice to people who want to start their own band would be, “Don’t worry about having a direction.” To me, music is getting together with your friends and creating, and you will find that direction. But once you’ve started, find people in the scene and befriend them and learn from them. If you get the vibe in the music creation with your friends and get that spark, everything else can be learned. But you can’t fake the energy