Eric Kanagy – The Good of Goshen 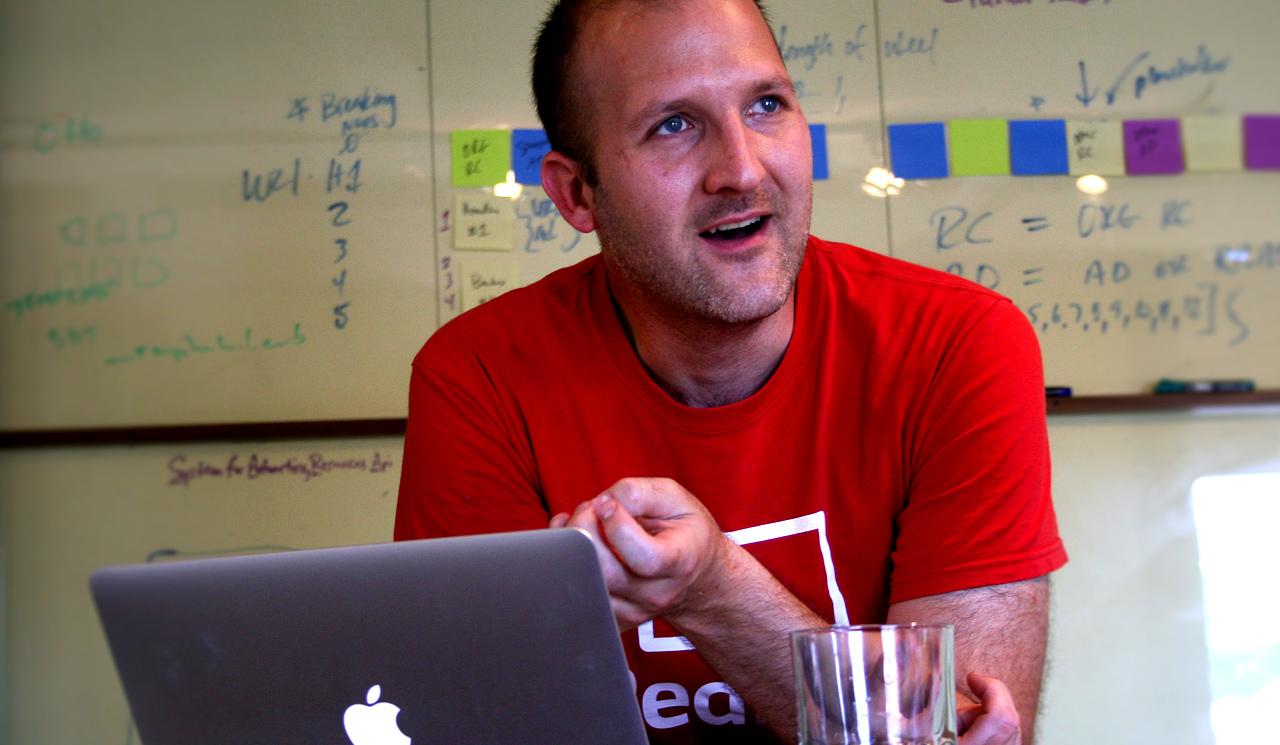 The tech company Eric Kanagy (GC ‘03) started in 2007 could have been located anywhere.

After graduating from college, his dream was to work in Silicon Valley. In fact, he did work there for a little while, but wasn’t impressed. He worked in a few cities out east, but eventually came back to Goshen, where he had graduated from college a few years before.

Since returning, he’s established himself as a local entrepreneur. The tech company he started in 2007, RedPost, which mostly focuses on digital sign advertising, continues to grow in Goshen, but has reach far beyond northern Indiana with clients in New Mexico, Chicago, and New York. He helped start First Fridays, now a very popular monthly event, is a co-owner and co-founder of Venturi, the only Neapolitan pizzeria in Indiana, helped start New World Arts, a local theater, and created Innovation Center Downtown Goshen, transforming a former laundromat into several workshop spaces for small business owners.

… once you’re able to connect to the network of creative minds in Goshen, you’ll find a supportive community …

Where is Eric working today?

Traditional and most new media don’t reach people where they are – check out the latest from Redpost. redpost.co/publisher

Venturi is a certified neapolitan pizzeria and Italian restaurant in Goshen, Indiana

A collaboration of upstart businesses who have chosen Goshen as a place to grow their big ideas into successful ventures.

New World Arts is the only all-volunteer theater in Northern Indiana dedicated to professional quality productions, relying on the collaborative creativity of our entire community.

Art House provides a creative outlet for the next generation of entrepreneurs and artists by operating a low-barrier, high-possibility venue for film, theater, dance and music.

Downtown Goshen, Incorporated successfully activates the downtown business district and attracts a diverse audience of people to the City.

New companies don’t just happen; it does take a lot of hard work, Eric explained. But once you’re able to connect to the network of creative minds in Goshen, you’ll find a supportive community.

“If you have a good idea and you work hard,” Eric said, “there are other people who will definitely help and who are very collaborative. It does take work.”

Starting a tech company in what has traditionally been an RV and mobile home manufacturing hub means that Eric has been able to use RV suppliers for parts in a completely unrelated product.

Much like how Goshen College is a smaller college where students can be involved in a variety of activities far outside a student’s major, Eric explained, so the city of Goshen is a size that allows people to try something new or different from their day job. 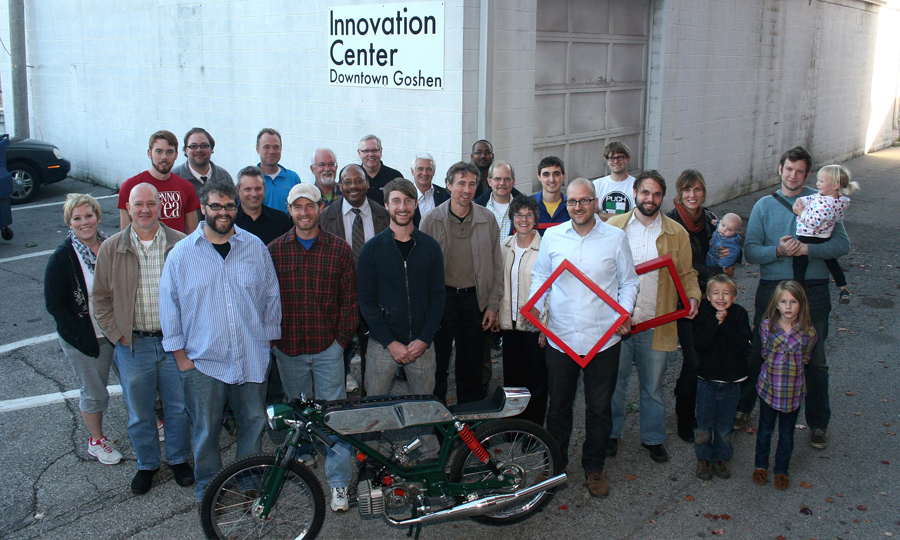 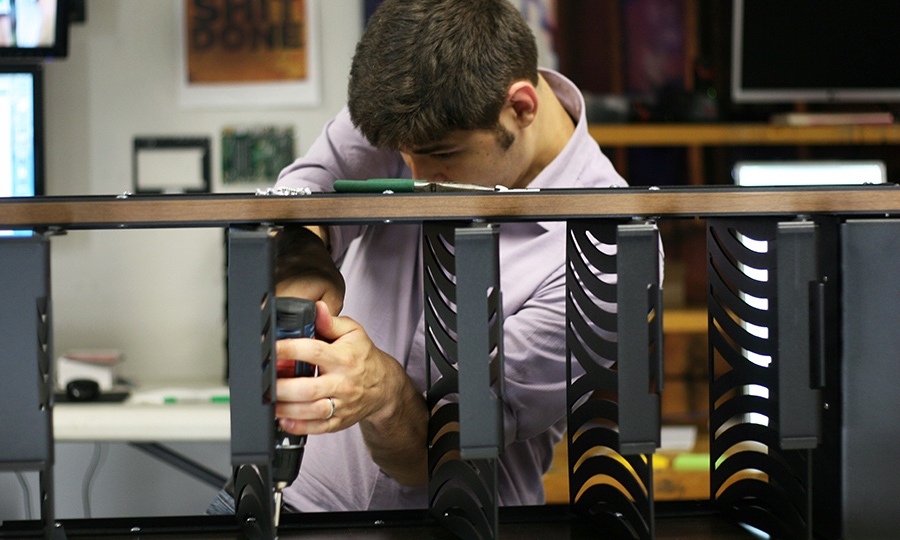 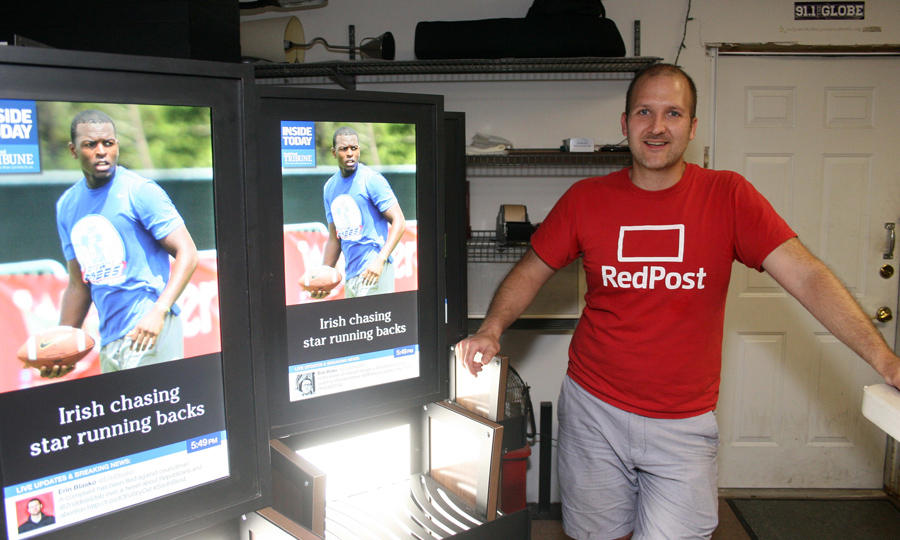 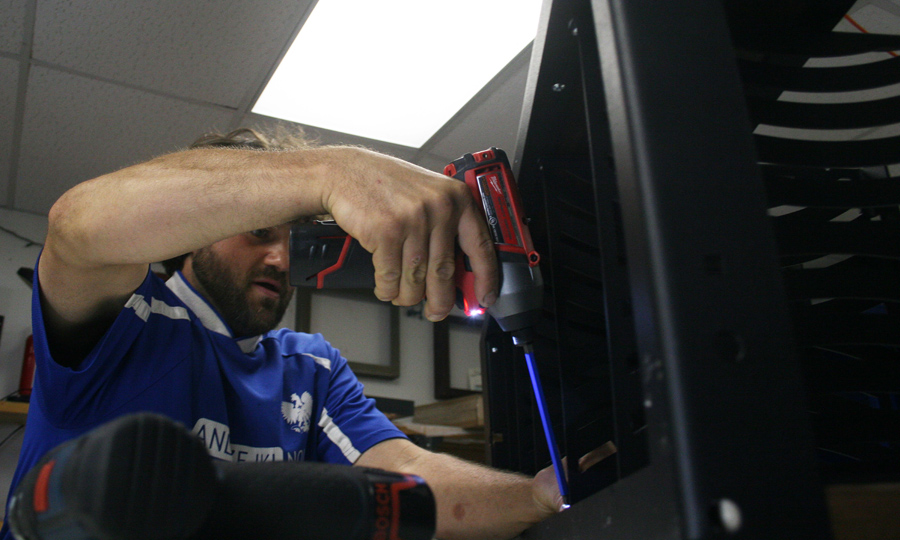 “It’s the Dave Pottinger and Faye Peterson approach,” Eric said, referencing a family behind much of the downtown’s revitalization, “which is you don’t need this, big, massive plan. Here’s your next step, let’s get some people on board, here’s a space. It’s very collaborative.”

Eric sees more and more people latching on to that vision.

“What’s exciting to me is that there’s a new start-up community starting,” he said. “A community of people trying to do new things and taking on large problems…” Volunteering around town, like at First Fridays, is a sure way to connect with that group, he noted.

“That’s exciting too that there’s a whole explosion of new housing, artists’ housing, a boutique hotel and a brewery,” he said. And they’re all places Eric is able to walk or bike to from his home. “You can walk to an indie movie theater and then have ten options of where to eat.”

Because of Goshen’s size, he’ll likely see friends during the trip too, which he appreciates so he doesn’t have “to work to be social” like in larger cities.

“The secret to Goshen,” he said, “is to live within walking distance of downtown. If you do that, it’ll be an amazing place.” 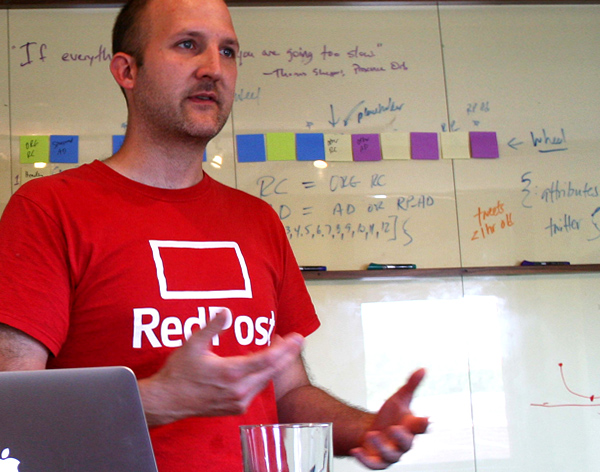 “If you have a good idea and you work hard, there are other people who will definitely help and who are very collaborative.” 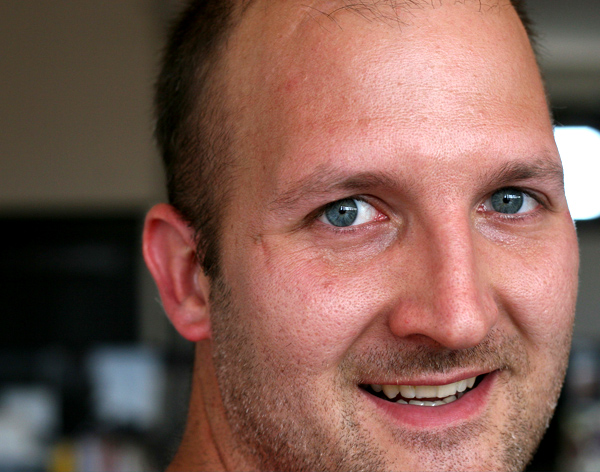 “Once you’re able to connect to the network of creative minds in Goshen, you’ll find a supportive community.” 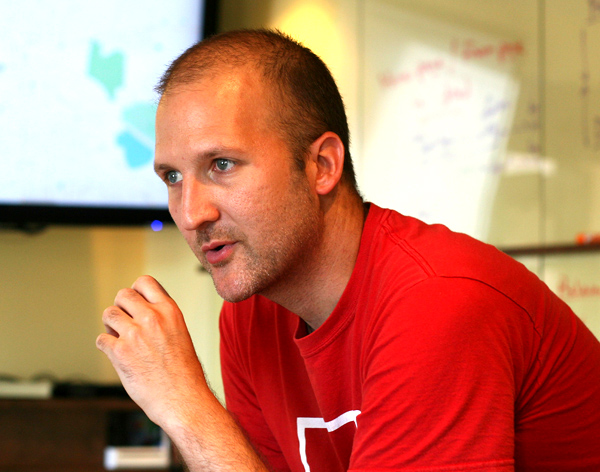 “The secret to Goshen is to live within walking distance of downtown. If you do that, it’ll be an amazing place.”