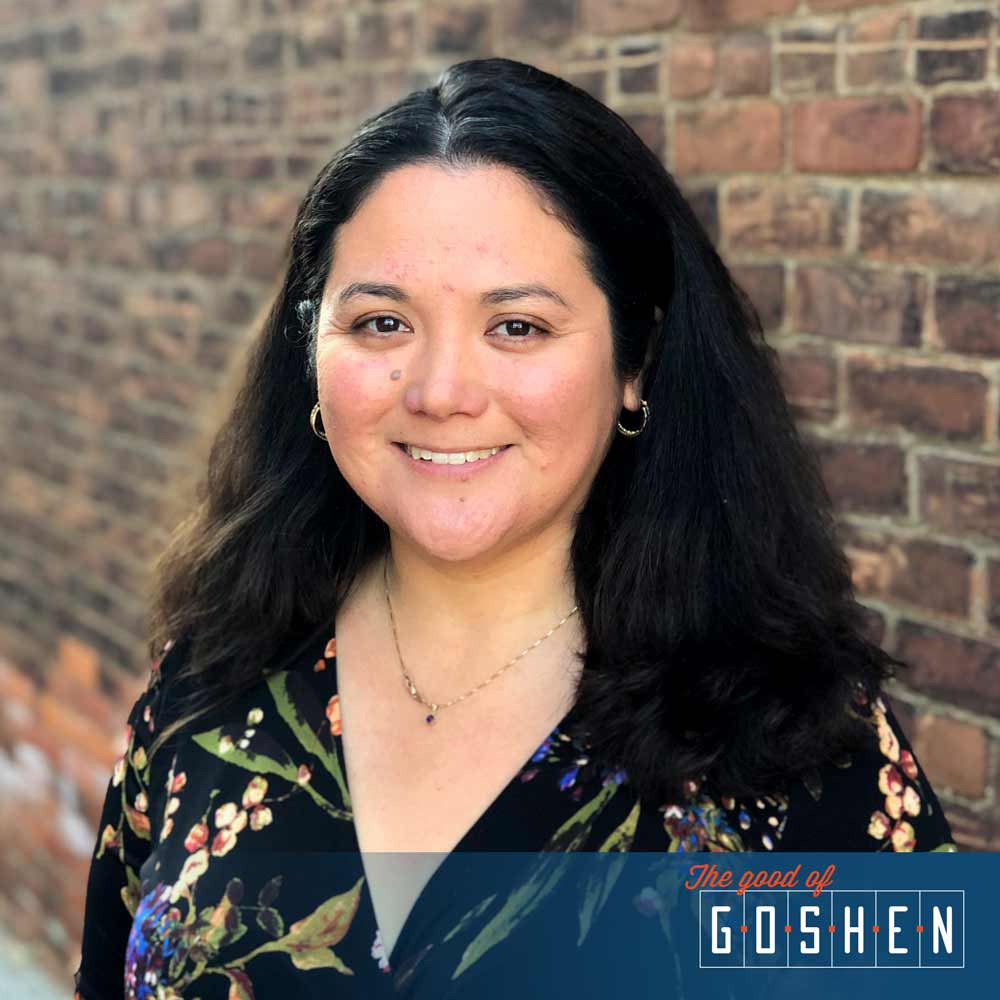 At first I was going to commute from South Bend, but then I started working at Goshen College. I was like, wait a second, this is a really cool town. I want to live here. I don’t want to commute.

My husband and I bought our house and got married in the same month we moved to Goshen: September 2010. We thought it would be a couple of years in Goshen, and there would be a jumping-off point, but it ended up being much longer.

I started realizing that I’m never going to Target or Wal-Mart, that I can get my food from people I know. That even on a middle-low income, I can afford fresh organic foods, and if I want to go see my pig before I eat my pig, I can. Ya know? I thought that was a really cool culture that I could be a part of.

I have lived here for nine years. I’ve worked at all the best nonprofits in this area. I worked at Goshen College. It was my first job here in Goshen. I was there for three years; it’s what brought me here. Now I’m an associate program officer at the Community Foundation of Elkhart County.

I love the Farmer’s Market. At the Constant Spring, we were trivia champions back in the day. I would play trivia with my husband and we met people, and that’s how I originally connected to the people that I knew that were peers. Now, with a child, I definitely love Goshen Brewing. She thinks of it as her brewery.

I loved that today I got to go to the ribbon cutting of the inclusive playground. I can’t wait to take my daughter there. It’s something that’s really fun and something to be really proud of in this community.

The inclusive playground that people of all abilities can use – a merry-go-round that wheelchairs can go on, a place where grandparents can interact with their grandkids while they’re playing. There is space and opportunity for people with different mobility issues to be able to play. It’s bright and fun and fantastic.

Here, I felt there was more that was a lot more unique, a lot more places where I felt like my money would stay local, where I could connect.