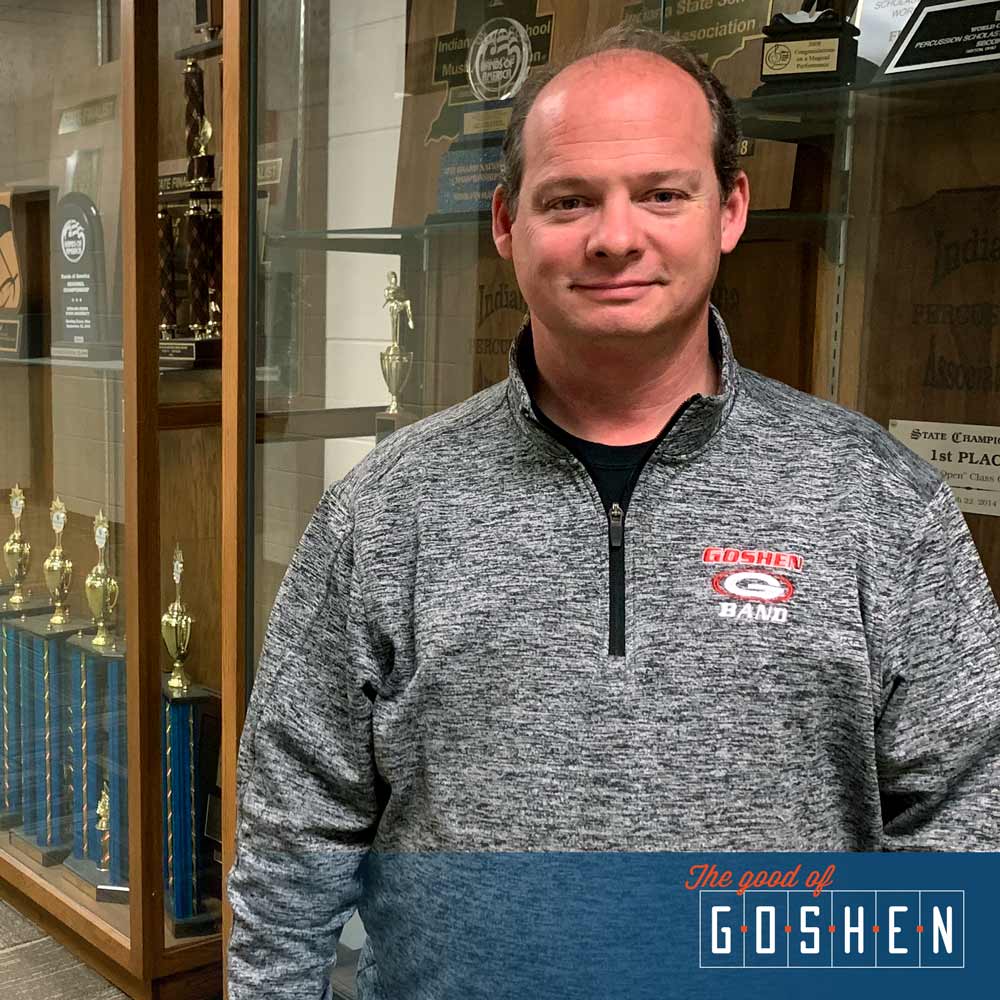 The year before I took this job, I sat at the marching band state finals and watched Goshen High School and thought to myself, ‘That’s a good band.’ The year after, I was here.

I’m a teacher for Goshen Community Schools. I’ve been here 19 years. It was Max Mault who hired me. I left a position in southern Indiana at the behest of my college band director whose wife is a Goshen grad. He called me and said, ‘Goshen’s looking for head director. You should go apply.’

For me, I think the proudest thing is that we’re not a one-trick pony. We don’t just do marching band. Goshen band, particularly, has had state finals in concert band, jazz band, marching band, winter percussion, and winter guard. All five of those groups are state finalists more years than not. For us, certainly the marching band is probably the most visible thing we do, but it’s not the end-all be-all for us. We’re proud to have a wind ensemble that makes concert band state finals, and we have since 2007. I think we’ve won eight state championships in winter percussion. The color guard has been a state champion and is always a state finalist. Our kids have worked hard.

I need to give a shout-out to the other guys I work with: Josh Kaufman and Max Mault and Max Johnson, and our new percussion director Matt James. It’s a team.

I love showing my kids new music. We’re working on a new piece in jazz band today, and I’m just so excited about it. And I think those kids love that. Kids are kids. I don’t care where you were born or what kind of house you live in or how much money your mom and dad make. I really don’t care. I’m here to show you the awesomeness of music. And I think our department 100 percent believes that and has really maintained a quality program.