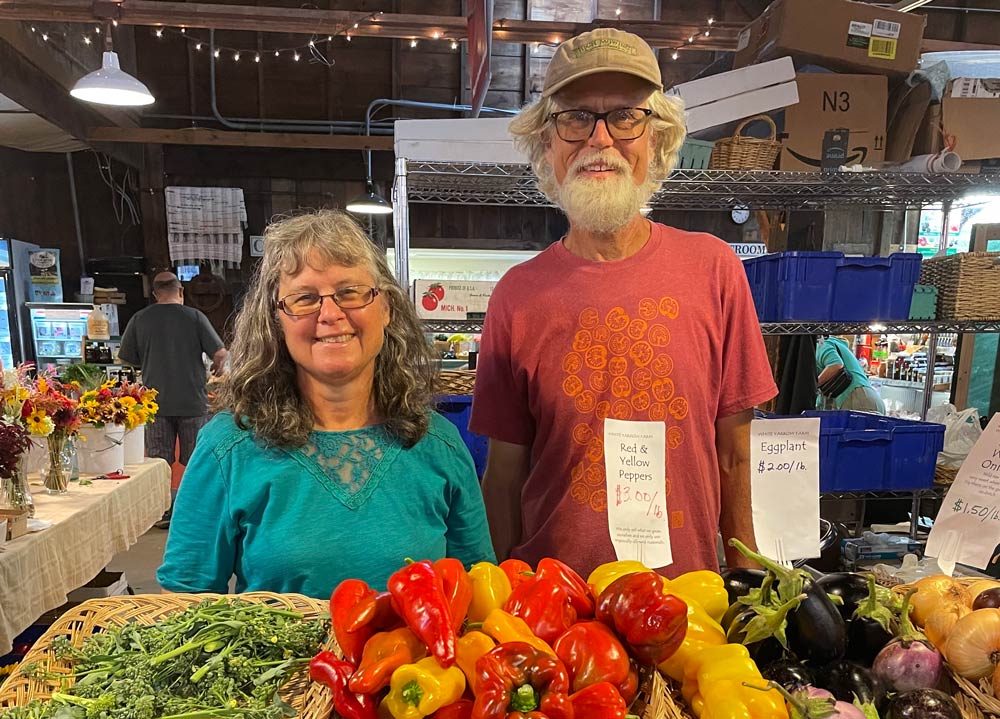 Sometimes I blame my grandmother for what I do now.

She lived right near my parents’ farm and had her own huge vegetable garden and strawberries. I would often stay with her if my parents were traveling, and get dragged there with her.

Lots of times I think of myself as a gardener — a gardener of a huge garden — rather than a farmer.

Right now there are a lot of weeds, but [White Yarrow Farm] is about five acres of cultivated space. We’re surrounded by larger property that we own, but the cut flowers and such fit into the five acres.

The way farming really found us was in Chicago, which may seem a little ironic. Jo and I met in an urban studies program and eventually got married.

That’s one thing that drew us originally in and still does, the CSA basket program.

In Goshen, there’s a sort of core group of people who are not quite so committed to the perfect appearance of a vegetable. They know, if they’re a gardener or a farmer, it may taste perfectly fine but it doesn’t have to look perfect.

There’s sort of that core group that’s been good to us from the very beginning.

Jo often says if I didn’t talk so much to each person at the market things would go faster, but she knows it’s a part of it, too: selling.

I would love to do this several more years. This will be our twentieth season with the CSA next year, and I hope we can do a big celebration for that.

I guess I’ll go till I drop. Jo may retire a little sooner from farming to do more library work. 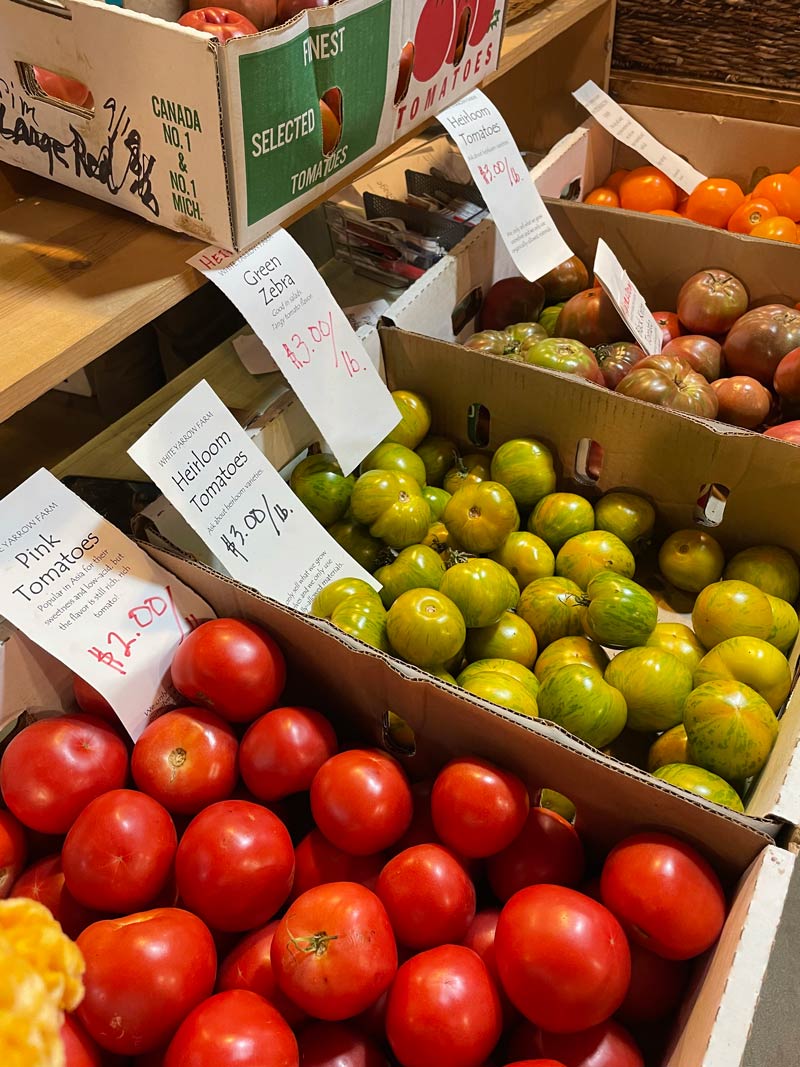 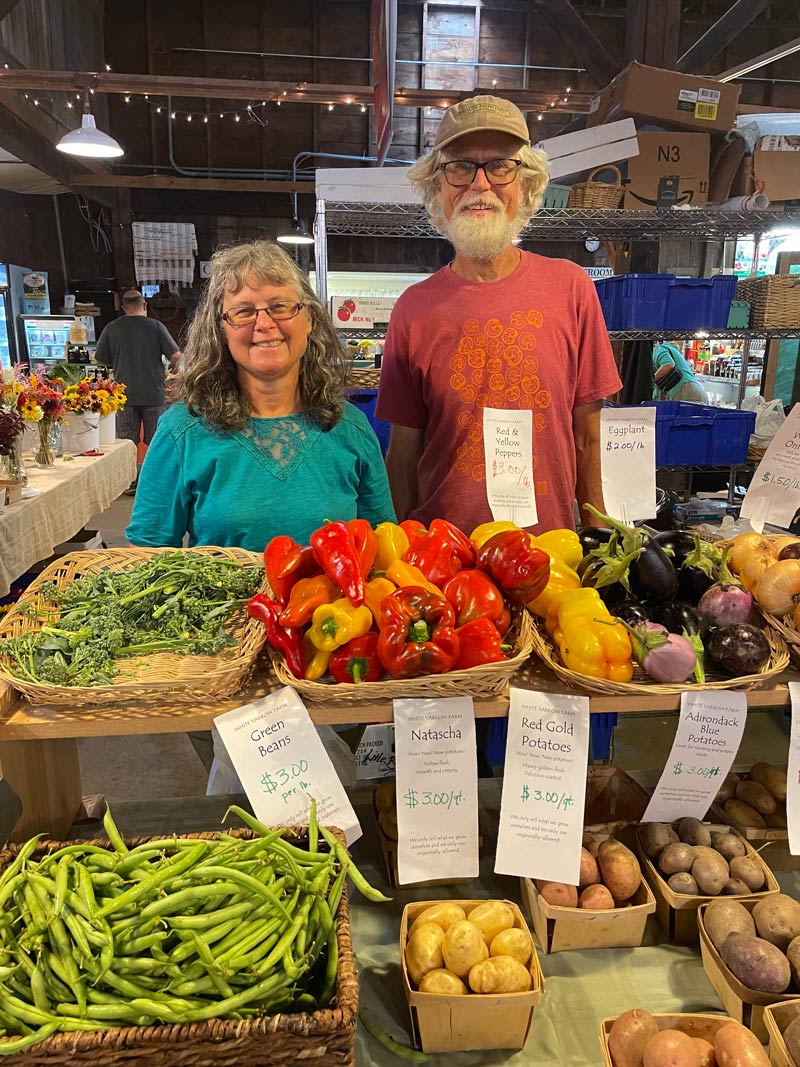 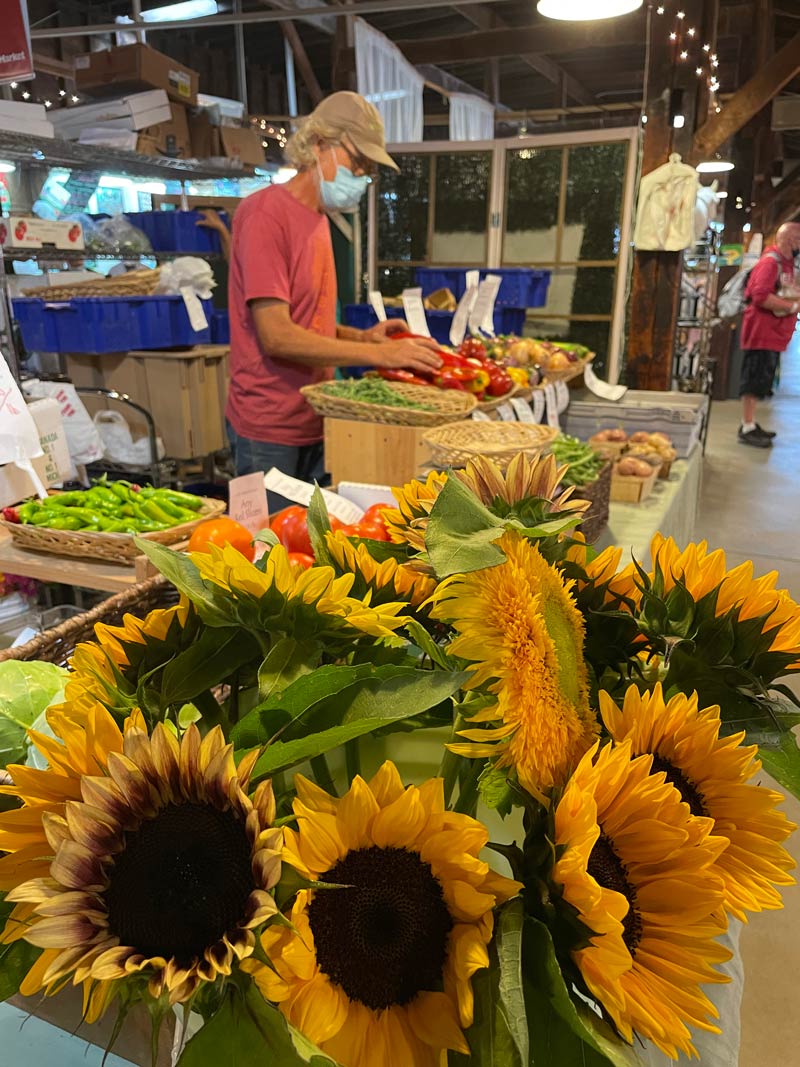 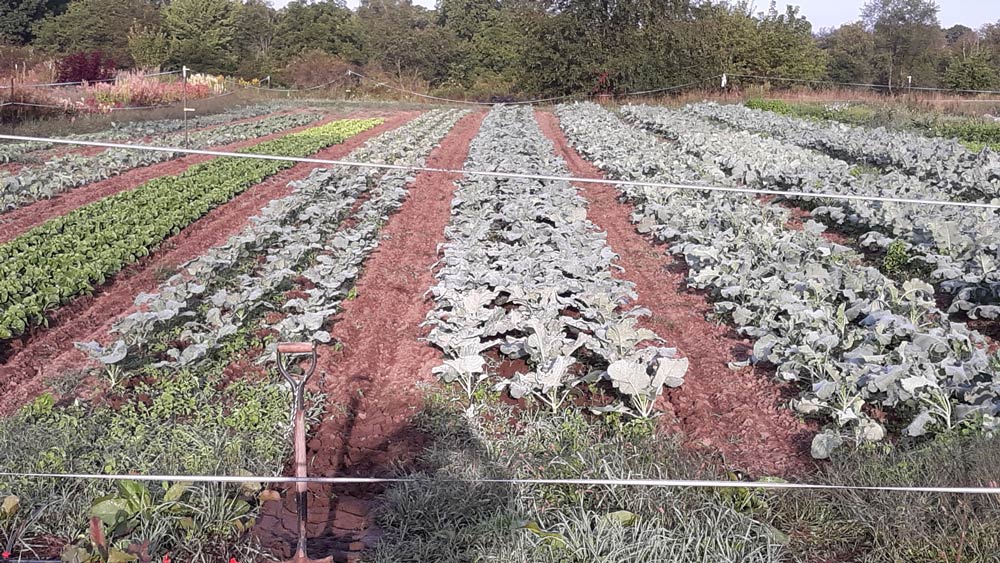 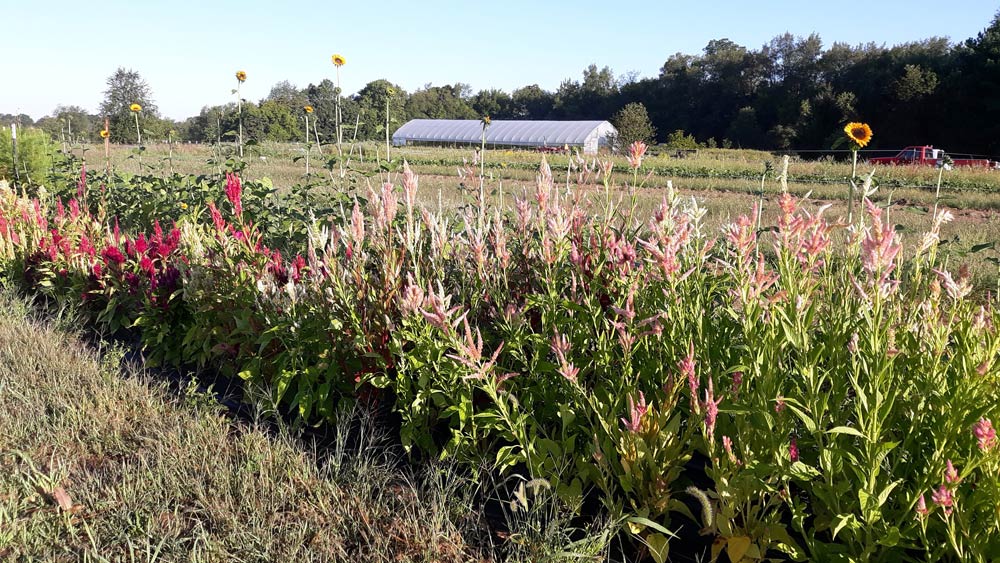 You can find White Yarrow Farm at the Goshen Farmers Market 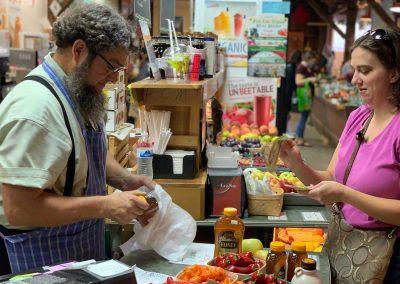 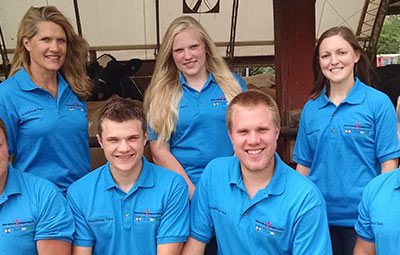 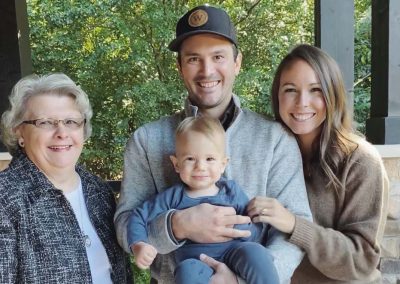 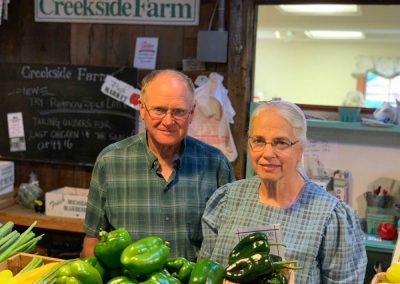 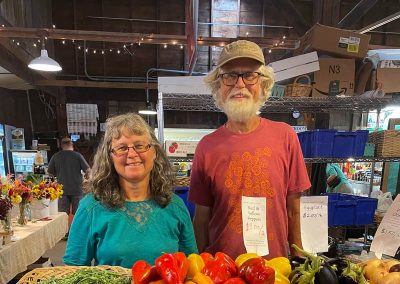 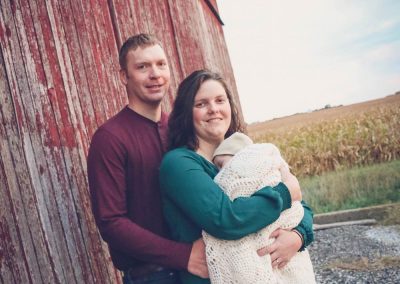 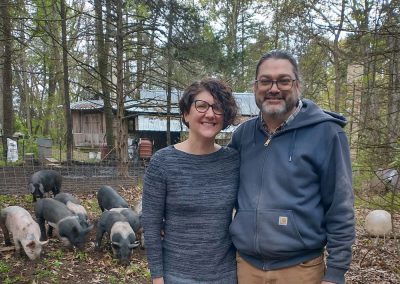 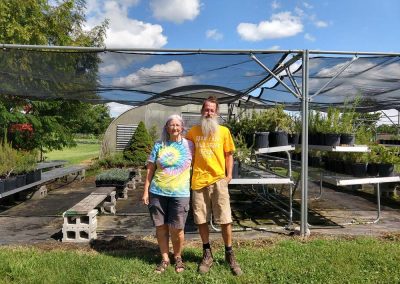 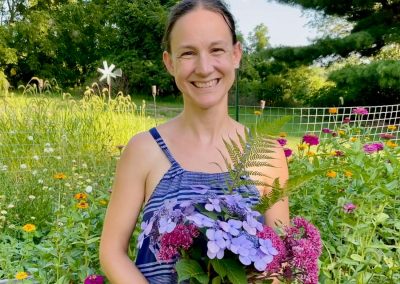 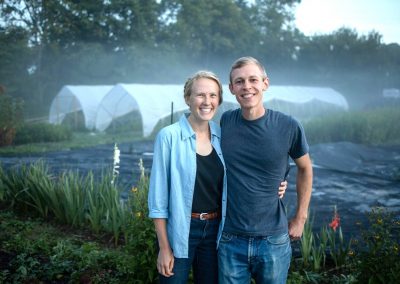 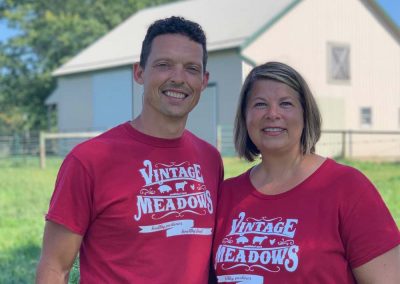 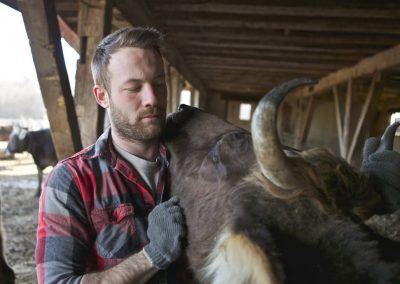 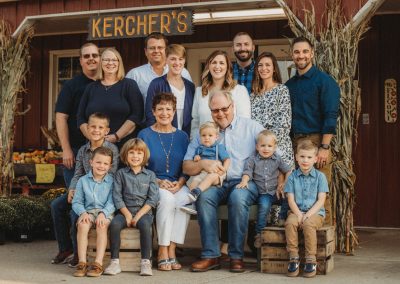 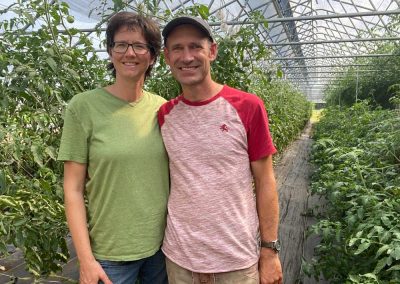 Tell us your story